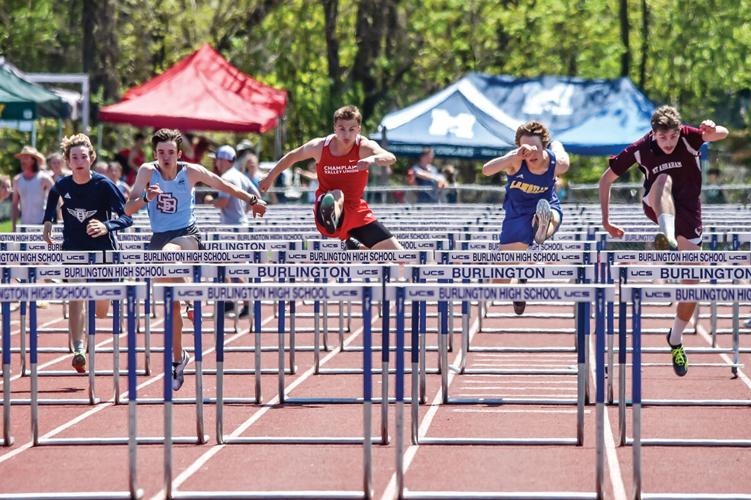 Champlain Valley’s Gus Serinese won the 110-meter hurdles at the Burlington Invitational Track and Field Meet on Saturday, May 14. 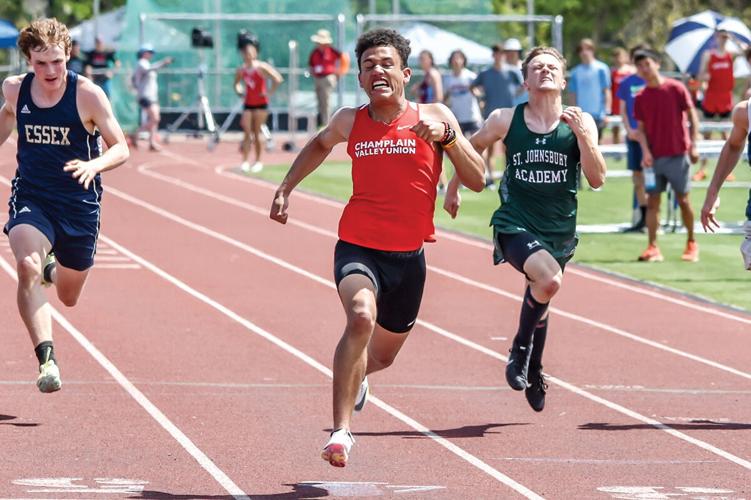 Champlain Valley’s Greg Seraus won the 100-meter sprint at the Burlington Invitational Track and Field Meet on Saturday, May 14. 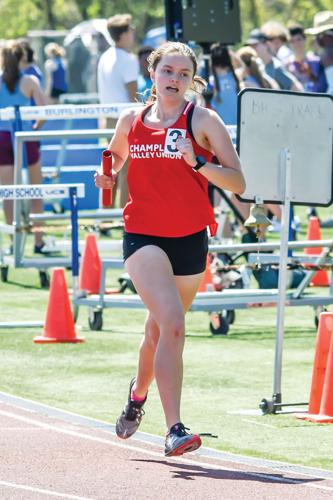 A CVU relay member moves around the track at the meet.

Champlain Valley’s Gus Serinese won the 110-meter hurdles at the Burlington Invitational Track and Field Meet on Saturday, May 14.

Champlain Valley’s Greg Seraus won the 100-meter sprint at the Burlington Invitational Track and Field Meet on Saturday, May 14.

A CVU relay member moves around the track at the meet.

Kate Boget led the way with three RBIs for the Redhawks, while Sophia Stevens and Baylee Yandow each drove in two runs. Olivia St. Peter had a double and an RBI, and Elyse Ayer, Kaitlyn Jovell and Grace Ferguson each drove in a run.

Cassie Bastress and Sage Peterson each got a win at No. 4 and No. 5 singles, respectively, but the team fell in both doubles matches as well as No. 1, 2 and 3 singles.

Turner Elliot added a hat trick and an assist, while Peter Gilliam and Colin Zouck each had a two goals.

Clare Stackpole-McGrath and Ava Medici combined to make 10 saves in goal for CVU, which moved to 9-1.

Ryan Canty got the win, striking out eight and allowing no runs on four hits. Oliver Pudvar went 3-for-4, while Braedon Jones drove in a run.