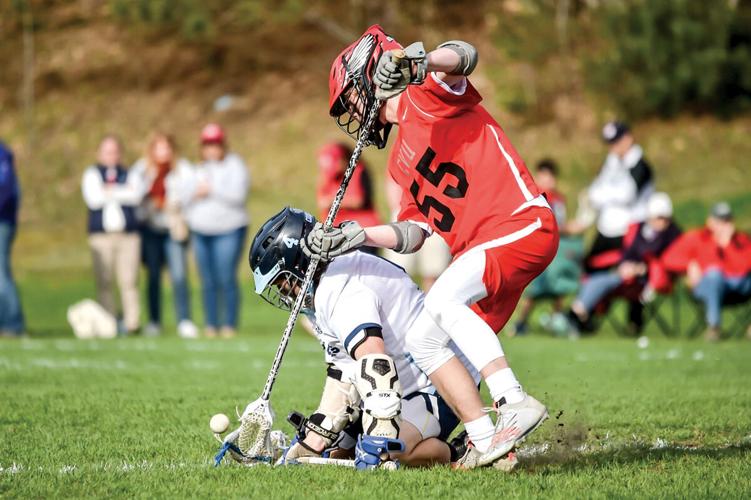 CVU’s Trevor Stumpff makes a play for the ball in a rout of Mount Mansfield May 6. The Redhawks won 16-1. 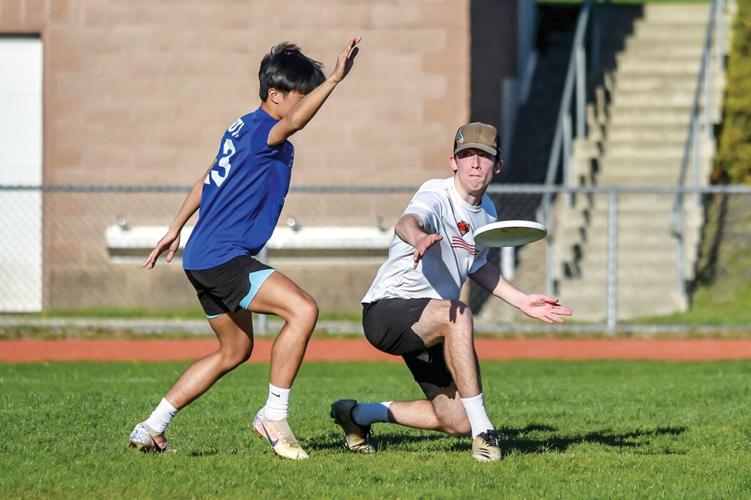 A CVU Ultimate Frisbee player easily avoids the block as the Redhawks nearly blank Colchester 15-1 on Monday, May 9.

CVU’s Trevor Stumpff makes a play for the ball in a rout of Mount Mansfield May 6. The Redhawks won 16-1.

A CVU Ultimate Frisbee player easily avoids the block as the Redhawks nearly blank Colchester 15-1 on Monday, May 9.

Champlain Valley 11, Middlebury 5: The team moved to 6-1 after beating Middlebury Monday afternoon, May 9.

Juliette Chant won on the mound, striking out seven and allowing just four hits. Sophia Stevens had a home run, while Grace Ferguson and Kate Boget each went 2-for-3.

Ryan Canty got the win with a complete game performance. He struck out 10 and gave up no runs in seven innings of work. Travis Stroh had two RBIs, while Kyle Tivnan, Oliver Pudvar and Lews Kerest each drove in a run.

Jake Bowen and Harper Anderson combined to get the win in goal.

The Redhawks also got a win last Friday, beating Mount Mansfield 16-1. Williams had four goals and one assist to pace the offense, while Gilliam had two goals and two assists.

Tabitha Bastress, Cassie Bastress, Sage Peterson and Addison Maurer each won in singles for the Redhawks (3-2), while Isa Trello and Millie Boardman and Kennedy Desautels and Maya Vander posted wins in doubles.