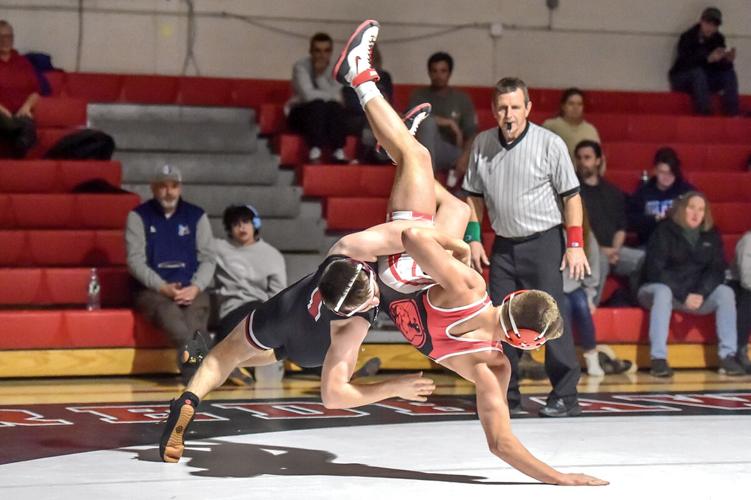 A Spaulding wrestler takes his Champlain Valley Union High School foe to the mat during a Jan. 11 match hosted in Hinesburg, that also feaatured wrestlers from Mt. Mansfield Union. 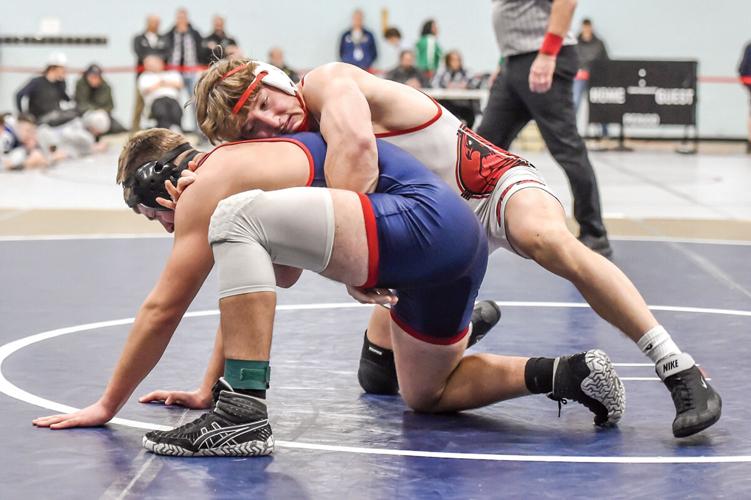 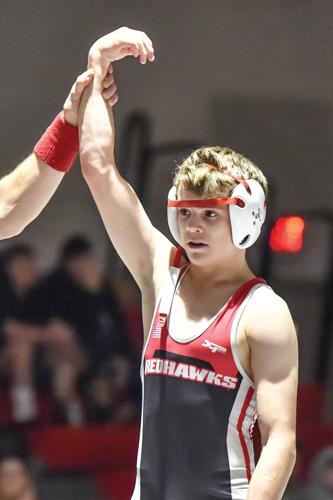 A CVU wrestler wins his match Jan. 11 in Hinesburg.

A Spaulding wrestler takes his Champlain Valley Union High School foe to the mat during a Jan. 11 match hosted in Hinesburg, that also feaatured wrestlers from Mt. Mansfield Union.

A CVU wrestler wins his match Jan. 11 in Hinesburg.

The Champlain Valley alpine ski teams headed to the hills at Cochran’s Ski Area, with both boys and girls coming out on top in the team competition.

Ella Lisle came in first for CVU in the girls’ race, with Dicey Manning coming in third, Carly Strobeck finished in fifth, Rachel Bialowoz was sixth and Addison Bartley rounded out the top finishers in 10th place.

For the boys, Ari Diamond came in third as the top finisher for CVU. George Francisco was fourth and Jake Strobeck came in fifth. Jackson Kany was seventh while Kyle Marvin finished 10th.

Sam Sweeney led all scorers with 15 points for CVU, while Logan Vaughn, Tucker Tharpe and Kyle Eaton each added eight.

Champlain Valley 60, St. Johnsbury 37: The girls’ basketball team jumped out to a lead at halftime and cruised to a win over St. Johnsbury on Monday, Jan. 16.

Addi Hunter had a double-double for the Redhawks, scoring 11 points and grabbing 10 rebounds. Shelby Companion led all scorers with 16 points.

On the girls’ side, Corinna Hobbs came in ninth place overall.

Karina Bushweller, Miles Brien and Samara Tucker each had a goal for the CougarHawks, who move to 9-1-1.

Everett and Tucker each had two goals and one assist, while Bushweller tallied twice. Riley Erdman dished out three assists and Ferguson earned the win in goal.