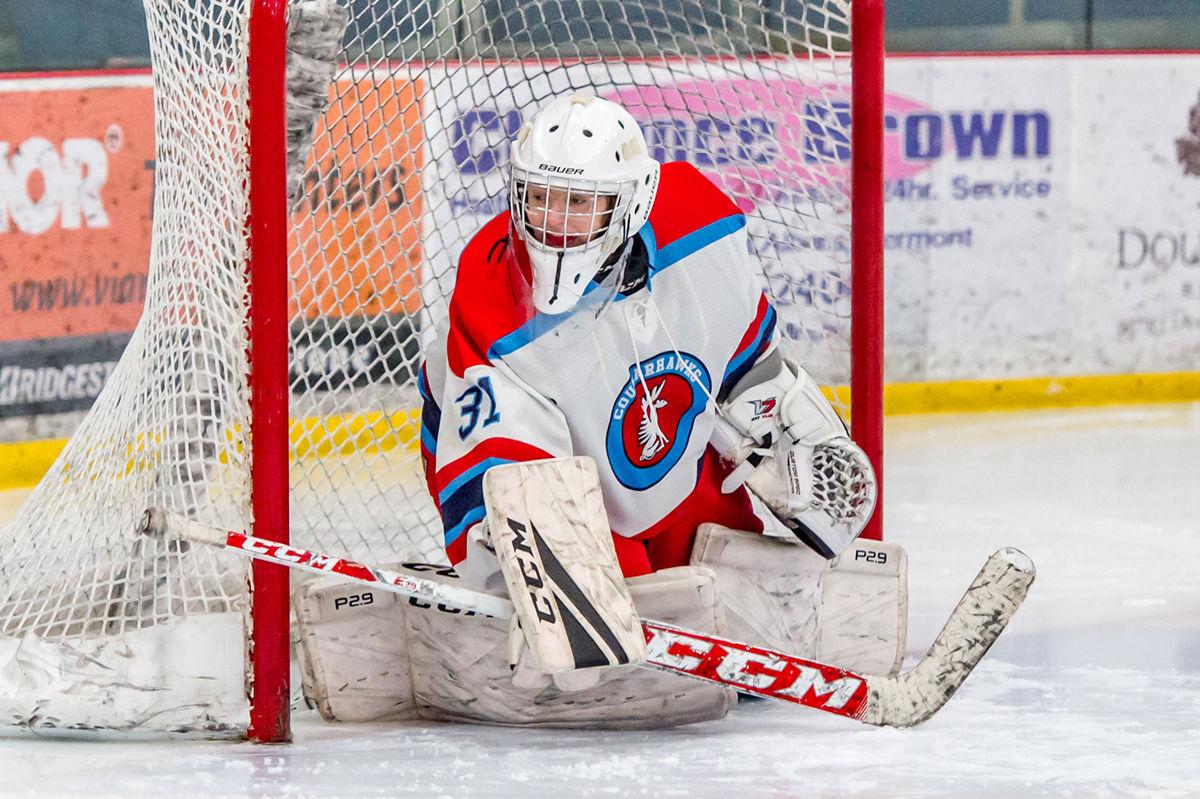 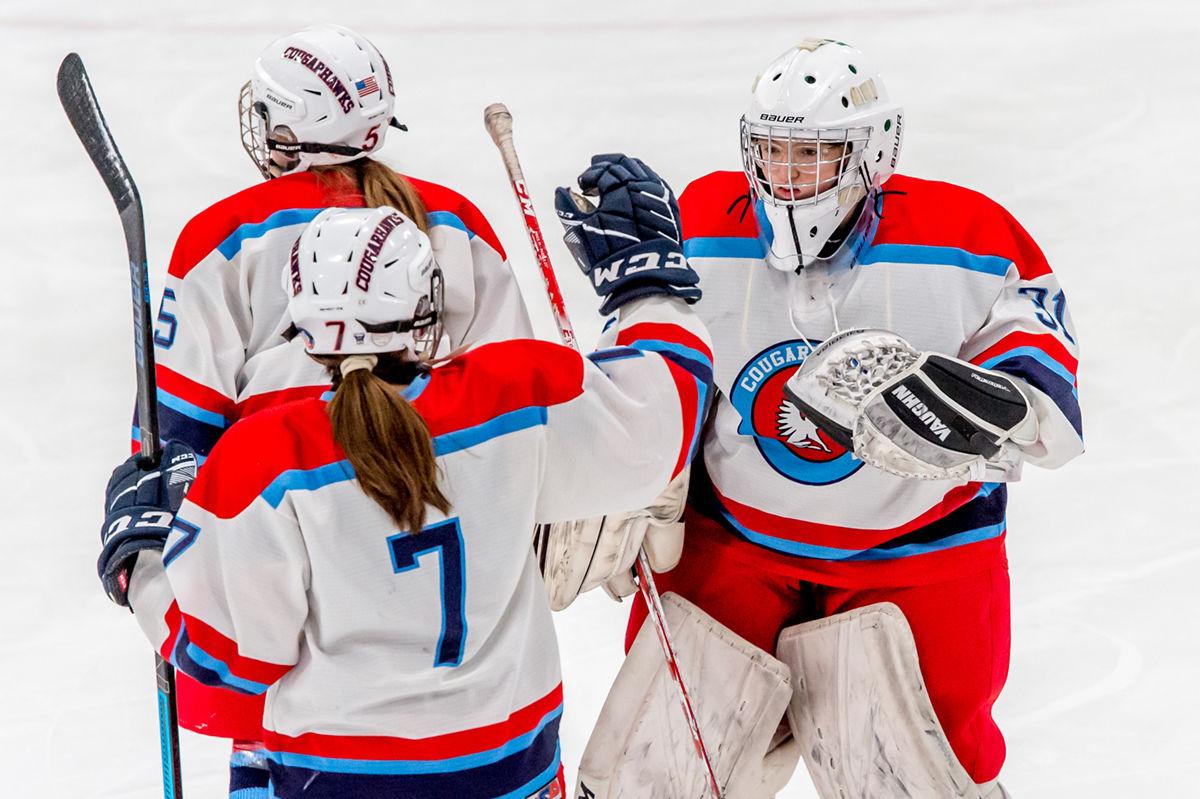 How would they replace the scoring that the graduating class had provided?

How would the influx of 10 first year players look for the CougarHawks?

And most importantly, how would first-time goaltender Grace Ferguson handle the net?

“They all get along, they all have fun, they are all singing in the locker room,” said Bushweller, the team’s second-year coach. “They are just having a lot of fun.”

The team, which sits in Division II this season, has a 8-8 record with four of the groups losses coming by one goal. And now that the team’s 10 first year players have found their feet in the varsity game, along with the nine returning players, the CougarHawks have big hopes for the remaining six games.

“They immediately adapted to the atmosphere of our team,” said senior co-captain Flynn Hall. “They are a good, talented group of freshmen. You never get a sports team with that many freshmen, who are that talented.

“We totally have the ability to finish it. It would be awesome to go to Gutterson.”

The biggest question for CVU-MMU was in net. After last year’s starting netminder left the team, the CougarHawks turned to Ferguson, who had never played ice hockey before.

“I am field hockey goalie and a catcher, so it’s kind of incorporating everything,” Ferguson said.

The first-year plyer started trying out the sport over the summer and fall, training with a former UVM goaltender and getting a feel for the position.

When she hit the ice for the start of the winter season, she found out that she would be the group’s starting goalie.

“I thought I was just going to be the backup goalie,” Ferguson said. “I am comfortable with it now...I have grown to love it.”

After the first game of the season – which saw the CougarHawks give up 10 goals – Ferguson has been a solid net presence. She has held down the fort as the team has pulled out a couple of one goal wins and earned her first shutout in a 4-1 victory over South Burlington. She grabbed another bagel in net a few games later, as her team beat Burr and Burton 5-0.

“She’s doing awesome,” Bushweller said. “She has no fear of the puck coming at her. By the time the season came up, I didn’t have any concerns.

“You can get a beginner goalie and someone shoots it from center ice and you’re really nervous. With her, no worries at all.”

With the question of goaltending answered by Ferguson’s performance, the team turned to helping the rest of the large freshmen class adjust to varsity hockey.

“It was very important that everyone felt welcome,” Hall said. “I know what it’s like to be a freshman and I just think it’s important to make sure everyone feels like they are part of the team.

The transition, thanks to the leadership of Hall and co-captain Nicole Wright, has been seamless, Bushweller said. The team’s young group have blended well with the returning core.

“They are connecting,” Bushweller said. “I just want to see them, every game, just get a little bit better. Building off each other, if that keeps it happening, it will lead to success.”

The Champlain Valley Union High School gymnastics team are queens of the gym, thanks to an inspiring performance from their senior captain Tali Giubardo.

It’s a great week to be a Redhawk

When Megan Nick stepped into the gate for her run in the super finals of the 2020 Intermountain Healthcare Freestyle International at Deer Valley, Utah’s White Owl course on Friday, Feb. 7, she figured – why not go for it?