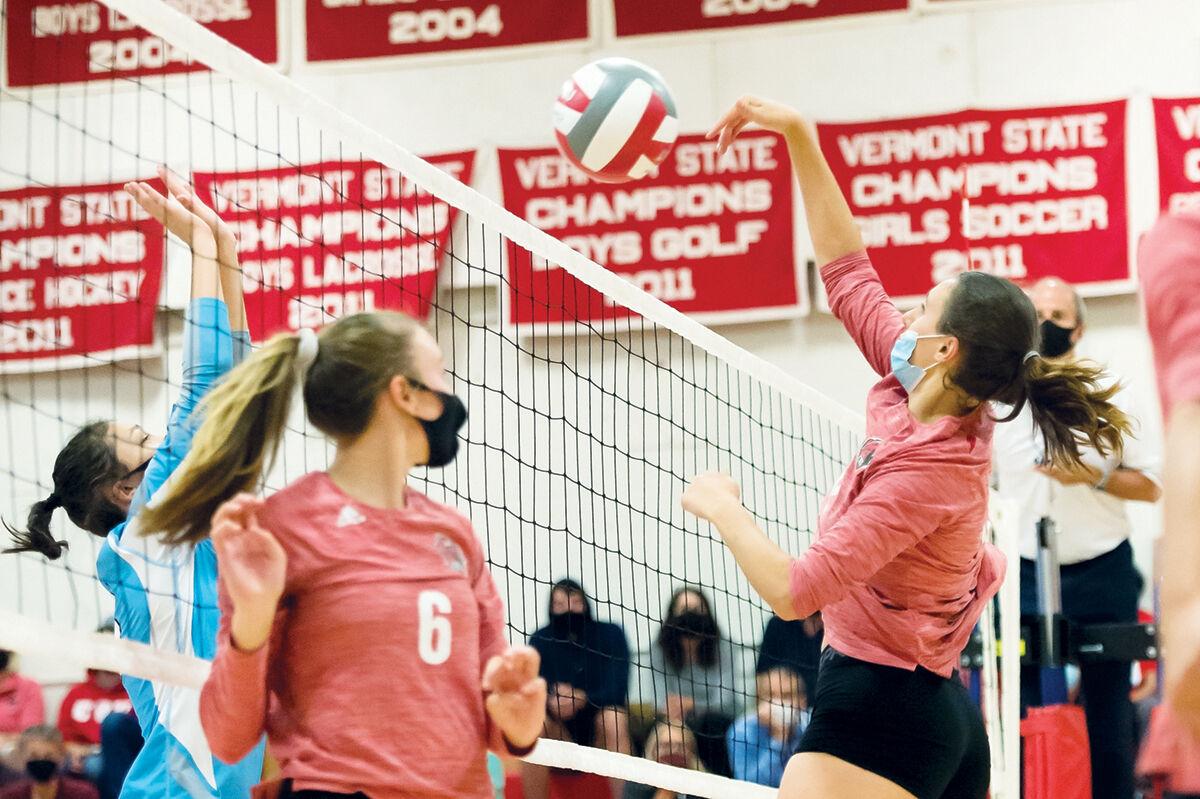 Champlain Valley Union’s Samara Ashooh goes for the kill during the Redhawk’s game versus the South Burlington Wolves Friday in Hinesburg. 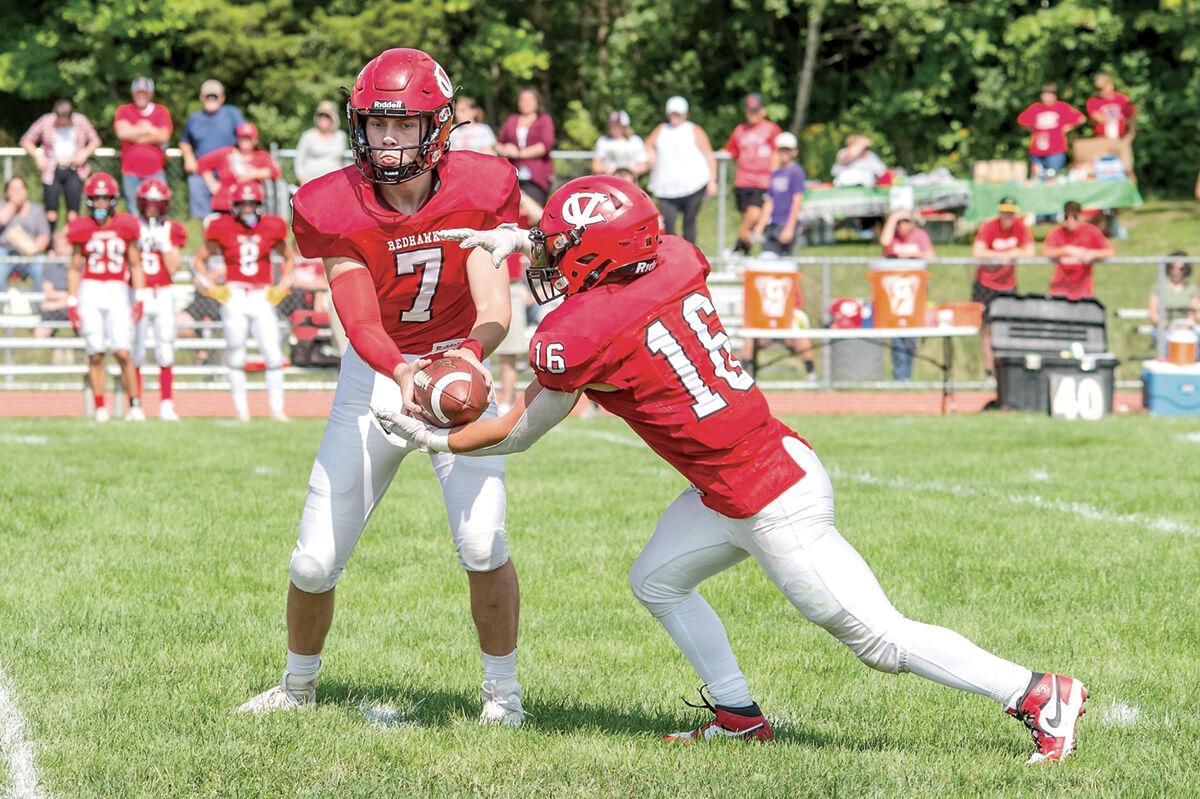 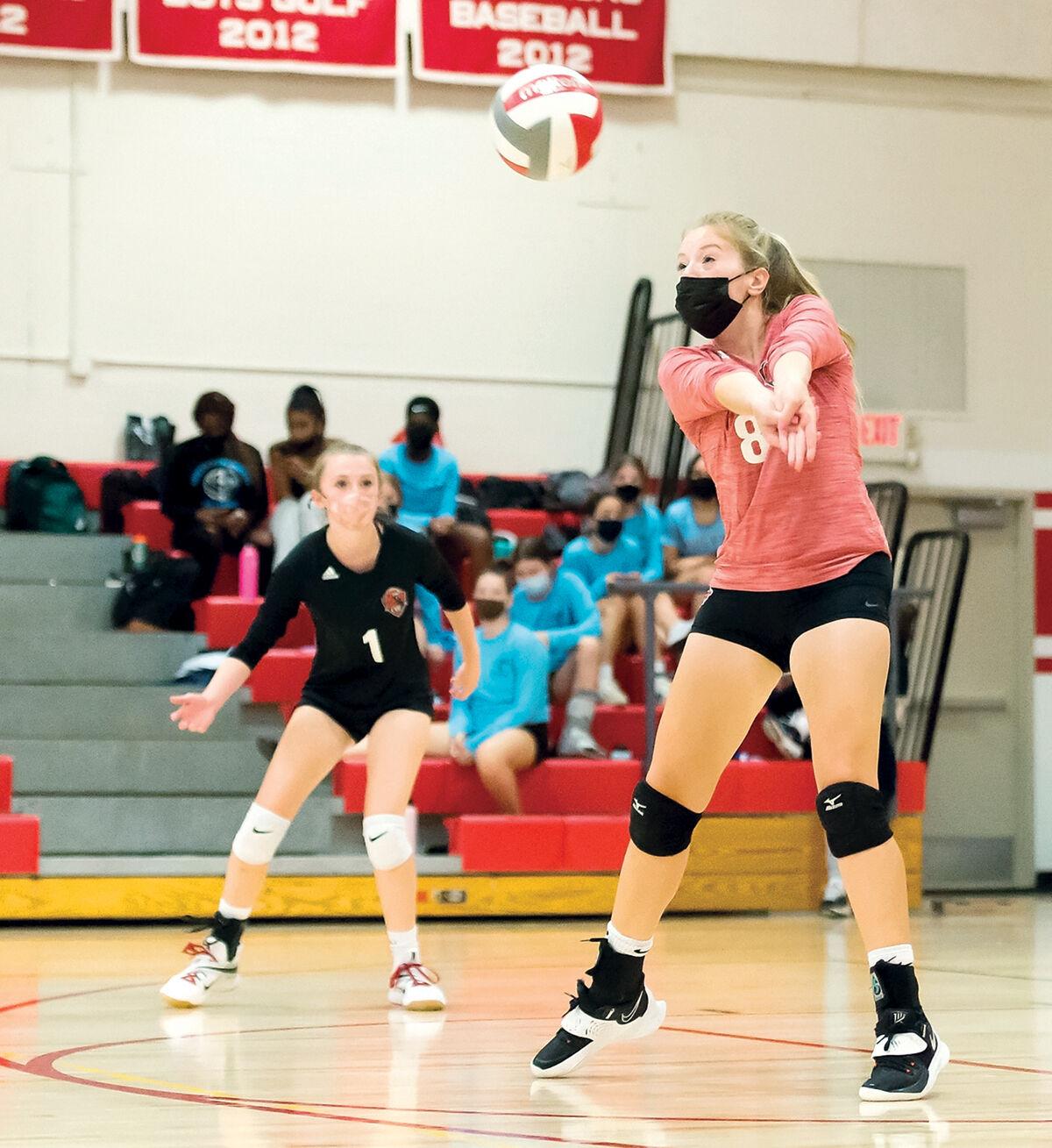 Champlain Valley Union High School’s Chloe Snipes bumps the ball to the setter during the Redhawk’s game against the South Burlington Wolves Friday night in Hinesburg.

Champlain Valley Union’s Samara Ashooh goes for the kill during the Redhawk’s game versus the South Burlington Wolves Friday in Hinesburg.

Champlain Valley Union High School’s Chloe Snipes bumps the ball to the setter during the Redhawk’s game against the South Burlington Wolves Friday night in Hinesburg.

Jack Sumner added a 14-yard rushing TD to round out the scoring for the Redhawks, who travel to St. Johnsbury on Friday for the second game of the season.

Holden Batchelder, Thomas Roberts and Sam Dennison each found the back of the net for the Redhawks, who moved to 1-0.

Tyler Wuthrich, Diego Robinson and Fritz Wetzel each dished out an assist for CVU, who did not allow a shot on net.

Emma Crum and Lily Williams each added a goal for the Redhawks (1-0), while Zoe Zoller and Anna Morton each chipped in with two assists.

The Champlain Valley cross country team headed to Essex on Saturday for the Essex Invitational.

Matthew Servin came in first place in the Division I boys race to help the Redhawks to a second place finish in the team competition. Kai Hillier also finished in the top 10, coming in ninth.

On the girls side, CVU placed third in the team competition. Alice Kredell was the top finisher for the Redhawks, coming in sixth.

Paige Comeau had a goal and an assist for the Redhawks (1-0), while Tess Everett and Miranda Oppenheimer each added a goal.

Grace Ferguson earned the win in goal for Champlain Valley.

Zach Vincent shot a 40 and the Champlain Valley golf team got its first win of the season at Champlain Country Club Thursday.

Bryce Bortnick came in with a 42, Connor Mulanney followed with a 43 and Jason Douglas had a 44 to help the Redhawks to a team score of 169.