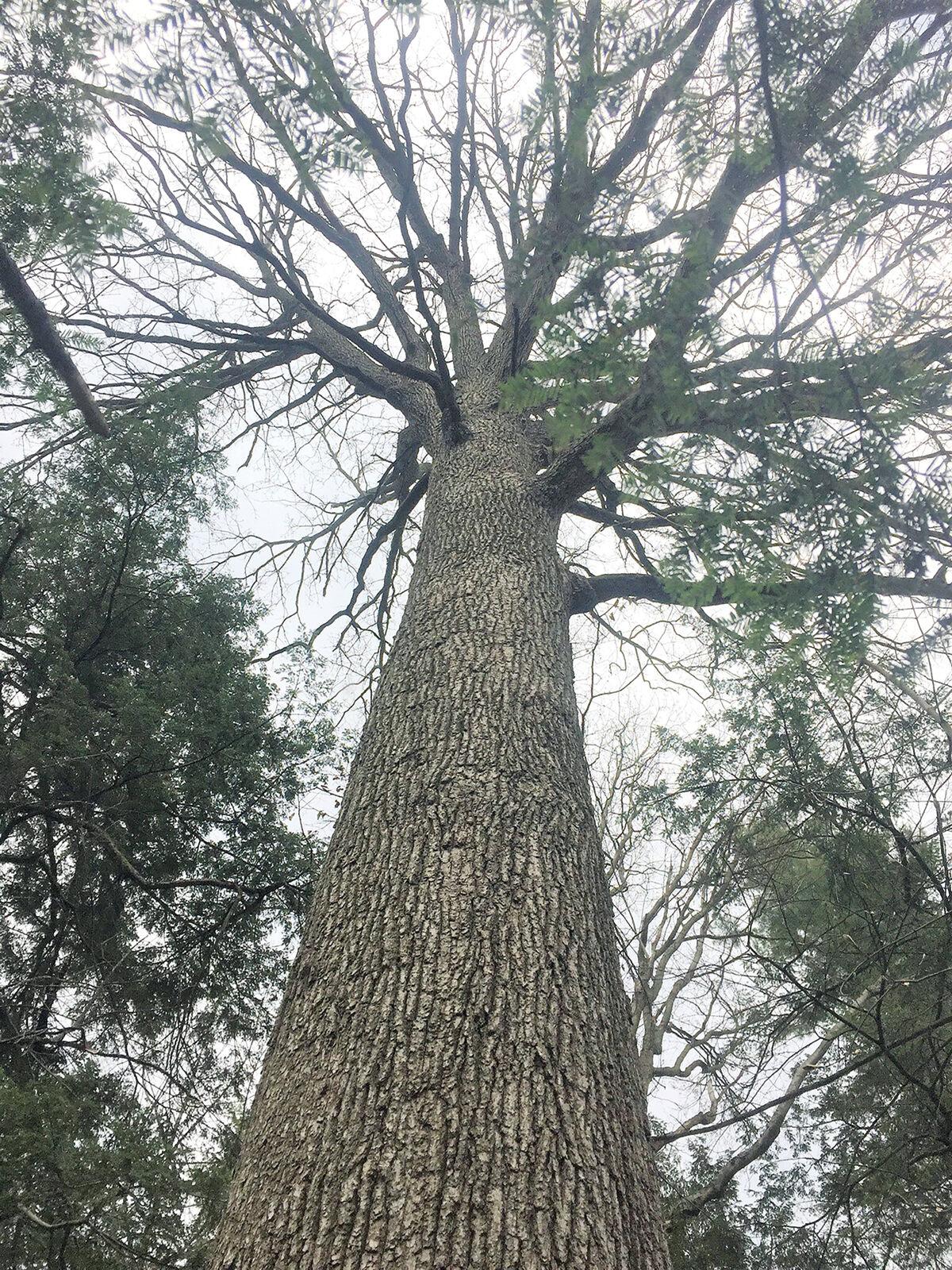 Wood from oak trees in the areas around Williams Woods in Charlotte ended up being sold around the world. 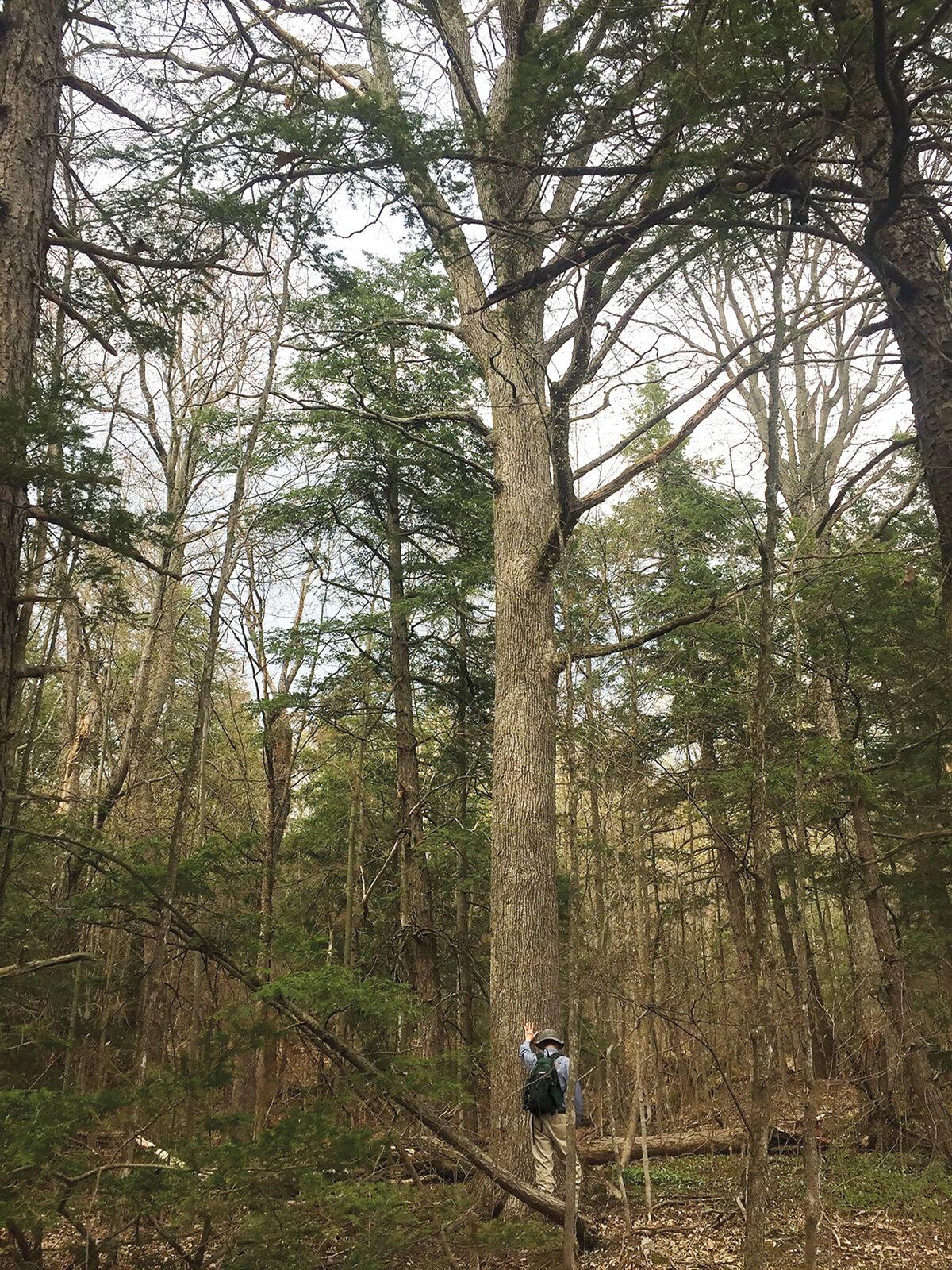 Some of the large oak trees in the Williams Woods Natural Area in Charlotte are over 200 years old and probably survive because the land was too wet for farming.

Wood from oak trees in the areas around Williams Woods in Charlotte ended up being sold around the world.

Some of the large oak trees in the Williams Woods Natural Area in Charlotte are over 200 years old and probably survive because the land was too wet for farming.

Q: How do some uncommon Vermont oak trees connect to a global transportation story?

A: I started in on the trail at the Williams Woods Natural Area in Charlotte to get a first-hand look at some very big and uncommon Vermont trees. As I clumped across numerous truncheons, I could tell that the soils here were wet underfoot. But the clay soils are also very productive, whether growing trees in a natural area or growing corn in the neighboring fields.

Soon I crossed a tributary of Thorp Brook and started to see what I came for. The huge oak trees ahead had enormous presence, with trunks up to 3 feet in diameter and large arching canopies. Some of the Williams Woods trees are estimated to be well over 200 years old, dating back to about the time of European settlement. If so, when these big trees were young, they would have witnessed their ancestors playing a key role in a global story.

The oaks in this story include white oaks, bur oaks and swamp white oaks, which are members of the group botanists call white oaks. All of them have very strong, durable wood that is also water- and rot-resistant, and they are commercially interchangeable.

The white oaks are at the northern edge of their ranges, in a very narrow band hugging Lake Champlain, and they are much more common further south from Massachusetts to Georgia. The lake’s moderating effect allows them to be this far north, and their proximity to that same lake played another role in their history.

An intermediary in the white oak story was John Thorp, whose family name was given to the brook that runs through Williams Woods. He arrived in 1795 and began to cut trees to clear the land for his homestead, which he built just north of what is now Williams Woods. He also established the first general store between Vergennes and Burlington shortly after he arrived, built next to his home.

To stock his store with goods the local people could not produce themselves, he went north to Quebec via the lake. As a result of his connections there, and the water connections and world market he had access to, he decided to add another line of business. A British Canadian about this time described the white oak in Vermont’s Champlain Valley as “beyond comparison the best oak timber of any in America” and stated that Canada had “no oak of any value” but that the “deficiencies may be abundantly supplied” by the oak in Vermont.

So, Thorp began to ship oak (and pine) timber north.

As many more settlers arrived from southern New England, they started to clear their land for farming, too. Those near the lake could also sell the oak trees they cut for lumber, rather than just burning the trees as many inland did. The land just south of the natural area is corn field now, but the white oaks that had been there were felled, squared with hand tools into long timbers, and dragged or sledded to the nearby lake shore (probably in the winter over frozen ground).

There they were fastened together to make rafts, and the rafts fitted with sails. They were then sailed north to the lake’s outlet down the Richelieu River to the St. Lawrence River, then down the St. Lawrence to Quebec City (under British rule) where Thorp sold them. They were then loaded onto ships that sailed for Britain, where they were fashioned into new ships for the British navy and merchant fleet, and into staves for wooden casks, hogsheads and barrels used to transport foodstuffs.

The oak timber from this area ended up circling the globe: cutting through salty water, keeping people and goods afloat and rolling down gangplanks at docks in foreign lands.

The fate of the white oak ancestors I can see today in Williams Woods was shaped by their being some of the northernmost white oaks that happened to be next to a connected set of waterways, at a time when trees were being felled and global commerce was expanding.

The few white oaks now left along the lake — estimates are 10 percent of the original — are in small, discontinuous remnant forests and worthy of preservation. The Williams Woods oaks probably survived because the soils were too wet for farm fields. In their long lifetimes, these white oak trees witnessed the landscape’s enormous change from forest to farms.

Now, they are providing seed to keep this forest going, hopefully long into the future. As our climate warms, I also see them as a seedbank to help the Vermont landscape adapt as the range of the white oaks expands northward.

Jane Dorney is a consulting geographer who does research and education projects to help people understand why the Vermont landscape looks like it does. See more at janedorney.com.