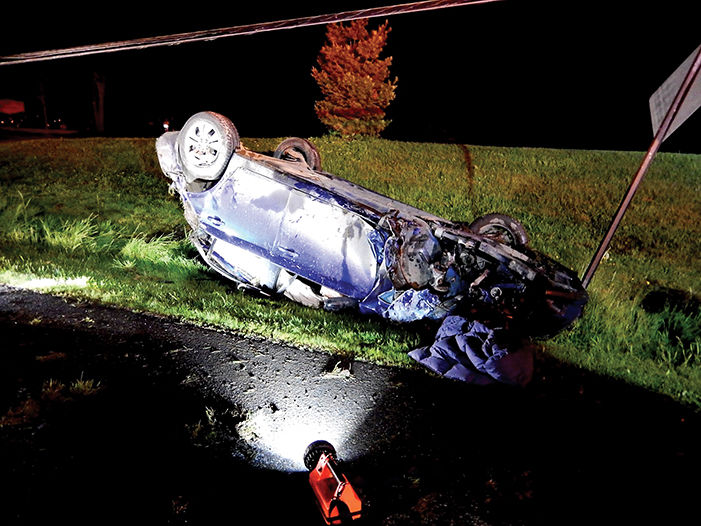 The driver of this car was extricated by bystanders amid live electrical lines after he crashed into a power pole last week on Dorset Street. He was later cited for driving while intoxicated. 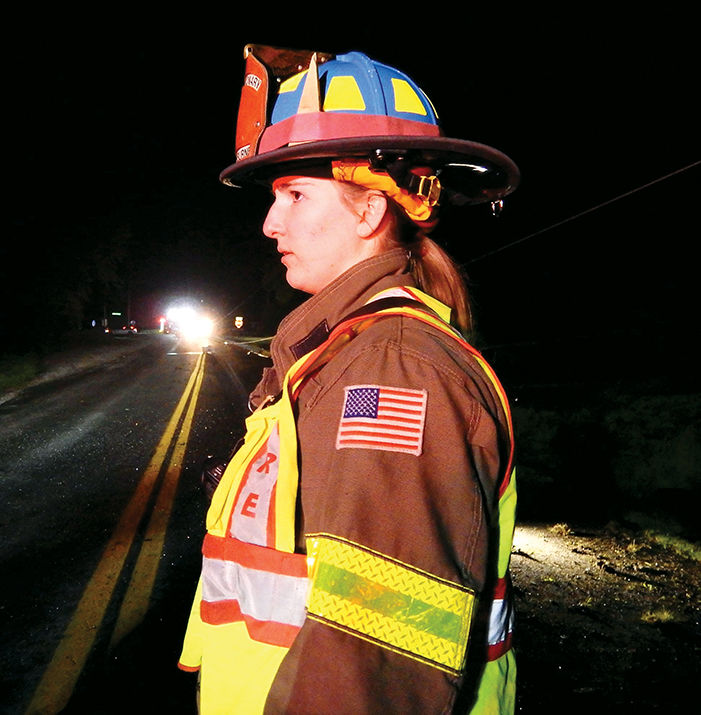 Shelburne firefighter Lauryn Ouimet spent the night before her Champlain Valley High School graduation on the scene of the accident, which cut power to over 1,000 residents.

The driver of this car was extricated by bystanders amid live electrical lines after he crashed into a power pole last week on Dorset Street. He was later cited for driving while intoxicated.

Shelburne firefighter Lauryn Ouimet spent the night before her Champlain Valley High School graduation on the scene of the accident, which cut power to over 1,000 residents.

Police say a driver was impaired when he hit a power pole on Dorset Street last week and knocked out power to over 1,000 people.

According to Shelburne Police, Gunnar Bevilacqua, 24, of Essex, was driving a Chevrolet Cruze when he struck a power pole before rolling over. Bevilacqua was reportedly removed from the vehicle by onlookers despite live electrical lines on the ground near the car. Due to the reported power issues, Green Mountain Power cut electricity to the area while police, fire and rescue were responding to ensure the safety of everyone involved. According to Green Mountain Power spokesperson Kristin Kelly, power was restored to most of the area within 90 minutes, but crews worked through the night and got the remaining customers back on the grid at 5 a.m. the next morning.

Dorset Street between Barstow Road and Miner Farm Lane was closed for several hours as crews worked to remove the vehicle and restore power to the area.

Bevilacqua was transported to the University of Vermont Medical Center for treatment of his injuries and later released. He was cited to appear in Vermont Superior Court, Criminal Division, to answer to the charge of Driving while Intoxicated.

South Burlington Police and Fire Departments assisted with the crash.

Ironically, Green Mountain Power had issued a press release on the same day of the crash, warning people to be more cautious about felling trees onto power lines and a rise in power pole crashes.

“(Green Mountain Power) is seeing an increasing number of reports of customers felling trees onto lines, excavating work digging into lines, construction and other large vehicles pulling down lines and drivers hitting utility poles,” the release stated. “These incidents are dangerous, cause property damage at people’s homes and outages for other customers.”

The company reports vehicle-pole crashes average one per day in its service territory, and that “2019 is on track to be one of the worst years in recent memory with 132 reported crashes so far.”

Green Mountain Power reported a dip in the number of vehicle-pole crashes in 2014 when the hands-free driving law went into effect, down to 285 crashes, but the numbers rose again, averaging about 358 per year since then.