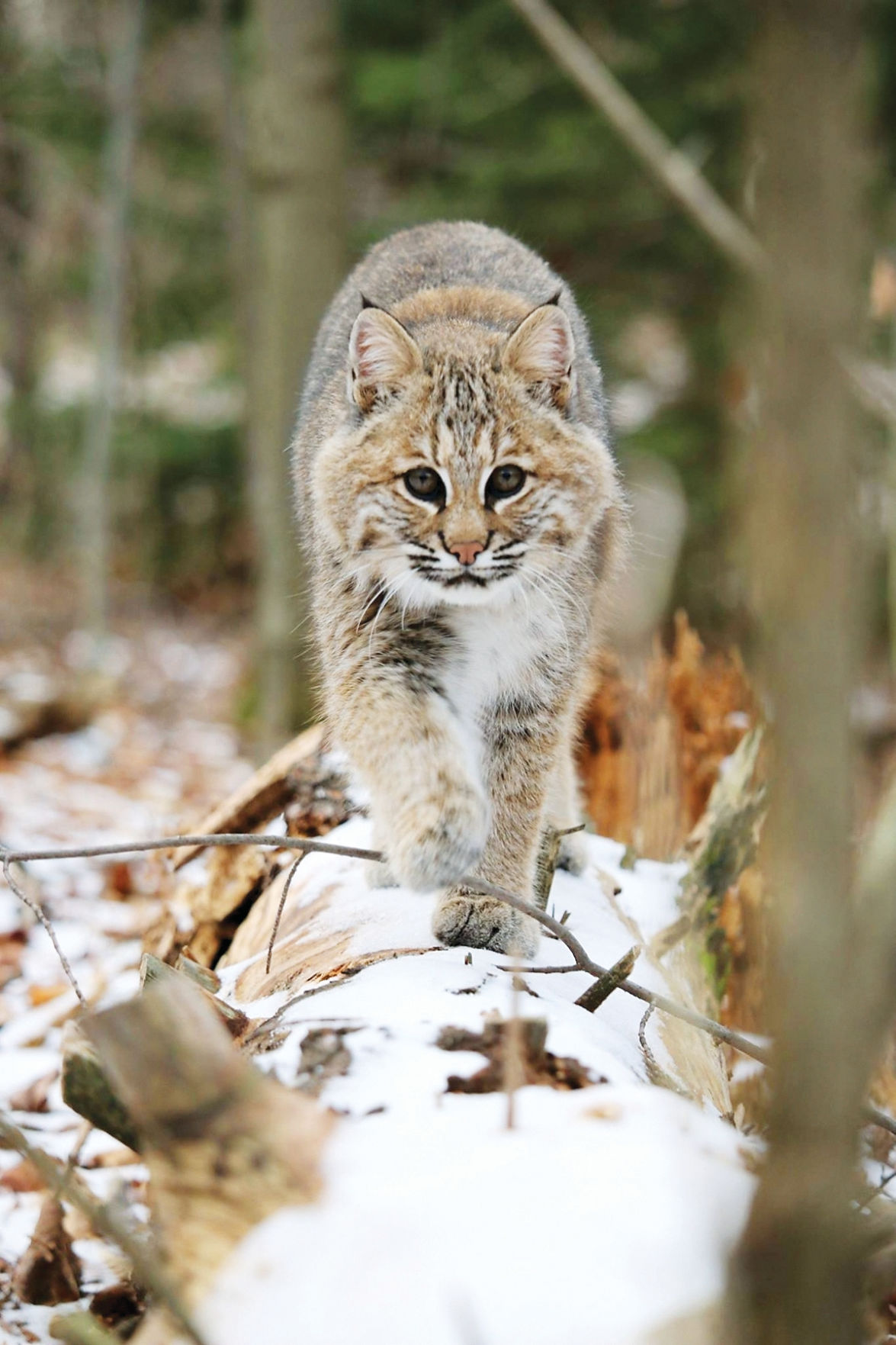 Medora Plimpton and this bobcat took walks in the snow together. “It is so wonderful to be walking with a wild animal,” she said. 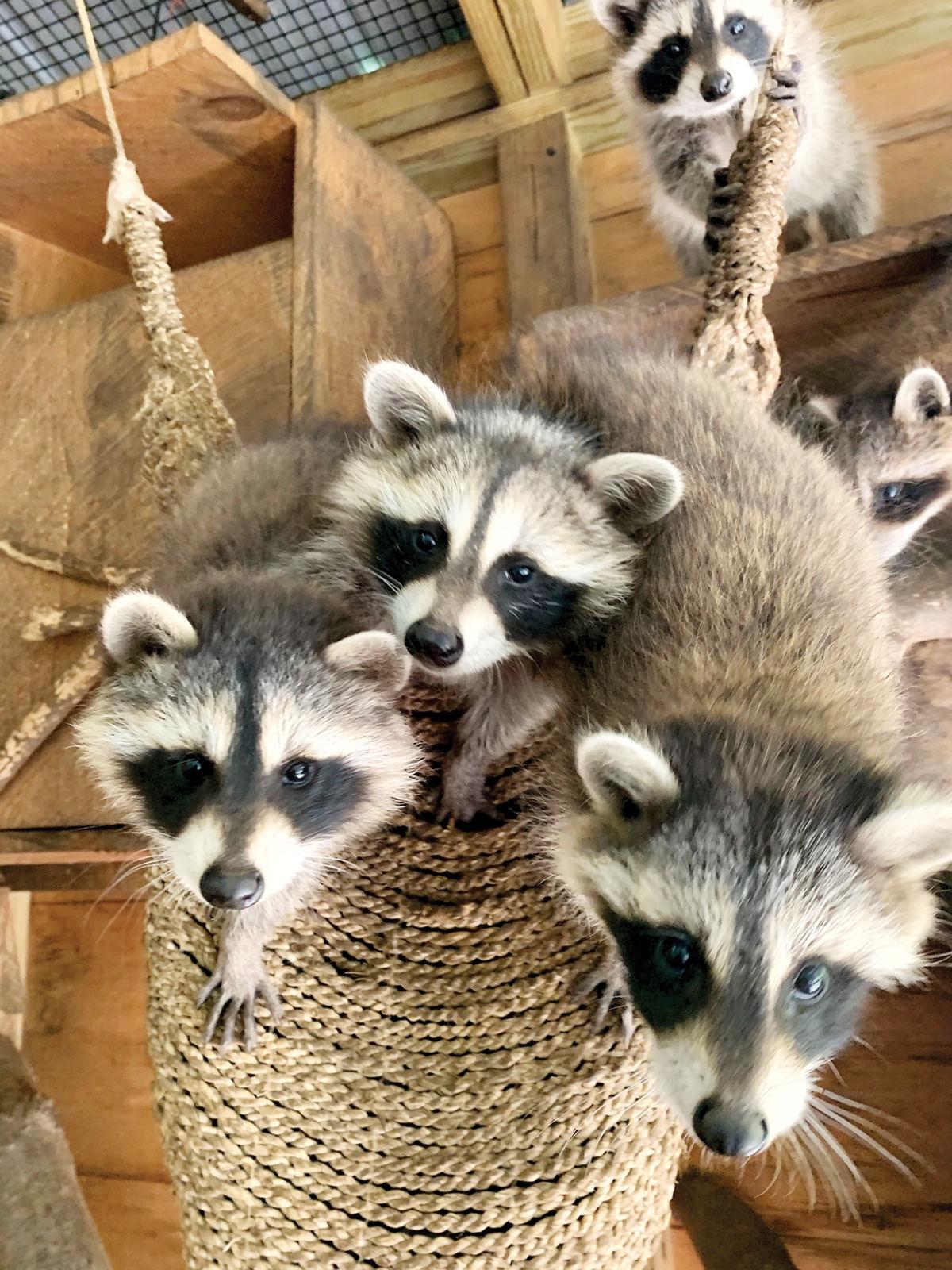 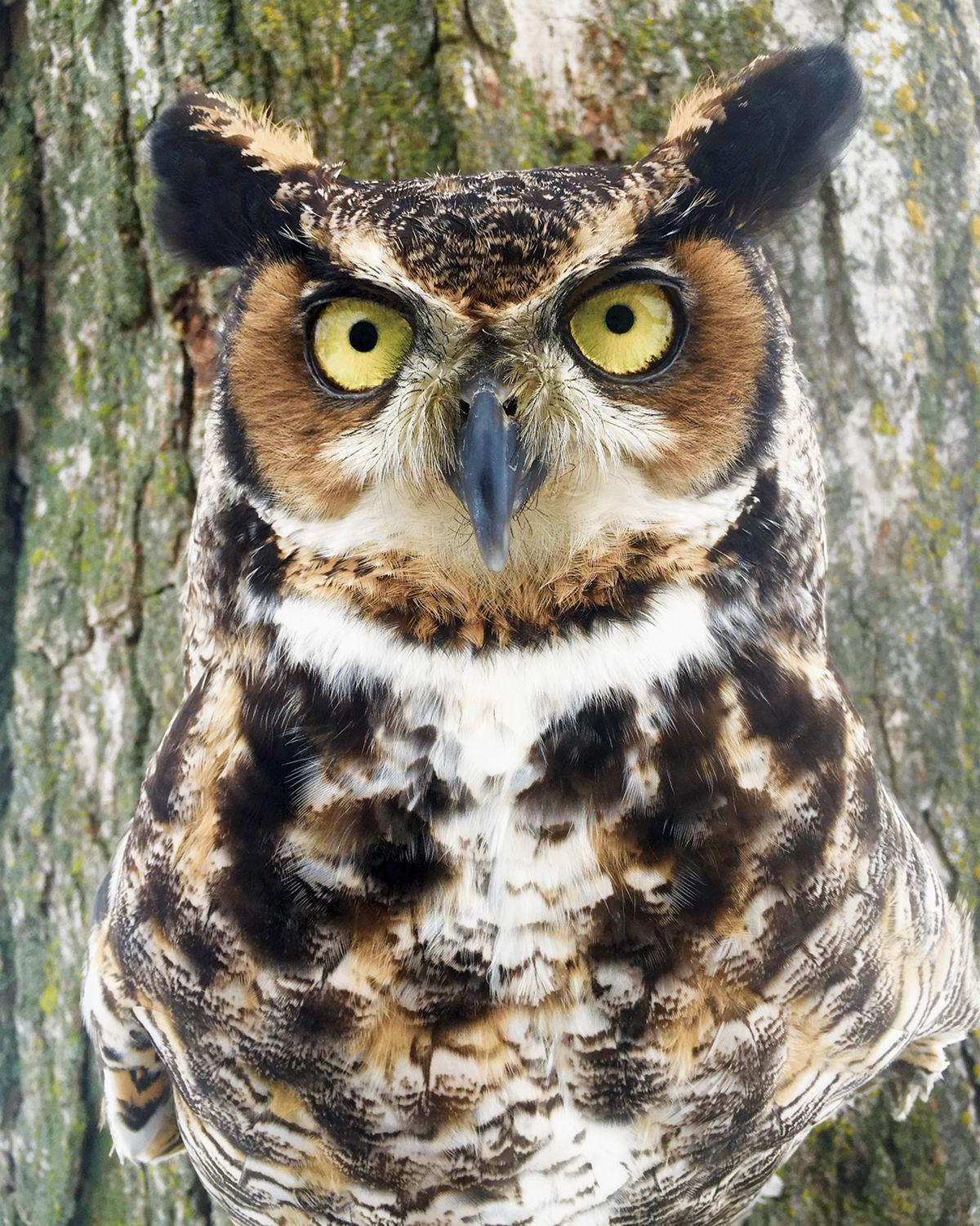 A great horned owl hoo’s being rehabilitated at Outreach for Earth Stewardship at Shelburne Farms. 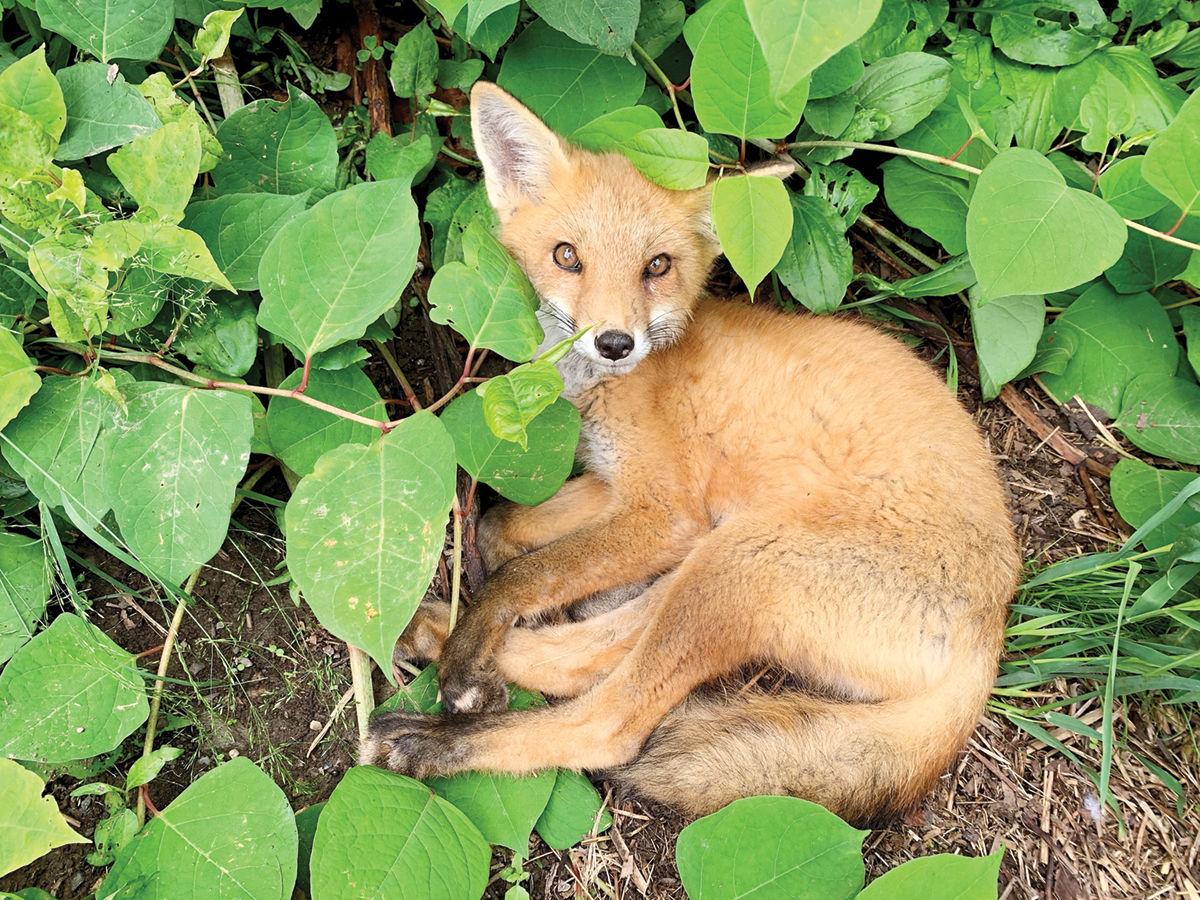 When this baby fox was brought into the Hinesburg Police Department even Medora Plimpton was doubtful about its chances. After several days of rehabilitation, the baby fox is looking pretty good.

Medora Plimpton and this bobcat took walks in the snow together. “It is so wonderful to be walking with a wild animal,” she said.

A great horned owl hoo’s being rehabilitated at Outreach for Earth Stewardship at Shelburne Farms.

When this baby fox was brought into the Hinesburg Police Department even Medora Plimpton was doubtful about its chances. After several days of rehabilitation, the baby fox is looking pretty good.

Medora Plimpton would love to work herself out of a job.

In spite of the emotional rollercoaster, presumably in the “other duties as assigned” on her job description, Plimpton loves being a wildlife rehabilitator.

In fact, her greatest happiness comes tinged with the sadness of saying goodbye.

“It makes me happiest when I get to see them go off where they belong,” Plimpton said.

“Them” refers to the critters brought to her Howling Mountain Wildlife Rescue in Starksboro for healing and nurturing before being released back into the wild.

Plimpton is part of a network of licensed wildlife rehabilitators. The Vermont Agency of Natural Resources Fish and Wildlife Department oversees the program, but they are all volunteers.

They get no funding from the state and rely on donations.

“We can only do so much with the limited budget we have,” said Craig Newman of Outreach for Earth Stewardship.

Newman and Eveleen Cechini founded Outreach for Earth Stewardship in 1989. The organization entered into a partnership with Shelburne Farms in 1997, where it is located now.

Newman said people call expecting him to take care of an animal that he is not licensed to take care of. For example, he has had a phone call demanding he pick up an injured rabbit, hours away from Shelburne.

A Vermont Fish and Wildlife chart shows the various licensed wildlife rehabilitators around the state. It clearly states what animals each is qualified to rehabilitate.

Plimpton works with small mammals, like raccoons, foxes, skunks – and her favorite – bobcats. She is one of only four wildlife rehabilitators in the state licensed to work with “rabies vector” species.

Raccoons, foxes and skunks are primary carriers of rabies – the only mammals to do so – and among the wildlife most likely to carry it.

Plimpton reminds people not to touch animals – they could be carrying rabies and pass it to humans, and the animal would have to be killed for rabies testing.

A young fox, hit by a vehicle, was brought into the Hinesburg Police Department. Chief Anthony Cambridge did not think there was much hope the fox could survive. Nonetheless, they called Plimpton.

She had her doubts, too.

But 24 hours later the fox was eating, drinking and looking relatively chipper. The fox is still having some balance issues, but Plimpton is optimistic about his recovery.

One of the hard times for Plimpton was when a bobcat she’d been rehabilitating for eight months left. She raised it and would walk it in the snow without a leash.

It could come and go as it pleased.

“It is so wonderful to be walking with a wild animal,” she said.

Finally, it came time for it to go.

It was a soft release, meaning an animal can get in and out of its pen at Howler Mountain until it decides on its own its ready to leave for good. Plimpton prefers the soft release, but it won’t work with all animals.

In a hard release a rehabilitated animal is taken somewhere and released all at once.

She has had 20 raccoons who are ready for hard release.

To do it, she’ll drive to woods where she’s already gotten permission from the owner. A lot of owners are very happy to have wildlife released on their property, Plimpton said.

A released raccoon named Otis showed up back in his pen. Since he could come and go as he wanted, she just found he had returned.

He stayed all winter. This spring Otis heeded the call of the wild and split.

Both Plimpton and Newman said this year they have seen way too many animals needing rehabilitation help.

Newman said wildlife rehabilitators around the state are overwhelmed.

Plimpton said she’s gotten so many injured and orphaned animals this year. She wonders if it’s due to the coronavirus quarantine.

Many people sheltering at home have cleaned up sheds and other places where they have found babies.

Besides lots of foxes, raccoons and skunks, she’s gotten a mink and two short-tailed weasels this year who came in separately. Her first weasels, which she released just last week.

When Howling Mountain is full, it takes about two hours to bottle-feed all the babies three times a day, seven days a week.

However, during the direst moments of the COVID epidemic, she said, “It was nice to come back here and take care of the animals and bottle-feed some babies.”

The emotional roller coaster hit a low point when someone brought her four orphaned foxes. Both mother and father had been shot trying to get into a chicken coop.

But spirits started climbing back up to a poignant peak as the pups grew. She started seeing a beautiful red fox hanging around the pen every night.

“One night I saw them jumping up against the fence trying to kiss this fox,” Plimpton said. “So, I opened the door and watched them run off together.”

Donations to Outreach for Earth Stewardship can be made through its website. Howling Mountain Wildlife Rescue is holding a GoFundMe campaign at bit.ly/3iHOkja.