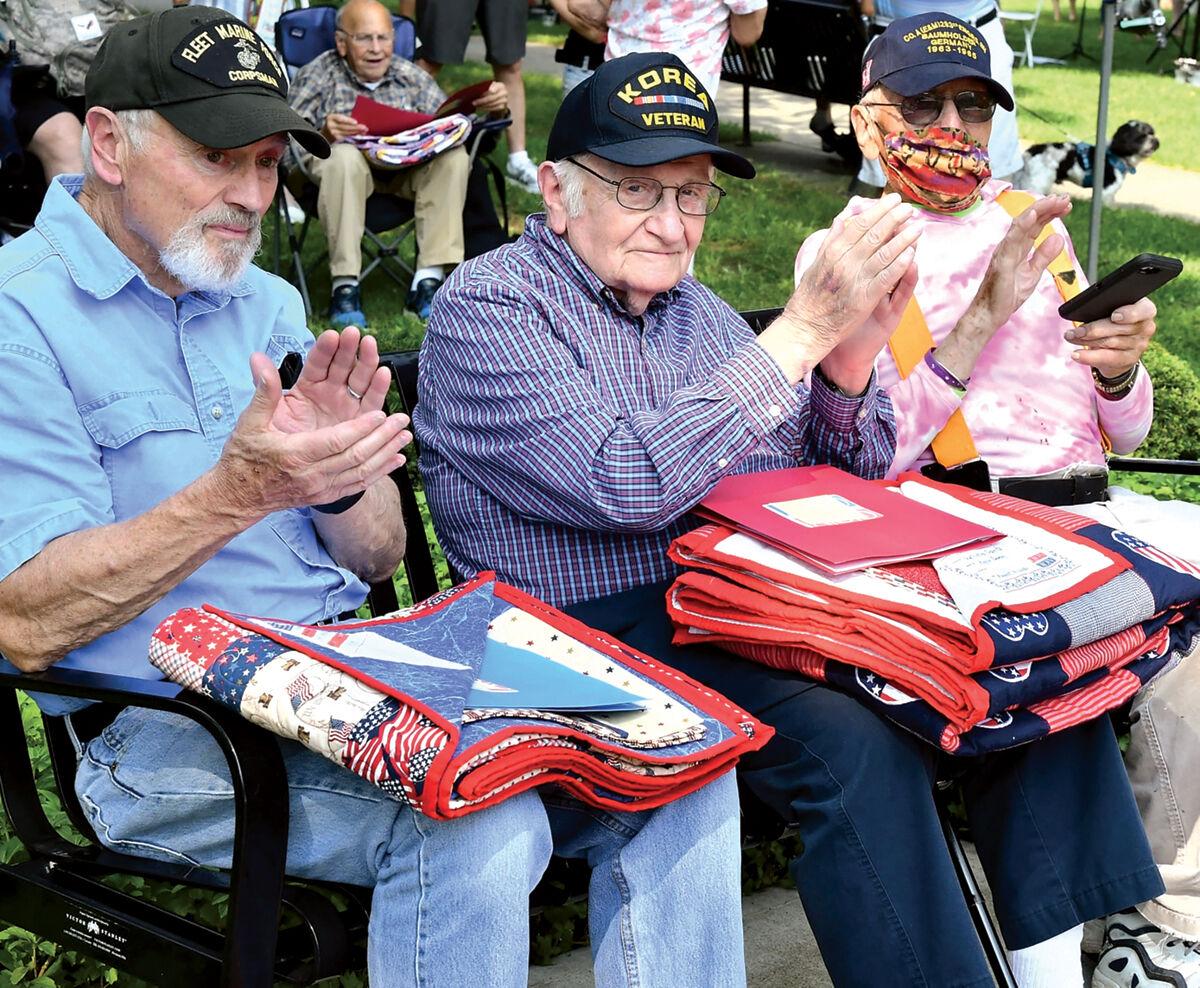 From left, Perry Melvin, Sam Feitelberg and Colin Bullard receive a quilt from the national organization, Quilts of Valor, at Shelburne Day on Saturday. The group presented nine quilts to local veterans. 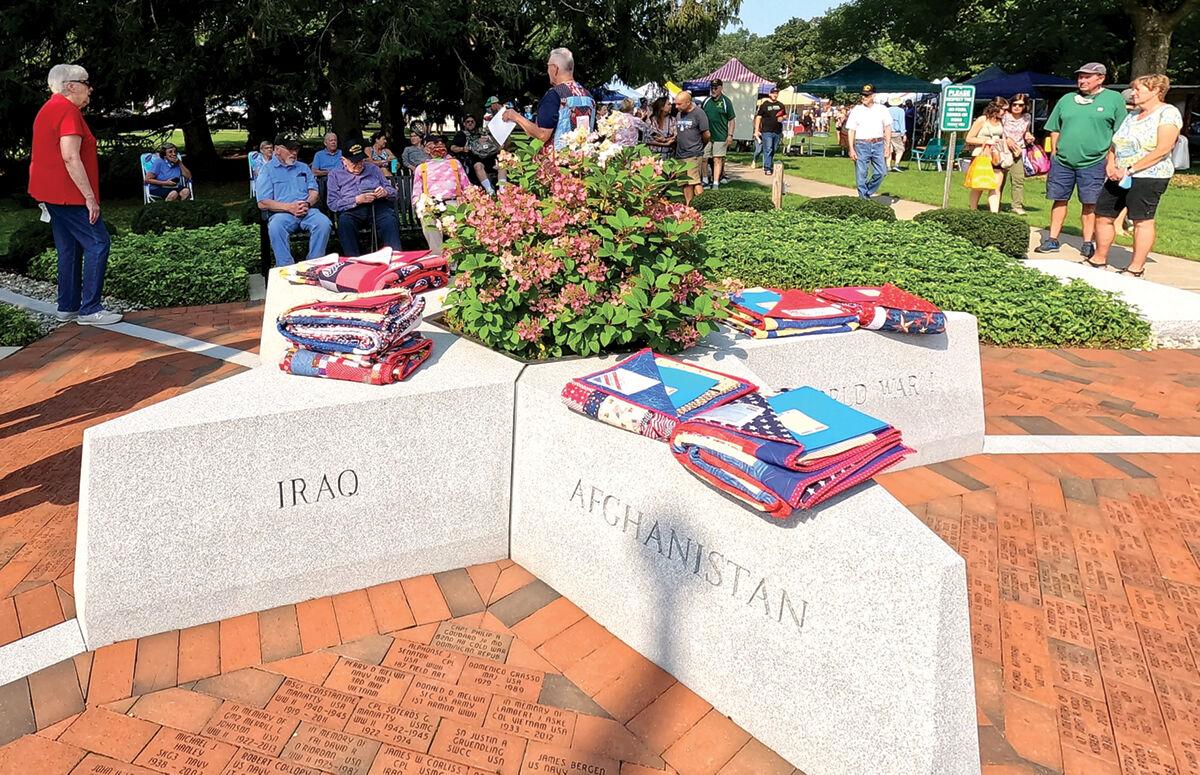 From left, Perry Melvin, Sam Feitelberg and Colin Bullard receive a quilt from the national organization, Quilts of Valor, at Shelburne Day on Saturday. The group presented nine quilts to local veterans.

The Quilts of Valor Foundation was founded in 2003 by Catherine Roberts, whose son Nat was deployed in Iraq. According to Roberts, she had a vivid dream of a “young man sitting on the side of his bed in the middle of the night, hunched over. The permeating feeling was one of utter despair. I could see his war demons clustered around, dragging him down into an emotional gutter. Then, as if viewing a movie, I saw him in the next scene wrapped in a quilt. His whole demeanor changed from one of despair to one of hope and well-being. The message of my dream was quilts equal healing.”

Roberts ensures the quilts are “awarded,” not just passed out, to say, unequivocally, “Thank you for your service, sacrifice and valor in serving our nation.” The organization has presented over 400,000 quilts nationwide.

Bud Ockert said the group approached the Shelburne Veterans Monument Committee this summer to honor the area’s local vets, and the committee plans a similar ceremony at its next Memorial Day celebration.

This story has been updated since it was originally published. There were nine veterans awarded quilts of valor on Shelburne Day, not six as previously reported.