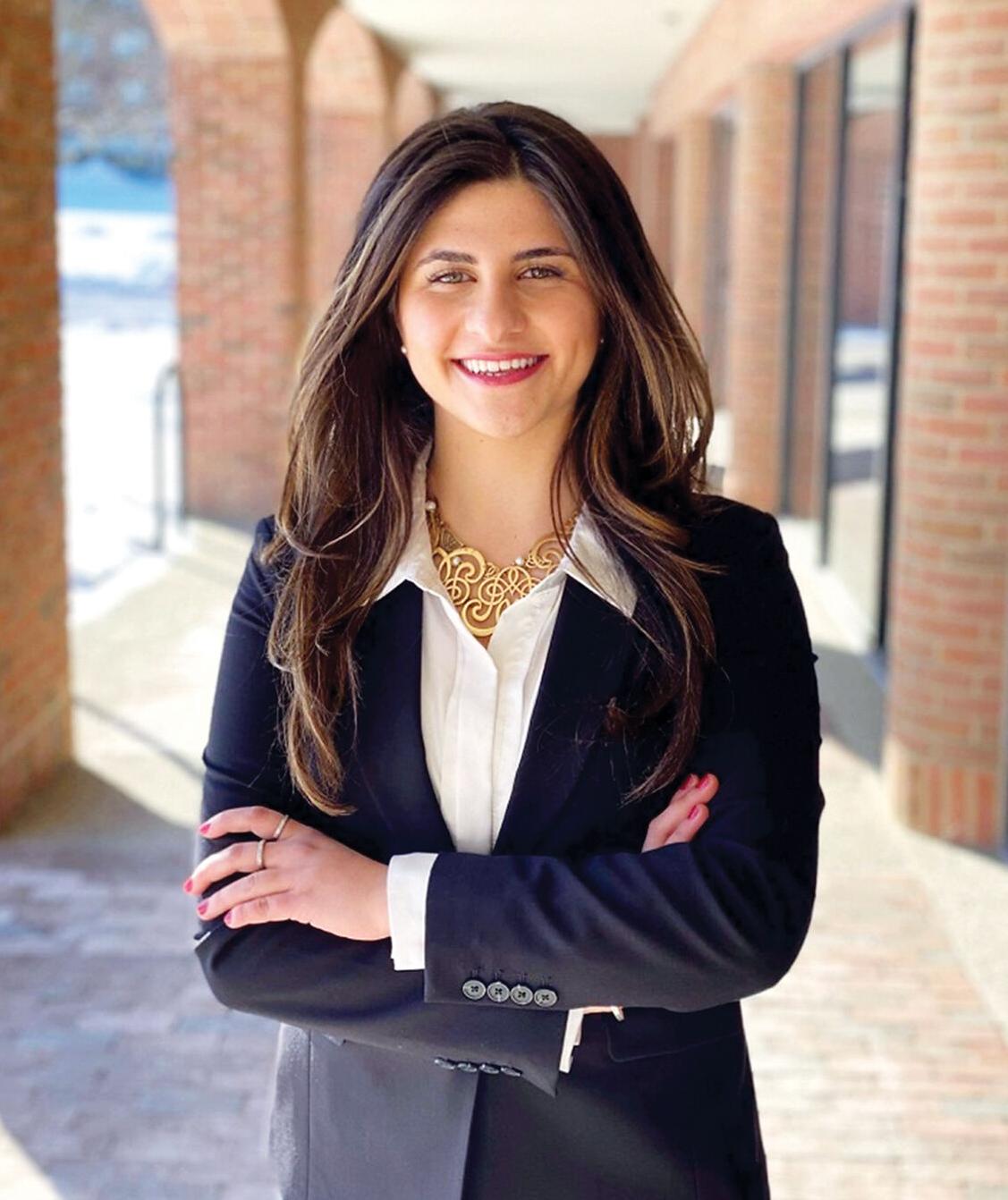 Lana Alnamee, a junior at UVM, usually lives with her family in South Burlington and commutes to campus. But this year, she’s searching for an apartment to mitigate the risk of transmitting the virus to her family. 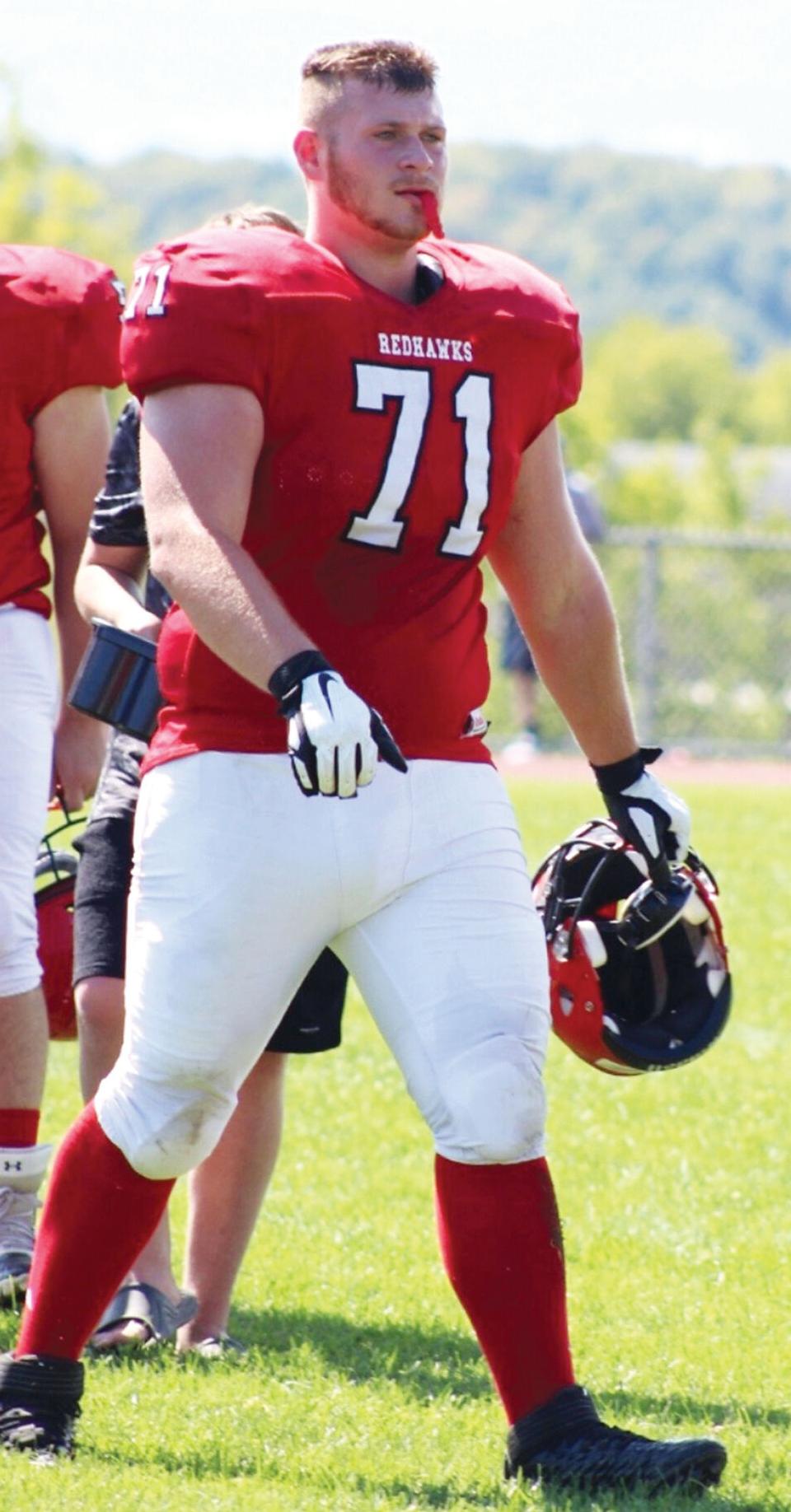 Zach Gamelin is still excited to play football at Bridgewater State University – even though there have been COVID-19-inspired modifications to both his athletic and academic schedules.

Lana Alnamee, a junior at UVM, usually lives with her family in South Burlington and commutes to campus. But this year, she’s searching for an apartment to mitigate the risk of transmitting the virus to her family.

Zach Gamelin is still excited to play football at Bridgewater State University – even though there have been COVID-19-inspired modifications to both his athletic and academic schedules.

It’s a start of school like no other as college students prepare for the fall semester. Around the state and the nation college students are grappling with the decision to attend school in-person, take classes online or opt for a gap year.

The paper caught up with Vermont students to learn about the choices they’re making and how they’re feeling about this untraditional year.

It was homecoming weekend when Zach Gamelin of Hinesburg – then a Champlain Valley Union High School student and football player – toured Bridgewater State University. While Gamelin walked through the droves of enthusiastic students and fans to the game, he realized he had found his place.

Gamelin also knew he wanted to play football in college and to find coaches like CVU’s Rahn Fleming. Fleming made Gamelin feel at home on the CVU football team from day one and encouraged him to learn and grow. The coaches at Bridgewater gave him that same feeling.

When Gamelin thought of college, he envisioned daily football practices and in-person classes. He looked forward to the football team’s volunteer service, running training camps for kids in the surrounding area.

But COVID-19 mired those plans.

When Gamelin arrives on campus, he’ll be tested for the virus and stay quarantined until he receives his results. He’ll be tested again every two weeks thereafter. Gamelin won’t be allowed to congregate in groups of more than 10 people and his athletic trainings will be reduced.

There are definite changes, but none large enough to sway his thoughts on attending school.

“I understand why some people take a gap year or stay home, but I want to be down there with the boys, I want to play football,” Gamelin said. “I feel like I’d be nervous regardless going to a whole new school, but I trust what the school is doing testing-wise.”

As for the safety precautions, he said the university has rules in place and it will be in the students’ hands to follow them.

“If we do get sent home, I’m not going to be the reason why we get sent home,” he said. “I tend to look at this from a sport perspective, like if one domino falls then everything goes with it so I have to be careful.”

Despite the changes, Gamelin is looking forward to meeting with his coaches and bonding with his new team.

Lana Alnamee has already been tested for coronavirus. And she’s ready and willing to repeat testing weekly so that she can attend classes in person at the University of Vermont this fall.

“It’s frustrating, but it’ll be worth it,” Alnamee said.

Alnamee is a rising junior and president of the university’s student government. She decided to attend classes in-person this fall due to lack of the courses she needed online and the demands of her student government role.

But it wasn’t an easy decision. Alnamee lives with her family – about seven minutes from campus. Going back to school means she’ll be interacting with more people and could be increasing her risk of contracting the virus. She trusts that UVM is doing its best to keep students safe but realizes that with 9,000 students returning to campus it’s impossible to eliminate risk.

“I’m very nervous, to be honest, because I do have my family to be concerned about, going back to them and our professors too,” Alnamee said. “When people are making this decision, I hope the first priority is the health of the community and their family members.”

Alnamee has begun to look for an apartment so that she won’t have to risk exposing her loved ones to the virus.

“I’d love to live at home, but I think it’s probably safer not to,” she said.

But it’s not all doom and gloom. Alnamee said the university is creating alternatives to parties like outdoor movie nights.

“Humans need to interact with other humans one way or another, we need to be social for our mental health. I think that it becomes our responsibility as student leaders at the university to create an environment where we can do that, responsibly and safely,” she said.

As for community concerns about students returning to UVM, Alnamee said she hopes neighbors will remember that student renters are as much a part of the community as anyone else.

“We have to trust that the students will be safe and they’ll be making the best decisions possible,” she said.

Return to college campus in person or be remote?