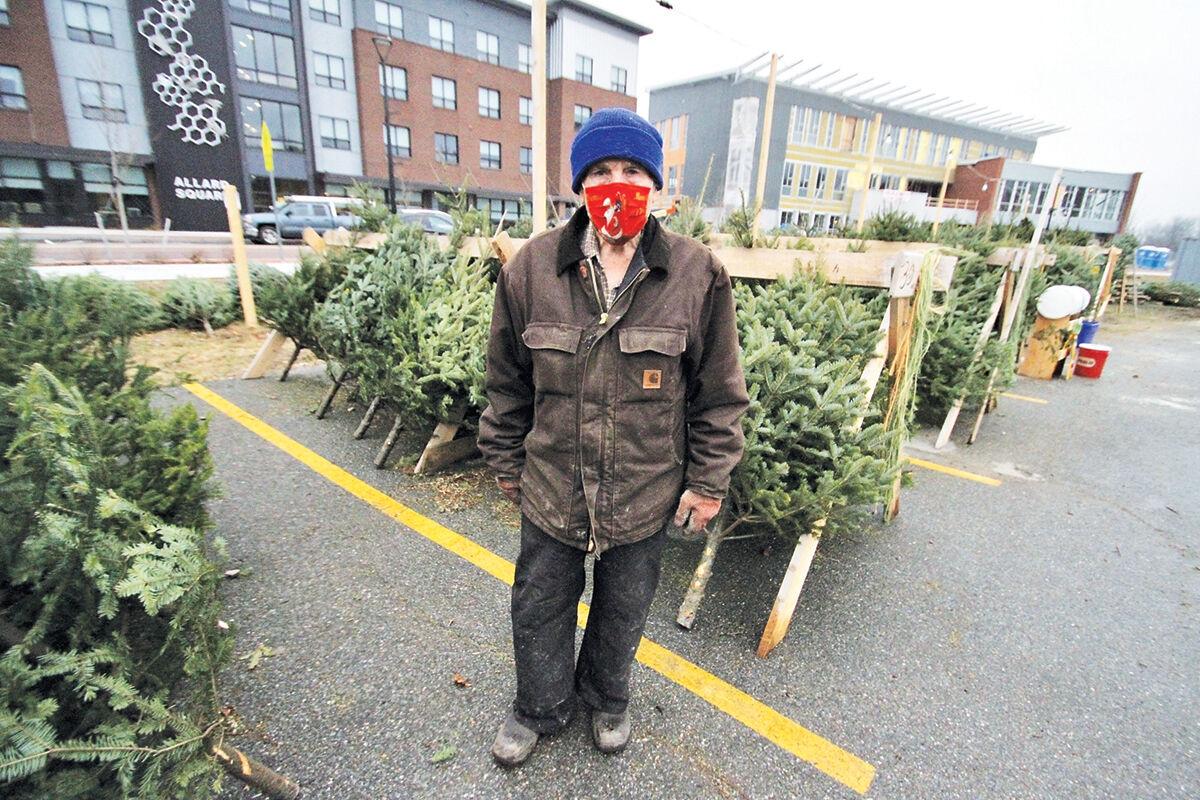 Andrew Moffatt stands with his coniferous companions on Market Street in South Burlington on Saturday, Dec. 5. 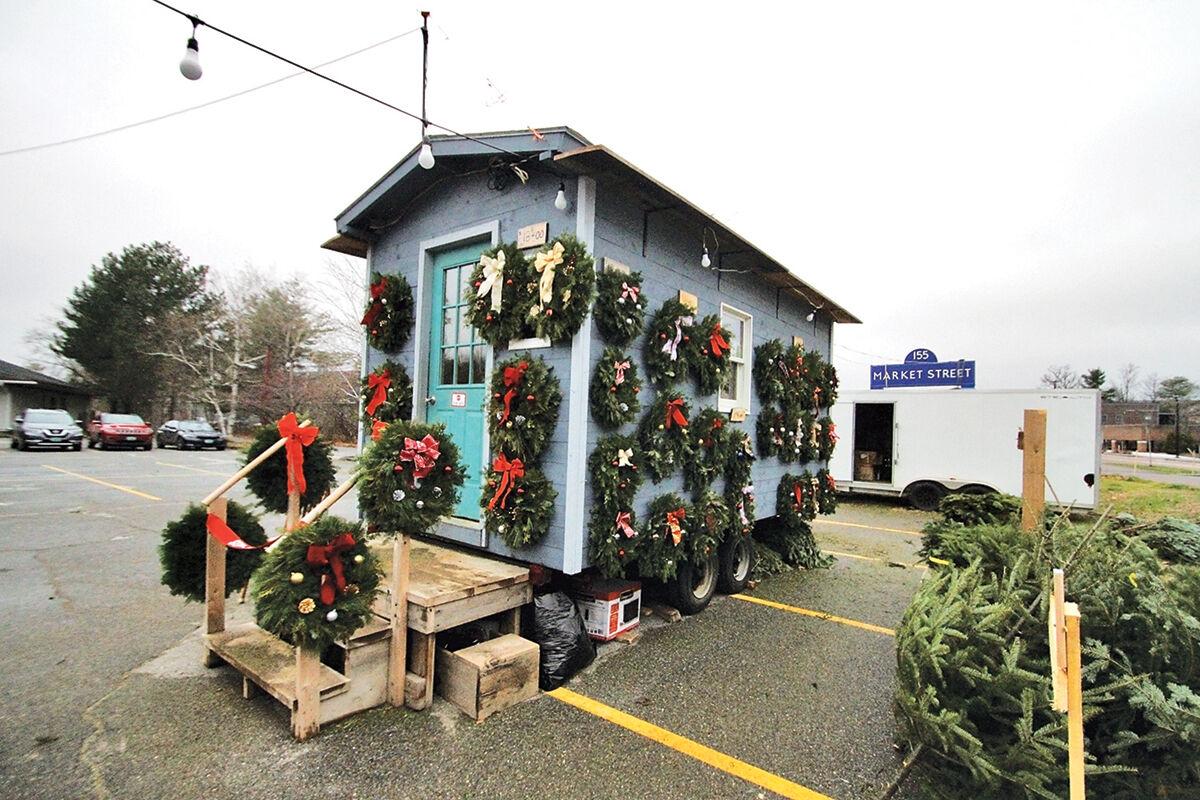 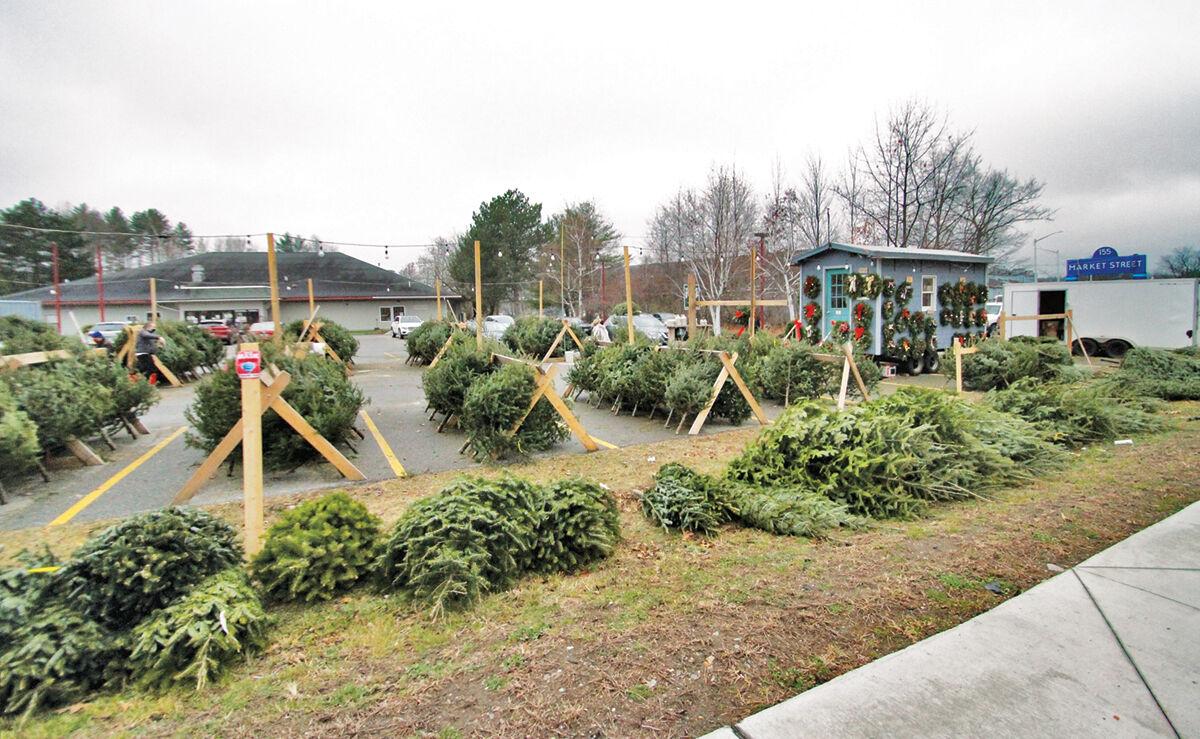 A tale of two Moffatts — Andrew and Steve bring trees, wreaths and more to locals in South Burlington and Craftsbury. 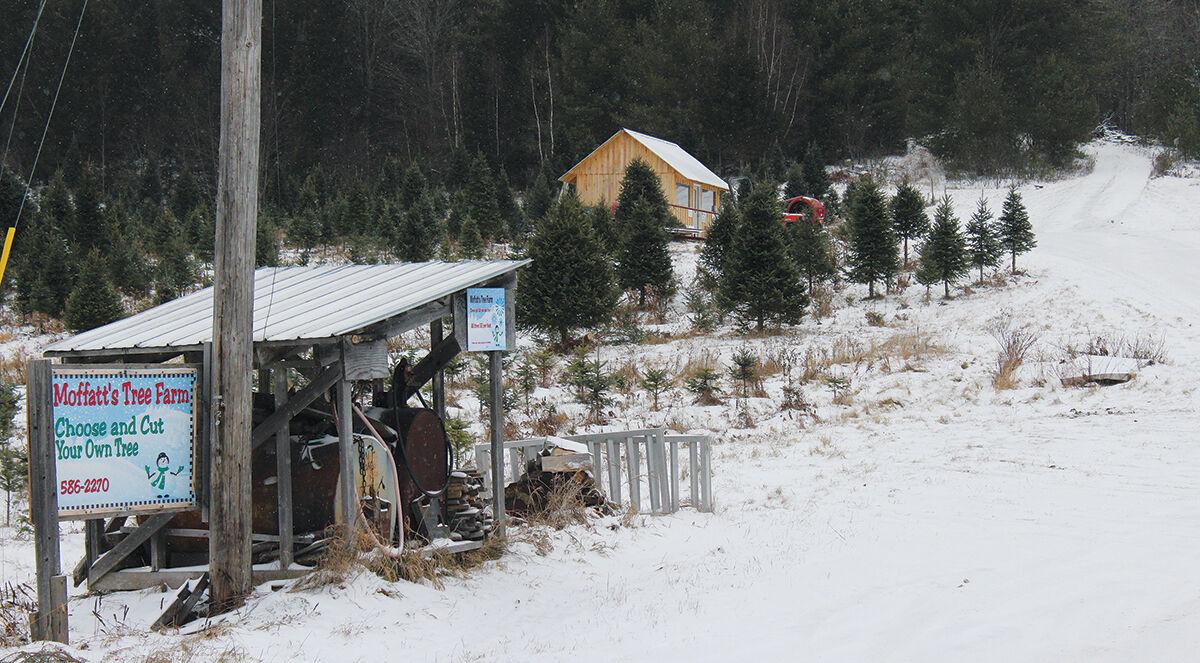 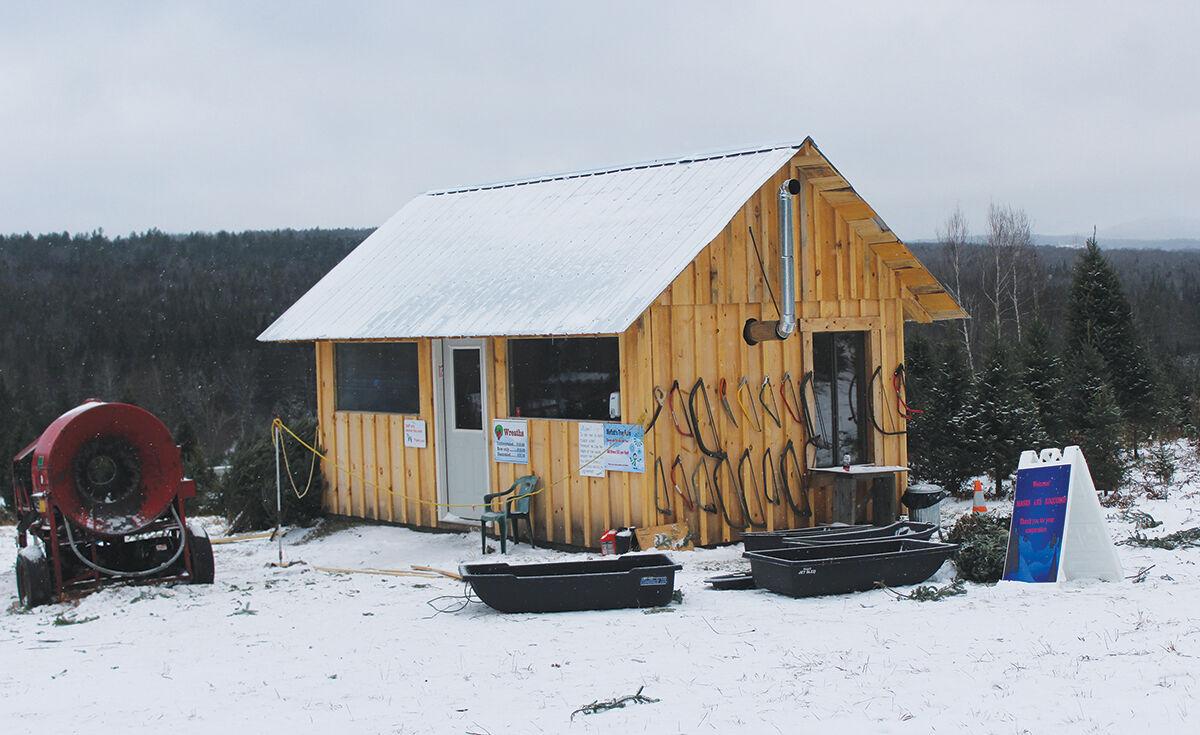 Andrew Moffatt stands with his coniferous companions on Market Street in South Burlington on Saturday, Dec. 5.

A tale of two Moffatts — Andrew and Steve bring trees, wreaths and more to locals in South Burlington and Craftsbury.

Andrew Moffatt sold his first Christmas tree when he was 23 years old, in 1963.

At 80, the flannel-clad founder of Moffatt’s Vermont Products in South Burlington has no plans to retire — yet.

While the two Moffatt clans run their businesses separately, both saw a boom in sales earlier than usual this year, in part because of the global COVID-19 pandemic.

“It’s been a very volatile season with the coronavirus,” said Steve, who questions if the boost is a pandemic silver lining or an effect of farmers aging out of the business.

Black Friday weekend is usually a slow opener for the South Burlington landmark, but this year, masked families swamped the quaint tree lot.

Andrew suspects the pandemic is the root cause.

“People have been cooped up so long, they want to help speed along the Christmas season,” said Andrew, who talks in spurts punctuated by a thick Northeast Kingdom accent.

According to the Moffatts’ Vermont Products website, which features a magical flurry of animated snowflakes, the team asks customers to social distance and limit their parties to two to three people maximum in accordance with state health requirements — masks are required.

Another change on the elder Moffatt’s lot this year is the absence of his grandkids, who frequently join the operation. He misses them but said he’s lucky to have a job where he still can be around family. “Most people don’t get a chance to work with family,” he said.

On the Craftsbury farm, three generations of Moffatts can still be found working the choose-and-cut portion of the business — greeting families with masks and similar health guidelines. Their website features a whole page dedicated to COVID-19, including links to the state department of health’s recent updates.

For the first time ever, the farm opened the weekend before Thanksgiving.

“We sold a couple hundred trees over the course of three days” — some kind of record for them, said Steve’s other half and business co-owner, Sharon.

She recalled her shock at how much business boomed before December even began, saying, “People are in a great mood. We were worried; we didn’t know.”

Steve sells about 6,000 trees a year, mostly via wholesale customers. One quarter of his sales usually go to the Scouts, but four weeks ago, that was canceled when health regulations prevented scouts from meeting in person.

“But literally that same night the phone rang, and I sold them all,” said Steve, still in disbelief.

After Dec. 25, Steve takes some time to recover from his holiday “post-traumatic stress”, he said. Then he starts the cycle again: fertilizing, planting, spraying weeds, trimming, cutting, etc.

“We replace every tree we sell,” he said. “It’s pretty much a year-round job for us.”

This time of year, he works 60 hours or more per week for 60 days straight. His favorite kind of Christmas tree is one that’s already set up and decorated when he gets home, so he can slip into bed by 7 p.m.

According to Sharon, Steve jokingly describes his holiday season as “six weeks of hell” — satisfying work, but more grueling than people might expect.

He wishes more people could see behind the scenes of the Christmas tree business. “It seems very simple and very romantic … but the business is way more complicated than anyone could possibly imagine,” he said.

This led him to another theory about booming sales: Less supply to meet the demand.

“I’d say the average age of a Christmas tree farmer nationwide is between 70 and 75 years old,” he said. After attending regional meetings for Christmas tree farmers over the last few years, Steve has noticed he’s among the youngest present, despite being in his early 50s.

Aside from multi-generational Christmas tree farmers, like the Moffatts, many in the business are retiring without a younger generation of farmers to replace them.

“There just aren’t many young Christmas tree farmers anymore,” agreed Sharon. “It’s so expensive to buy land or start a new farm. If you buy land you have to wait eight to ten years to make a profit.” Hence the short supply.

Andrew — whose son, Jesse, and daughter-in-law, Diane, now own the South Burlington business – agreed that the Christmas tree business is more work than people think.

“It’s such hard work, and it requires such a long time to grow and harvest; lots of people don’t want to put that into it,” he said. “There’s not a lot of money in the Christmas tree business when you look at the hours and how much work we put in. But we do it because we love it.”

Despite his love for the job, Andrew admitted he does not put up a Christmas tree in his own house.

“We handle so many trees during the season, we don’t actually put up a tree because it wouldn’t be in time to enjoy it,” he said, chuckling.