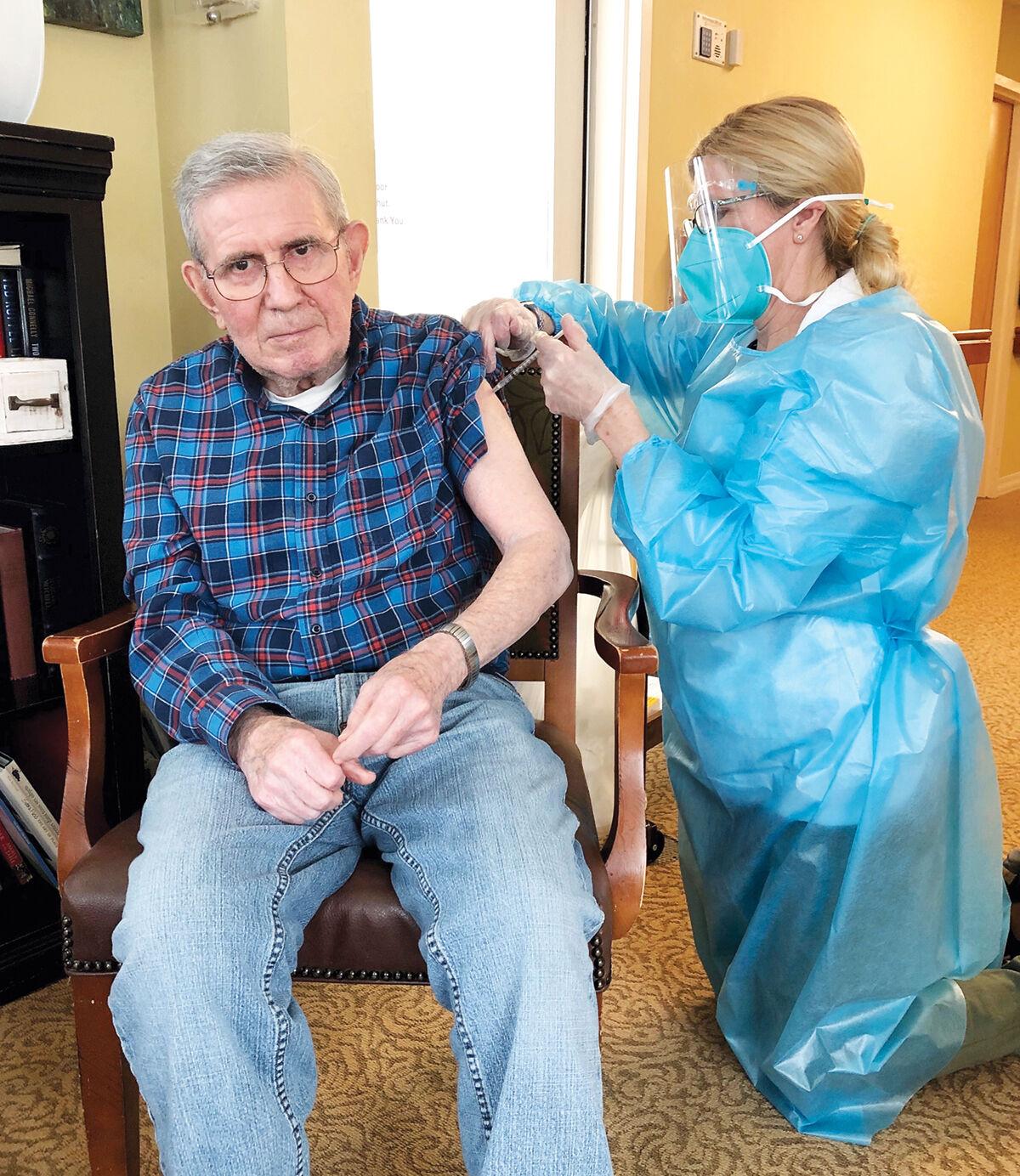 Ronald Renaud, a resident of The Arbors, gets the first of his COVID vaccines. 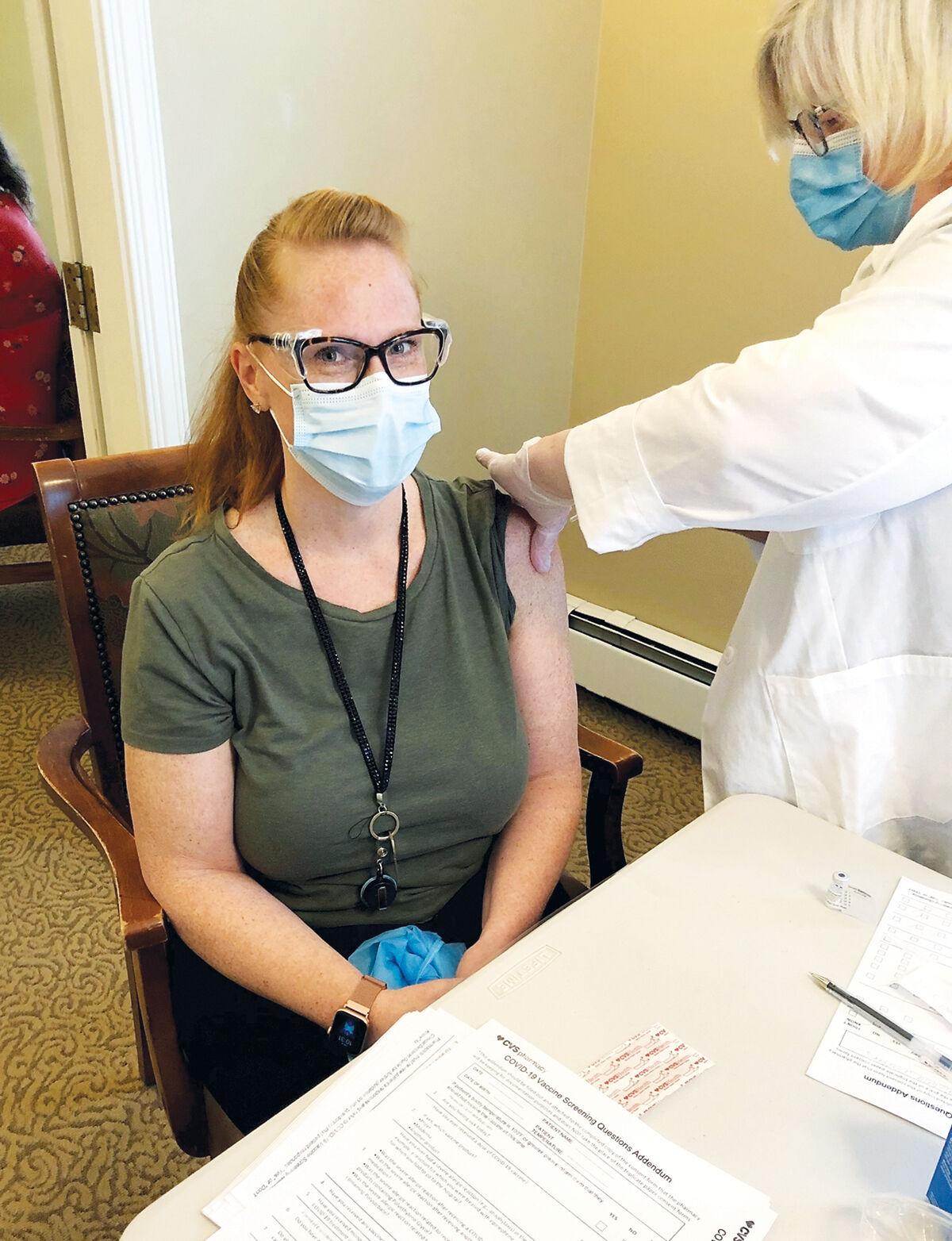 Michelle Walters, a nurse at The Arbors, gets her COVID vaccine. 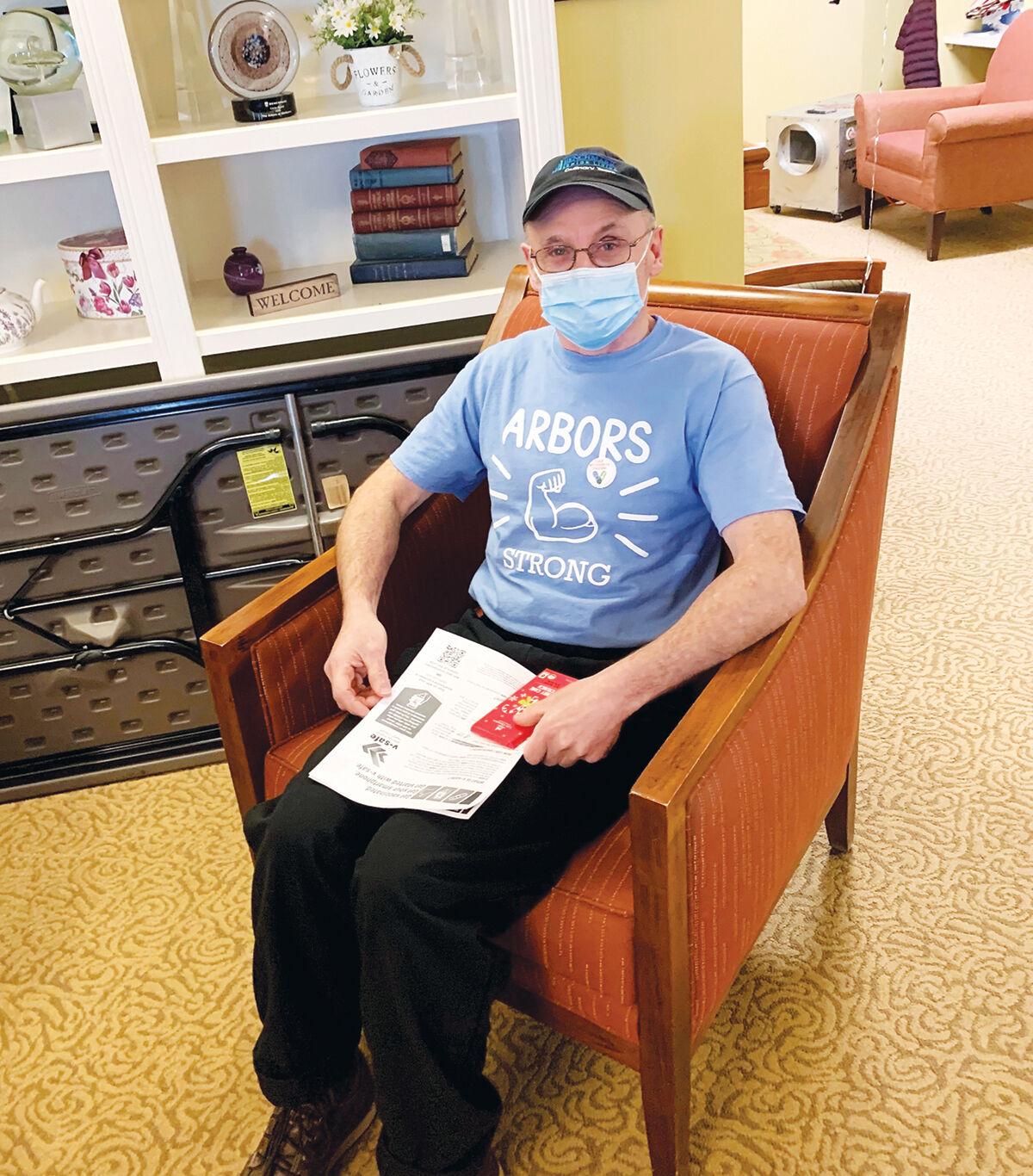 Staff member Tim Taylor waits to get his vaccine.

Ronald Renaud, a resident of The Arbors, gets the first of his COVID vaccines.

Michelle Walters, a nurse at The Arbors, gets her COVID vaccine.

Staff member Tim Taylor waits to get his vaccine.

Before Jan. 8, Wendy Brodie, executive director of The Arbors in Shelburne, said she hoped that Friday would be a new beginning.

On Monday, Brodie said the day had been as wonderful as she had hoped.

Friday was the day — 125 staff and residents of the assisted living facility in Shelburne received the COVID-19 vaccination.

Brodie called the day a celebration.

And it was: the red carpet was rolled out for staff, metaphorically speaking. There was music, balloons and snacks, she said.

A few staff members had mild pain the next day but it was minimal. Brodie said, “They are looking forward to the next round.”

Brodie was among the first in line. She said it didn’t hurt any more than a flu shot. The next day her arm was a little sore, that was all.

In total about 85 employees and 45 residents got the shot, including resident Larry Bean.

His wife, Marie, who doesn’t live at The Arbors, was “absolutely ecstatic” about her husband’s vaccination.

“I hope this will be a new birth for us. I hope everyone will be able to get the vaccine so we can see each other again,” Marie said. “I’m so pleased that in such a short time, they were able to come up with a vaccine and get it out so quickly.”

She said a staff member called her on Friday after her husband got his shot and said he had taken it very well. When she visited, he seemed just fine.

Nurse Michelle Walters had no hesitation about getting the shot. Despite apprehensions about the unknown factors related to the vaccine, she said her greater fear was bringing the virus into The Arbors.

The hardest part of the pandemic has been having to keep family members out of the building and away from residents, Walters said.

“They have to watch their family member through the window,” she said.

Walters said the wife of one patient told her sometimes she drives to The Arbors and just sits in her car in the parking lot to be closer to her husband.

The Arbors partnered with CVS Pharmacy for delivering and administering the vaccine, which was developed by pharmaceutical corporation Pfizer.