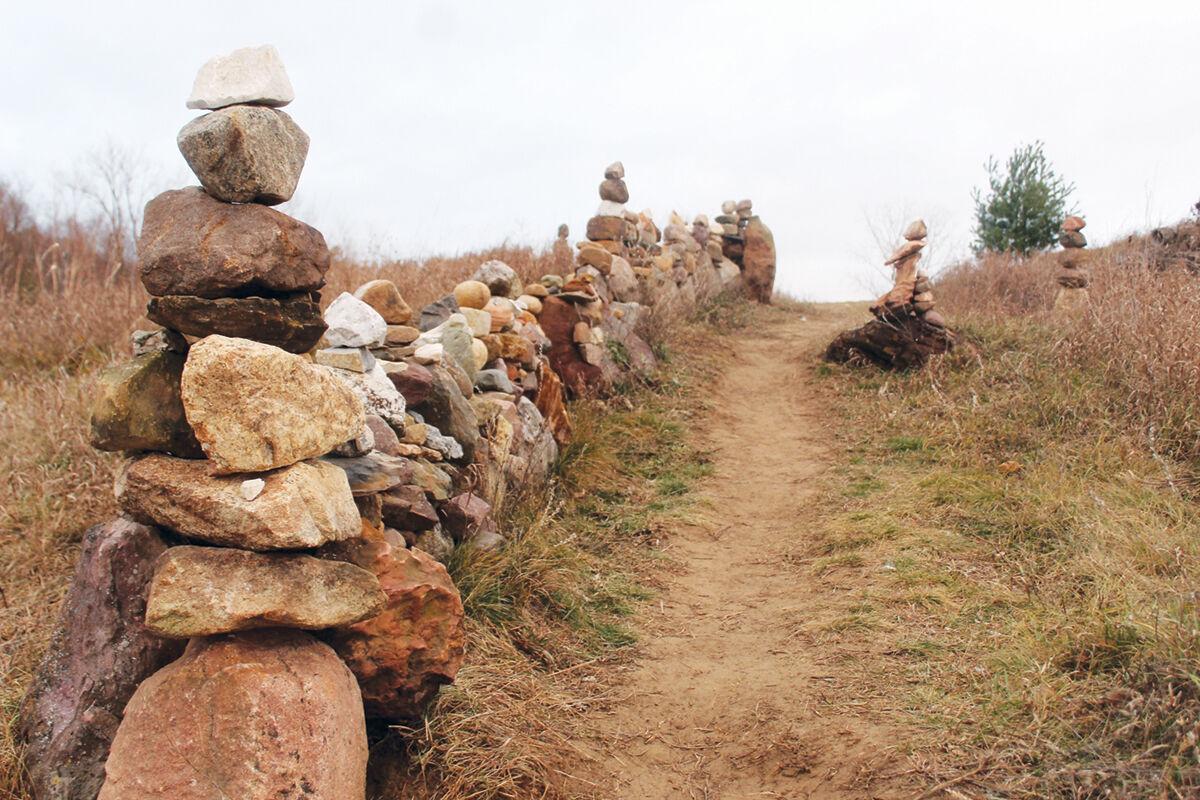 Paul Marton said he has plenty of stones. They are in piles on the farm’s hills where farmers dumped them for more than 150 years. Sometimes he uses found objects in his sculptures like bones or old farm implements he’s found. 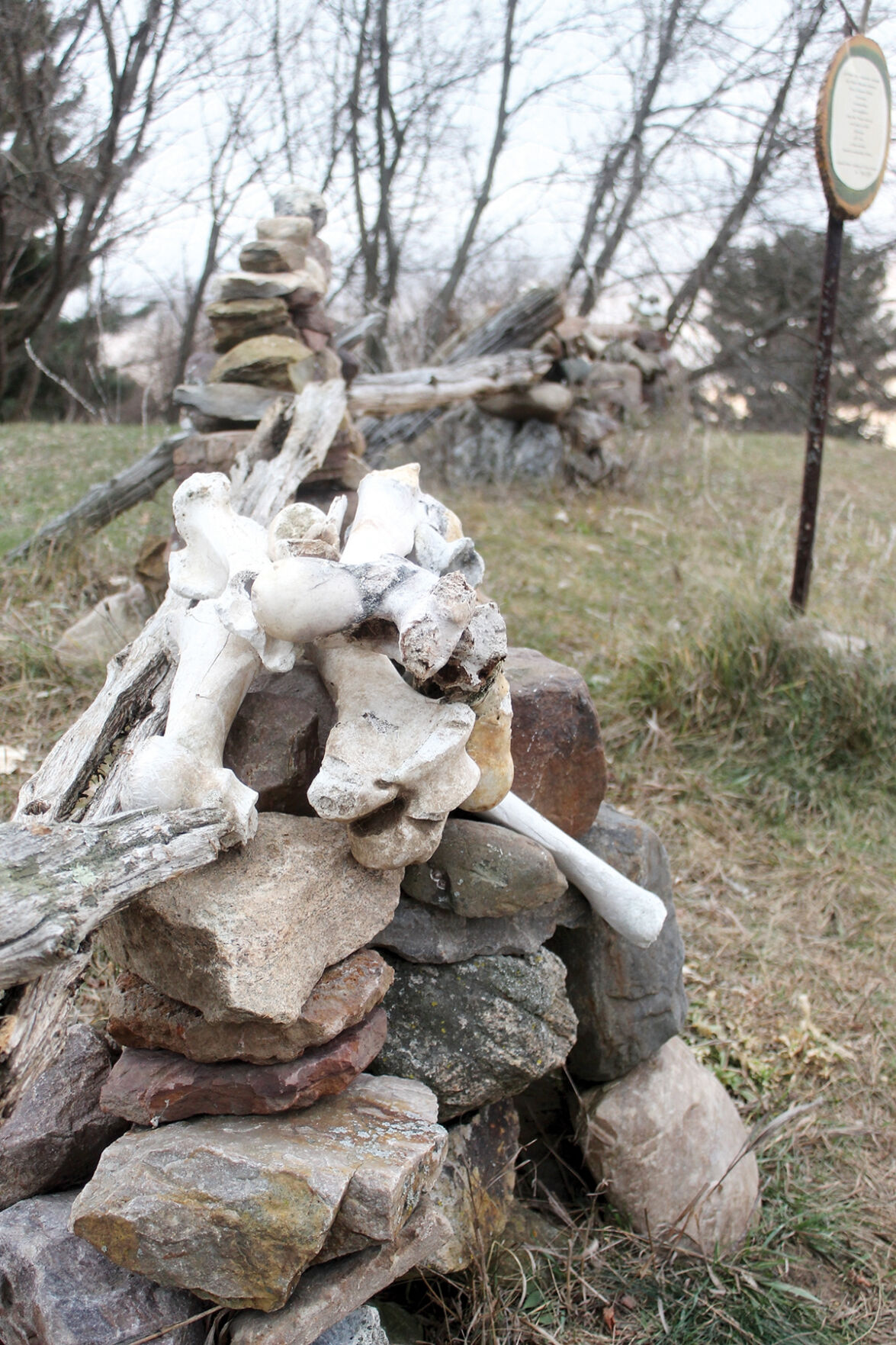 Jacques Paul Marton has been stacking stones on UVM’s Wheelock Farm for around 10 years, following the dictates of his intuition and what the rocks tell him about how they will fit together. 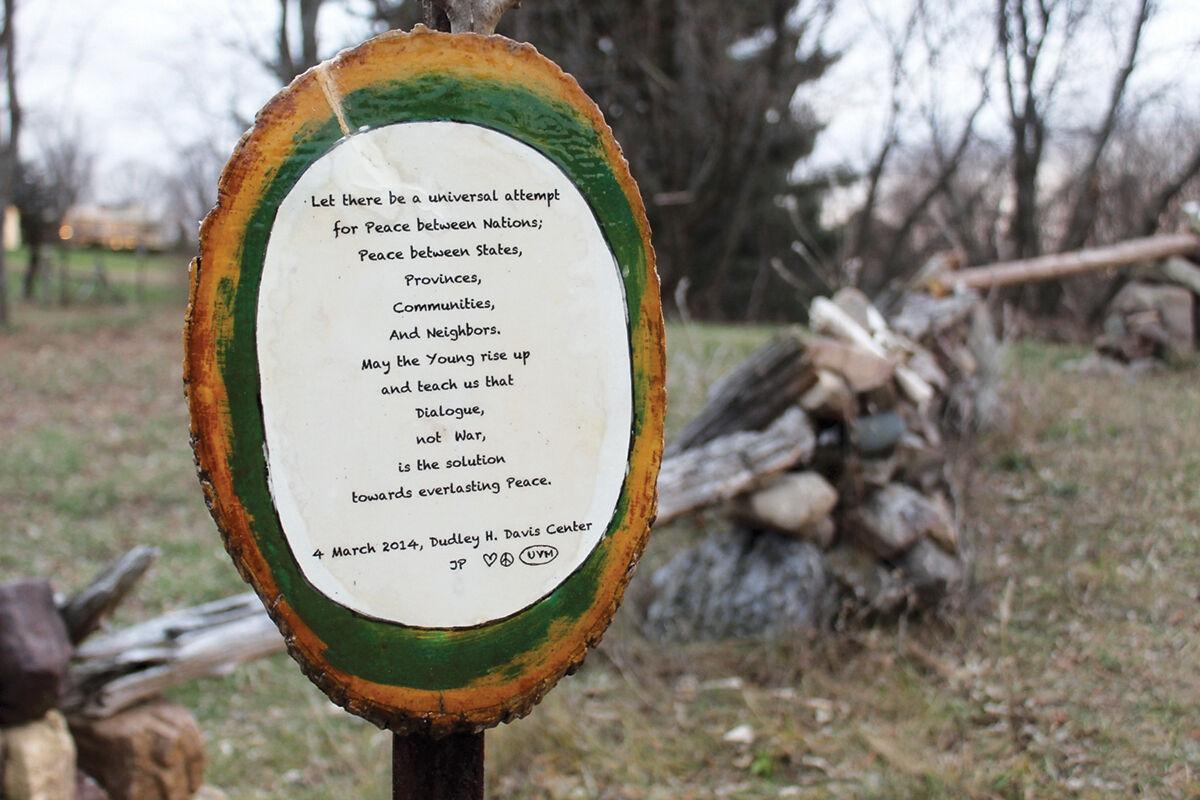 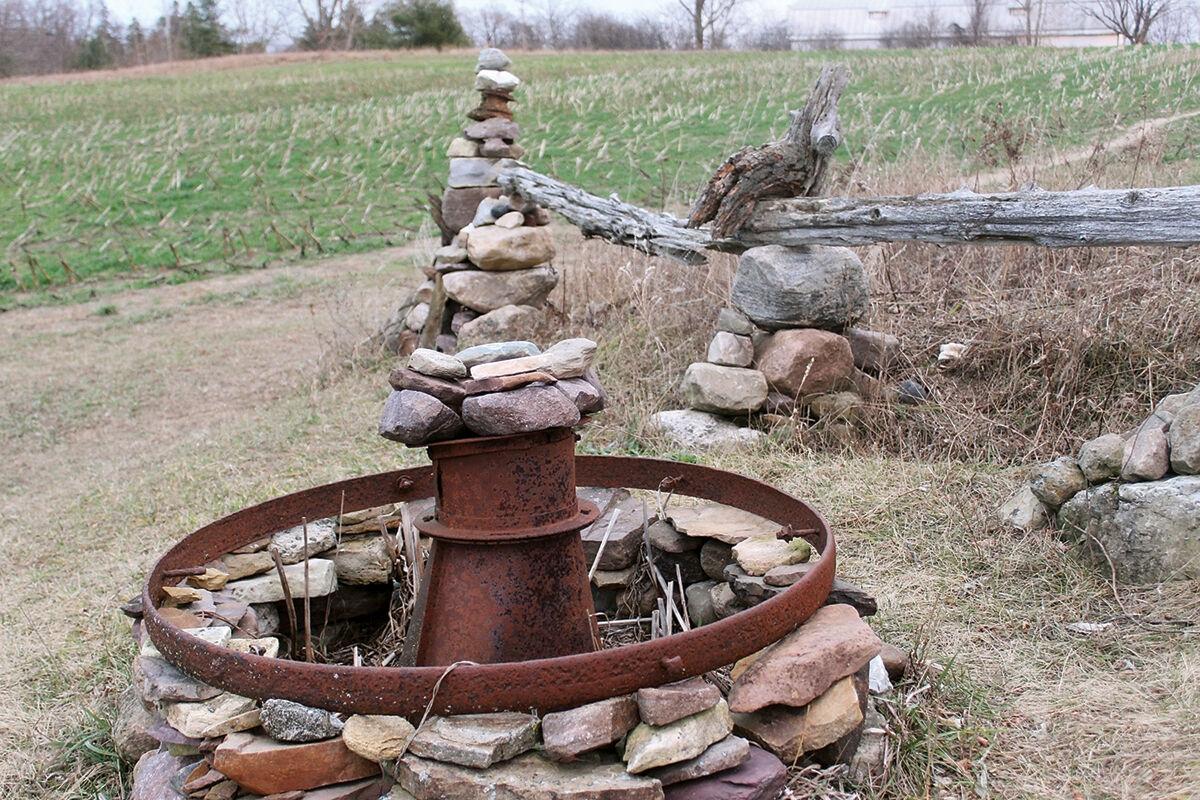 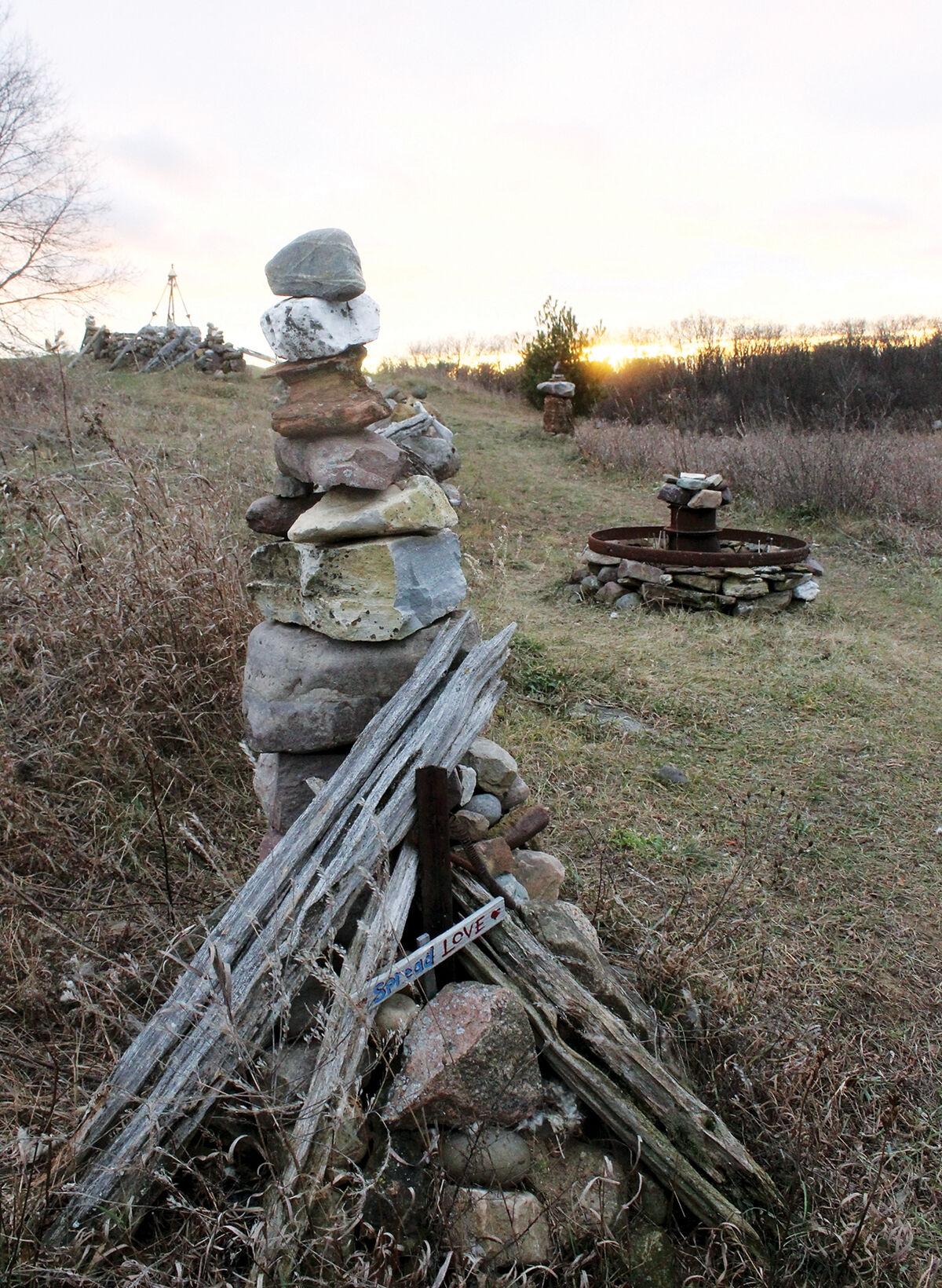 Paul Marton said he has plenty of stones. They are in piles on the farm’s hills where farmers dumped them for more than 150 years. Sometimes he uses found objects in his sculptures like bones or old farm implements he’s found.

Jacques Paul Marton has been stacking stones on UVM’s Wheelock Farm for around 10 years, following the dictates of his intuition and what the rocks tell him about how they will fit together.

It’s one stone at a time for Jacques Paul Marton, of South Burlington, as he builds stone cairns behind the barn on the old Wheelock farm at the corner of Spear and Swift streets.

Marton said he’s been putting up the stacks of rocks for around 10 years, staring at them, waiting to hear how they should fit together.

Oh, and he lives at Stonehedge.

He didn’t set out to build the installation of cairns that others might consider art. He just followed his intuition.

“I never thought I would do something like that; it just came to me,” he said.

One day his dog Cooper scampered off while they were walking. When Marton caught up to Cooper, he was standing near a pile of rocks.

For reasons he doesn’t completely understand, he began to stack them. And he came back again.

Day after day he found himself returning to the field behind the Wheelock barn, that’s now owned by the University of Vermont, looking at the rocks to see how they might sit together.

The rock sculptures grew and multiplied.

Marton, who is a custodian at the University of Vermont’s Davis Center, was fascinated by the rocks and their shapes, sizes and variety.

“Each one has a personality. They all have a different story. I don’t count the time it takes to build a cairn. You just lose yourself and start meditating on the way they can fit together,” Marton said.

Marton said stacking the rocks is a spiritual experience and a community building practice.

About four years ago the rock sculptures became a UVM project, Marton said.

He has been working with students of Walter Poleman, a senior lecturer at the Rubenstein School and the director of UVM’s greenhouse program.

He’s also collaborated with students from Frederick H. Tuttle Middle School, but those visits have been curtailed by COVID.

Marton has wondered what the meaning of his rock sculpture garden is. He asked Poleman what the rock project is about and Poleman said it’s about relationships.

People using the nearby bike path often come over to see what Marton is doing.

“The most important thing is the people I’ve met, and the stories they’ve shared with me,” he said.

Another important lesson he’s learned from stacking rocks is what a wonderful community South Burlington is, Marton said.

Besides connecting him with his community, he feels like the daily practice connects him with the past. He often thinks of the Wheelocks, who bought the farm around the 1940s, and the original owners who he believes first farmed here in the 1850s.

He uses a scythe to clear the paths to the cairns. Not a weed whacker or other power tool. Using a hand tool that’s been around for centuries is more appropriate to the spiritual practice he follows by intuition.

Marton said he doesn’t know how many cairns are there. Counting them would somehow detract from the spirit of what he’s doing. A casual visit shows there are several hundred.

In the winter during the week, he may stack stones for an hour and half or so after work. On weekends he’s out there for a couple of hours each day. During the summer he often works with the rocks for four hours a day.

Recently, ribbons have been added to the installation. People write messages on ribbons and tie them to a tree there or a fence he’s built.

He would like for visitors to bring ribbons about a foot long and around an inch-and-a-half wide to leave for others to write their thoughts and tie them to the tree or the fence.

Marton said he’s noticed that during the quarantine a lot more people are outside, enjoying nature, so the numbers of visitors to the stacks of rocks has grown.

“People especially during COVID have come out and discovered the cairns for the first time. Families often come, and they might tie a ribbon or put a rock on the top of a cairn,” he said.