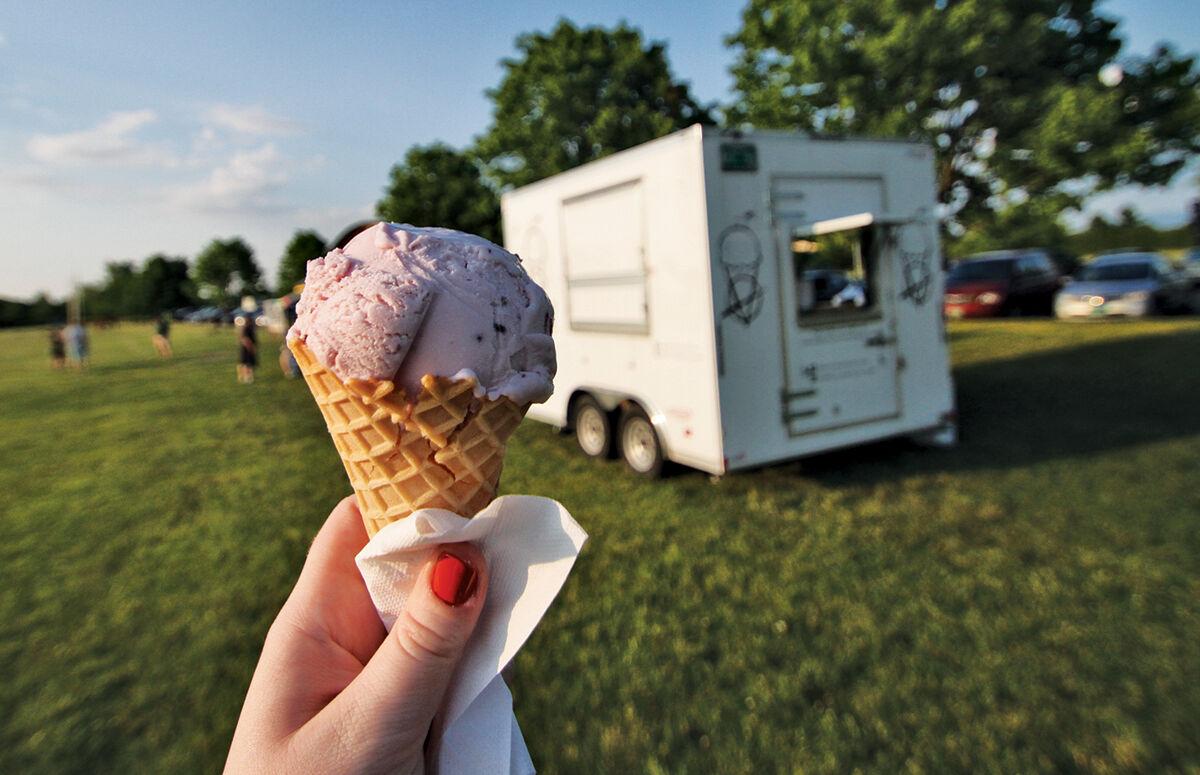 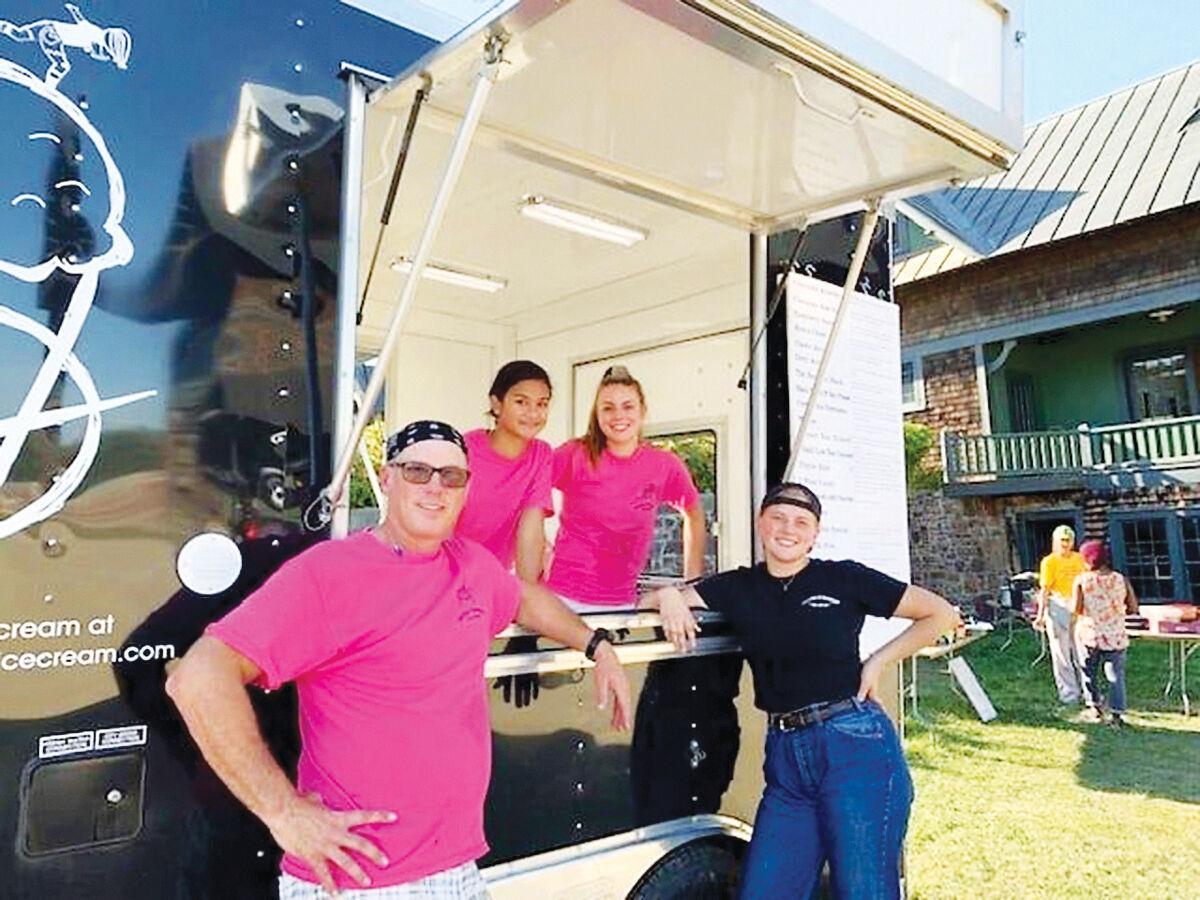 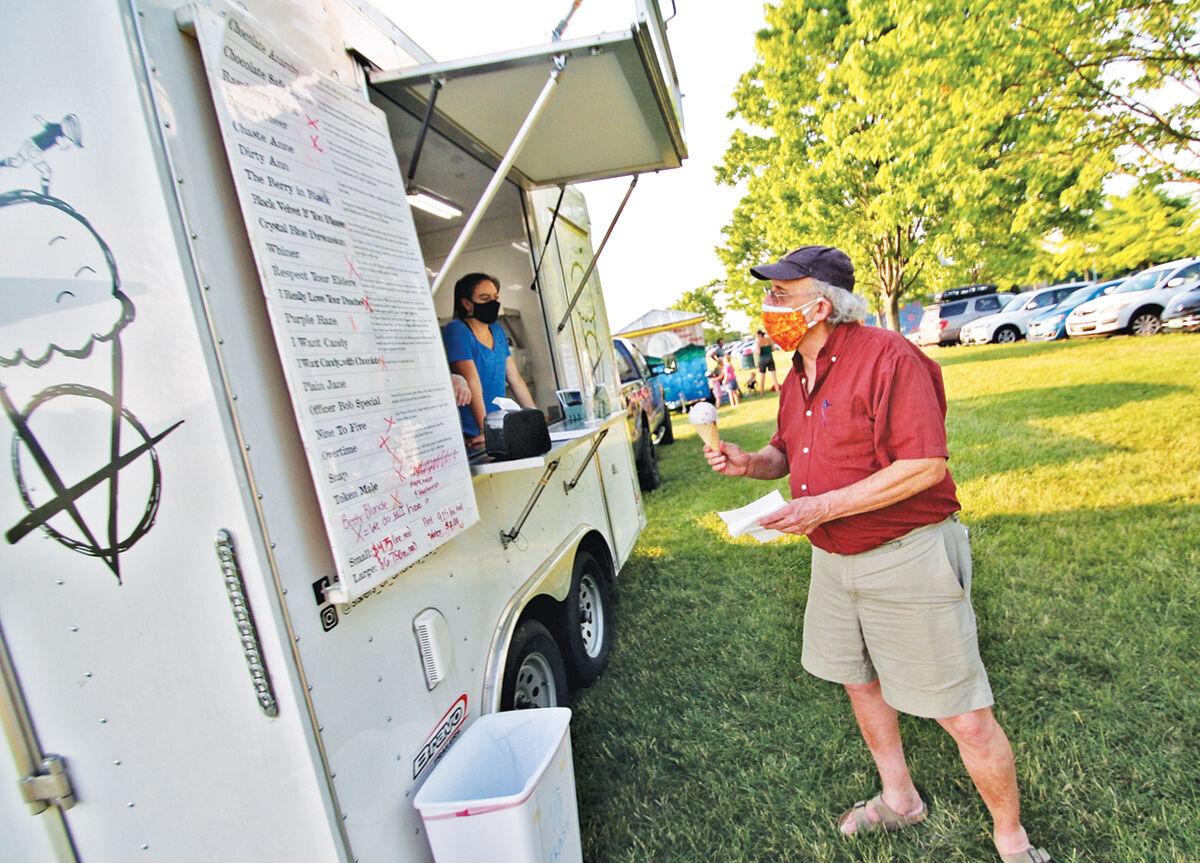 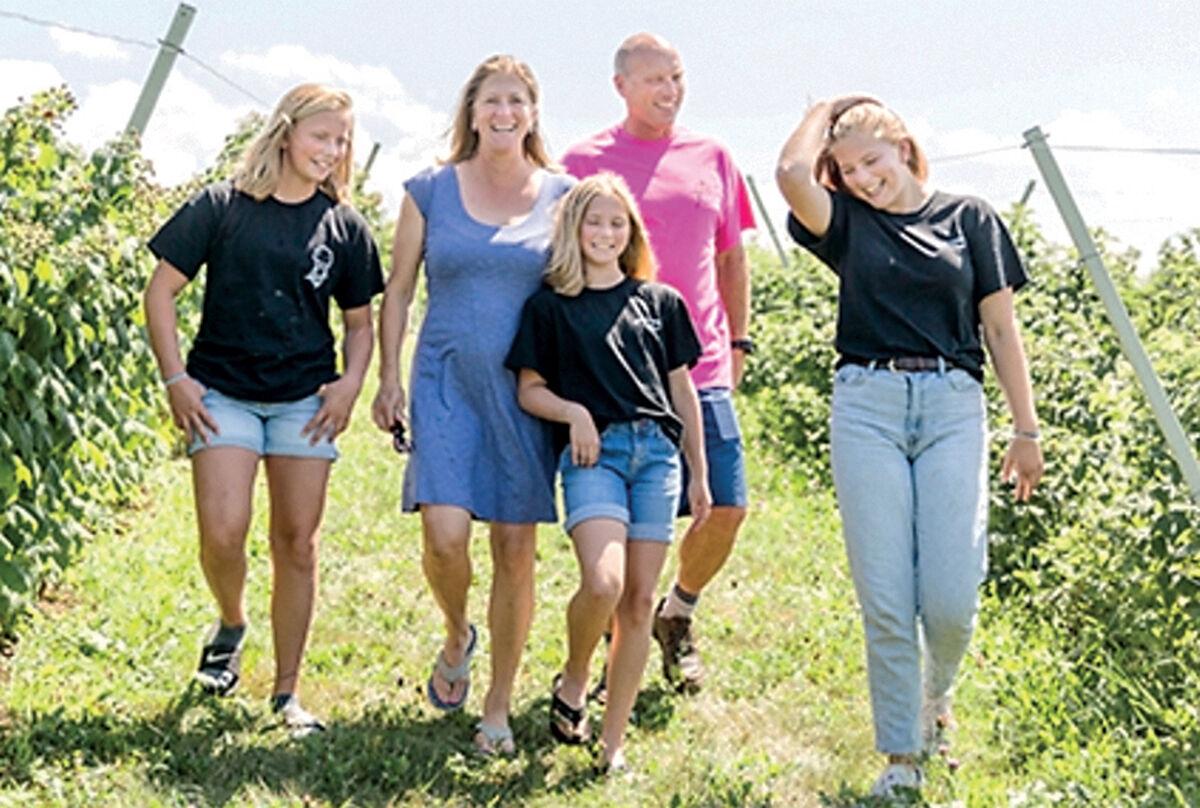 Sisters of Anarchy Ice Cream and Fisher Brothers Farm owners Becky Castle and Bob Clark walking with their daughters through raspberry plantings at their farm.

Sisters of Anarchy Ice Cream and Fisher Brothers Farm owners Becky Castle and Bob Clark walking with their daughters through raspberry plantings at their farm.

An ice cream obsession led to an ice cream profession, and the formation of Sisters of Anarchy Ice Cream in Shelburne.

Becky Castle, the mother of Sisters of Anarchy, said she and her husband Bob Clark had a bit of an ice cream problem when they were first dating as Middlebury College students.

“We were eating a ton of ice cream, so we decided the way to mitigate the problem was by only eating ice cream which we had cranked ourselves,” Castle said.

So, the couple had some – maybe a lot of – experience making ice cream when they bought 75 acres on the east side of Spear Street, just north of Kwiniaska Golf Course.

After purchasing the farm, they spent three years researching what they wanted to grow, and decided on berries.

They dubbed it Fisher Brothers Farm in honor of the dairy farm Clark’s grandfather and two great uncles ran in New York.

Clark and Castle planted their first berries in 2015. The first ice cream from their farm-to-cone agricultural venture was churned in 2016.

What’s in a name?

“The name Sisters of Anarchy was really inspired by our three daughters who sort of create chaos in our lives,” said Castle.

Those daughters, ages 12, 14 and 15, have worked in all aspects of the farm – weeding, planting, picking, social media-ing, even recording a theme song.

On the Sisters of Anarchy website there’s link to a jazz/funk/hip-hop song Castle and Clark wrote, Clark performed and produced, and their daughters sang and rapped.

It’s a funny and whimsical song, like all of their marketing. Castle said, it’s kind of an earworm that keeps creeping in.

The “Anarchy” in Sisters of Anarchy was also inspired by one of the first flavors.

“One of our early chocolates, we were joking around. It was so rich we were like, ‘It’s like chocolate anarchy,’” Castle said.

“We feel like ice cream should be fun,” she said.

Well, that last one is still in development, but Castle promises it will be something simple.

You may also notice that many of the flavors are inspired by classic rock songs.

Castle said her favorite flavor is I Want Candy … With Chocolate.

Lily Clark, 15, was serving ice cream at South Burlington’s SoBu Nite Out and About on Thursday night, July 9, at Veterans Memorial Park. She admitted her parents were big fans of classic rock.

“Nothing is off limits. We just come up with fun, goofy names. It’s definitely fun to be packing ice cream and it’s called Beefy Blonde,” Clark said.

She’s sure the fun and goofy marketing strategy works because she can hear people reading the names as they wait in line, getting curious about the various flavors.

“Which would you rather get – a blueberry ice cream or a Crystal Blue Persuasion?” Castle asked.

Sisters of Anarchy has 20 employees during the summer and two employees year-round.

Both the farm and the ice cream business have grown during their five years and Castle and her husband still work long days, she said.

The COVID-19 pandemic has meant a very different spring than she had anticipated. Much of the Sisters of Anarchy marketing depends on outdoor venues – three farmers markets in Boston, the Isham Family Farmers Market in Williston, the Stowe Farmers Market and 220 or so other events.

All of the farmers markets are still being held but about 100 of the events have been cancelled.

Castle said this took a big bite out of their business, but it didn’t lick them (pun always intended).

However, she said, “The mail order ice cream definitely got a COVID bump. We’ve probably shipped to 40 states.”

Using dry ice, Sisters of Anarchy ships ice cream all over the country. She said they’ve sent to Washington, Oregon and California. They were on the Food Network’s list of best mail-order desserts.

During its five years, Castle has become more optimistic about Sister of Anarchy’s future.

“I used to have these epiphany moments of ‘this is awesome’ and then the following day I’d be wondering ‘what are we doing,’” she said. “Now, I have more of the this-is-awesome moments and less of the what-are-we-doing moments.”