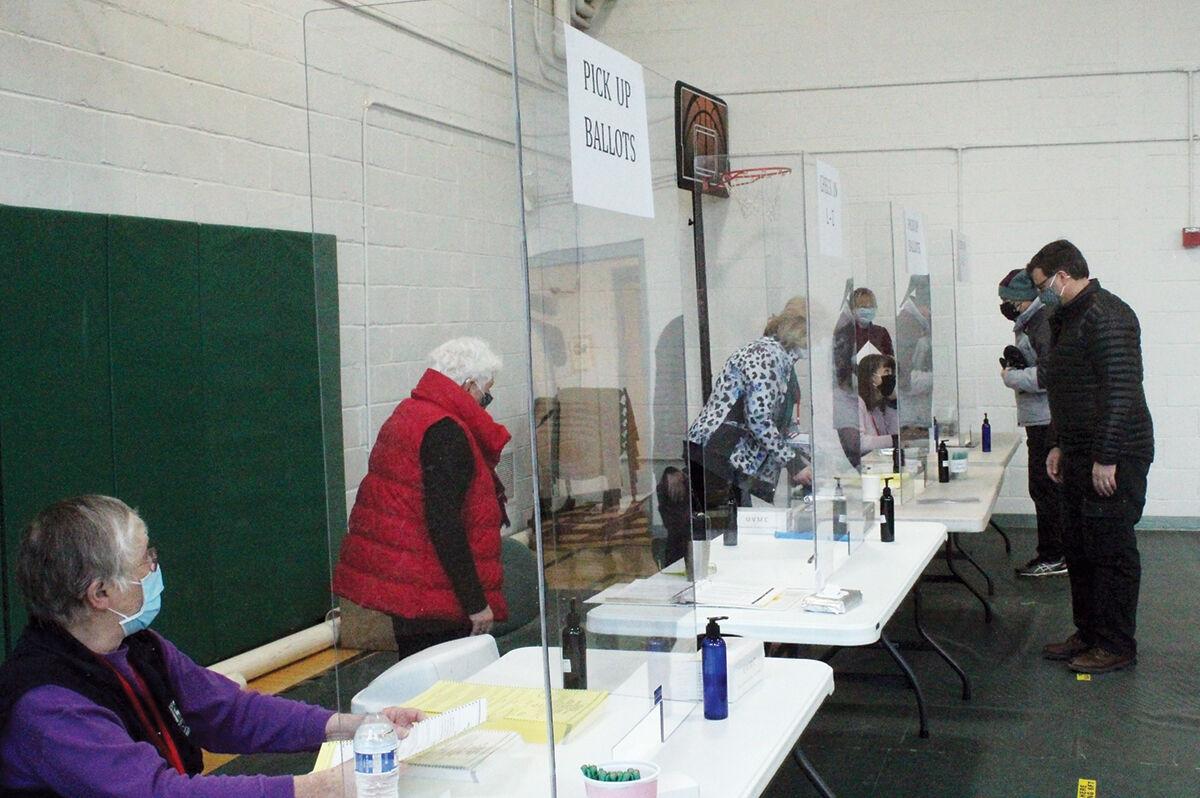 Voting was steady but not overwhelming as Town Meeting Day began in Shelburne. 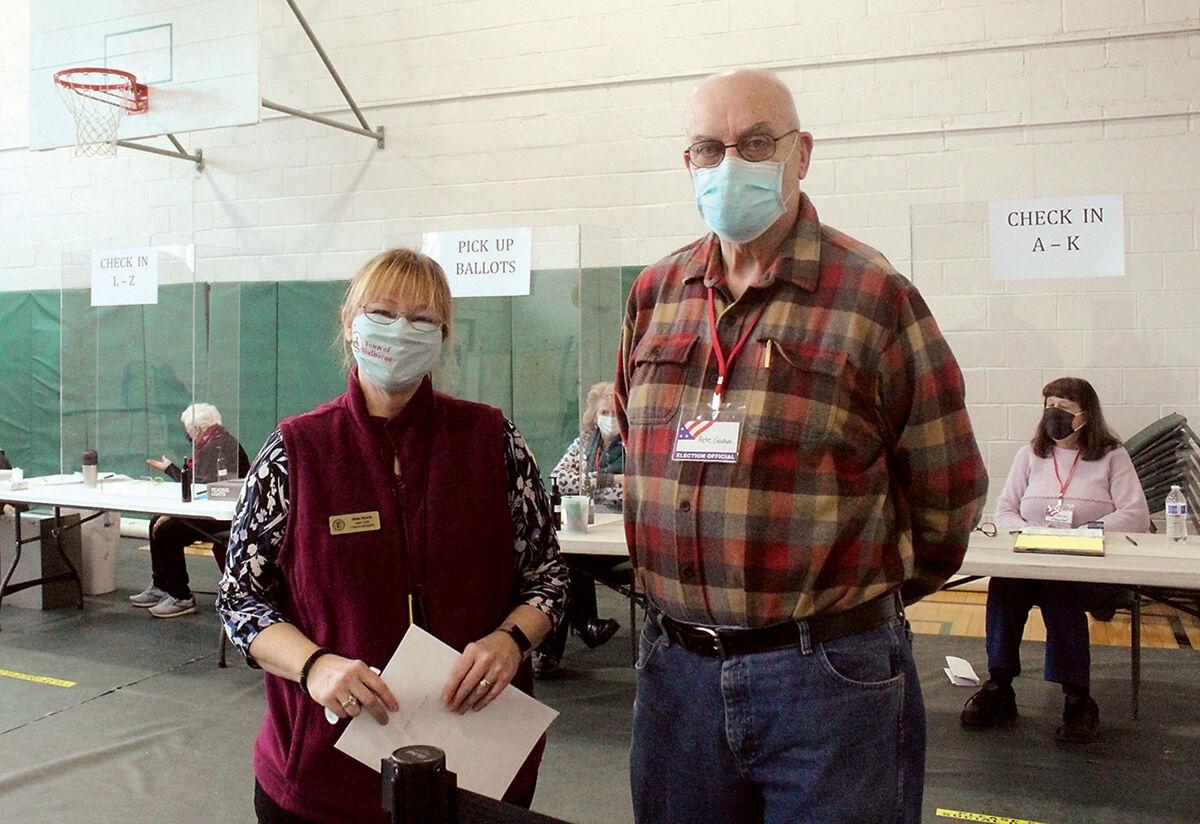 Diana Vachon, left, smiles behind her mask with poll worker Pete Gadue. Gadue, who is a Justice of the Peace in Shelburne, said he’s been working at elections there for more than 20 years. “I’m a guy who doesn’t know enough to say no,” Gadue said. 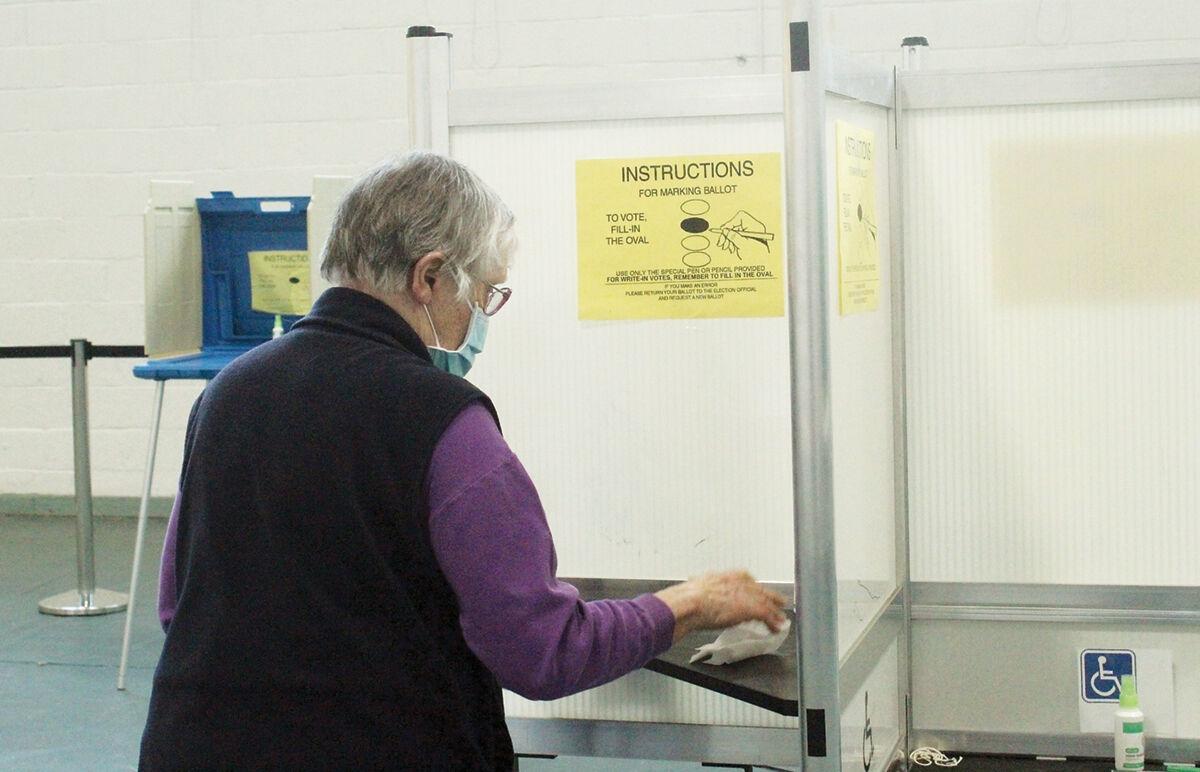 A poll worker sanitizes a voting booth in Shelburne. 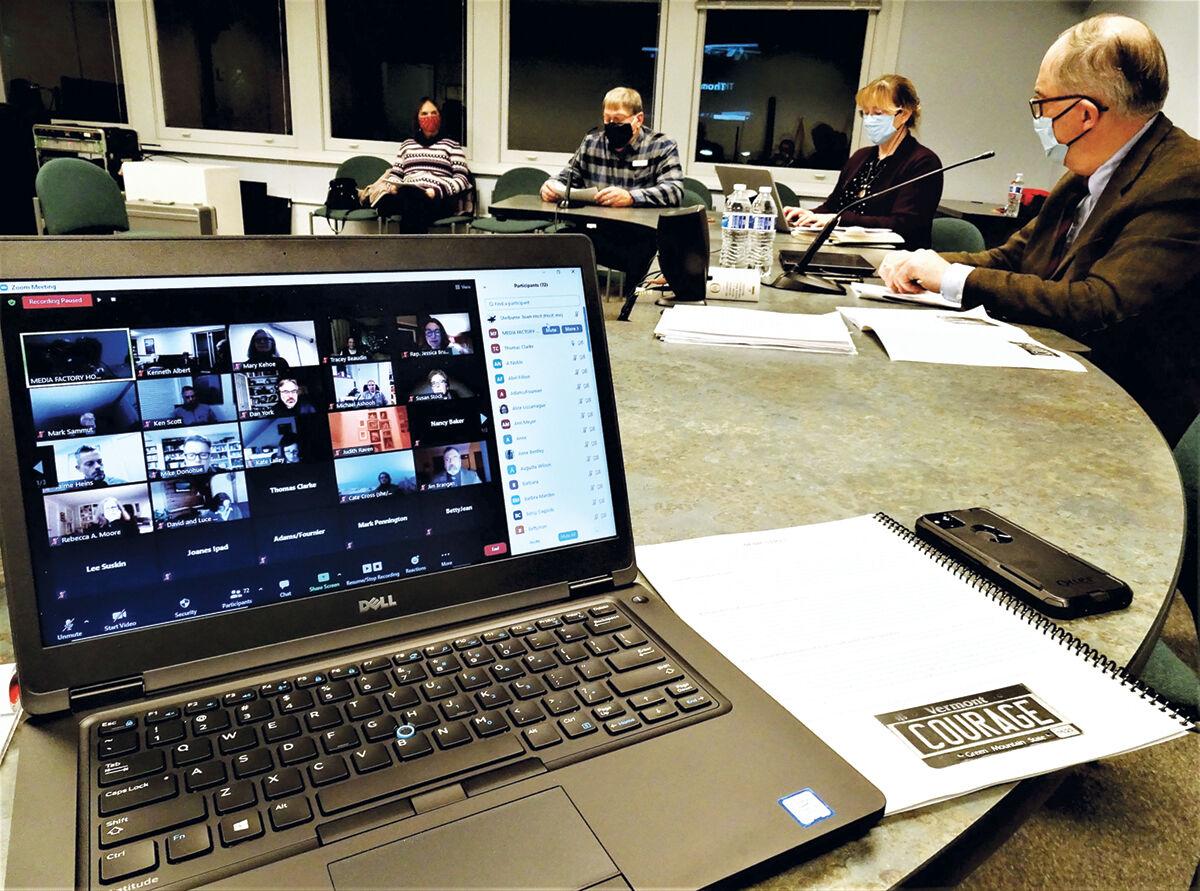 The Shelburne pre-vote informational meeting on Monday looked more than a little different. Above is Town Manager Lee Krohn’s perspective of engaged residents weighing both in-person and online.

Voting was steady but not overwhelming as Town Meeting Day began in Shelburne.

Diana Vachon, left, smiles behind her mask with poll worker Pete Gadue. Gadue, who is a Justice of the Peace in Shelburne, said he’s been working at elections there for more than 20 years. “I’m a guy who doesn’t know enough to say no,” Gadue said.

A poll worker sanitizes a voting booth in Shelburne.

The Shelburne pre-vote informational meeting on Monday looked more than a little different. Above is Town Manager Lee Krohn’s perspective of engaged residents weighing both in-person and online.

Shelburne will buy property where a new fire and rescue station could one day stand.

Voters were asked to approve a bond for $1.12 million to purchase 2.23 acres on Shelburne Road, next to Rice Lumber, Co., for a fire and rescue station.

Still, it was the closest of votes cast during the strange, cold, pandemic year. Voters resoundingly approved all of Shelburne’s budget articles.

“I am incredibly grateful to the town for their approval and confidence in our current direction. We have a great deal of work ahead, and it’s so reassuring to see strong support at these preliminary decision points,” Shelburne Rescue Chief Jacob Leopold said. “We are definitely celebrating.”

The cost of building a fire and rescue station is unknown at this time.

The selectboard’s suggested town budget of almost $9.6 million in expenses, with revenues of more than $7.3 million from taxes, was approved by an 81 percent margin — 1,392 yays to 324 nays.

Because of the growth of the grand list this past year, town manager Lee Krohn said, the tax rate to cover the base town budget will actually go down a bit. The approval of the land purchase will add less than $10 a year to taxes on property with an assessed value of $200,000.

Voters were asked to allocate $50,000 to purchase or acquire rights to land for open spaces was approved by a vote of 1,288 for to just 440 against.

There were only six town positions up for election and all of them were uncontested.

Town clerk Diana Vachon said the unofficial numbers were that around 1,751 people voted — 1,331 by absentee ballot and 420 in person.

The Colleen Haag Public Service Award is now in its fifth year of recognizing a local volunteer. Susan Stock, chair of the Shelburne Food Shelf, was named this year’s winner during a pre-voting informational meeting held Monday, March 1.

Award presenter Jim Branagan said when he contacted Stock to tell her she’d been chosen, she said, “That’s not necessary, something needed to be done, so I did it.”

“I was speechless,” Branagan laughed, “We’ve never had anyone refuse the award before. Well, after a little coaxing she relented. Thank you for your service, Susan.”

Stock herself said, “I’m honored to be recognized. But to be honest, the award really belongs to all the volunteers of the Shelburne Food Shelf, and it’s certainly not just me.”

She continued, “We often get the question, why does Shelburne need a food shelf? So let me just give you a little bit there — in a non-pandemic month, we would normally serve somewhere between 60 and 80, households and that would depend on the weather and the season and other things, the pandemic has of course created much more demand and many more people who need help.”

What’s on the ballot in Shelburne? Town Meeting Day is almost here

On March 2, Shelburne voters will decide seven articles on this strange-for-Vermont Town Meeting Day, with votes cast via Australian, or secre…