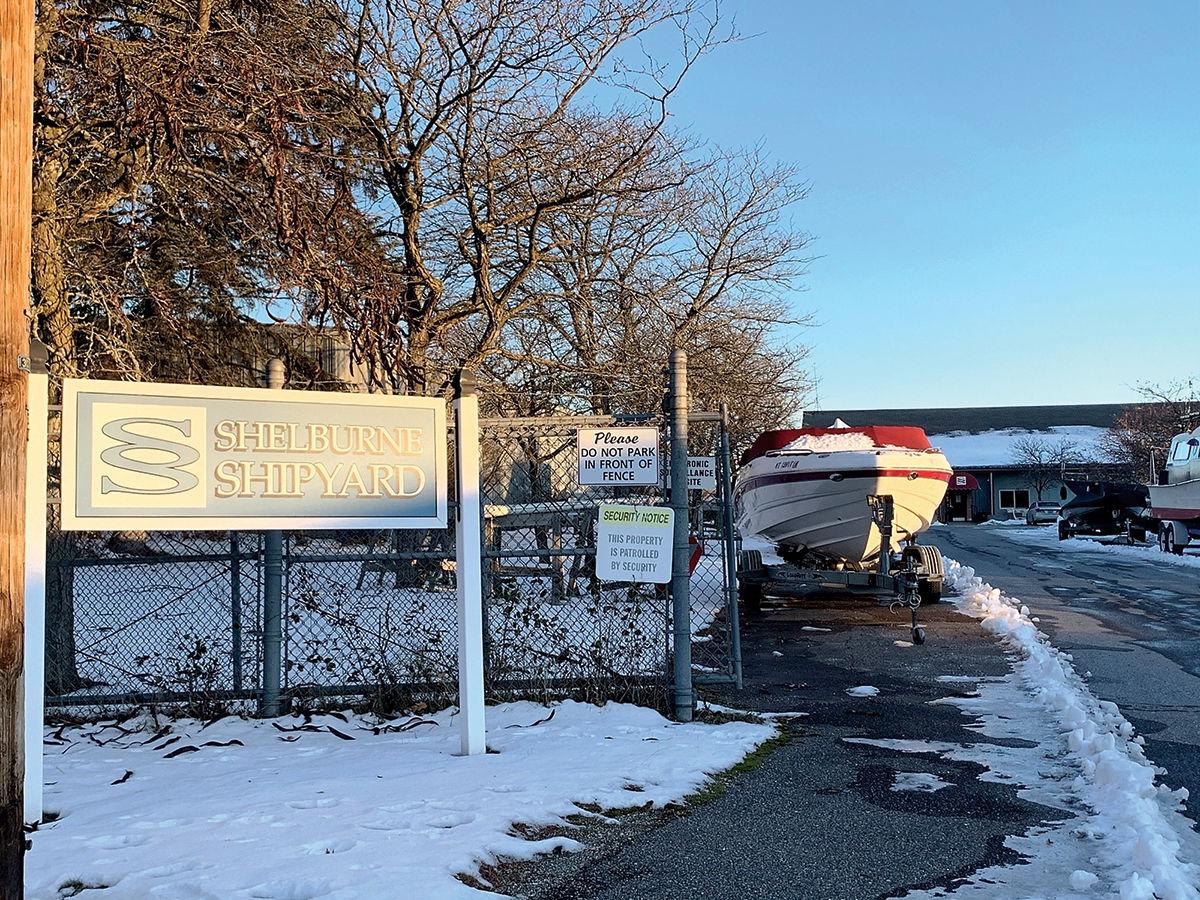 Since the turn of the 19th century, Shelburne Shipyard has anchored the east side of Shelburne Point overlooking Shelburne Bay near the end of Harbor Road. 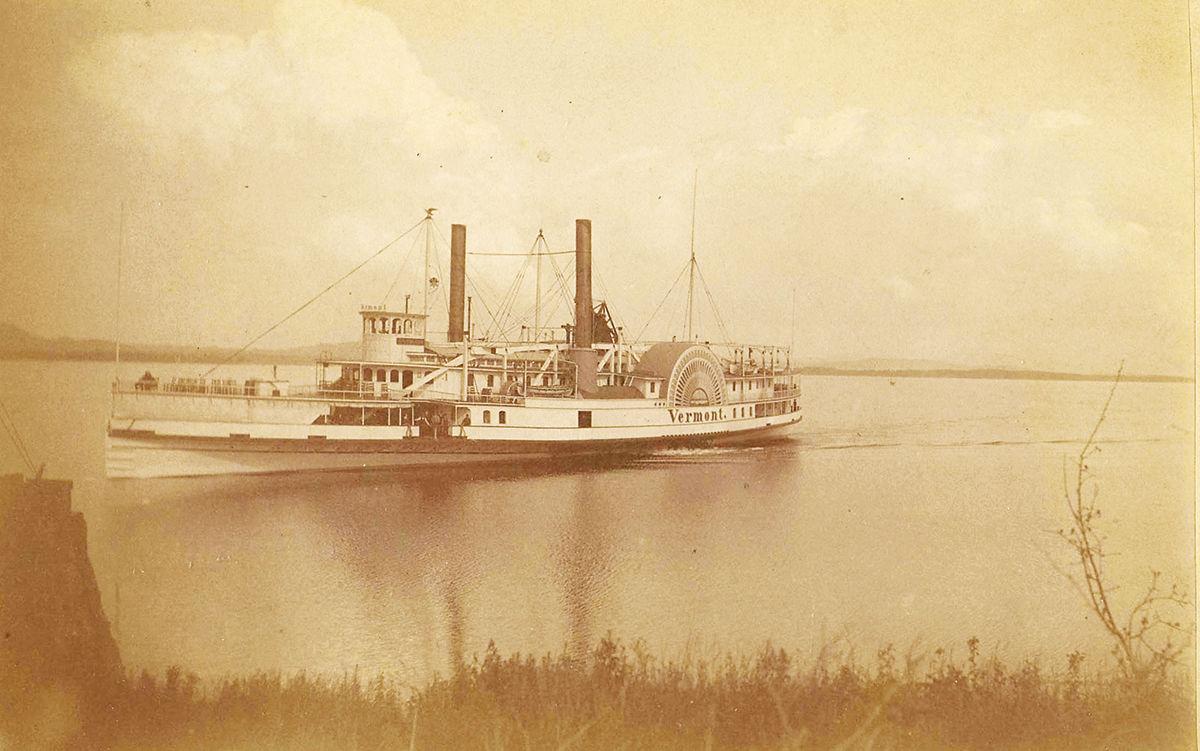 The Vermont II was the 11th of 12 passenger steamboats built at Shelburne Shipyard, completed in 1903 under the supervision of shipmaster Lavator White, son of Nathan White who originally acquired the land for the shipyard in 1797. 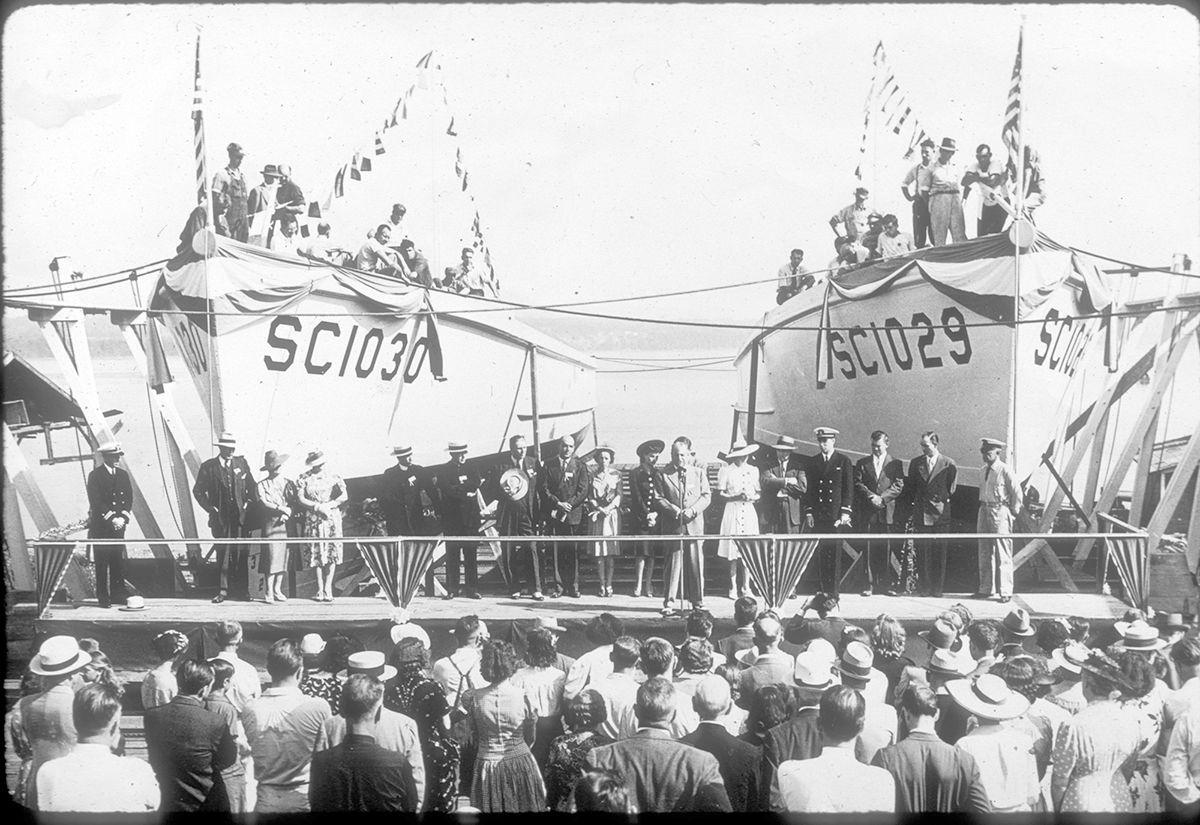 During World War II, Shelburne Shipyard was leased to Donavan Construction Co. of Minnesota, which built wooden subchasers for the U.S. Navy. The 110-foot vessels were the smallest commissioned ships in the Navy. In the summer of 1942, the Donavan Co. launched SC1029 and SC1030, the first two military vessels on Lake Champlain since the War of 1812.

Since the turn of the 19th century, Shelburne Shipyard has anchored the east side of Shelburne Point overlooking Shelburne Bay near the end of Harbor Road.

The Vermont II was the 11th of 12 passenger steamboats built at Shelburne Shipyard, completed in 1903 under the supervision of shipmaster Lavator White, son of Nathan White who originally acquired the land for the shipyard in 1797.

During World War II, Shelburne Shipyard was leased to Donavan Construction Co. of Minnesota, which built wooden subchasers for the U.S. Navy. The 110-foot vessels were the smallest commissioned ships in the Navy. In the summer of 1942, the Donavan Co. launched SC1029 and SC1030, the first two military vessels on Lake Champlain since the War of 1812.

As it approaches its 200th anniversary of continuous operation, the storied Shelburne Shipyard recently changed hands, quietly added to the growing portfolio of marinas owned by a Texas-based company with holdings from coast to coast.

Safe Harbor Marinas, with its headquarters in Dallas, closed on the purchase on Oct. 28, adding Shelburne Shipyard to the approximate 90 properties it has amassed since the company formed in 2015.

Staff at the shipyard this week said they were not able to comment on the transition and referred inquiries to the new corporate headquarters.

Officials at Safe Harbor’s Texas offices told the Shelburne News they were not available for interviews until after press time this week.

Mary Griswold, president of Shelburne Shipyard, the family company that has operated the facility since 1974, was also unable to be reached for comment.

According to a property transfer document filed with the town offices, Safe Harbor Marinas paid $3 million for the 15.2-acre property with eight buildings on site. The property was valued in November 2018 at $3,244,700, according to town records.

Details on the business sale price were not available.

Shelburne Shipyard sits on the east side of Shelburne neck, along Shelburne Bay near the end of Harbor Road. Its history is intertwined with the history of both Shelburne itself and Lake Champlain since the late 18th century.

The shipbuilding operation there began around 1820, producing passenger side-wheel steamships, the most famous being the Ticonderoga, which now rests as an historic landmark at Shelburne Museum, a couple of miles from where it was completed in 1906.

In the 20th century, the shipyard changed hands multiple times while producing boats for the U.S. military and later pleasure craft. Today the marina is primarily a hub for recreational boaters, with local members and visitors filling its 106 slips each summer.

The acquisitions are just a small part of the Safe Harbor’s aggressive growth since it came onto the scene in 2015.

In a Nov. 5 news release announcing its acquisition of a marina in Flowery Branch, Ga., the company boasted 90 marinas in 20 states.

“Safe Harbor Marinas owns and operates the largest network of marinas in the United States,” the company states.

It has not issued a release about the Shelburne purchase, although the newly named Safe Harbor Shelburne Shipyard is listed among its properties on the Safe Harbor website.

On Oct. 1, the company announced the purchase of its seventh Rhode Island property, the Newport Shipyard, saying it was its 85th marina in its 19th state.

According to a 2017 article in marine trade publication “Boating Industry,” Safe Harbor in 2016 owned 31 marinas in 12 states. It’s one of a handful of companies leading a wave of consolidation that’s reshaping the industry.

“For an industry that has been dominated for decades by small, family-run operations, it’s a dramatically different look. Major, well-financed players have jumped into the segment in a big way,” the article states. “The availability of capital, along with the aging of many Baby Boomer marina owners, has created an unprecedented opportunity for investment and growth.”

Mike O’Brien is president of the Vermont Boat and Marine Association. He said that national trend is evident in Vermont, too. He said he’s been aware Safe Harbor’s interest in the Lake Champlain marina operations in Vermont and New York.

“I don’t know much about them. They’re buying up everything they can,” he said. “They’re getting a big presence in New England.”

Larger companies can offer more economies of scale and the financial resources to back up operations that only are active for part of the year. “The marina business is a tough business. They’re always looking for new ways to earn income,” O’Brien said. “Here, it’s so seasonal. If it’s three months of the year, we’re lucky.”

O’Brien noted the local partnership that acquired Point Bay Marina in Charlotte in recent years, and the new investment by local partners with a Maryland-based corporation in the Burlington Harbor Marina that opened last spring.

Shelburne Shipyard would be a particularly attractive marina to acquire because of its appeal to recreational boaters and its year-round ability to repair virtually any type of vessel on Lake Champlain, O’Brien said.

“It’s one of the largest (marinas) in our region and it has capabilities that other marinas don’t have,” O’Brien said. “Basically any major-sized boat that gets damaged on Lake Champlain can go there.”

So far, the new owners have not made any announcements regarding their plans for operating the shipyard in the future.

Looking back at Shelburne Shipyard’s history

1763 - Town of Shelburne is chartered by Gov. Benning Wentworth of New Hampshire.

1797 - Shelburne Shipyard property is acquired by Nathan White who, along with his sons, began boat and shipbuilding activities.

1906 - The last of 12 passenger steamers built at Shelburne Shipyard, the Ticonderoga, is completed and launched on Lake Champlain. It served ports along New York and Vermont shores for more than 40 years. The 220-foot side-wheel steamboat was decommissioned and moved to Shelburne Museum in 1955 as the museum’s iconic artifact and National Historic Landmark.

1938 - Shelburne Shipyard is leased to Donovan Contracting Company, based in St. Paul, Minn., marking the end of 113 years of operation by Lake Champlain Transportation Company.

1942 - Shelburne Shipyard acquires a contract to build vessels for the U.S. Navy during World War II – a contract that saves the shipyard from closure. After the war, the shipyard is sold to Jerry and Wendell Aske. Post-war shipbuilding shifts to yachts with some additional defense work during the Korean War.

2006 - The shipyard donates the tugboat Churchill to the Lake Champlain Maritime Museum which has been of particular use with the Lois McClure 1862 replica schooner.

2010 - Shelburne Shipyard is recognized as the first Vermont Clean Marina by the Vermont Department of Environmental Conservation. The program highlights marinas that meet criteria for best environmental management practices.

October 2019 - Shelburne Shipyard is sold to Safe Harbor Marinas based in Dallas.