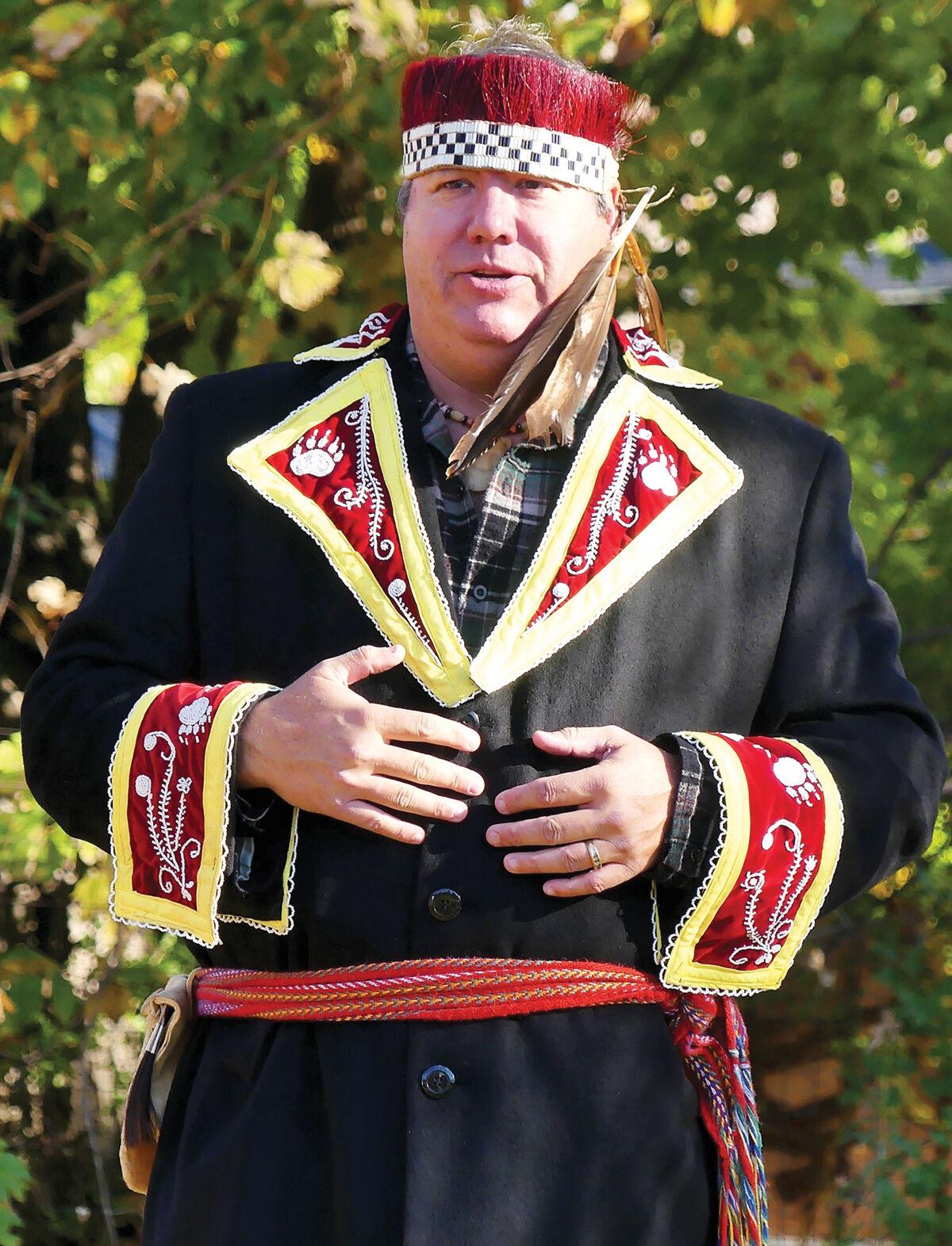 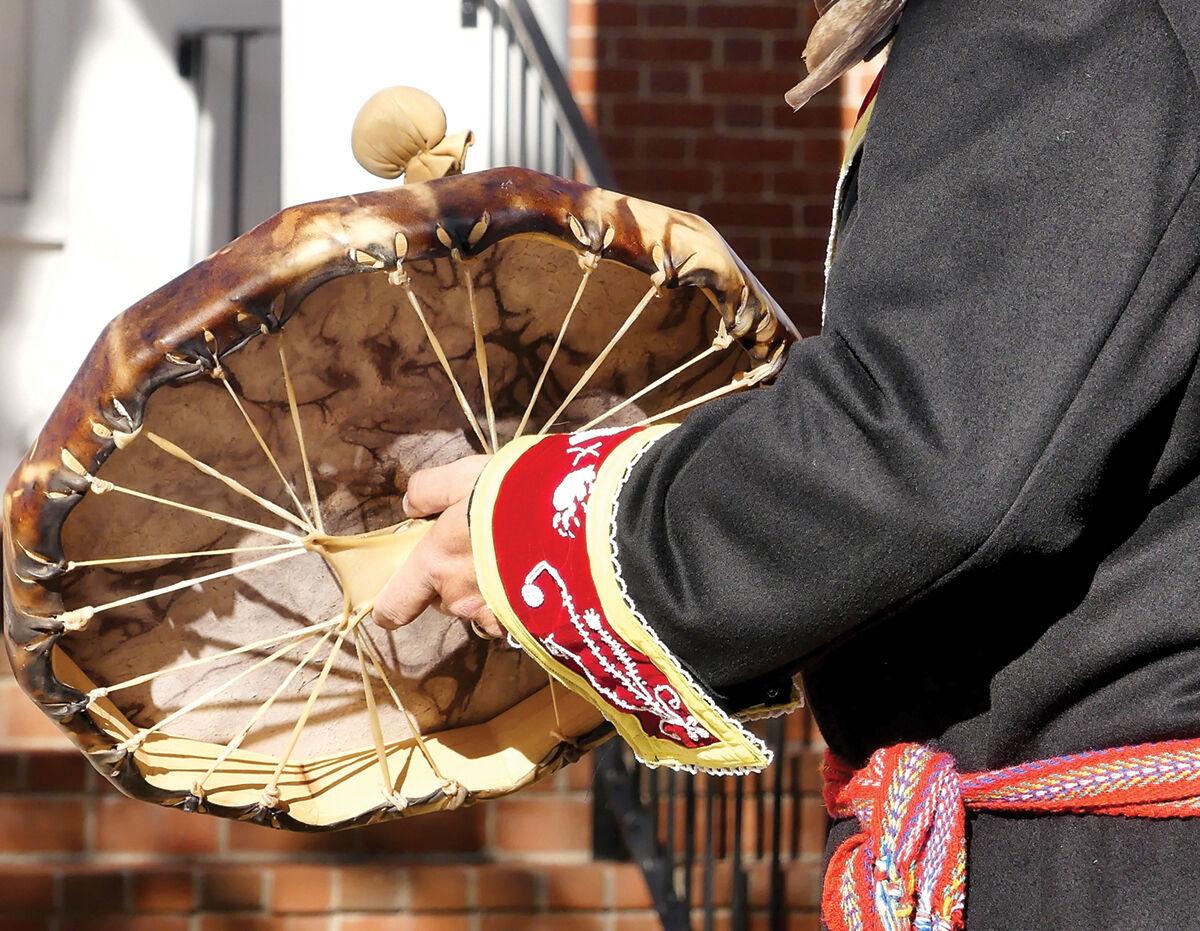 Drumming during the ceremony. 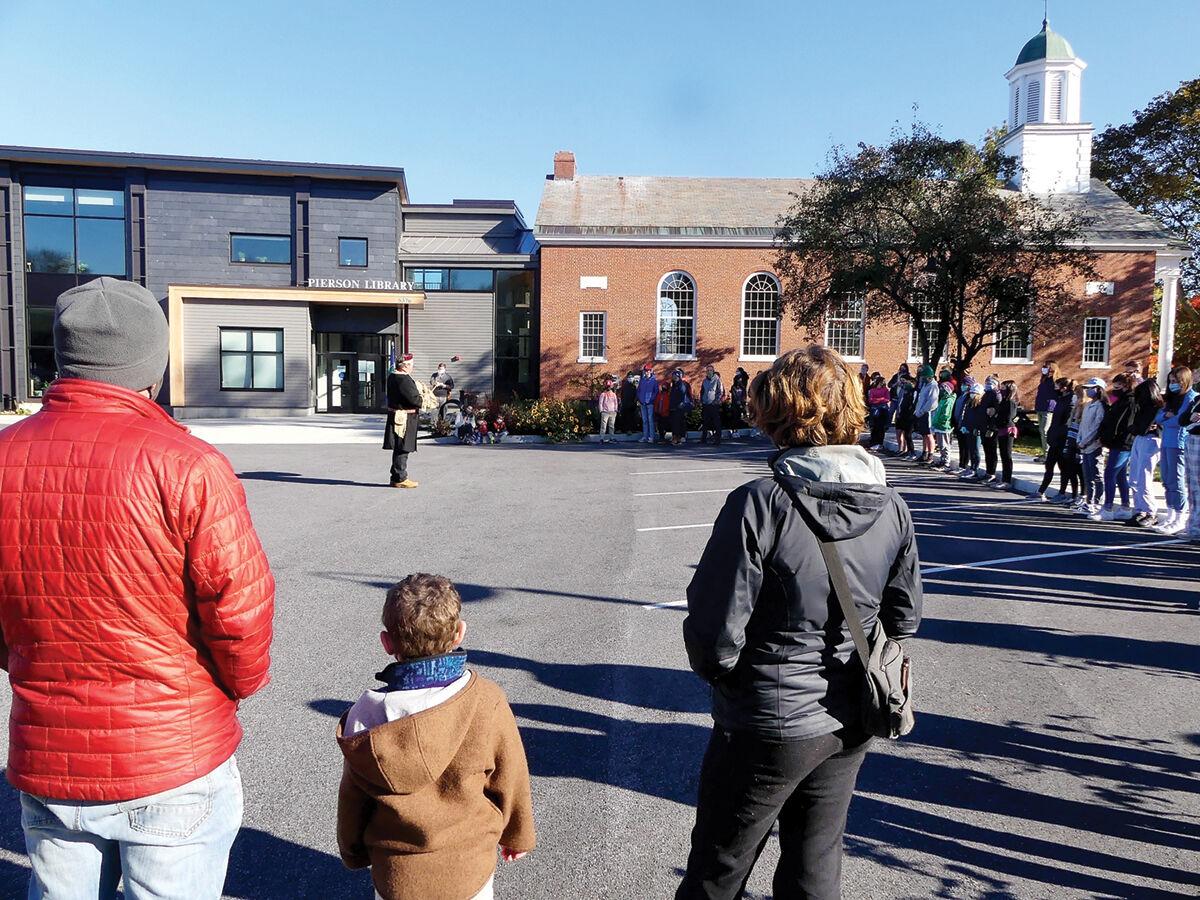 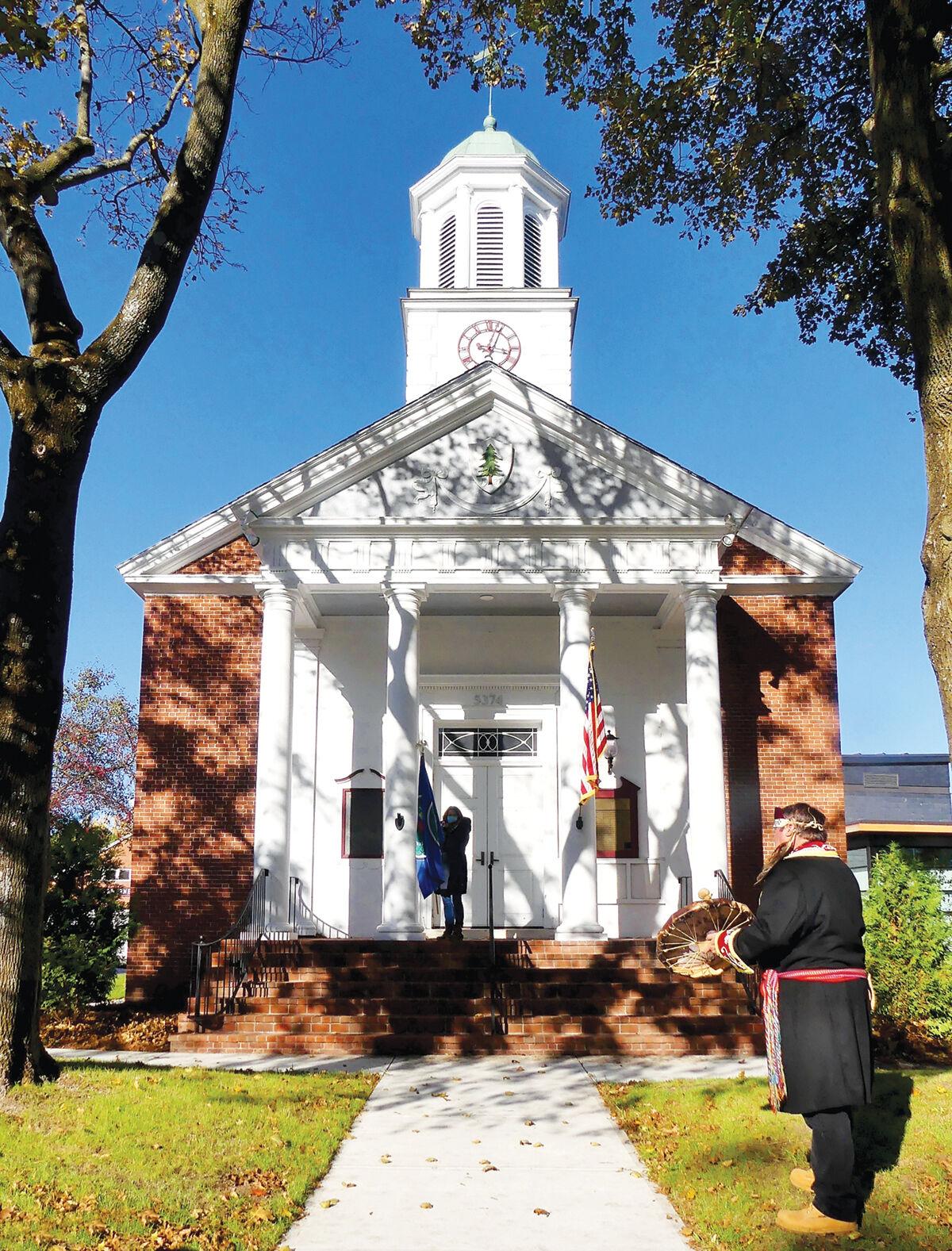 The flag being raised on Monday in Shelburne.

Drumming during the ceremony.

The flag being raised on Monday in Shelburne.

Shelburne is an important place to the Nulhegan Abenaki people. The land where Shelburne Farms stands once served as a lookout for the Abenaki, and there are Abenaki burial grounds near the LaPlatte River, Chief Don Stevens said.

On Monday, the Nulhegan Abenaki were recognized, raising their flag and hosting a blessing and ceremony in town.

In May 2019, Gov. Phil Scott signed a bill into law officially recognizing Indigenous Peoples’ Day — making Vermont one of the first states in the nation to do so. The holiday falls on the second Monday in October and is a celebration of Native American people.

On the federal level, the day is still observed as Columbus Day, named for Italian explorer Christopher Columbus.

“I think it didn’t really change it, it just is acknowledging the indigenous importance to Vermont, and the Abenaki relationship to our place,” Stevens said. “You don’t have to tear something down to lift something up.”

Columbus, he said, was a colonizer. Like others, the man tried to take territory for his homeland. It just so happened to be land that the Abenaki had always stewarded. Problems began when colonizers took native peoples back to their homelands to enslave them, or when they killed them, he said.

“That’s just a dark history,” Stevens added. “What we’re trying to do is instead of focusing on the negative is taking opportunities to educate people about our rich culture and the people that are still here.”

The more people who learn about the Abenaki, and their vibrant culture, the easier it will be for their children and grandchildren to be accepted, he said.

The May killing of George Floyd, a Black man, under the knee of Minnesota Police Officer Derek Chauvin, has come a “social awakening” around racism, he said. Coupled with COVID-19, people have more time to sit down and think about their connection to others and the land, Stevens added.

“Before people were so busy with their lives, if it didn’t directly affect them then they didn’t pay much attention to it,” he said.

“Throughout history we have been systematically removed or tried to be removed, whether it be through tainted disease blankets when Europeans first arrived, to taking our kids into boarding schools and trying to remove the Indian,” he said.

The dehumanization continues with mascots and fans decked in headdresses, red face and mimicking tomahawk chops, he said.

“How many other people have to submit everything to independent scholars to say, ‘Yes you’re really who you are,’ and then have the House and Senate hold hearings and determine your worth and your existence and then the governor sign a bill saying that you actually exist?” Stevens mused.

But instead of pointing the finger and telling people how they’ve mistreated others — even if it is true — it’s more productive to approach it like a conversation, Stevens said. That involves acknowledging history then talking about how to move forward, he added.

Educating others can remove fear and ignorance. When people understand others, they become less afraid and can learn a lot about how they live their lives, Stevens said.

That’s part of why the Nulhegan Abenaki participated in Stowe’s Indigenous Peoples’ Day Rocks celebration, and the flag raising in Shelburne.

“My thought is if you’re doing indigenous celebrations, on our homeland then we should be having a voice in that,” Stevens said. “Nulhegan is very active in the community and anytime we can showcase our people, and other Abenaki people, then that’s a good thing.”

The mission of a library

Indigenous Peoples’ Day was celebrated locally in front of the Pierson Library and Town Hall on Monday, Oct. 12. Community members gathered around the front of the library to watch as the Nulhegan Abenaki Flag was raised and to learn more about the first stewards of the land.

Cate Cross, a library trustee, was one of the people behind the event.

“In the current climate in our state and the U.S., the trustees feel like this is a great teaching moment for our community because most of the land that is currently Shelburne was ceded from the Nulhegan Abenaki,” Cross said.

It’s a chance for the library to serve its mission of spreading truth and information, she added.

Though the flag was only set to fly on Oct. 12, the library has planned an exhibit of Nulhegan Abenaki artifacts and artwork and intends to display the flag inside for the month of November.

But the flag raising was meant to help the community reflect on the history of the land and its people, Cross said.

“We need to make sure that our history books and our verbal history reflect what actually happened instead of what we, as white people, interpret happened,” she said. “Getting to the truth of what is our history and how can we honor that and be respectful of that and move forward is really something that I personally wrestle with and I hope that that comes to light for others.”

Shelburne will celebrate Indigenous Peoples’ Day by raising the flag of the Coosuk-Abenaki Nulgegan at 9:30 a.m. on Monday, Oct. 12, on the To…