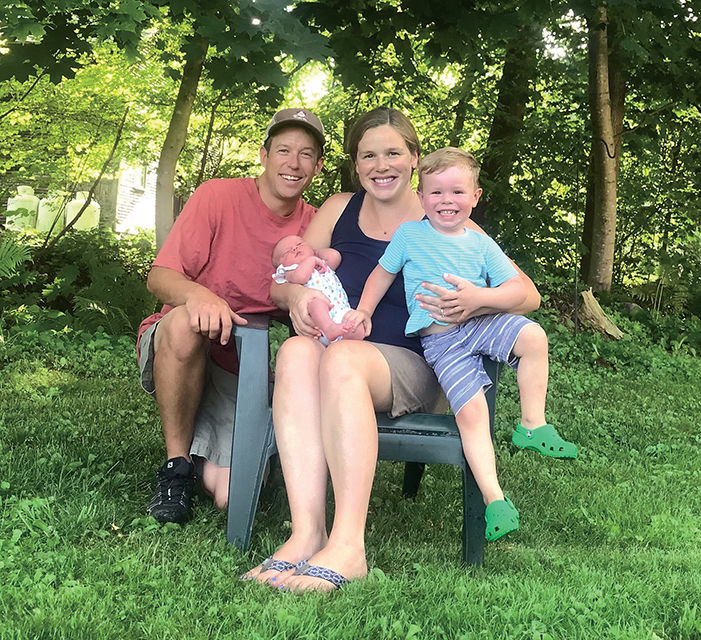 J.P and MacKenzie Seeley with Wyatt and baby Louisa. 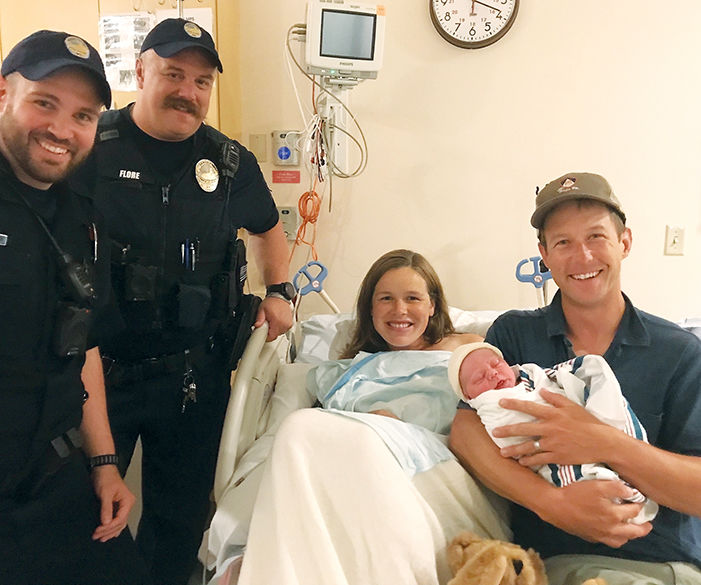 J.P and MacKenzie Seeley with Wyatt and baby Louisa.

When Sgt. Josh Flore of the Shelburne Police Department got a call about a speeding car and a medical emergency on Thursday night, July 25, he was pretty sure he knew what it was.

It was a situation he’d thought about many times, and one he hoped to avoid.

“I’ve dodged that bullet before, but not this time,” Flore said.

When he pulled into the parking lot of Route 7 Deli and walked up to the white Subaru Impreza, it was immediately clear there was no avoiding what he’d hoped to avoid during his long police career.

“I let my training kick in and went to work when I realized it was impending,” he said.

That’s why J.P. Seeley was driving at least 90 mph down Shelburne Road with his lights flashing and his high beams on headed toward the UVM Medical Center.

Time to pull over

MacKenzie Seeley told her husband, “We’re not going to make it. You need to pull over.”

Echoing his wife, the dispatcher said, “The first thing you can do is pull over.”

Sgt. Flore and Officer Josh Turner arrived almost immediately. Flore said he and Turner were in the vicinity of Spear Street and Barstow Road when they got the call. As they sped to intercept the speeding car, Flore was reminded of another report of a speeding car with a medical emergency in Shelburne about two years ago.

Around 3:30 one rainy morning he pulled over a car in South Burlington, and although the mother was obviously in labor, that time he dodged delivering the baby.

“I told the father to be more cognizant of their speed,” Flore said. And he followed them to the hospital where the mother gave birth two to three minutes after her arrival.

On Thursday, J.P. said he’d just had time to get out of the car and walk around to the passenger side when Flore arrived. “Sgt. Flore told me that we needed to get the car seat out so we could recline the seat a little bit.”

Lots of emotions in a short time

Later, J.P. Seeley said, “It was a very uncomplicated birth.” He said the experience “was very special, very traumatic. A lot of emotions happened in that time period, but now we’re just overcome with joy.”

MacKenzie Seeley, who grew up in Hinesburg and graduated from Champlain Valley Union High School, said that she was feeling well. After two nights in the hospital, she went back home to North Ferrisburg on Saturday.

“J.P. was over the top amazing,” said MacKenzie. “I couldn’t have had a better partner.”

They told MacHarg, “We think we can make it.”

On the drive to the hospital J.P. called his mother-in-law with the news. “She was like, ‘I knew you weren’t going to make it,’ ” said MacKenzie.

She said when she told Wyatt that the baby had come out of her belly in the front seat of the car “he laughed pretty hard. He’s been a wonderful big brother,” said MacKenzie. “He marched right into the hospital with the car seat saying, ‘We need to take the baby back home.’ ”

However, the first visitors Louisa Seeley had were Sgt. Flore and Officer Turner. They showed up to the hospital room at 12:20 a.m. with Louisa’s first Vermont teddy bear.