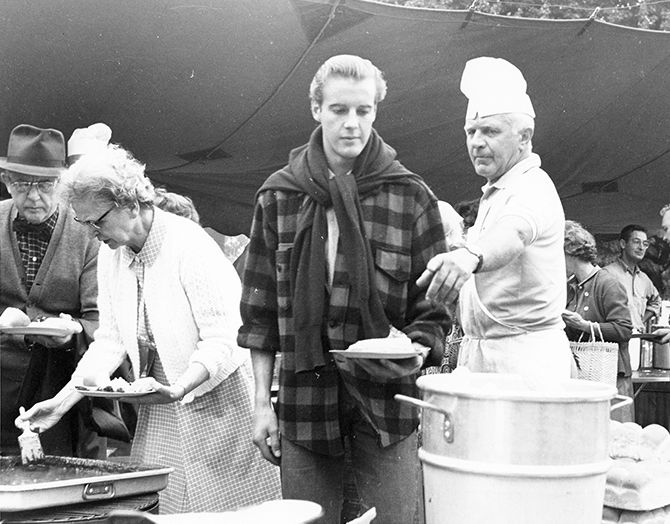 The Earl of Shelburne dressed like a Vermonter on his visit to Shelburne in 1963. 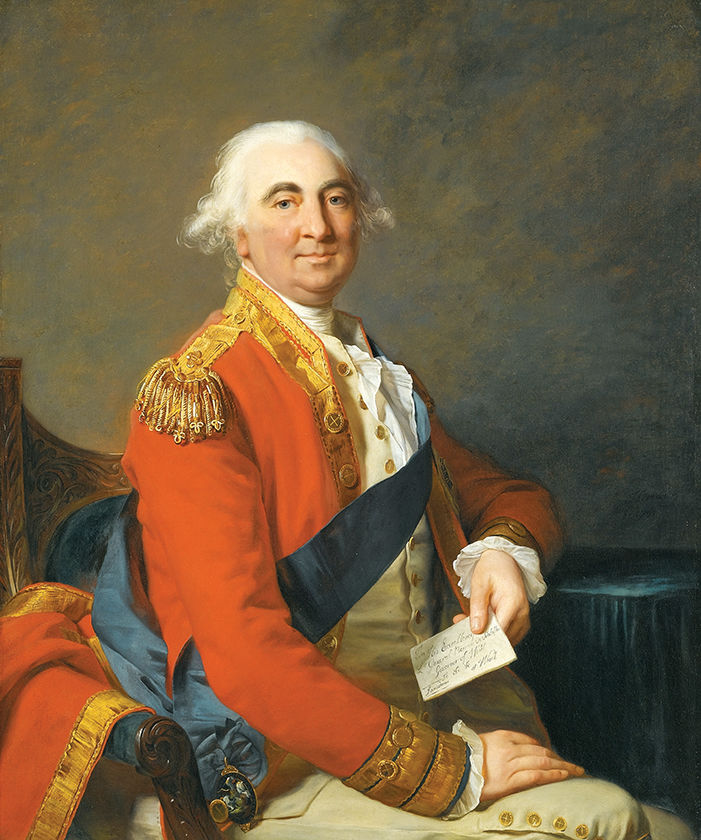 The Earl of Shelburne dressed like a Vermonter on his visit to Shelburne in 1963.

This Saturday’s Shelburne Farmers Market marks the 13th Shelburne Day celebration, a summer tradition that harkens back farther into Shelburne’s history than many residents might know.

“Time flies when you’re having fun,” said Colleen Haag, Shelburne’s former town clerk and one of the founders of the local holiday. Since 2006, the third Saturday in August has been Shelburne Day thanks to the efforts of the Shelburne Business and Professional Association.

“I was town clerk at the time and I had seen [farmers markets] in other towns and thought it might be a good idea. It was when farmers markets in Vermont were taking off,” Haag recalled.

That first Shelburne Day celebration paved the way for a lasting weekly farmers market established the next year and it’s been going strong since.

“What we wanted to do was to have an activity that would bring folks to Shelburne where townsfolk and stores could benefit,” said association president Tod Whitaker, who runs the Shelburne Farmers Market.

This year’s celebration is Saturday with events taking place on the parade from 9 a.m. to 2 p.m.

Electric lights and cars are commonplace now but the weekly farmers market on the parade ground with its 44 regular vendors aims to draw attention to the fruits of local agriculture and a variety of products handmade by people in and near Shelburne, Whitaker said.

The popular farmers market is testament to a love for local agriculture that echoes back to the town’s roots.

“The village was mostly farms,” said Dorothea Penar, president of the Shelburne Historical Society. “What we see now has taken centuries to develop.”

Shelburne was first settled as a mill town by one of Vermont’s founding fathers, Ethan Allen, Penar said, and the community sustained itself with a focus on agriculture for many years.

“Shelburne is one of Vermont’s most fertile, picturesque and beautiful towns,” the piece declared.

Fast-forward to the 21st century and it was by design that the modern Shelburne Day celebration connects with history. The date on which it is celebrated each year parallels the anniversary of the signing of the town’s charter on August 16, 1763.

“At the time of the [American] Revolution, the Earl was positive towards Americans,” Penar said. “It’s just an honorary name. Many [New England] towns are named for Brits and British towns.”

A member of Parliament and opponent of the war with the American colonies, Shelburne was instrumental in peace negotiations at the end of the revolution.

The original Earl of Shelburne never set foot in the town that bears his name, but his descendant Charles Petty-Fitzmaurice, Marquis of Lansdowne, the 9th Earl of Shelburne, came to visit in 1963 for the celebration of Shelburne’s bicentennial.

His three-day visit to Shelburne created great excitement in the community, Penar said. The 22-year-old earl was warmly received by the townspeople, who threw a parade in his honor.

The earl, of course, brought a gift for the town’s 200th birthday, a silver bowl, which is now kept in Shelburne’s town offices. Its inscription: “Presented to the town of Shelburne in the State of Vermont on the occasion of the Bicentennial Celebrations by the Right Honorable the Earl of Shelburne, 16th August 1963.”

Now 78, the earl was unable to attend the town’s 250th anniversary in 2013, but he sent a letter of congratulations along with fond recollections of his visit here as a young man.

“The over-riding memory of those precious three days was the exceptional generosity and kindness shown to the descendant of the 1st Marquis whose restraining and liberal attitude had supported the independence movement,” he wrote.

Shelburne’s community, scenic vistas and location in Chittenden County have long drawn people to visit and put down roots.

A native of Michigan, Penar puts herself in that category having spent 31 years in Vermont, 27 in Shelburne.

“I felt at home right away,” she said of her first visit to Shelburne. “I felt like I should’ve been born here.”