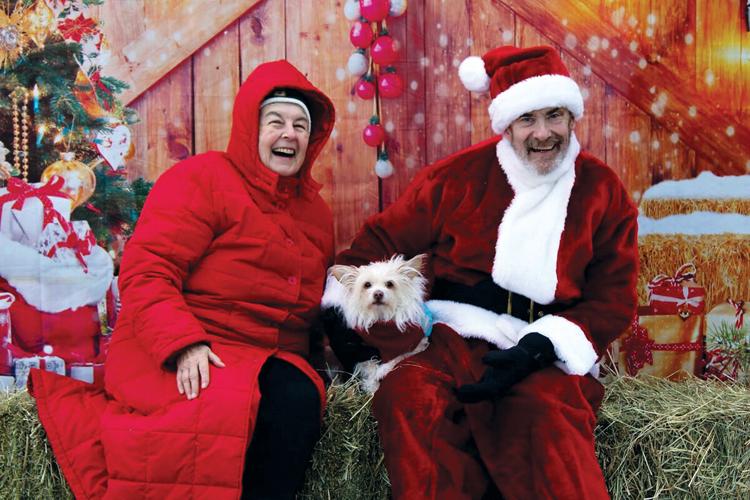 Shelburne resident Karen Medsker and Angelita with Santa at the Shelburne Dog Park. 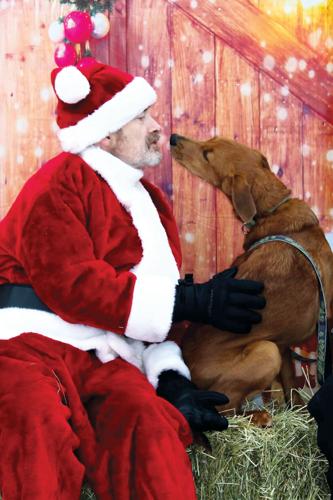 Shelburne resident Karen Medsker and Angelita with Santa at the Shelburne Dog Park.

Amid the busy holiday season, Santa spared some time to take pictures with the pooches and pups of Shelburne — raising nearly $300 in donations to protect the Shelburne Village Dog Park from an invasive plant species.

Since July, the Shelburne Dog Park Committee has been working to raise funds to remove an invasive tree, buckthorn, that poses a threat to park fencing.

“The park’s been here for 10 years and over that time, there’s a tree called buckthorn that’s been growing inside the fence and if you let that go it’ll tear the fence apart,” said Bob Owens, chair of the dog park committee.

The park fencing that has endured for nearly a decade, came at a hefty cost of $20,000 for its installation — a significant expense the committee hopes to avoid repeating.

The tree’s removal is expected to cost more than $6,000 over two years, with $3,000 already paid this year, and the other half to be spent next year. Aside from this, the dog park requires minimal expenses, but “when something like this comes along we need to raise the money to do it,” Owens said.

Prior to the removal process, the committee had to get permitting from the state due to the park’s location in a Class II wetland, which limits the amount of maintenance that can be done on the 3-acre park property.

“We are not just a dog park, we are a dog park inside a state wetland and that really limits what we can do. We can’t mow the grass or cut anything down,” explained Owens.

The committee hired Habitat Restoration Solutions, a company in Hinesburg that specializes in invasive plant control, to do the first round of treatment last month. The process for the plant’s removal involves cutting it down and treating the area with an herbicide. The amount of treatment to be done next year will mostly depend on the effectiveness of the first round, which will be clearer after winter ends.

“A lot of people use it from all around, not just Shelburne,” said Owens, noting that travelers and tourists regularly join residents who frequent the park.

The holiday fundraiser added to the nearly $2,000 the committee has already fundraised. To donate, go to tinyurl.com/3duxvbkd.