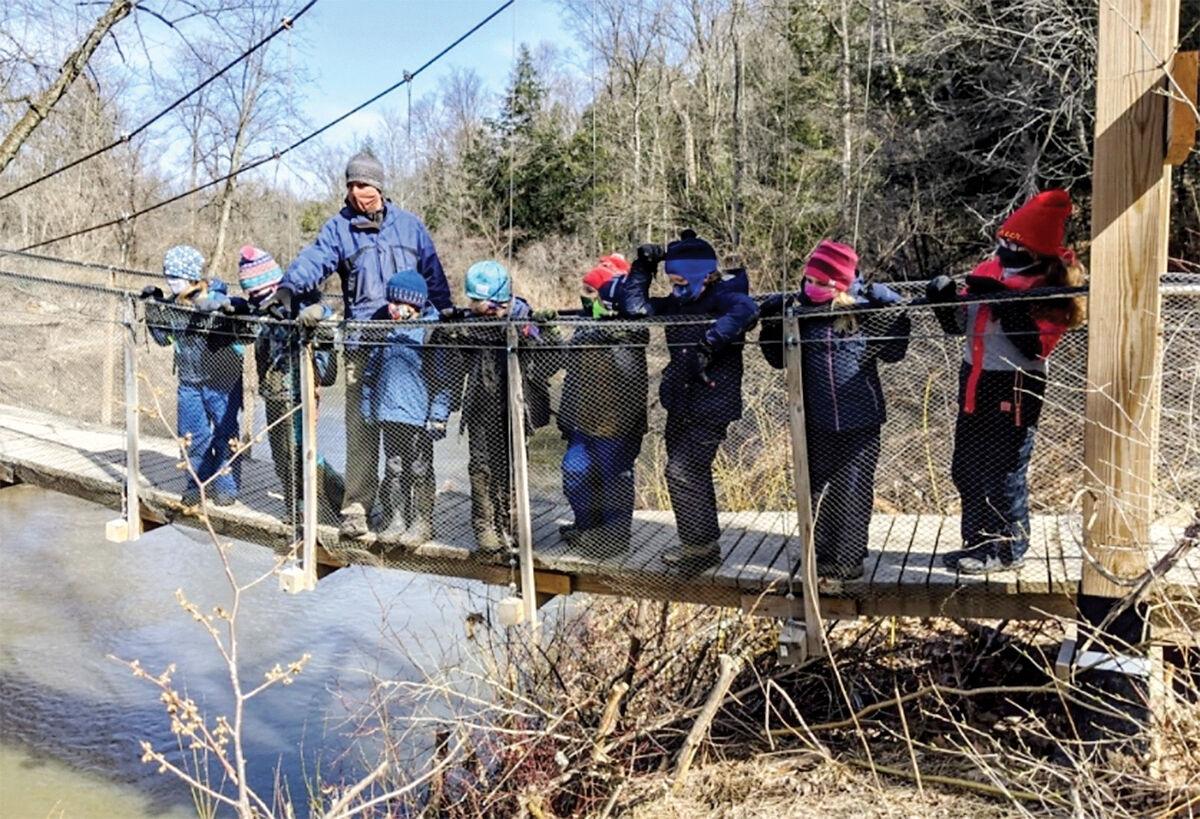 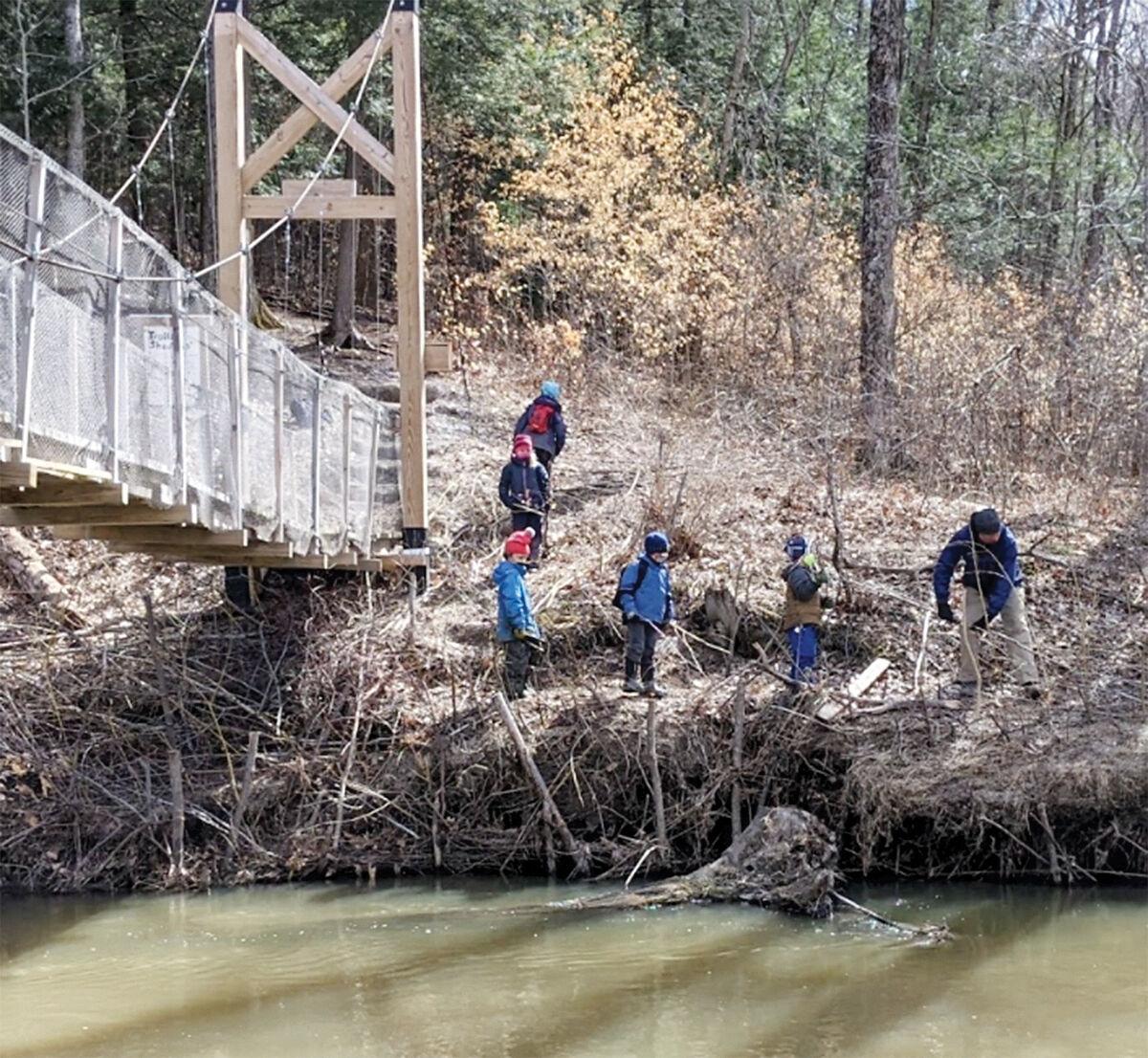 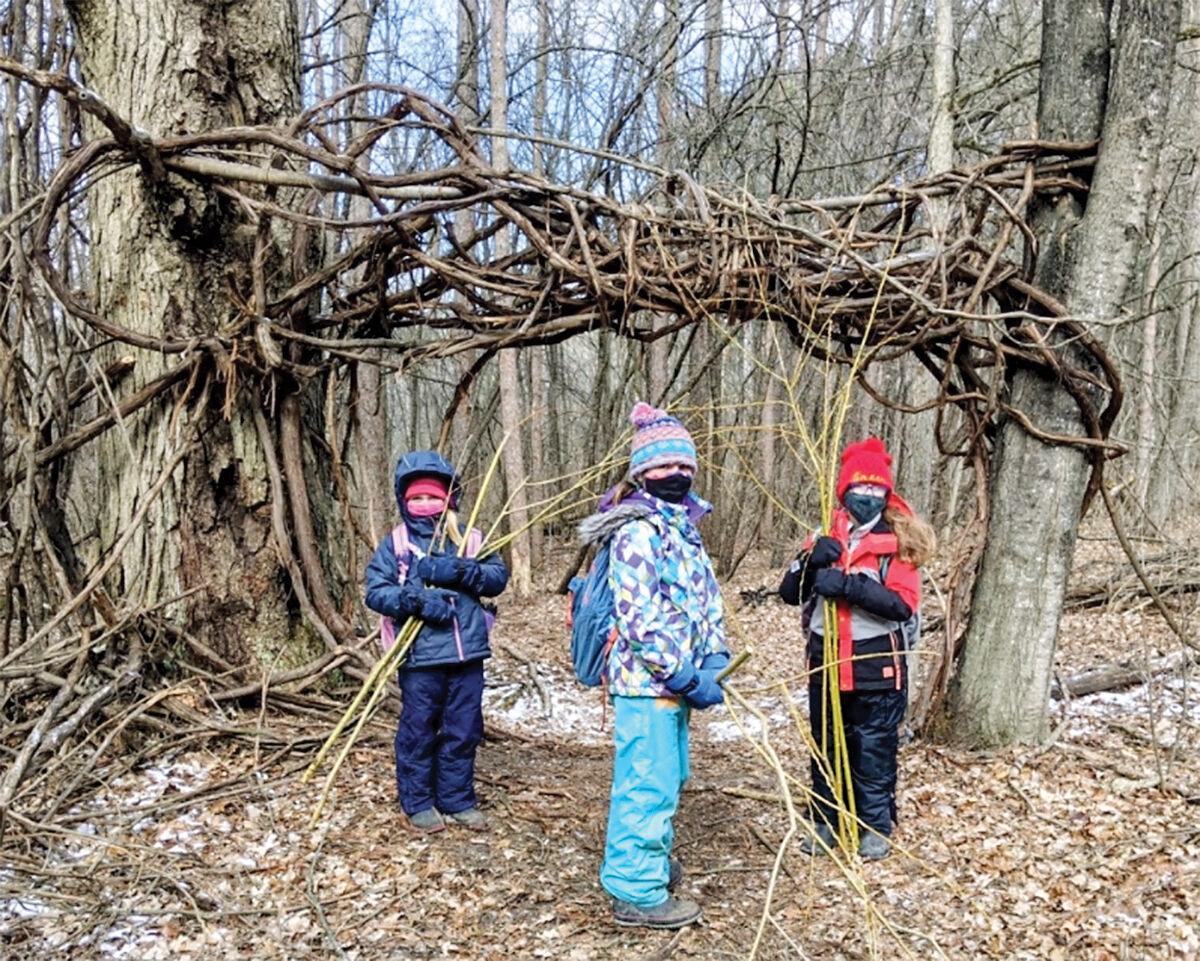 Students from Treewild Forest classroom hauled in 100 black willow rods to root along the banks of the LaPlatte River to stabilize the area around the LaPlatte Crossing suspension footbridge. Joplin James, leader of Treewild Forest classrooms, said a curve in the river just before the bridge causes erosion, and a giant oak tree suffered beaver damage and fell into the river which could lead to weakening of the bank there.

The photos show students carrying Black Willow rods to the LaPlatte Crossing suspension footbridge, examining the erosion along the east bank of the river, and planting the willow to create a root mass that will hold the soil against further erosion. There is a significant curve in the river just before the bridge which causes erosion, there was a giant oak tree on the bank that was girdled by beavers and fell into the river at the bridge site which could lead to the weakening of the bank. Previously students from CVU helped with installing Black Willow and Red Dogwood fascines for erosion mitigation which has helped control further erosion, but it is an ongoing concern.