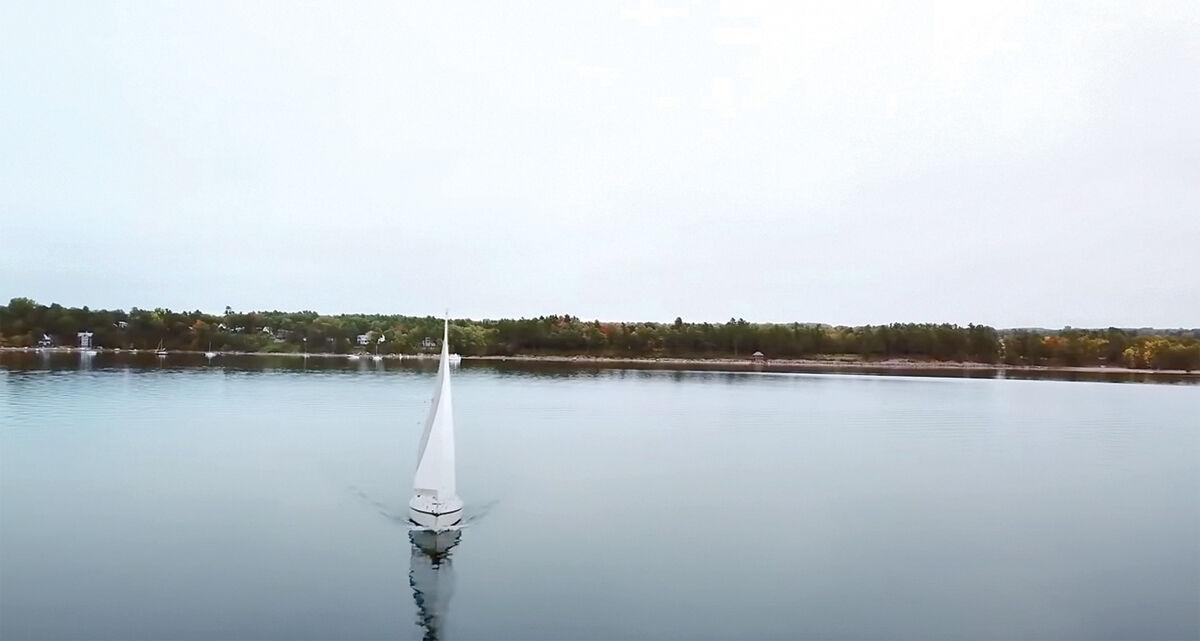 A screenshot from the ‘Soulmates’ movie trailer captures a scene filmed on Lake Champlain in Shelburne. Scenes were also shot in Stowe. 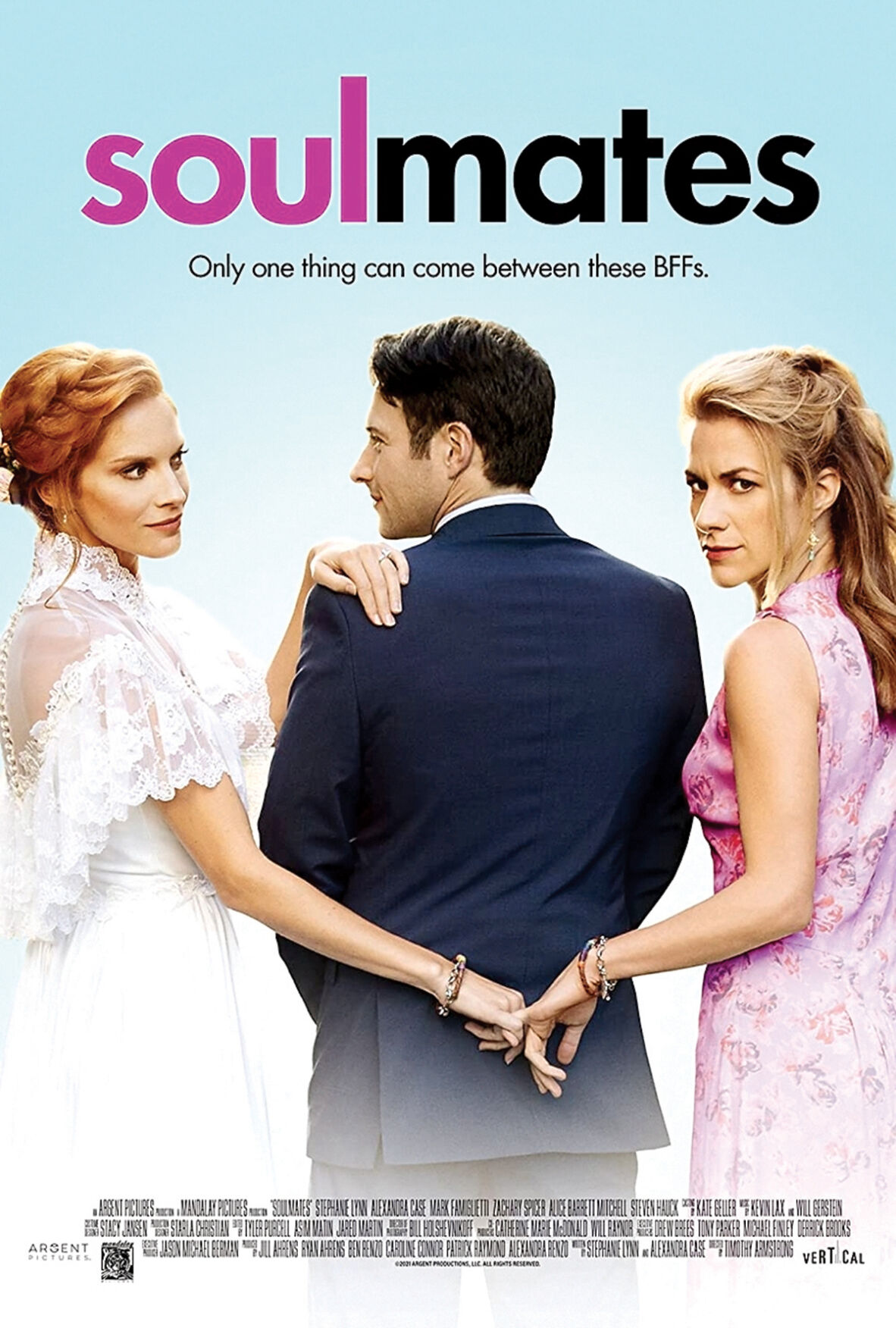 A screenshot from the ‘Soulmates’ movie trailer captures a scene filmed on Lake Champlain in Shelburne. Scenes were also shot in Stowe.

Rolling hills peppered with fall foliage, flannel-clad frolickers in a pumpkin patch and the ubiquitous maple creemee: These are a few of the crucial elements of a Vermont autumn that “Soulmates,” a feature film directed by Timothy Armstrong, captures. But unlike its Hallmark predecessors, this movie was actually filmed within the Green Mountain State.

Set to premiere Nov. 12 in select theaters and on video on demand services, “Soulmates” is about two best friends whose quaint Vermont livelihood is threatened by the imposition of a love-interest and a corporation that spells out doom for the local maple syrup industry.

The film was shot in October 2018 at various locations in the region, including Zenbarn in Waterbury, Sleepy Hollow Inn in Huntington, Jericho Center Country Store, and Palmer’s Sugarhouse in Shelburne.

The movie trailer has glimpses of Lake Champlain and downtown Stowe, and Vermont’s own Rusty Dewees is in the cast.

Believe it or not, a film about Vermont that contains actual footage of Vermont is a rare phenomenon.

“Vermont has no film commission, there’s no tax incentives, so they just don’t want films here,” said Sean Moran, who plays the role of a constable in the movie. “When you see all the places in Vermont for Hallmark, they’re all shot somewhere else, like Canada or New Hampshire.”

Moran, of “Grease” (1978) fame, grew up in Burlington and currently lives in Shelburne after pursuing a 37-year acting career in Los Angeles.

Because of this rarity, Vermont does not have a local film-industry to tap into with production facilities or film crews ready for hire, Moran explained.

“They just don’t have the infrastructure for a film. There are no sound stages, no places to build a set and cheat indoors,” he said. “We even had to get make-up people from places like Boston and New York and hire a crew for craft services and catering.”

According to Moran, the challenges posed by a lack of resources knit the cast and crew closer together during their 15-day shoot.

“Everybody was like a family. There were no dressing rooms, we just kind of dressed where we could and shared the same space,” he said. “There were over 50 people in the crew, which is amazingly huge for such a small film.”

Moran described another “miracle” realized in “Soulmates”: the two leads, Alexandra Case (“The Young and the Restless”) and Stephanie Lynn (“How I Met Your Mother”), were both raised in Vermont and moved to pursue their acting careers in Los Angeles. After meeting in LA and learning of their shared roots, they became friends and decided to collaborate on a Vermont-based screenplay.

“This was like the Triple Crown for them to write their first script, star in it and shoot in Vermont. It’s just unheard of,” Moran said.

In an interview with WCAX-TV in October 2018, they explained how this story is an example of art imitating life.

“We actually got the idea from a real article that we read about a new corporate syrup company based in Massachusetts that bought all this land up here and are mass-producing, and local farms are wondering what that’s going to mean for the industry,” said Lynn, who is from Montpelier.

“Soulmates,” which emulates a strong female friendship on and off the screen, was a unique opportunity for these two Vermonters to reconnect with their roots.

“To set it in our home state is something really special and a bit of a love story to Vermont,” said Case, who grew up in Brownsville, in an interview three years ago with The Bridge.

The film, which aims to capture the authentic essence of small-town Vermont, takes advantage of popular local locations. Waterbury’s Zenbarn, a restaurant doubling as a music venue that is run by brothers Ari and Noah Fishman, served as the filming site for the movie’s bar scenes.

“They rolled in with a big trailer and tons of equipment and set up cameras on trolleys,” said Ari Fishman. “They were shooting for one long day, from six in the morning to 10 at night.”

Fishman said that watching the “Soulmates” trailer was an exciting experience. “I can see myself in the trailer, just my hat peeking out behind an actor,” he said. “We could recognize a bunch of the faces in the crowd of extras at the bar. It’ll be cool to see how the little disjointed moments they were filming will fit into the movie.”

Sandy Enman, one of the owners of the Sleepy Hollow Inn in Huntington, was ecstatic about being involved in the movie. Her venue was used over the course of two days to film the town meeting and wedding reception scenes and she even landed in the cast.

She said that the producers were originally hoping to film at the Round Church in Richmond but sought out Sleepy Hollow when that didn’t work out.

“It was very impressive to see how tenacious they were in being true to the reality of a town meeting. And for the wedding scene, they had a big wedding cake, cider doughnuts and apples. It could have been any fall wedding we’ve had at Sleepy Hollow,” said Enman, who got to play both an audience member and the mother of the bride.

The plot of “Soulmates” strikes an intimate chord for Enman and her family: a large part of her son’s income comes from his grassroots maple-syrup operation. “My son makes maple syrup. He has about 1,500 maple taps. So, he would be one of those people in the movie that would be put out of business if the big corporation came in and took over the maple syrup industry,” she said.

On screen, the handsome maple industry character is played by Mark Famiglietti, who has a long list of film and TV movie and series credits including “Aquarius,” “CSI” and “Mad Men.”

Enman said she thinks she will be satisfied with the portrayal of her beloved home state in the film. “They put incredible effort into those two scenes that I was involved in, and I feel lucky that I could be a part of it,” she said.

The film was produced by Argent Pictures and Mandalay Pictures and will be distributed by Vertical Entertainment in North America, the United Kingdom and Ireland.