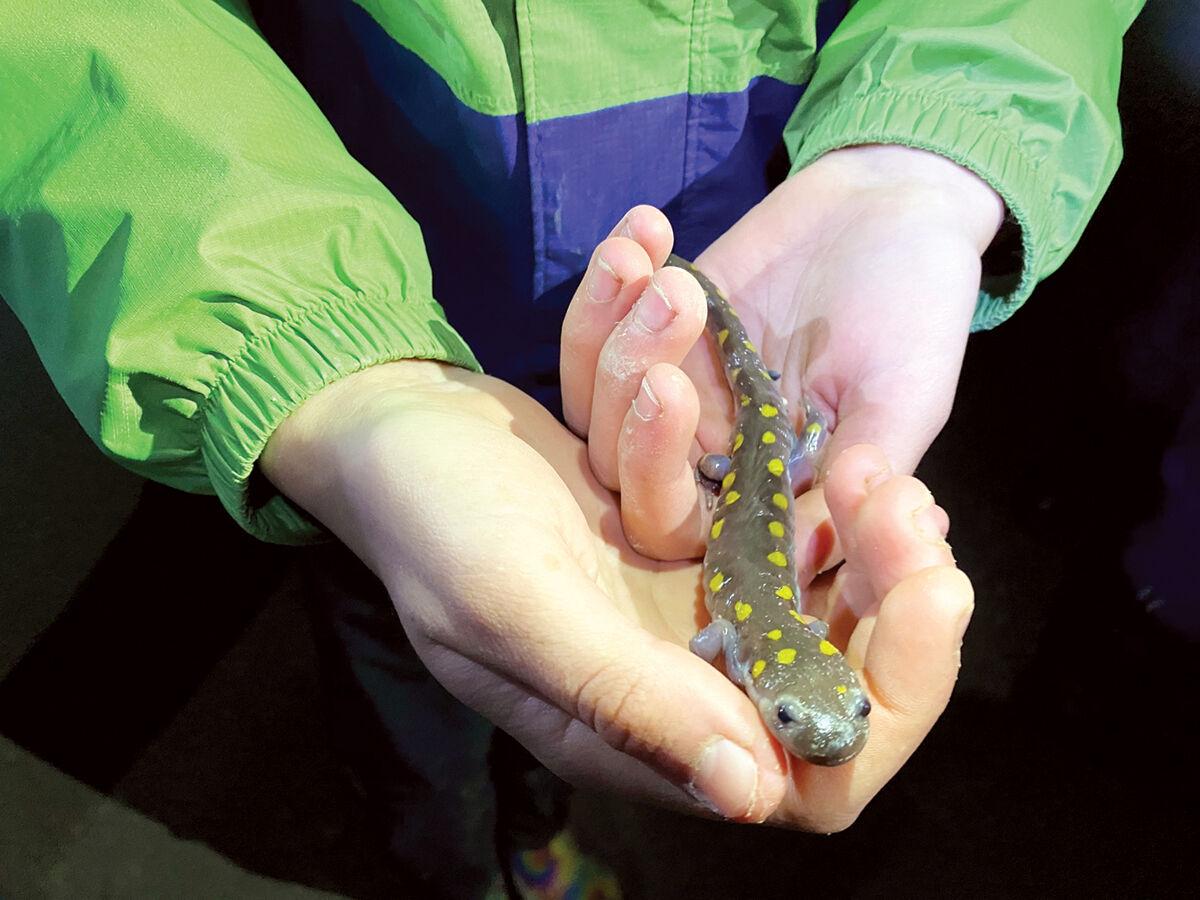 A spotted salamander gets a lift. 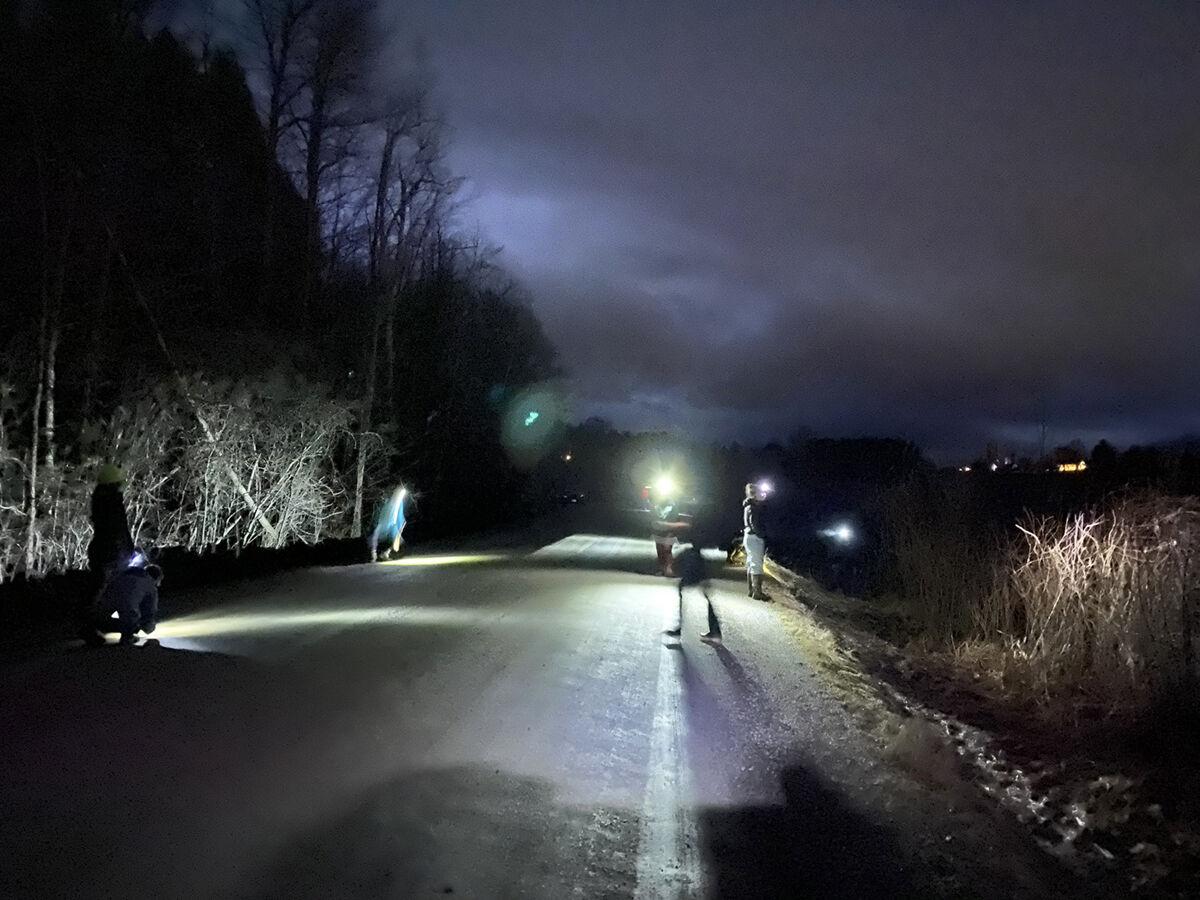 People looking for amphibians to move across Pond Road to the safety of wetlands at Shelburne Pond. 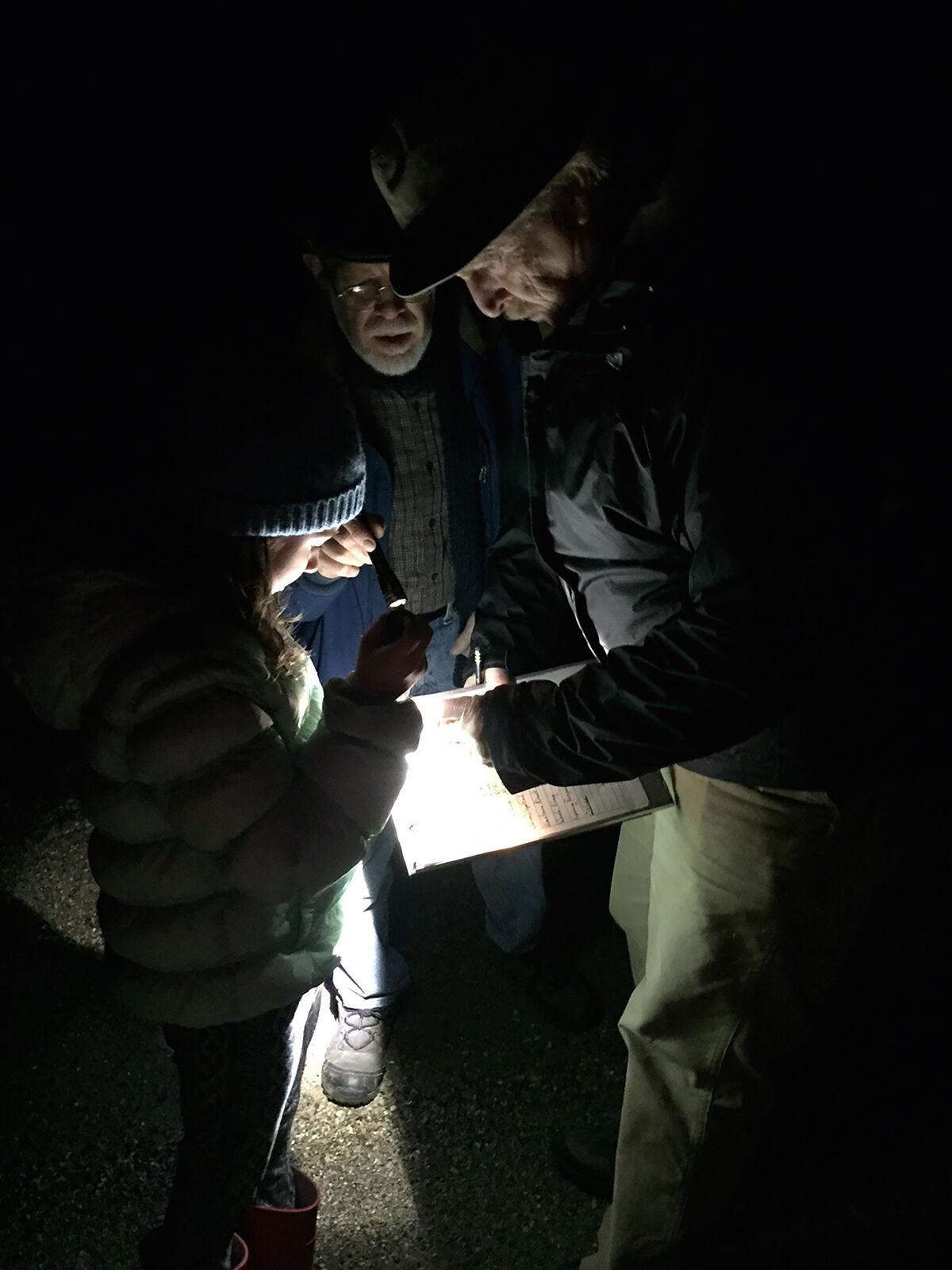 From left, Abby Andres, Crispin Butler and retired UVM professor Jim Andrews tally the amphibians they have found at Morgan Road in Salisbury. 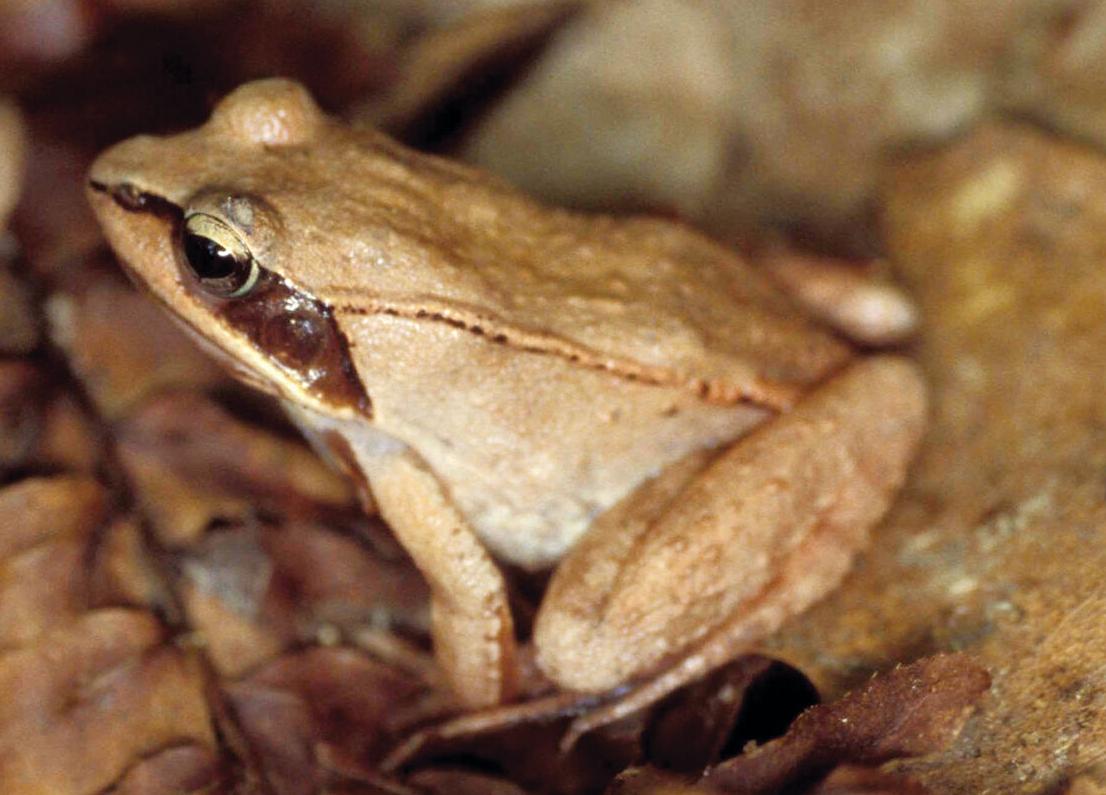 A spotted salamander gets a lift.

People looking for amphibians to move across Pond Road to the safety of wetlands at Shelburne Pond.

From left, Abby Andres, Crispin Butler and retired UVM professor Jim Andrews tally the amphibians they have found at Morgan Road in Salisbury.

Last Friday night, March 26, about 30 amphibian enthusiasts gathered on Pond Road in Shelburne to help amphibians to safety in the wetlands next to Shelburne Pond.

The amphibians, who spent the winter in woods on the southern, dry, uphill side of the road, had woken up and were headed to their summer homes, oblivious of the threat passing vehicles posed.

“This is going on all over the state, but Pond Road may see the biggest migration of amphibians in Vermont,” Glenn Etter, of Shelburne, a tutor and former teacher, said in a phone conversation a couple of weeks earlier.

Early Friday, Jim Andrews, a lecturer in herpetology and ornithology at the University of Vermont, predicted that night would be good for amphibian sighting and rescuing.

“People will be out there with flashlights, walking that section of Pond Road to see the first amphibians in the spring. I think people are excited just to see life in the spring after a long hard winter,” Andrews said.

Amphibian aficionados in Vermont keep a tally of the cold-blooded vertebrates they find, sending their results to Andrews.

He then uses the results as data for the Vermont Amphibian and Reptile Atlas, which is compiled in both a website and a book.

Much of the information comes from people like those walking in the dark on Pond Road, he said. The data is used to inform conservation status and strategies.

As Andrews predicted, the night proved to be the first warm and rainy one of spring — optimal conditions for amphibians on the move.

“It’s so fun and memorable,” Etter said. “Kids remember it and want to do it the next year.”

Andrews said the migration would probably start around 8 or 8:30 p.m., but by 7:40 p.m., a group of three UVM students, one of whom was taking a herpetology course, had already found 11 wood frogs, six spring peepers, one northern leopard frog and one Eastern newt alive.

“We got a frickin’ parade here,” one of the students said.

They found others, too, whose fate was less positive.

Looking down Pond Road, flashlights twinkled in the dark, punctuated by muffled shouts of pleasure when another animal seeking the wetlands was found and helped to safety.

As he walked along the gravel road in the dark, Joe Roman said if it rained harder there would be even more amphibians. He hadn’t checked the weather before coming out and he was disappointed it wasn’t wetter.

Roman, a biologist and writer, said he and his group were hoping for bad weather “just like the frogs and salamanders.”

Finn Etter, whose dad is Glenn, helped in the amphibian relocation effort with his mom Julie Bibleheimer.

“We’ve already moved about 15 each,” said Bibleheimer, who marked the occasion by making frog-shaped cookies that said, “We hope you will be hoppy.”

Jon Williamson, a carpenter and former middle school science teacher, walked in the dark, armed with a flashlight. He said the spotted salamander comes out of the woods where it overwintered and headed to the wetlands to mate.

“Within a week to two weeks depending on condition, they’ll go back to the forest and then be a forest salamander,” Williamson said.

Except for the couple of weeks it spends in the wetlands, the spotted salamander lives under the leaf litter.

“For the rest of the year, you’d be very, very unlikely to see it,” Williamson said.

During its juvenile stage as a red eft, it is a terrestrial animal people often see when hiking. The red eft’s bright orange color is a warning to other animals that it’s poisonous, Williamson said.

While most of the amphibians hibernate in the woods burrowing down below where the ground freezes, Williamson said, the wood frog is interesting because it will freeze solid during the winter and thaw out in the spring.

“Some people are studying them to figure out what’s this special way they are able to do that,” Williamson said. Researchers wonder if understanding this unique skill might benefit humans.