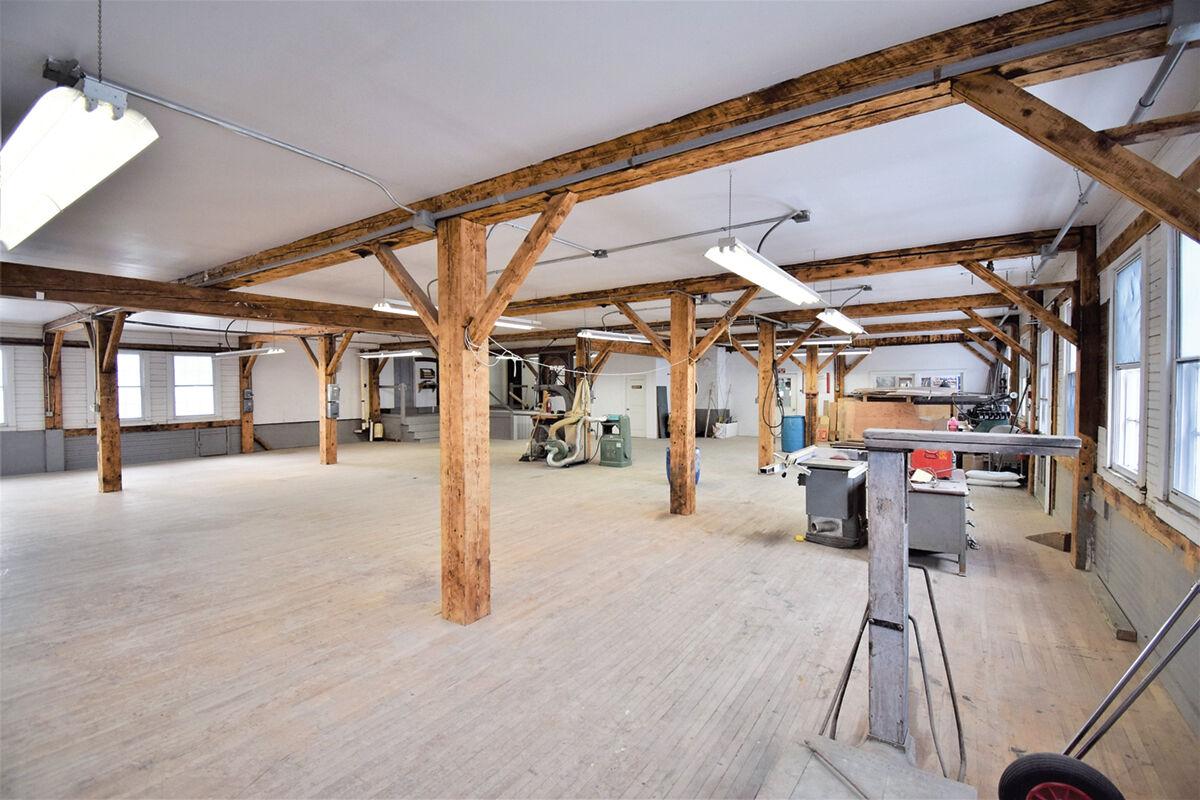 The interior of the main boat shop at the Shelburne shipyard. 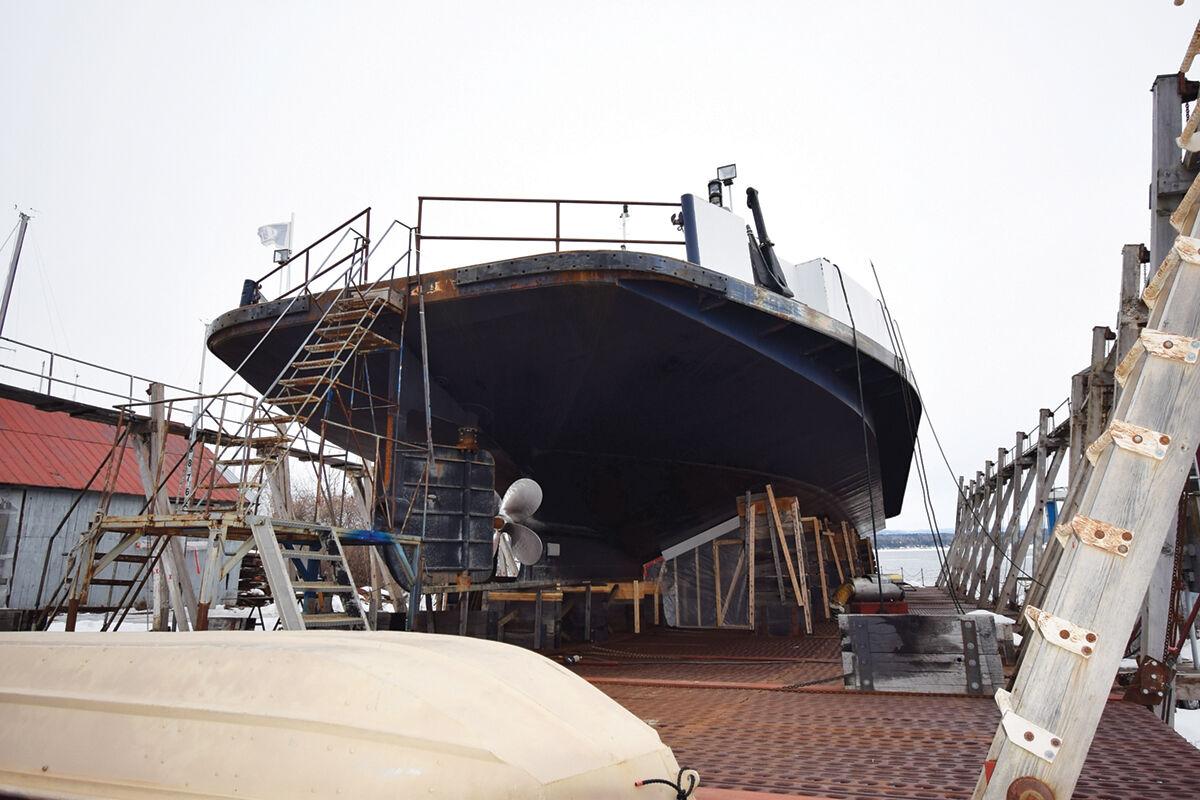 The interior of the main boat shop at the Shelburne shipyard.

After much around-town scuttlebutt, the decision has been made — the Safe Harbor Shelburne Shipyard will maintain its historic status.

During an April 22 meeting of the state’s council for historic preservation, a motion was unanimously passed to create a new “Shelburne Shipyard Historic District.”

The size of the district, which could include the shipyard and nearby homes, is still unknown. It will be the town’s third of its kind.

State architectural historian Devin Colman said the advisory council staff decided the shipyard should stay on Vermont’s list of historic places, too, after a review was triggered by a review of the site from owner Safe Harbor Marinas.

Safe Harbor purchased the shipyard in 2019 and hired historic preservation consultant Scott Newman to survey the site in case the company wants to make renovations to improve its operation, according to Newman’s survey reporting.

Shelburne Historical Society’s president Dorothea Penar felt encouraged, because the historic preservation council had moved to increase the size of the historic area and the length of its historical significance.

In Newman’s survey the history of the shipyard extends from 1820-1966, but council members argued the shipyard’s historic significance endures today because it is still being used as a shipyard and a marina.

Penar said the next step for the town is to update its own survey of Shelburne’s historic sites.

Shelburne is a certified local government, she said, and that designation qualifies it for certain state grants which require periodic surveys to maintain an inventory of the town’s historic resources.

If the area of the shipyard becomes a historic district, it gives the town more control because property owners get tax breaks for following Act 250 restrictions, Penar said.

The area is also a valuable piece of property, more valuable than the historic buildings that are on it, she said.

Member of the council David Donath agreed, “That is an awfully attractive piece of real estate for development.”

He said the historic property could be developed like the cheap apartment he lived in during college on Shelburne Point near the shipyard which was turned into a $250,000 condominium.

Historic sites will continue to be demolished unless property owners are rewarded for protecting historic resources, Penar said.

Though the obvious question is how a town benefits financially when an area is named a historic district, Colman said. “It’s not about money; it’s about understanding our history.”

It helps to understand a town by knowing its development patterns over time. For example, he said, Shelburne began near Shelburne Falls because of the waterfalls that provided power for early industry.

Then the town moved away from the falls closer to the railroad when that became the center of commerce.

Preserving historic districts is a “way of understanding why the world we live in is the way it is,” Colman said.

All that stands between getting the shipyard onto the state registry as a historic district is getting forms filled out, he said.

In contrast, getting it onto the national register as a historic district may take about seven months.

“Once you have done documentation and listing is done, it can have legs, if you will, into other promotional activities, tax credits, so it’s kind of the starting point for any number of other projects for a community,” Colman said.

Penar said much of the value of having historic designations is because it is part of what people love about a town.

People in Shelburne appreciate and treasure historic resources. Years ago, the town decided it valued its history and made it part of Shelburne’s town plan, she said.

When you ask someone what they love about Shelburne, they mention such things as the historic barns, old houses and the small human scale of the buildings, Penar said.

Because Shelburne values this small-town historical feeling, when the town built the affordable housing of the Harrington Village, she said, the historic preservation and design review commission worked to keep a historical smaller scale in the new buildings there.

“We tried to keep that village feeling in the village,” Penar said.

Remembering the Valcour, a ferry rich in Lake Champlain history

One night in 1973, the Valcour, a Lake Champlain Transportation ferry, ran onto a rock barely submerged below the surface of Lake Champlain and was stopped.

The captain sent word to the engine room to back up.

“That boat would have sunk if it had backed off the rock,” David Donath, a board member of the state council for historic preservation, said at the April 22, meeting. The rock kept it from sinking.

Donath, of Groton, who has many memories from his youth on Lake Champlain and at the Shelburne Shipyard, made the motion to declare the shipyard a historic district.

Donath rented a house on Shelburne Point with a group of his classmates during college. He hung out at the Shelburne Shipyard often and has lots of memories of the time he spent there, including scuba diving to retrieve outboard boat motors or other things people accidentally dropped in the water. It was another way for the student to earn money.

Donath worked for Lake Champlain Transportation from his junior year at Burlington High School through his graduation from the University of Vermont, starting as a deckhand and working his way up to first mate. But he wasn’t working for the ferry company on the night of the Valcour wreck.

There were about 300 passengers and 40 vehicles on the Valcour. The ship used a marine telegraph to communicate, Donath said, like those used in old movies where a captain rings an engine room to send orders.

“That meant there was about a minute or so delay between when you gave a command from the pilothouse and the boat would begin to answer the command,” Donath said.

During that interval the engineer had time to had rush forward to inspect the boat’s hull and found water pouring into the boat from a gash about 25 feet long and 2 feet wide.

And the engineer had time to run up to the pilothouse and tell the captain not to back up.

Working for the ferry company “was the best job I ever had,” said Donath, who retired from the Billings Farm and Museum in Woodstock several years ago.

It was shocking to see the Valcour pulled up on the dry dock at the Shelburne Shipyard for repairs. He doesn’t know if there is another shipyard on Lake Champlain where a boat that big could be repaired.

On the night of the wreck, Donath was working in student housing at UVM. A call came in requesting beds for passengers stranded because their cars were still on the boat.

It was summer, so there were spare beds. Donath said he helped put sheets and pillows on beds for the passengers.

The Valcour was repaired and still is in service. Donath said it is the second oldest boat in Lake Champlain Transportation’s fleet.

The oldest is the Adirondack which is over 100 years old, “and it has come to the end of its days,” Donath said.

Lake Champlain Transportation has proposed scuttling the Adirondack off the shore of Burlington as part of an underwater archaeological park. Among those opposed to this plan is Donath who would like it preserved for its historical value.

The Shelburne News article about the Shelburne Shipyard designation as an historic site deserves clarification on a couple of points. There are several types of historic district designations and the terminology can be very confusing.