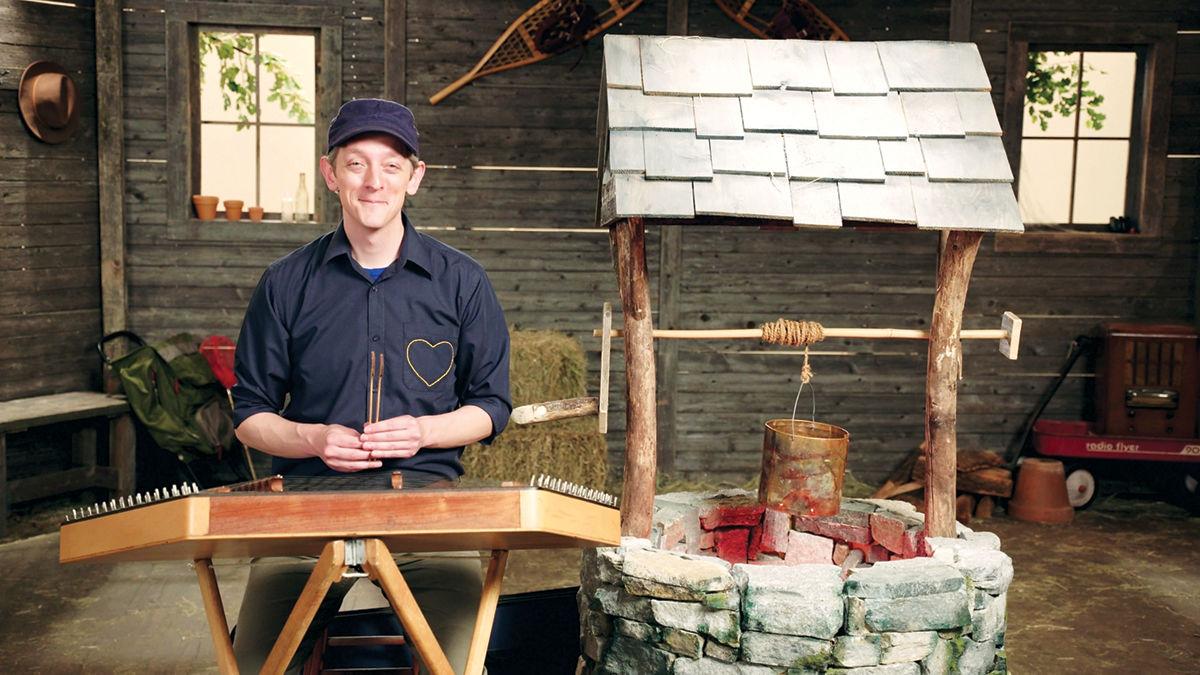 Mister Chris poses with his friend “Wishing Well” in the barn – a set at the Vermont PBS station with walls made from a reclaimed fence gifted to the show by a friend. 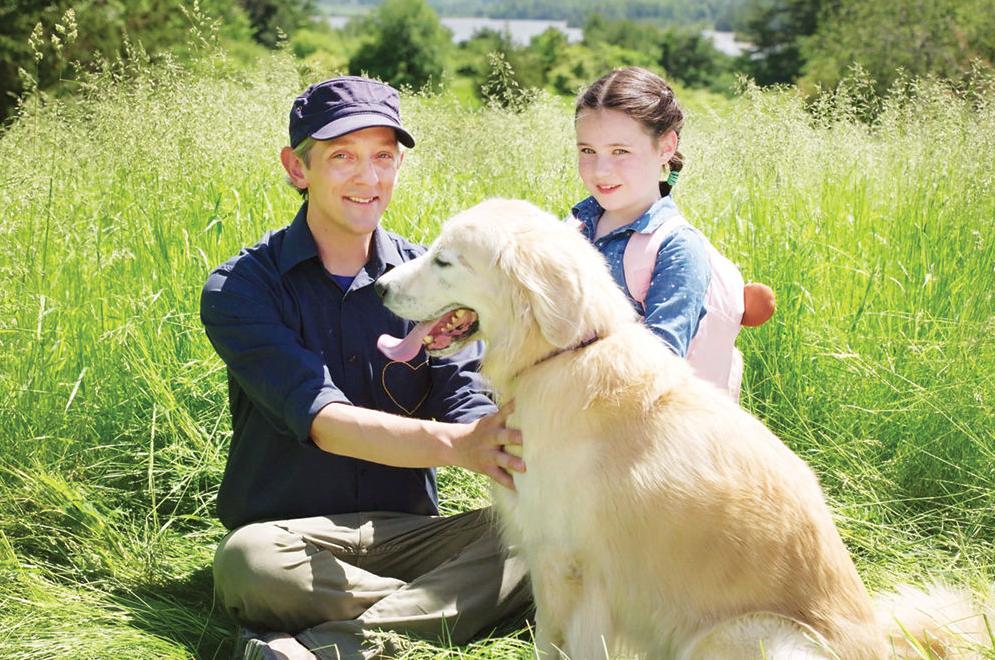 Mister Chris and Claire are reunited with Kip the dog atop the grassy knoll at Bread and Butter Farm in a scene from the regional Emmy-winning episode “Lost and Found.”

Mister Chris poses with his friend “Wishing Well” in the barn – a set at the Vermont PBS station with walls made from a reclaimed fence gifted to the show by a friend.

Mister Chris and Claire are reunited with Kip the dog atop the grassy knoll at Bread and Butter Farm in a scene from the regional Emmy-winning episode “Lost and Found.”

It was a big, big win for a little, little show last month when Vermont PBS’ “Mister Chris and Friends” took home a Boston/New England Emmy.

The show, launched in 2018, stars and is written by Chris Dorman, a musician and co-founder of Shelburne’s Bread and Butter Farm.

It features stunning shots of the farm with its meadow vistas and green grassy knoll overlooking Shelburne Pond.

Beyond the scenery, “Mister Chris and Friends” has a whole lot of heart.

It is calm and gentle. Dorman’s soft, melodic voice and slow cadence invite young listeners to settle in for 30 minutes of song, adventure and life lessons.

Mister Chris is the viewer’s guide, introducing them to a diverse array of friends, all with information, emotion and connection to share, Dorman said. The goal is for viewers to experience the incredible beauty of the world and see that beauty in themselves, he added.

The slow pace, warm colors, gentle and dynamic music add to that outcome.

“We’re living in a time where adults make children’s content, and adults’ lives have gotten continuously more and more hectic more and more frenetic and I think that is represented in children’s content,” said Producer Holt Albee. The show’s pacing is one of the biggest reasons it resonates with people – including some adults looking to escape the challenges of their days, he said.

Mister Chris and Friends has received seven regional Emmy nominations since its debut, but earned its first win on June 20, for an episode called “Lost and Found.”

Normally, the regional Emmys are held in a ballroom in Boston. The event is studded with photographers, actors, news anchors and producers dressed in formal wear. Large, golden awards are given to top contenders and thank-you speeches mark the night.

But, like most events, this year’s ceremony was altered because of COVID-19.

Dorman found out about his show’s achievement while sitting beside a campfire on the Bread and Butter Farm. It was the peaceful, quiet kind of setting one might expect for “Mister Chris” to discover such wonderful news.

“Lost and Found” tells the tale of Mister Chris’ friend Claire (played by Claire Holland, of Essex), a young girl who loses her beloved dog, Kip, just before a talent show in which Kip is to perform a trick.

Mister Chris and Claire venture around the farm in search of Kip, using the senses of sight, sound and scent to find the lost dog. In a subtle way, the episode also addresses worry, offering kids tools to cope with anxious feelings and move to more productive thinking.

Show Producer Holt Albee chose “Lost and Found” as this year’s submission because of Holland’s strong performance, and the positive viewer feedback they had received.

Mister Chris and Friends covers a variety of subject matter giving a well-rounded perspective to each episode’s focus, Holt said.

“I think with this one we were just very proud of it on every level,” he added.

Another draw to this episode was its portrayal of worry and tools for children to handle the emotion. Dorman has heard teachers say that anxiety and early childhood trauma are on the rise.

“If we can be one little part of helping kiddos move through that, that’s really what inspires me to do this work,” Dorman said.

“The recognition that means the most to us is when we receive letters and emails and phone calls from families who say, ‘My child, they can’t watch most anything else on TV because it’s too stimulating but they can watch your show and we’re so thankful because it helps them relax and it entertains them,’” he continued.

Dorman describes himself as a “daydreamer,” but looking back to the start of “Mister Chris and Friends” he said a regional Emmy wasn’t on his radar. It was a learning curve to take his vision to new media and work with a large team.

“From the beginning I have just been so overjoyed at the opportunity, but I also see this platform as a privilege and I really want to use this privilege to do good in the world,” Dorman said.

He couldn’t speak specifically to next steps after the big Emmy win, but said the team is always imagining how to improve the show.

“It would be a dream if ‘Mister Chris and Friends’ found an even broader audience, but if and only if we’re informed by that audience,” Dorman said. “It really works best when it’s a reciprocation, we’re listening to our audience and we’re giving them what they’re asking for.”

After all, as the show’s theme song says: listening is giving.

“A recognition like this, I think it goes a ways in broadening our ability to do good work because it broadens our platform and privilege,” Dorman said. “I just want to do our best with that recognition and responsibility.”