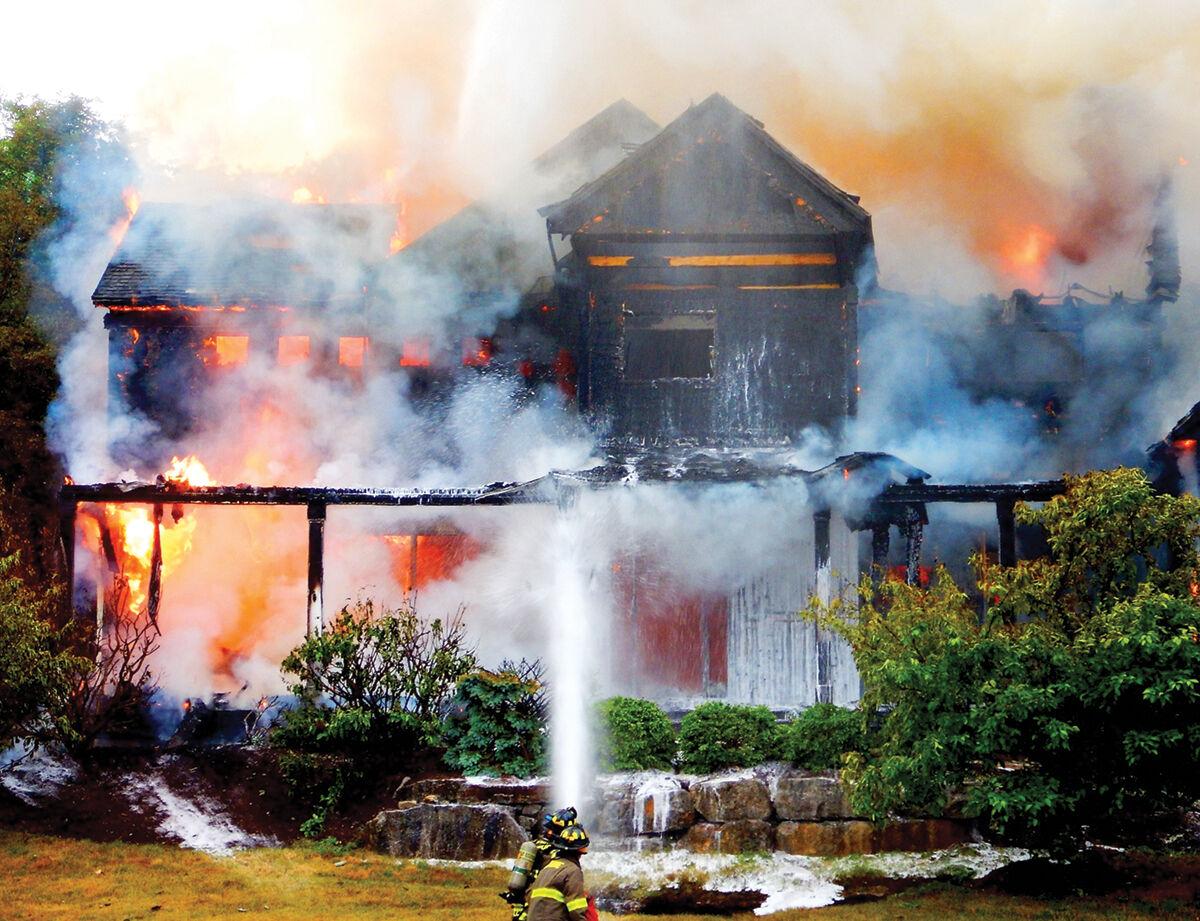 Shelburne firefighters, with mutual aid from several other squads, battle a blaze on Hawley Road Saturday. No one was injured in the fire. 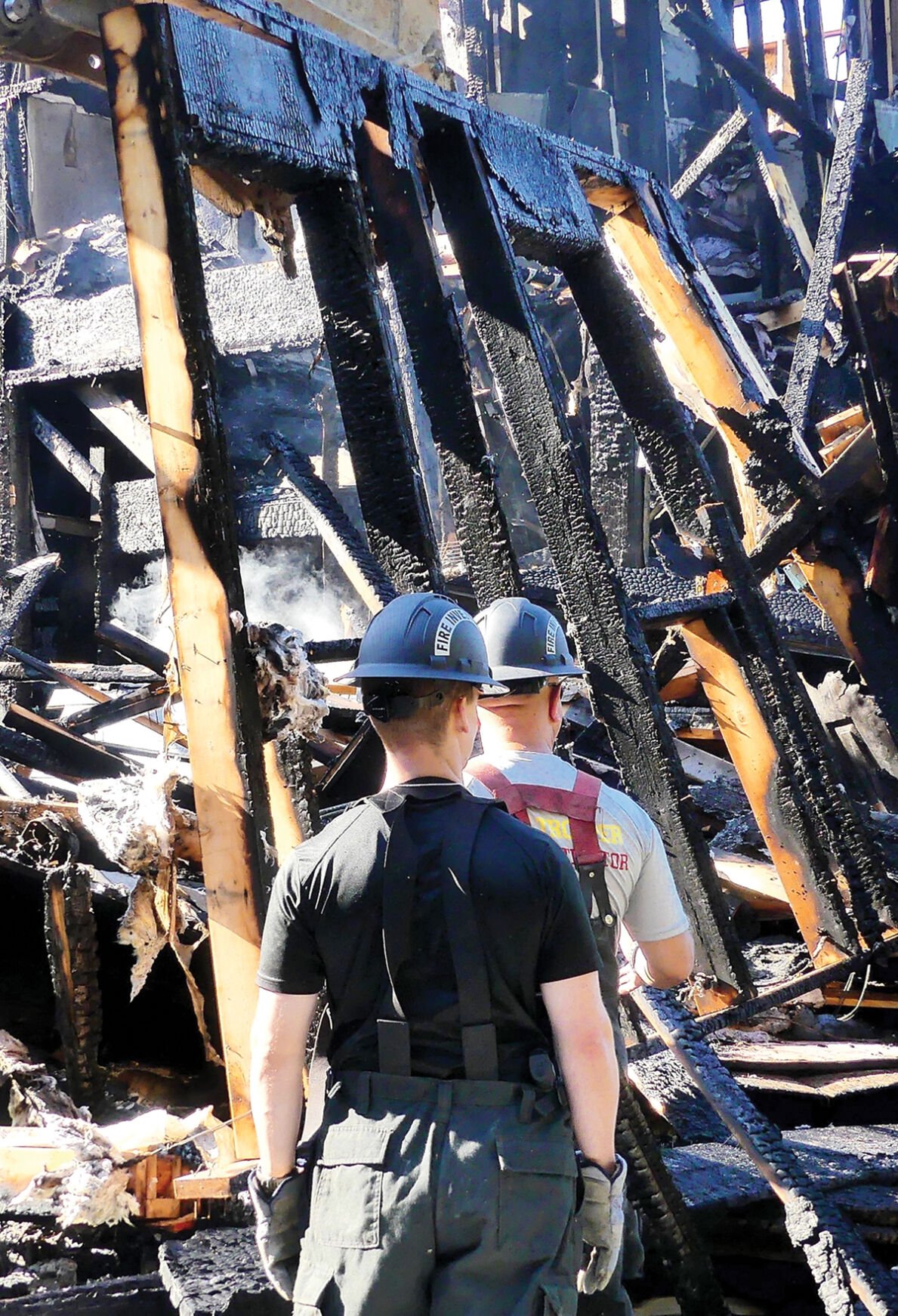 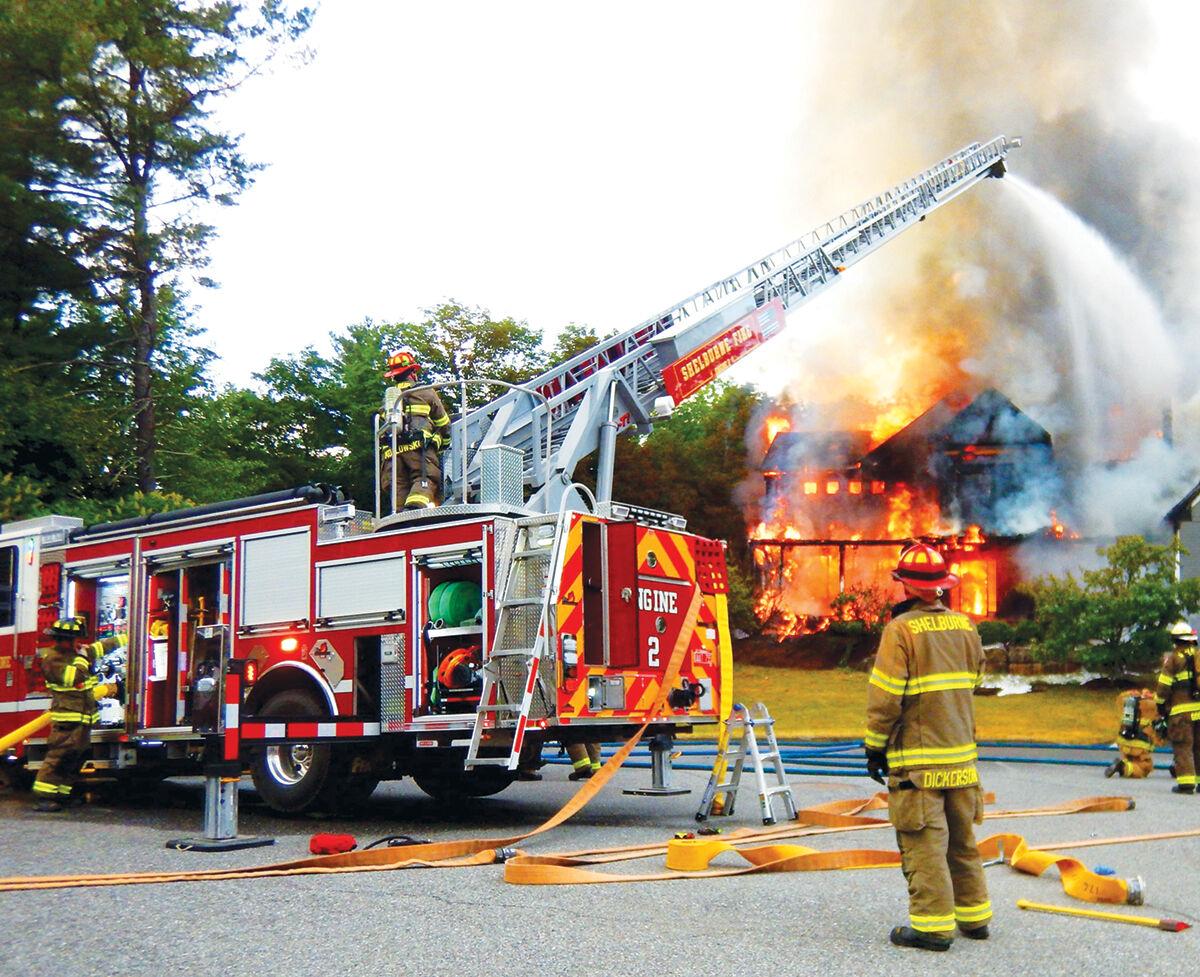 Shelburne Fire Department’s Engine No. 2 pumps water onto the house fire in Shelburne on Saturday. The house was a total loss.

Shelburne firefighters, with mutual aid from several other squads, battle a blaze on Hawley Road Saturday. No one was injured in the fire.

Shelburne Fire Department’s Engine No. 2 pumps water onto the house fire in Shelburne on Saturday. The house was a total loss.

State fire investigators are blaming a lightning strike for a fire that destroyed a home in Shelburne Saturday, June 19.

Shelburne firefighters arrived on scene within minutes, but the house was already engulfed in flames. It is considered a total loss.

No one was hurt in the blaze.

According to state fire investigators, five lightning strikes were reported in the area at 3:48 a.m. on June 19.

“The lightning strike most likely compromised the (steel pipe) and possibly an outdoor gas grill on the back of the house and burned for several hours under a porch until being noticed by one of the neighbors,” said Det. Sgt. Todd Ambroz of the Vermont State Police fire and explosion investigation unit.

As Shelburne fire chief Jerry Ouimet arrived at the fire scene at 246 Hawley Road Saturday, he’d already see the flames from Shelburne Road, just minutes after the call came in around 7:04 p.m.

The chief said a two-story garage with two upstairs bedrooms might be able to be saved, although there is extensive water damage. Three vehicles in the driveway were also damaged.

Homeowner Jason Vincent said he and his wife, Nicole, and family were flying into New York from Aruba, returning from an extended family vacation, when they learned their home was on fire.

“We had time to tell our kids,” Vincent said.

The Vincents arrived home to smoldering embers around midnight. The house is valued at $638,900 on the current Shelburne grand list.

Because the fire started at the back of the house on a cul de sac, and neither of the neighboring houses are very close, the fire wasn’t discovered until the smoke got over the tree line, Ouimet said.

A neighbor, Ian Campbell was first to see the smoke and ran over to investigate.

“I rode my bike down and called the fire department immediately,” he said.

Seeing the cars, Campbell worried there were people inside, so he ran around the house banging on doors and shouting. He yelled through a basement window because there was less smoke but had to move away from the house when the explosions started, he said.

Campbell then ran to a neighbor’s house for a fire extinguisher, but the fire was already fully involved.

Vincent called Campbell’s efforts “heroic. You can quote me saying that.”

Ouimet arrived about four minutes after the call and could see flames through the windows at the back of the house.

“Within two minutes, as I came around the house, flames were coming out of the windows on the front of the house,” he said.

Firefighters from other departments were able to leave the scene around 10:30 p.m.

Ouimet said he and members of the Shelburne Fire Department remained on scene overnight in shifts until a fire investigator arrived about 7:30 a.m. on Sunday.

“I got about two hours of sleep,” he said.

Besides watching a fire to make sure that it doesn’t restart, firefighters have to stay on the scene to make sure no one comes back to tamper with evidence before the investigator arrives, Ouimet said.

The fire is not considered suspicious, but Ambroz asked anyone with more information to call, 802-878-7111, or email him at todd.ambroz@vermont.gov.

“I am super thankful for the outpouring of community support,” Vincent said.

For now, they are staying with family, but Vincent said that could only go on for so long.

He said they plan to rebuild.