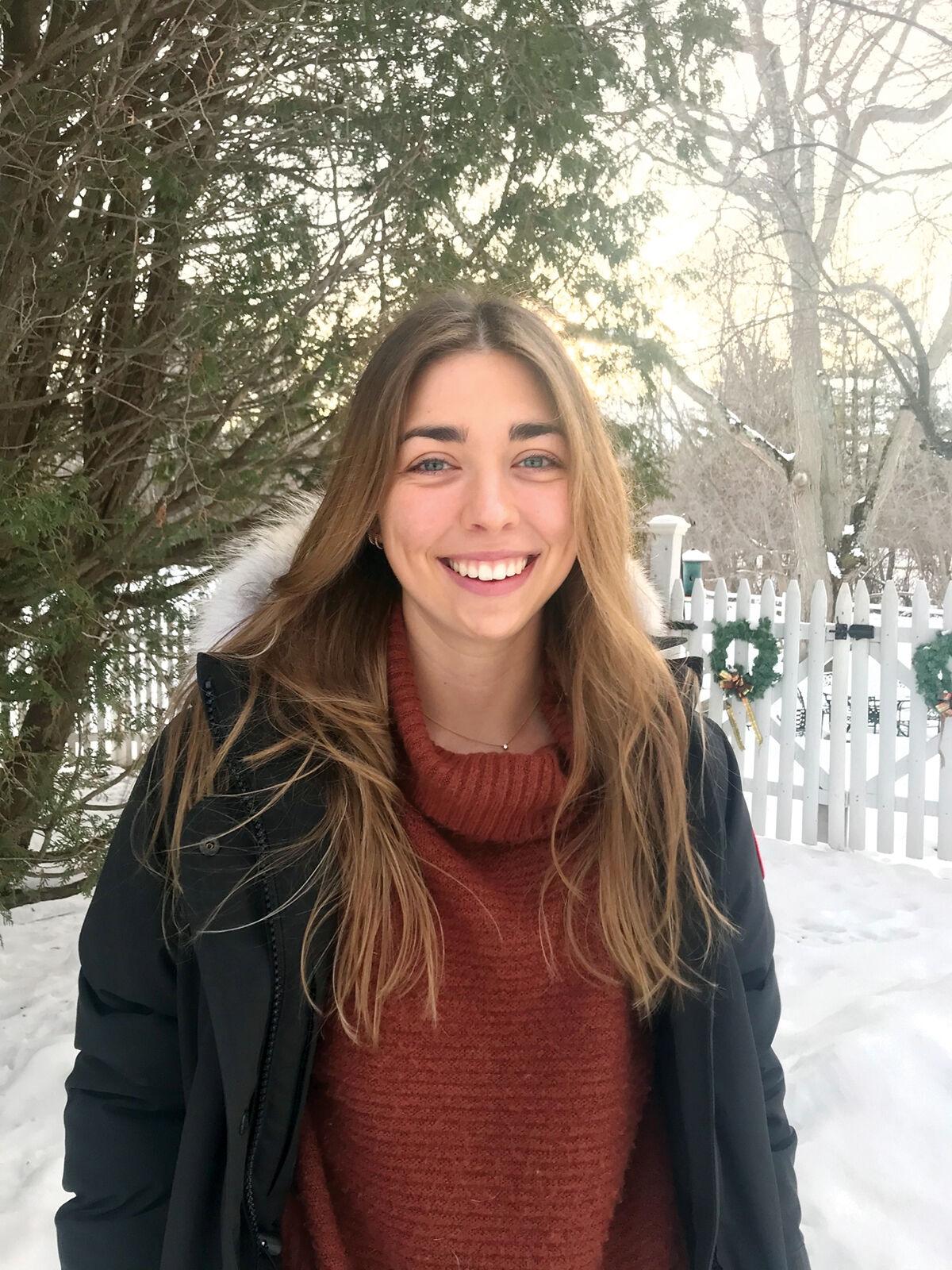 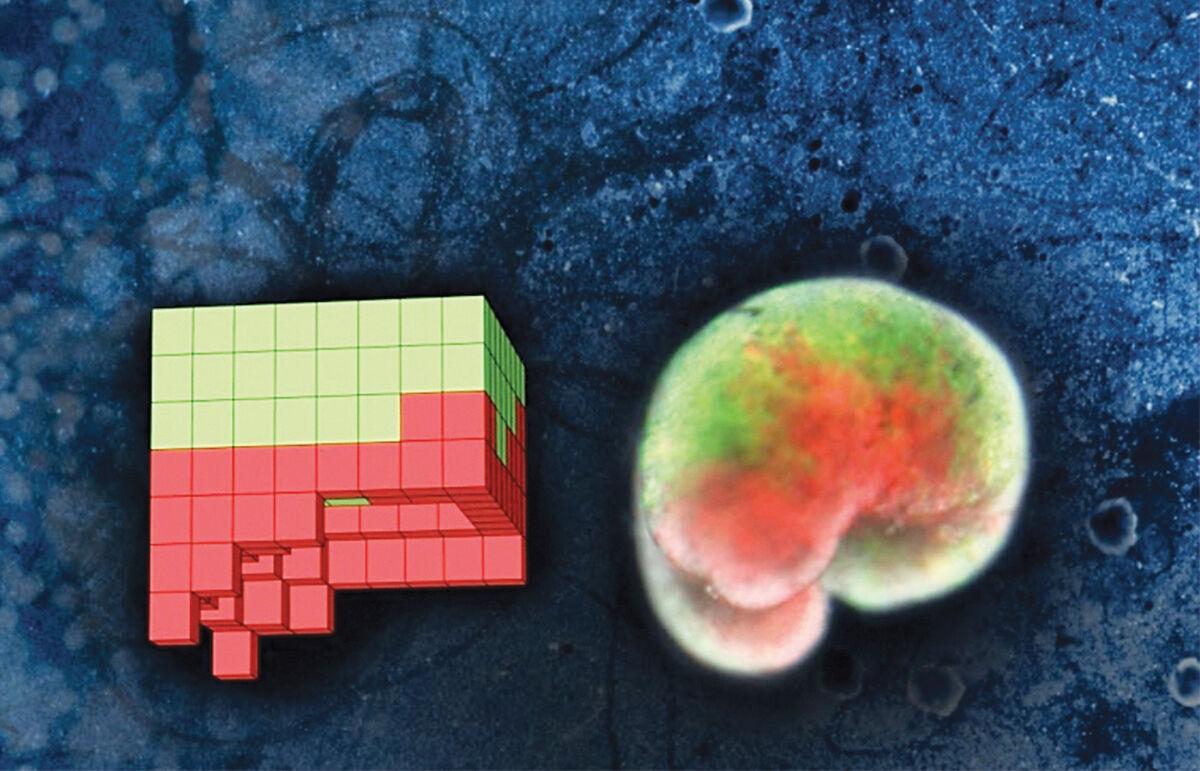 One of the over 100 computer-designed organisms. Left: the design discovered by the computational search method in simulation. Right: the deployed physical organism, built completely from biological tissue — frog skin (green) and heart muscle (red). 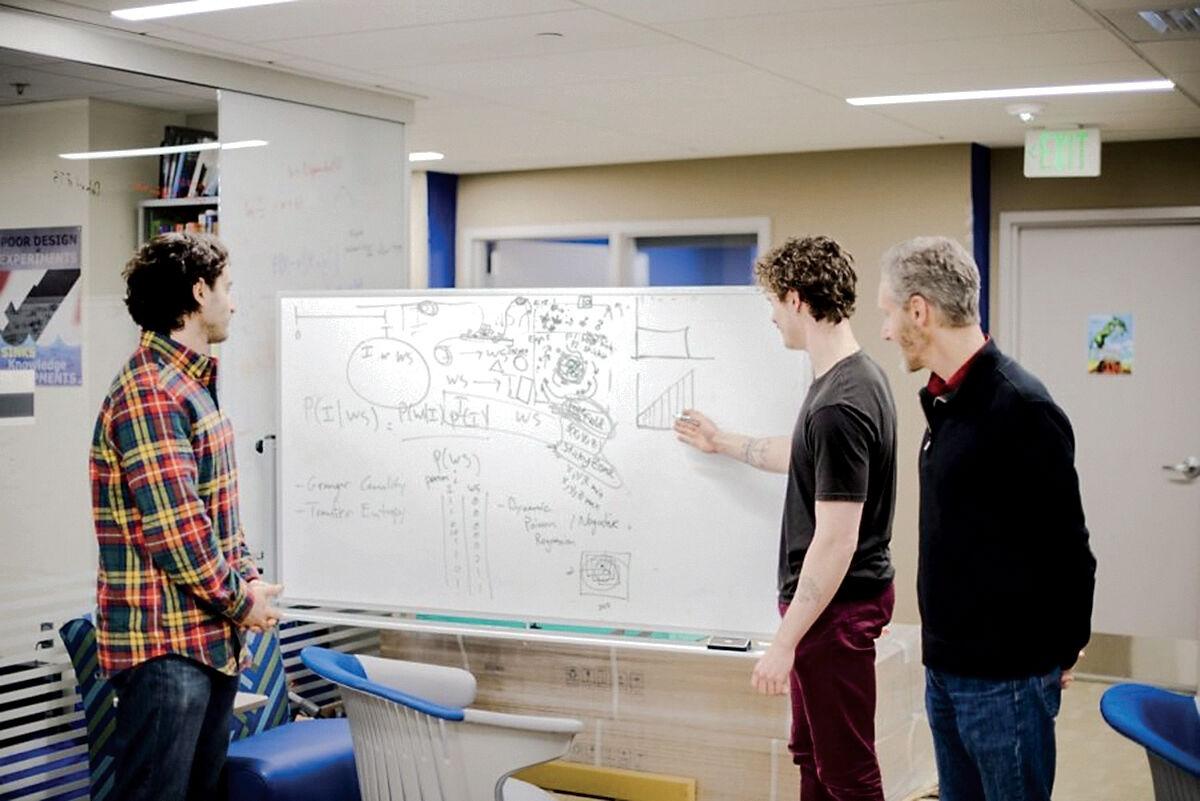 One of the over 100 computer-designed organisms. Left: the design discovered by the computational search method in simulation. Right: the deployed physical organism, built completely from biological tissue — frog skin (green) and heart muscle (red).

Caitlin Grasso, of Shelburne, is working to make living robots.

Because of support of the National Science Foundation, she last month received a graduate research fellowship scholarship to continue this mission — $34,000 annually for herself and $12,000 to the University of Vermont.

The Champlain Valley Union High School graduate returned home to be a teaching assistant in the college’s computer science program in 2019, after earning a degree in biomedical engineering from the University of Delaware.

She earned her masters from UVM and is now in the doctoral program.

Now she works closely with advisor Josh Bongard, who has “created the first life designed by a computer, an arrangement of cells that is completely new,” she said.

The program is in collaboration with Tufts University and designs xenobots — robots made from biological material taken from stem cells of the African clawed frog.

Last year, just before the COVID-19 pandemic encroached, the lab saw its first developments — producing xenobots that moved in a specific direction.

Unlike a traditional robot, made of metal and plastic, xenobots are living organisms, but designed by humans. In computer simulations, Grasso said, the researchers use algorithms to select a sequence of cells to produce robots that perform specific tasks.

Neither she nor Bongard has seen one of their sand grain-sized robots. They hope to travel to Tufts’ Medford, Mass., campus once COVID rules allow to check them out.

They have also created swarms, rounding up debris in their petri dish homes.

This shows, Grasso said, that xenobots might be programmable to clean up microscopic bits of plastic in oceans, leading to an environmentally safe answer to pollution — the robots biodegrade and don’t live for more than a few weeks.

Other potential uses include:

• Delivering drugs to a specific part of the human body

“In the future, a patient may not receive an organ from another human being but instead regrow an organ or a lost limb,” Bongard said. “I think those would be the best uses of robots in the long term.”

The concept of a learning robot attracted Grasso to this work. She said, “That’s very different than mainstream artificial intelligence now which involves a lot of disembodied systems like facial recognition and things which are really good at a specific task but aren’t really good at being able to generalize or adapt to new situations.”

The basic biology implications of xenobots, according to Bongard, are “going to be ongoing research for years and decades to come.”

It is hard to say what the future uses of xenobots might be: “It’s always difficult to know what the killer app of the technology is going to be. When computers were being invented, I don’t think anybody foresaw Tinder and Zoom bombing and autonomous cars,” he added.

Runs in the family

Grasso is the youngest of four siblings to graduate from CVU.

Her sister, Elspeth, also received her bachelor’s degree in biomedical engineering from the University of Delaware, along with a bachelor’s in art history. This May she will receive her master’s in education from Johns Hopkins University, dad Domenico Grasso said.

Domenico, chancellor at the University of Michigan at Dearborn, previously served as University of Delaware provost and at UVM, where he was the dean of engineering and vice president of research, and where he knew Bongard.

The couple plans to retire to their Shelburne home eventually.

Bongard said Grasso, despite only being in her second year of her doctorate study, is already asking her own questions and setting up her own experiments.

“It’s a massive amount of information you have to learn,” Bongard said.

Through this scholarship, Grasso will gain even more independence. She was one of 10,000 recipients out of tens of thousands of applicants, he said.

“She can dream up her own research projects and pursue them in the next couple of years, rather than sort of following what goes on in my lab,” Bongard said. “She can explore and become an independent researcher with this funding.”