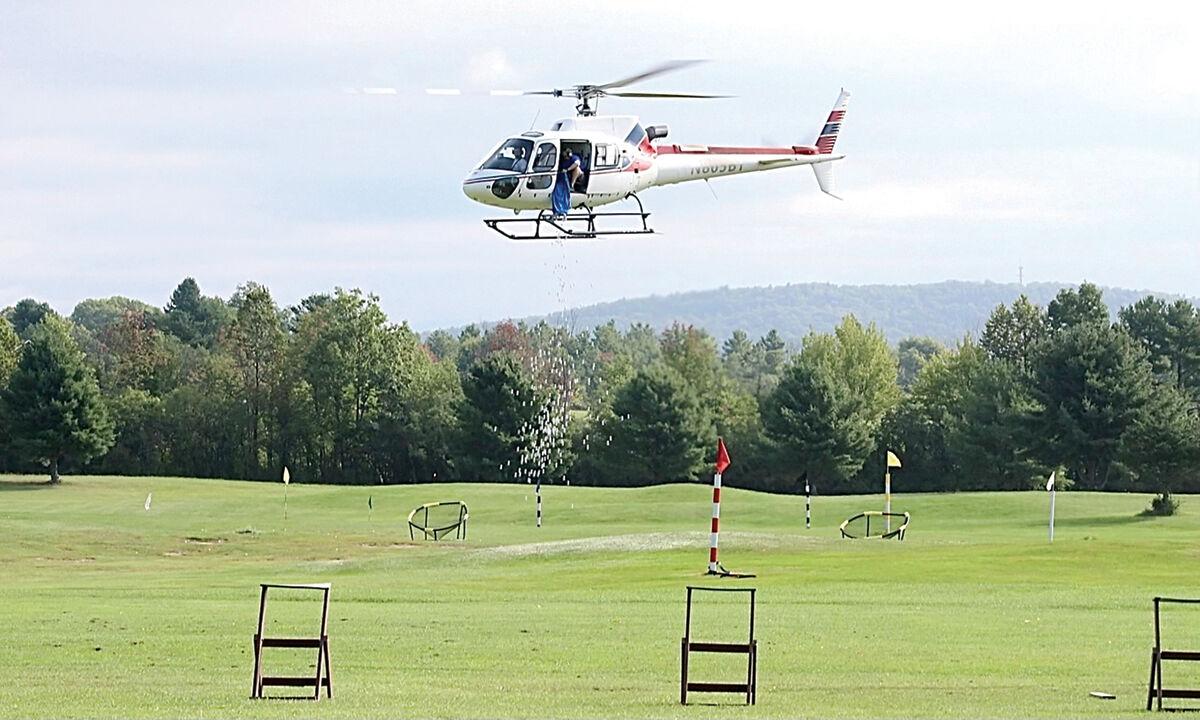 More than 1,000 numbered golf balls are dropped from a helicopter as a fundraiser for the Shelburne, Charlotte and Hinesburg fire and rescue departments. More than $11,000 was raised. 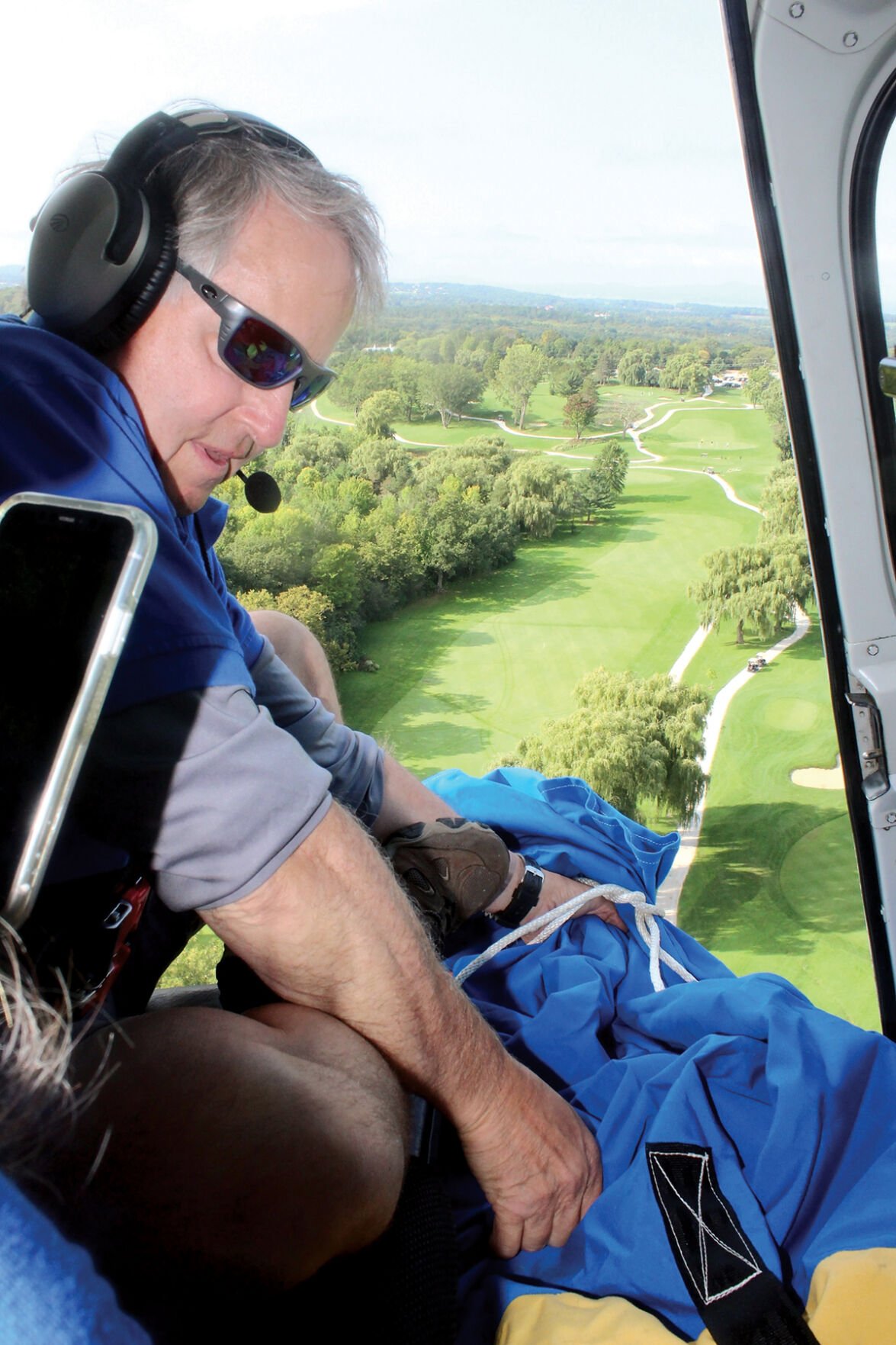 Chris Davis of the Charlotte-Shelburne-Hinesburg Rotary Club drops golf balls out of a helicopter.

More than 1,000 numbered golf balls are dropped from a helicopter as a fundraiser for the Shelburne, Charlotte and Hinesburg fire and rescue departments. More than $11,000 was raised.

Chris Davis of the Charlotte-Shelburne-Hinesburg Rotary Club drops golf balls out of a helicopter.

First it was a tractor bucket. Then a construction lift. Then, the Charlotte-Shelburne-Hinesburg Rotary Club dropped golf balls from a ladder truck for its annual fundraiser for the three towns’ fire and rescue departments.

This year they dropped the golf balls from a helicopter.

Last Saturday, Sept. 18, the Rotary Club dropped 1,000 balls from a helicopter onto the practice range of Gonzo’s HD Sports at the Kwiniaski Golf Course in Shelburne.

People purchased a numbered ball and the closest to the pin won. Caleigh Thompson of Shelburne won. Her ball fell 6 inches from the target.

The club’s Chris Davis said he think it’s the first club in Vermont to drop balls from a helicopter as a fundraiser.

There was also a prize for longest ball. No word by press time who won that contest.

The event raised over $11,000 to be spread among the three towns’ fire and rescue departments.

The helicopter was flown by Nick Warren of Beta Technologies.

Warren flew Black Hawk helicopters in the Marines. His last assignment was flying Barack Obama, so he’s gone from flying the president to golf balls.

Although Beta Technologies was founded three and half years ago to develop an electric-powered vertical take-off and landing aircraft, the aircraft used for the golf ball drop was a traditional ’copter.

Warren said he’s confident the revolutionary aircraft Beta Technologies — called an eVTOL — will be in use in two years.

Warren said he’s not a member of Rotary, but he is the chief rotary wing pilot for Beta. Although the eVTOL is not on the market, the company is allowed to fly it for testing and development.

Before taking off Saturday morning, Warren said the conventional helicopter we were going to fly in held enough gas for a three-and-half hour flight. We didn’t burn all of it, but we burned a good bit.

“We’re committed to doing our part to reduce that,” he said.

Stay tuned to see how they top this drop. Fore!