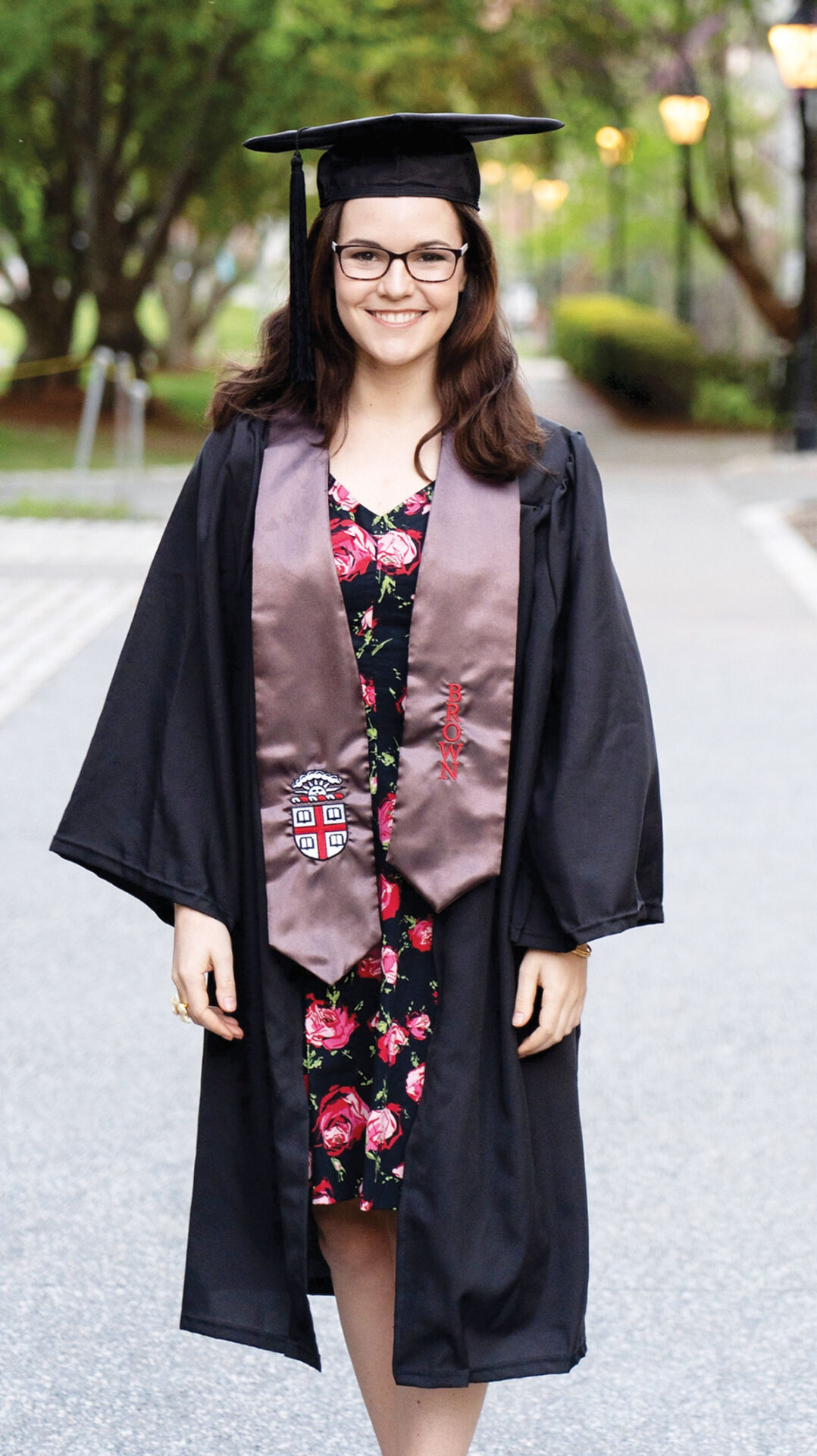 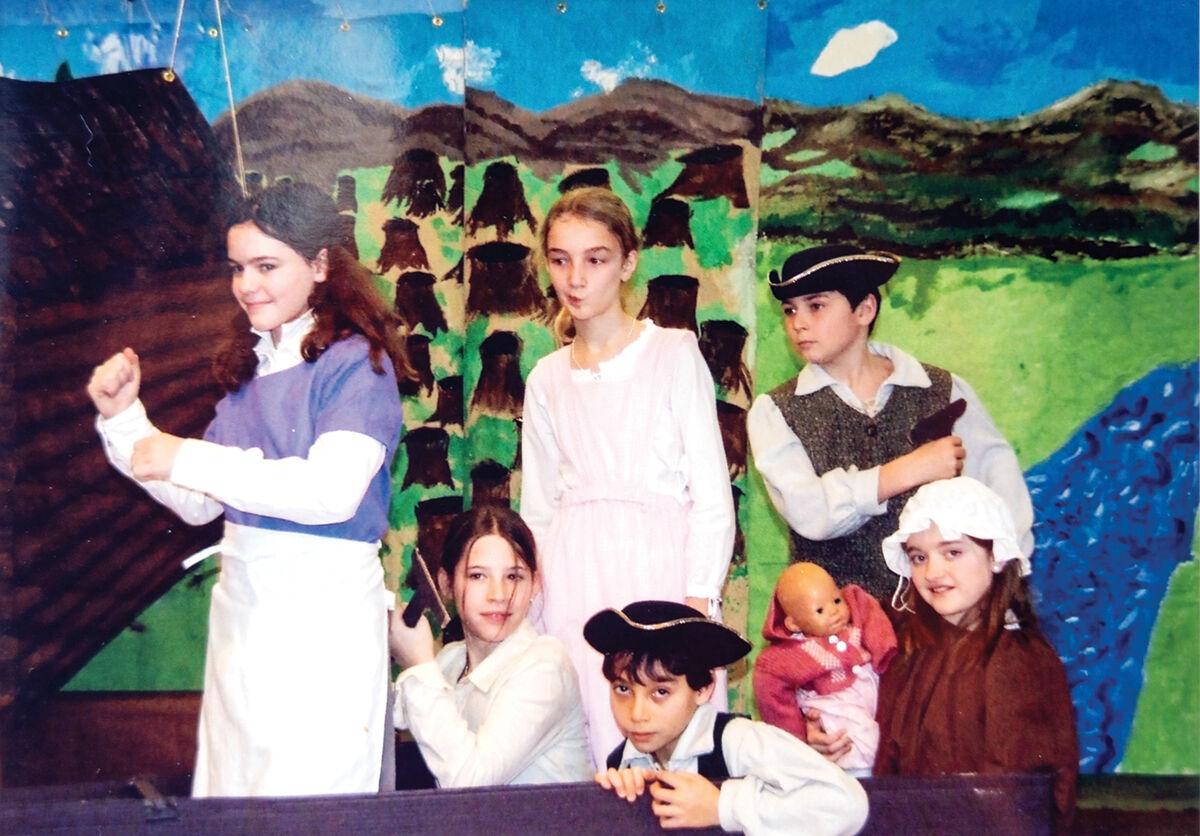 Caroline Jones and Nik Baya perform in the 5th grade class play about the life of Ann Story. Jones is at the front of the ‘boat’ in the scene, and Nik is at the bottom with the tri-corn hat ‘looking thoroughly fed up with my mom for taking the photo.’ 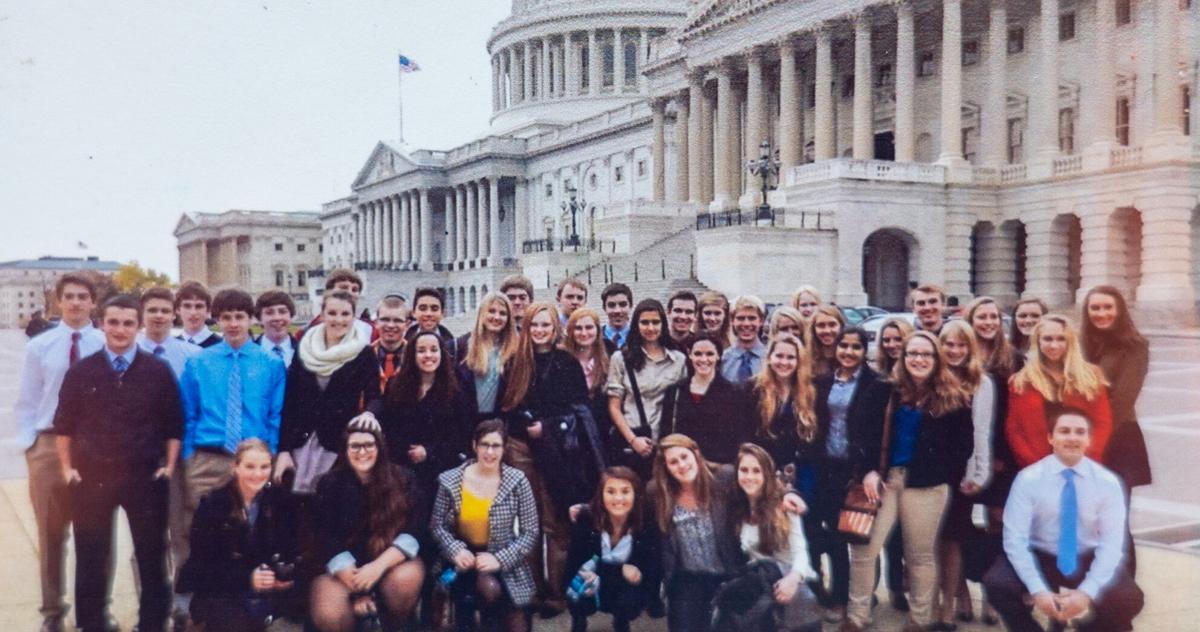 Caroline Jones and Nik Baya perform in the 5th grade class play about the life of Ann Story. Jones is at the front of the ‘boat’ in the scene, and Nik is at the bottom with the tri-corn hat ‘looking thoroughly fed up with my mom for taking the photo.’

They say that lightning doesn’t strike twice, but in the case of Caroline Jones and Nik Baya, it sure did.

Jones and Baya, both Champlain Valley Union High School alums, completed their undergraduate studies at the same school and are now headed to the United Kingdom to pursue graduate degrees.

At the same school.

Jones is working towards a master’s degree in Environmental Change and Management and Baya his Ph.D. in Statistical Genetics.

But sticking together from fourth grade to graduate school wasn’t something the two planned.

Getting to know you

Nik Baya moved to Shelburne from Indonesia the summer before fourth grade. He was born in Burlington, but spent his childhood in Indonesia with his father and ex-pat mother.

Baya had family in Vermont and had visited the area, but the move was still a big transition.

“People were a little bit different,” he said. “American culture was different from the international culture that I grew up with.”

Baya and Jones first met at Shelburne Community School. The two were in the same multi-age classroom team with teachers: Mr. Madden and Ms. Davenport.

Jones struck Baya as both smart and outgoing. Baya struck Jones as very intelligent and funny.

“He has a very dry and quiet sense of humor, which I really enjoy,” Jones said. “He just is very good at everything that he does. He is very dedicated to what he wants to do.”

The two remained in each other’s classes through middle school and high school. They shared reading groups and performed in plays together.

But they were never tight friends.

Jones looks back on those early days fondly.

“I just have really great memories of fourth and fifth grade, because our teachers were so fantastic at making you feel like you were good at what you did, and that it was exciting to be learning,” she said. “That really just helped fuel throughout my life, like the early reinforcement that learning was worthwhile for its own purpose and that being good at it was exciting.”

Despite their similar paths, neither student felt competitive pressure from the other. In fact, their undergraduate and graduate decisions were made unbeknownst to each other.

“It’s funny because we never talked about it,” Jones said. “I didn’t know that he was also going to Brown and we just ended up there. It was great to have a familiar face, but we were in very different programs so we didn’t have a lot of overlap.”

Their interactions were mainly greetings in passing, on the green.

“It was kind of fun to bump into each other on campus,” Baya recalled.

When Jones told her friends she was accepted into Oxford, one replied that she and Baya would be attending the same school again.

It was yet another coincidence.

Both Baya and Jones will begin their studies at Oxford this month. Once they arrive in the U.K., they’ll have to self-isolate for two weeks.

“It is a comfort, especially given all the difficulties of COVID,” Baya said. “It’s been a little bit stressful, so it’s nice to have someone that I can message and ask questions.”

Having someone from the same town at Oxford would be nice under normal circumstances, but is especially so now with uncertainties around travel, Jones added. She worries another wave of COVID could prevent her from returning home when planned. It’ll be great to have someone to lean on, no matter what happens.

“Going out and making new friends when you have to stay six feet apart and wear masks the whole time is pretty intimidating, especially for someone who’s already an introvert. So I’m pretty sure I’ll be hitting up Nik for some socially distanced coffee,” Jones added.

Jones, she said, memorized all 100 of her lines of a class play that Davenport wrote. But the young student didn’t stop there — she went on to memorize every other student’s lines so that she could help them if they forgot, Davenport said.

“Nik has always impressed me as a learner who had very high expectations of himself. He always wanted to just do a very thorough job, and he would do it,” she said. “I remember that he had just the nicest handwriting because he took his time with everything and, and high quality was important.”

Madden isn’t surprised to see Baya and Jones heading off to Oxford. But it does feel good and speaks to the strength of a Champlain Valley School District education.

Madden is grateful to have had Jones and Baya in his class and for all they have taught him.

“It’s definitely a collaborative effort when you learn, and I got a lot out of our relationship. So, I certainly appreciated it,” he said.

“I also feel equally excited when I see my students find other meaningful lines of work,” she said. “As a teacher, I want them to find a place in the world where they can contribute and feel satisfied and earn a living and build a life for themselves.”