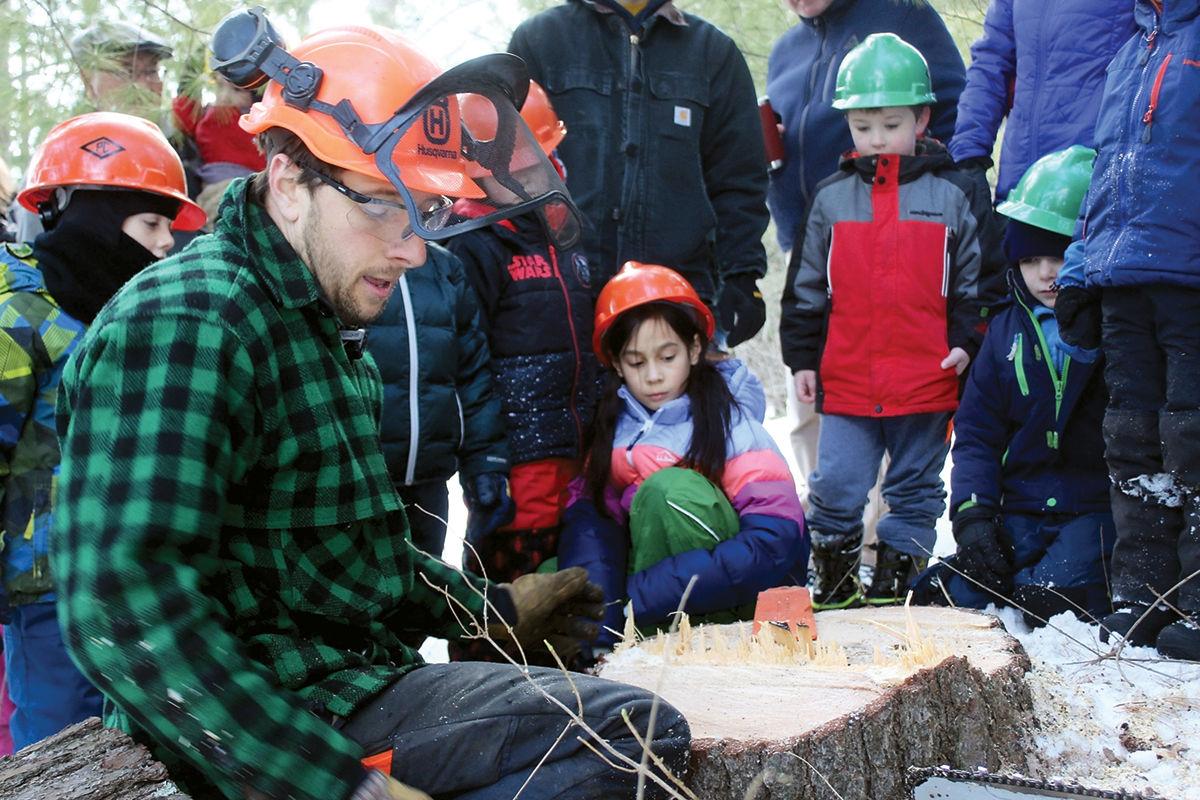 Shelburne Farms Groundskeeper Travis Bessette discusses how the pine tree he felled had a rotten core. 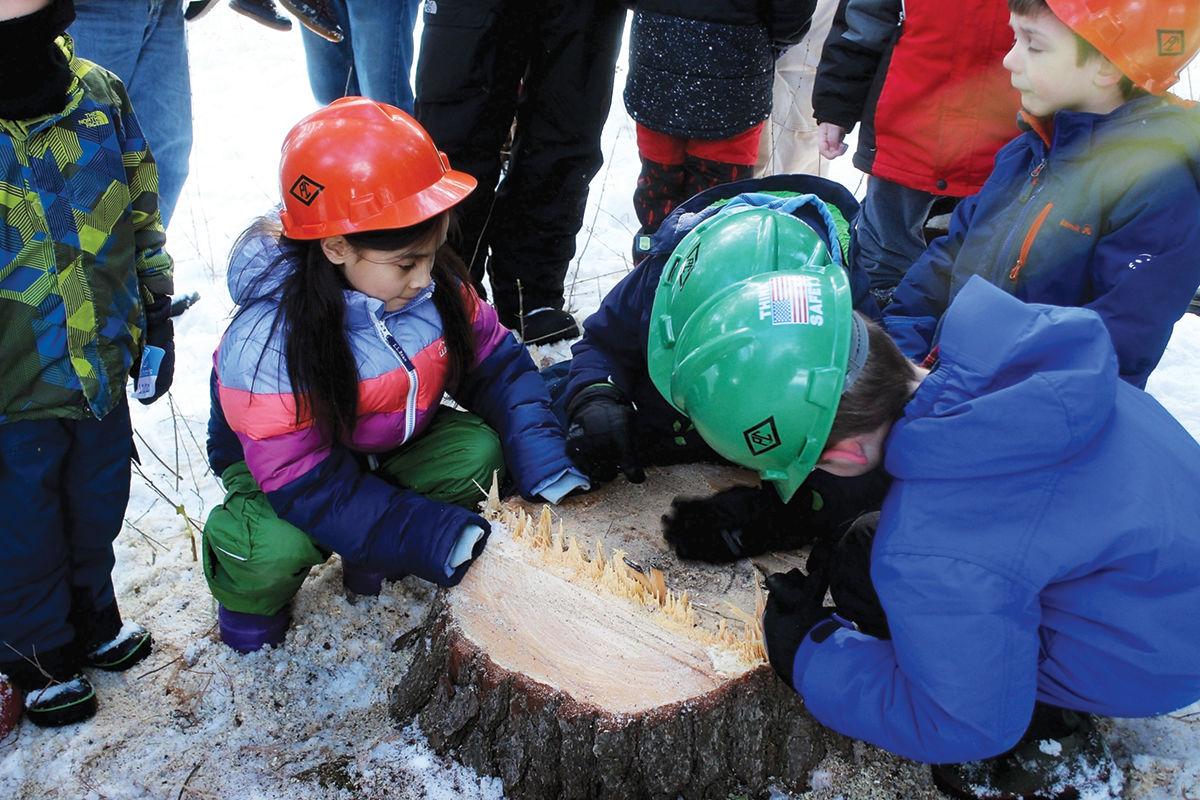 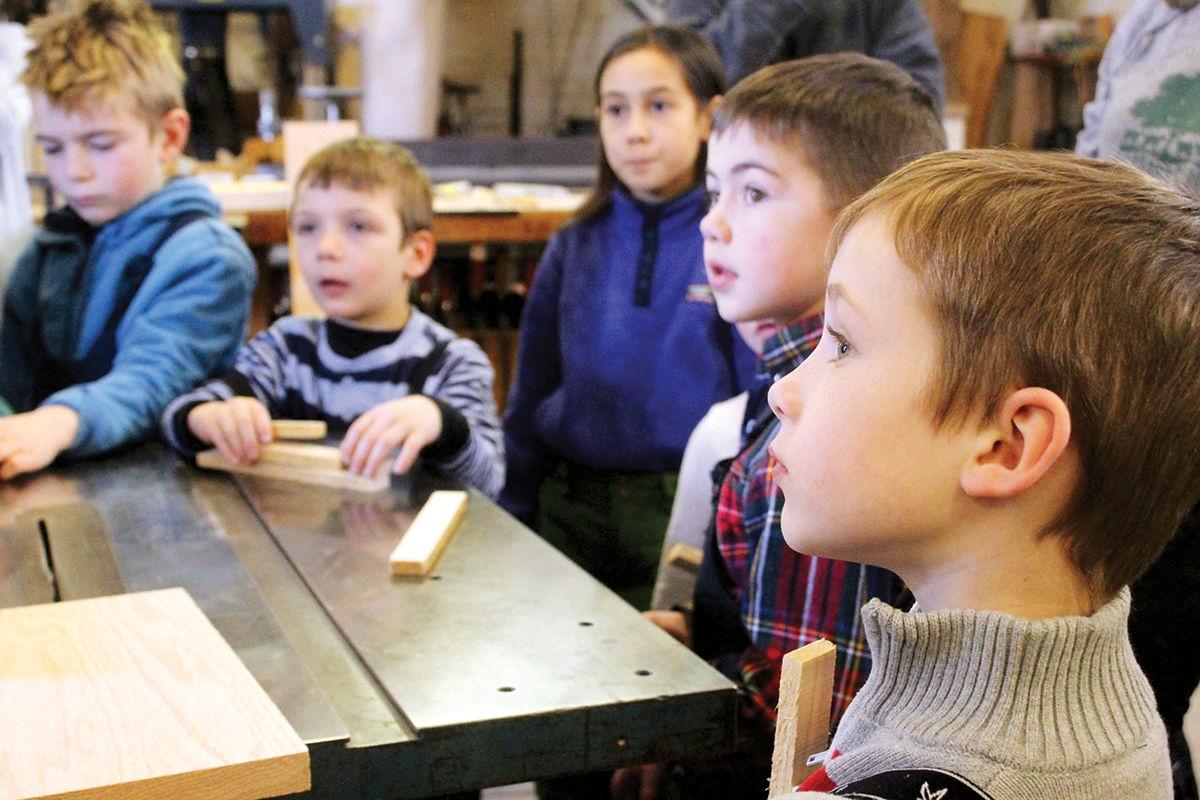 The potential future foresters also went inside to the woodworking shop to learn how lumber is sawed and planed and to make their own cutting boards. 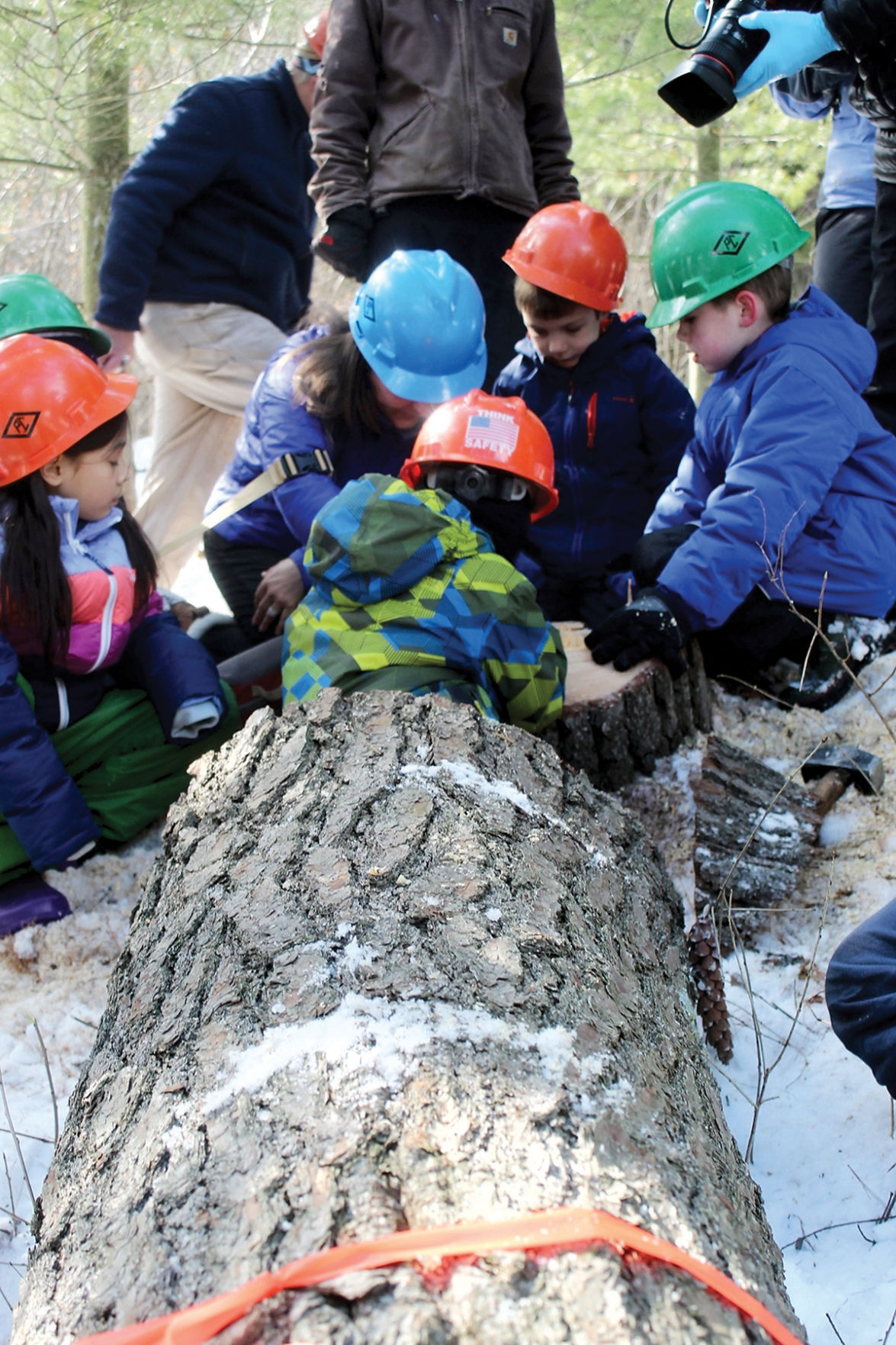 Shelburne Farms Groundskeeper Travis Bessette discusses how the pine tree he felled had a rotten core.

The potential future foresters also went inside to the woodworking shop to learn how lumber is sawed and planed and to make their own cutting boards.

Clad in hard hats a group of 11 possible future foresters (ages 5 and up) and their parents trekked through snow to a patch of trees at Shelburne Farms, where groundskeeper Travis Bessette discussed why the tree to be felled was chosen and how he would alter the course of the fall with wedges – in order to cause the least damage to the smaller surrounding trees.

Shelburne Farms wants to be recognized for forestry, not just farming. To that end, they held a Forester for a Day event on Saturday, Feb. 22.

Before he cranked up the chainsaw, Bessette asked the kids how old they thought the tree was. Although there was one guess of 10,000 years old, the majority of the estimates were from 84 to 100 years. Pretty solid predictions since Bessette thought the tree was around 90.

As the group watched from a safe distance, the tree fell in a snowy field with a muffled crash to a rousing chorus of “Timber!”

Bessette’s aim and skills were true. The large pine fell dramatically, exactly where he had planned. Like a seamstress with a chainsaw, Bessette had hit the seam between the smaller trees and threaded through the needles. No other trees were harmed.

When the group inspected the stump, it turned out the center of the tree was rotten – Bessette had chosen wisely.

He explained how the tree would be cut into sections of around 10 feet then sawed into boards to use for an addition to Shelburne Farms’ Sugar House.

The group then trudged back to the woodworking room in the Farm Barn, where Jeff Parsons demonstrated the steps in milling the wood down to smooth lumber suitable for making furniture or, in this case, cutting boards.

Parsons is one of the owners of Beeken Parsons, furniture makers in Shelburne. They are independent producers who work at Shelburne Farms, said Megan Camp, vice-president and program director. Parson has had a 30-year partnership with the farm.

He demonstrated how different woods have different densities of grain and are more or less difficult to break.

The kids chose designs for their cutting boards, including hearts, sea turtles, a pig and a football. Parsons showed them how to match their designs to the grain so protruding parts, such as a cat’s ears, would be less likely to break off.

As the future foresters sanded their projects, Camp talked about how forestry is one of the areas of the farm that gets overlooked.

“People drive by and they’re like, ‘Oh, yeah, it’s a working farm.’ So, they see the cows and like the sheep, but they forget that it’s also a working forest,” Camp said. “I guess I would say I’m passionate about forests.”

She said in a way Shelburne Farms is a microcosm of the Vermont – trying to succeed at both farming and forestry.

Forestry in Vermont is like the dairy industry. She’d like to see the forestry business growing instead of declining, said Camp.

“We’re losing young people who want to be foresters, but then nobody’s ever gotten them out in the woods to talk them,” said Camp. “This could be something you could do as easily as being a farmer or a computer technician. It’s a great profession.”

With so many young people leaving the state for economic opportunities, she thinks that forestry might be a job that could stimulate the local economy.