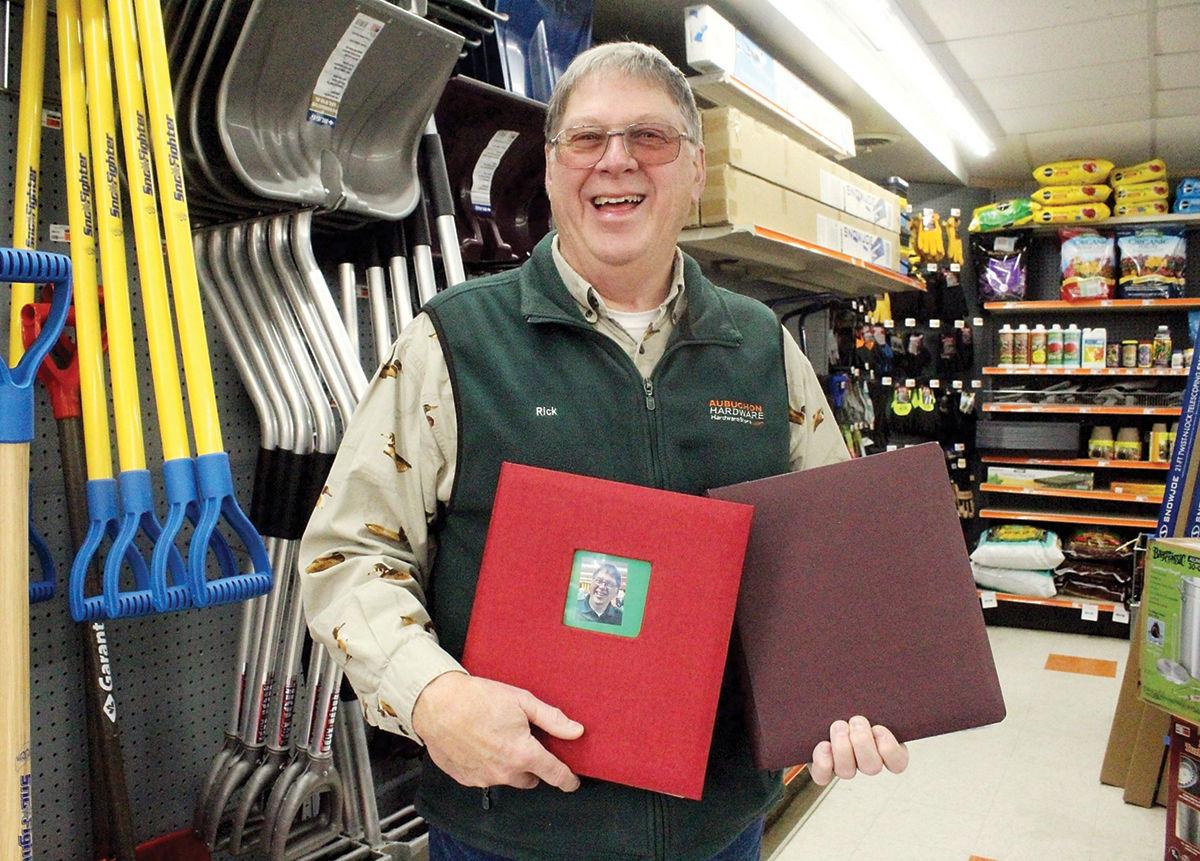 Rick Bessette, Shelburne Poet Laureate, holds two scrapbooks – one with his poetry and one with students’ poetry. 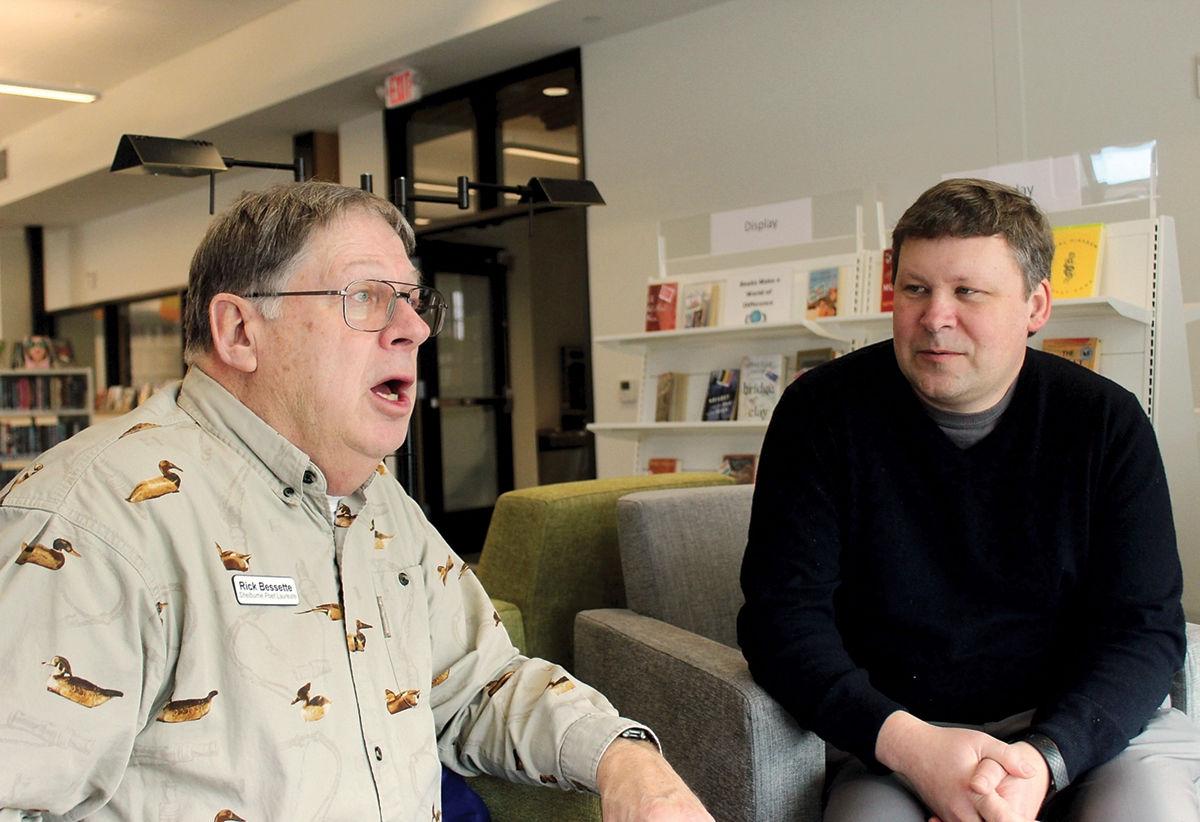 Rick Bessette, Shelburne Poet Laureate, holds two scrapbooks – one with his poetry and one with students’ poetry.

Shelburne’s Poet Laureate is stepping down … but he might be stepping up.

The second of Rick Bessette’s two-year terms comes to an end on April 1. But he has told members of the town’s selectboard that he doesn’t want to see the program die. And he won’t let it die.

Bessette, known unofficially as “The People’s Poet” before he was named Shelburne’s Poet Laureate in 2015, would like for someone else to put on the muse’s mantle. However, he says if no one steps up to strut their poetic feet for the town’s inspiration, amusement and signification, he will agree to assume another term.

To even the most unbiased eye, it is clear Bessette thoroughly loves being Poet Laureate. His smile lights up any room, he practically dances if he’s standing and talking about the experience, he pats the armchair if he’s sitting, sharing and encouraging others to write and share their poems.

“I can’t tell you what a joy and a pleasure it has been,” he said as he rocked back and forth in a stuffed chair at Shelburne’s Pierson Library, with Library Director Kevin Unrath at his side, telling tales about readings and writings that Bessette has helped organize.

“Rick has really made the Poet Laureate program his own. He’s really made it more than was expected at the time in terms of the amount of work and the diverse nature of all the different things that Rick has done to promote poetry,” said Unrath. “It could have been - write a poem every now and then and present it at Town Meeting and people would have thought, ‘OK, it’s a poet.’ Rick really brings poetry to the community.”

But Bessette feels like he should let someone else have all the fun he’s having as Shelburne’s Pied Piper of Poetry. He also wants to spread the program.

“I’d like to see the program larger than myself. There are 14 counties, nine cities, 237 towns and 36 villages in Vermont,” Bessette said. “As we far as we know, I’m the only poet for his community.”

One of the things he enjoys the most about being Poet Laureate is working with children. He is at Shelburne Community School at least once a week, and the students are actively writing poetry. He has a scrapbook stuffed with poems to prove it, and a bulletin board at the library full of students’ poetic stylings.

Bessette proudly shares the Aug. 28, 2008, edition of the Shelburne News. The cover story tells about how he had gotten a letter from the White House about a poem he sent called “Dove of Peace.” In the story, Bessette was referred to as Shelburne’s Poet Laureate.

“We didn’t even have a Poet Laureate program,” Bessette laughs. Seven years later they did, and he was their first – so far, anyway.

After Bessette was appointed, Laura Kennon, the former Pierson Library director who is now Vermont State Librarian, suggested doing poetry around town. This would happen monthly at a Shelburne business.

He has been writing poetry for about 20 years. Where does he get his inspiration?

“From plowing snow in blizzards, to hot summer days, every day is different, and every day has its own beauty,” he said.

Much of his inspiration comes from Shelburne Farms. He’s grew up on the farm. His father worked there for over 35 years and Rick has worked there since high school and most of his adult life. It’s one of at least three jobs he has; he also works at Aubuchon Hardware and he tends people’s houses.

Bessette lived on Shelburne Farms as a child, and as an adult until 12 years ago when he and his wife of 43 years – who he met when they were students at Champlain Valley Union High School – bought a house in Shelburne village.

“I’ve never moved more than 5 miles in any direction,” Bessette said with his beaming smile.

Bessette has held poetry events at the Shelburne town beach, at the Inn at Shelburne Farms and on the deck of the Ticonderoga at Shelburne Museum.

A history teacher from his days at Champlain Valley Union High School showed up for a poetry reading on the Ticonderoga. “He looks at me and he goes, ‘What the heck? I can’t believe this.’”

“I was a character in school. They just pretty much gave me a diploma and were like, ‘get him out of here.’”

And here Bessette was reading poetry on the deck of a national landmark.

In 2015, the Veterans committee asked Bessette to write a poem for the memorial that was being installed on the Parade Grounds on Church Street.

He was stumped, not completely sure why they’d asked him. So, he said, “Why are you asking me? I’m not a veteran. I don’t have a clue what those people have gone through.”

He asked every veteran he could find “what one or two words that they carry with them in their heart every day.” He took the collected words and worked on the poem for five or six weeks, even working on it on the beach in Maine.

The committee approved Rick’s poem unanimously. When the snow has melted, go check it out. You won’t see his name. Bessette insisted that he not be credited. He felt the monument was about the Veterans and that it was their words.

On these our soldiers we reflect.

Remember them their sacrifice.

Come with gratitude and respect.”