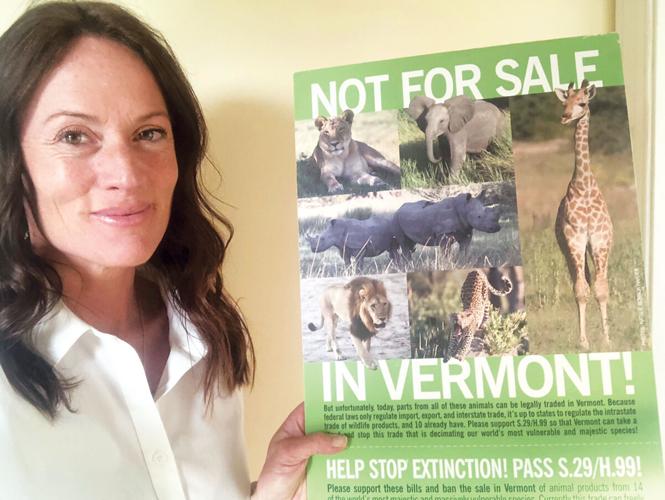 Ashley Prout McAvey has dedicated her time to helping animals, locally and beyond. 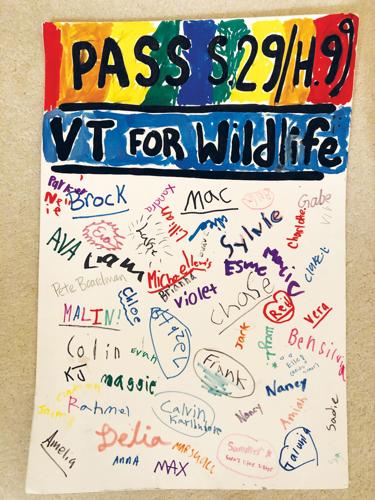 Ashley Prout McAvey has dedicated her time to helping animals, locally and beyond.

Ashley Prout McAvey of Shelburne finally breathed a sigh of relief on Oct. 8, when Governor Phil Scott signed a bill making it illegal in Vermont to buy and sell most products, like ivory, composed of animal parts from endangered wildlife.

McAvey, founder of Vermont for Wildlife, spent eight years campaigning for the ban.

Over that time, she organized a march with 400 children down Church Street in Burlington, screened movies about wildlife conservation, talked to school students and lobbied the state legislature. She credited the dedication of volunteers, allied organizations and child activists for the measure’s success.

“I just could exhale,” McAvey said last week as she reflected on passage of the law, “because it [showed] … every one of those seconds of effort and energy — it mattered,”

The United States is a main contributor to the trade in endangered animal parts, which has led to the rapid extinction of species around the world. Federal law bans interstate trade, but until recent years there were no laws regulating the business within a state. According to one study, only 10 percent of wildlife products are stopped at the U.S. border, leaving the other 90 percent to be exchanged at the state level.

Vermont was the twelfth state to enact a ban. The law will take effect in 18 months. It bars the buying and selling of animal parts from 15 species, including elephants. Items such as musical instruments and antiques that contain less than 200 grams of ivory will be exempt.

McAvey, who is now 46, said her passion for wildlife protection began 30 years ago when she visited Africa at age 16.

As part of the trip she visited an animal sanctuary and looked into the eyes of a baby rhino that had been rescued after its mother was killed by poachers.

“To be so close to this ridiculously adorable, innocent baby that surely would have died. It just seemed so unfair to me,” McAvey said.

McAvey majored in environmental biology at Yale and got her master’s in environmental management there as well, but her Vermont campaign was triggered by a 2012 National Geographic cover of a bloodied elephant tusk plundered by poachers.

The image woke her up to the devastation being visited on these animals, she said. She hosted the screening of a movie about elephant poaching, which in turn led to discussion about the need for state-level legislation to stop the trade in ivory and other animal parts.

“I thought, OK, someone else can run with this legislation. And then a week went by, a month went by, two months went by and it wasn’t happening. It needed somebody to drive it. So that’s when I jumped in,” McAvey recalled.

She launched the all-volunteer Vermont For Wildlife to raise awareness and educate Vermonters about the issue. The group’s first attempt at legislation died in 2016, after supporters concluded the measure had been too watered down.

Fresh legislation was introduced in both the Vermont House and Senate in 2019. The House passed its version but by spring this year the Senate had not acted. McAvey appealed to Sen. Tim Ashe, Democrat/Progressive, Chittenden, president pro tem of the Senate. He pledged his support and that made the difference, she said.

“When you say, ‘Was there a turning point?’ I like to point to Tim Ashe,” McAvey said. The bill completed its journey to the governor’s desk before the Legislature adjourned in September.

Brenna Galdenzi, president of Protect Our Wildlife VT, which also lobbied for the bill, said this fall’s success was a testament to the power of grassroots organizing in Vermont. “You don’t have to be a powerful lobbyist organization... you could just have a couple of really passionate, educated, credentialed, knowledgeable folks to get good material,” she said.

Galdenzi is hoping to partner with McAvey again in the future, perhaps with a podcast. “[McAvey] is a real shining example that we hope to share with others across the country, to motivate them to do something similar to what Ashley did,” Galdenzi said.

Speaking with McAvey, it is clear that she is very passionate about wildlife conservation efforts. “We can’t live without wildlife and it’s so arrogant to think that we can exploit and exploit and there will be no consequences,” she said.