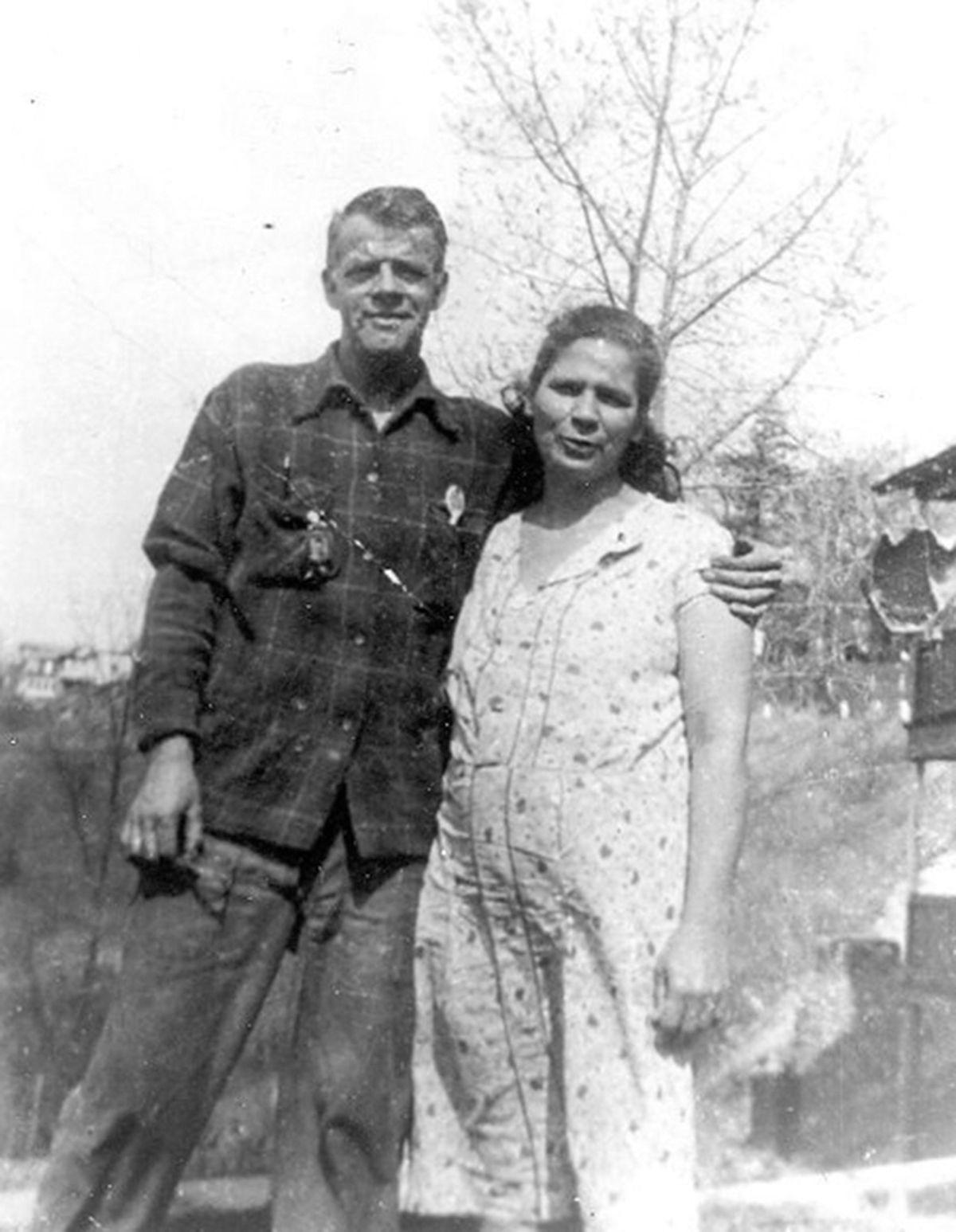 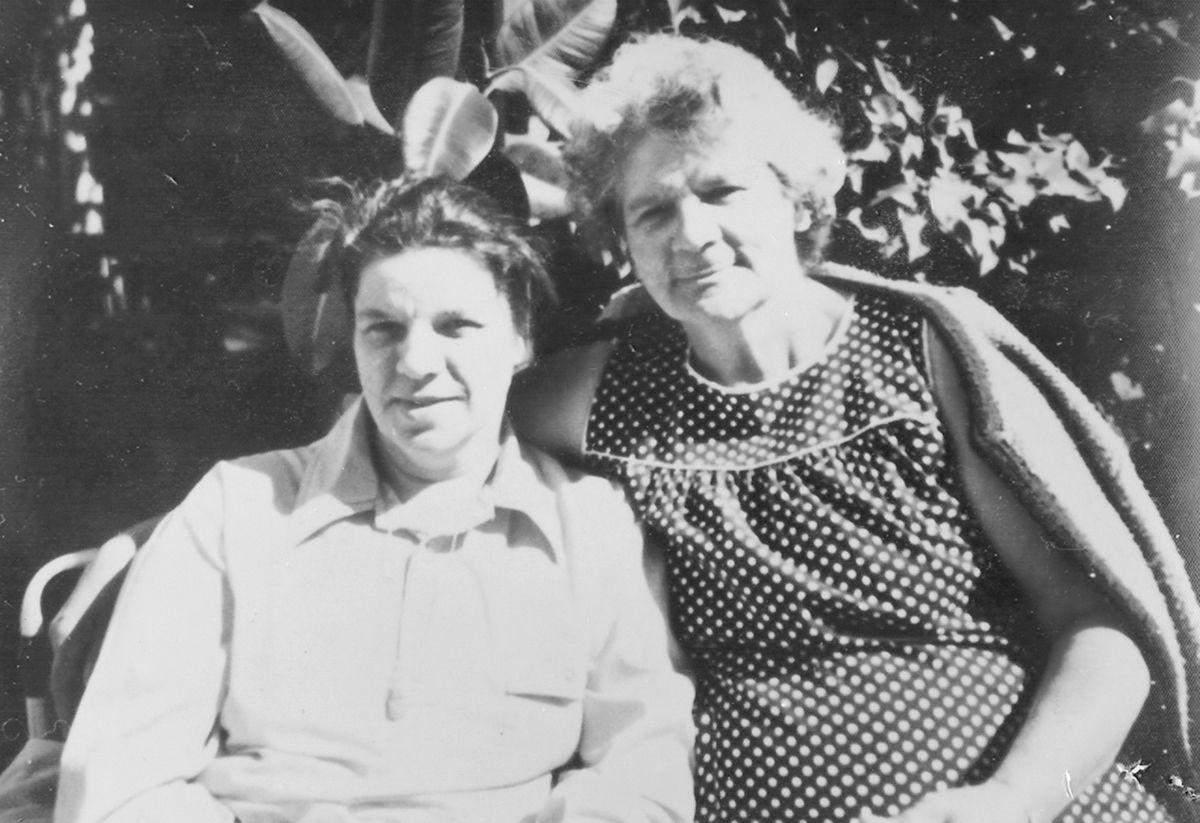 Stevens’ mother Margaret Stevens and grandmother later in life when she had changed her name to Delia Burbo to avoid sterilization.

Stevens’ mother Margaret Stevens and grandmother later in life when she had changed her name to Delia Burbo to avoid sterilization.

“One thing that strikes me is that people really were and still are afraid to acknowledge their Abenaki heritage. Still today some are afraid to speak about their heritage. I feel strongly that they should feel comfortable and feel protected in speaking about their culture.”

“Vermont has her own dark history. Regardless of the fact that we as individuals were not present and did not participate, our forebears did. Our institutions of higher learning did. Our Legislature did of which those of us who serve are part of that same institution. We must allow those stories tone told. Last year, we passed Act 1, an act related to ethnic studies and that may well be that vehicle. For true healing to occur, we must acknowledge what this was, and it caused great suffering to Vermont citizen - citizens the State was charged to protect.”

“We are not the first state to make an official response. The state of Illinois has made an apology. I strongly support this because it was the official policy of the state of Vermont to allow sterilization. The eugenics movement and other acts against these families was a tremendous trauma and it resulted in their no longer acknowledging their Abenaki heritage because they didn’t want to be further targeted by the state of Vermont. Many went underground because of their fear of being identified.”

“The eugenics movement existed in an environment that did not recognize the value of differences in the human population. Worse, it assumed that those who did not fit a misguided notion of superiority based on race, ethnicity and ability, did not deserve to procreate, whether they be native American, French Canadian, people of color or mentally impaired, and that they should be involuntarily sterilized. Since this was an official policy of the state, it deserves an official apology from the state.”

If the state of Vermont had gotten its way Don Stevens never would have been born.

His grandmother changed her name three times to avoid being forcefully sterilized during Vermont’s eugenics movement.

He said there were “two strikes” against his grandmother because, not only was she Abenaki, she’d also had polio.

His mother’s mother changed her name twice to avoid being sterilized, too.

Stevens, the Chief of the Nulhegan Band of the Coosuk-Abenaki Nation, wants an apology from the state for its eugenics policy in the 1920s and 30s. There is a resolution, J.R.H.7, introduced at the end of January that is working to do just that.

The resolution is titled: “Joint resolution apologizing and expressing sincere condolences to all Vermonters and their families who were harmed as a result of State-sanctioned and eugenically inspired sterilization.”

It is in the General, Housing and Military Affairs Committee.

Setting an example for Hitler

Vermont’s efforts at “purifying” its citizens by sterilizing classes of people considered inferior preceded 1931 with the passage of “An act for human betterment by voluntary sterilization” and didn’t end in 1936 when the survey ended, but, according to the website Eugenics Survey: A Documentary History, this was the most notorious of Vermont’s efforts in this regard.

Stevens worked to get the University of Vermont’s apology, which came on June 21, 2019. UVM’s apology was important because the school played a significant role in the movement, particularly with the work of faculty members like Henry Perkins, and university classes, research and publications.

“It’s ironic that Germany watched the national eugenics movement pretty closely. Hitler was very interested in how people would be tracked,” said Stevens.

“The bill has a good chance, but you never know. Politics is politics; it still has to go to the Senate,” said Stevens. “You hold your breath until the governor signs it, but we’re not asking for anything but the apology. It’s not like were beating down the door for reparations.”

Stevens is also hopeful about the chances of H.716 being passed. This is a bill that would give (some might say restore) free hunting and fishing rights to Abenaki people. Also read for the first time in January, H.716 is in the Natural Resources, Fish and Wildlife Committee.

Two other acts introduced in January concerning the Abenaki that are in the General, Housing and Military Affairs Committee are H.880, tagged as: “An act relating to Abenaki place names on State park signs” and H. 897: “An act relating to the repatriation of traditional Abenaki lands.”

J.R.H.7, the apology bill’s chances of passing have been boosted by support from Lt. Gov. David Zuckerman and Attorney General T.J. Donovan.

In 2011, the state of Vermont passed a resolution recognizing the Abenaki as a tribe. Stevens said this happened after his grandmother died but before his mother did. This recognition helped his mother to be proud of her heritage.

“Only a dog, a horse and an Indian need a pedigree,” he said.

In this article, Chief Don Stevens’ grandmother was misidentified. The text in the article has been corrected.