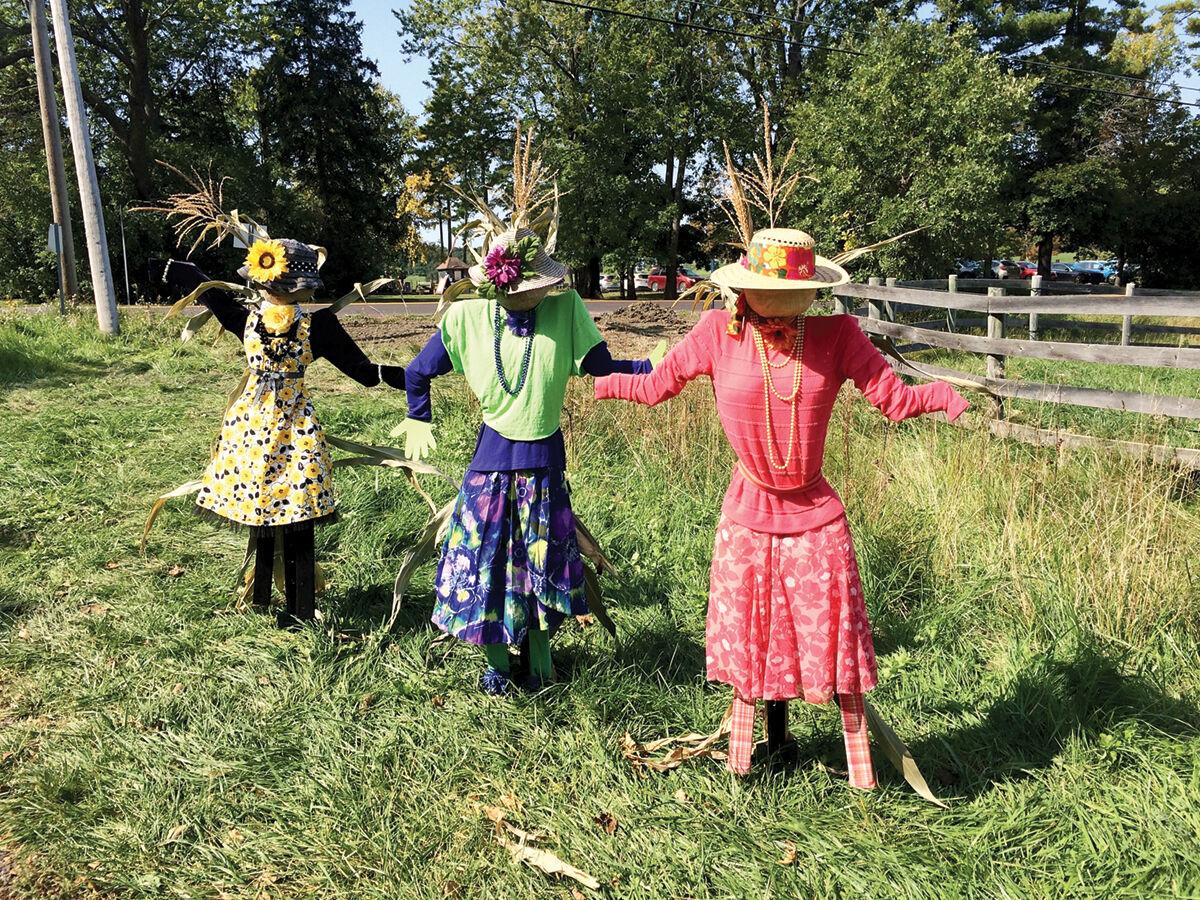 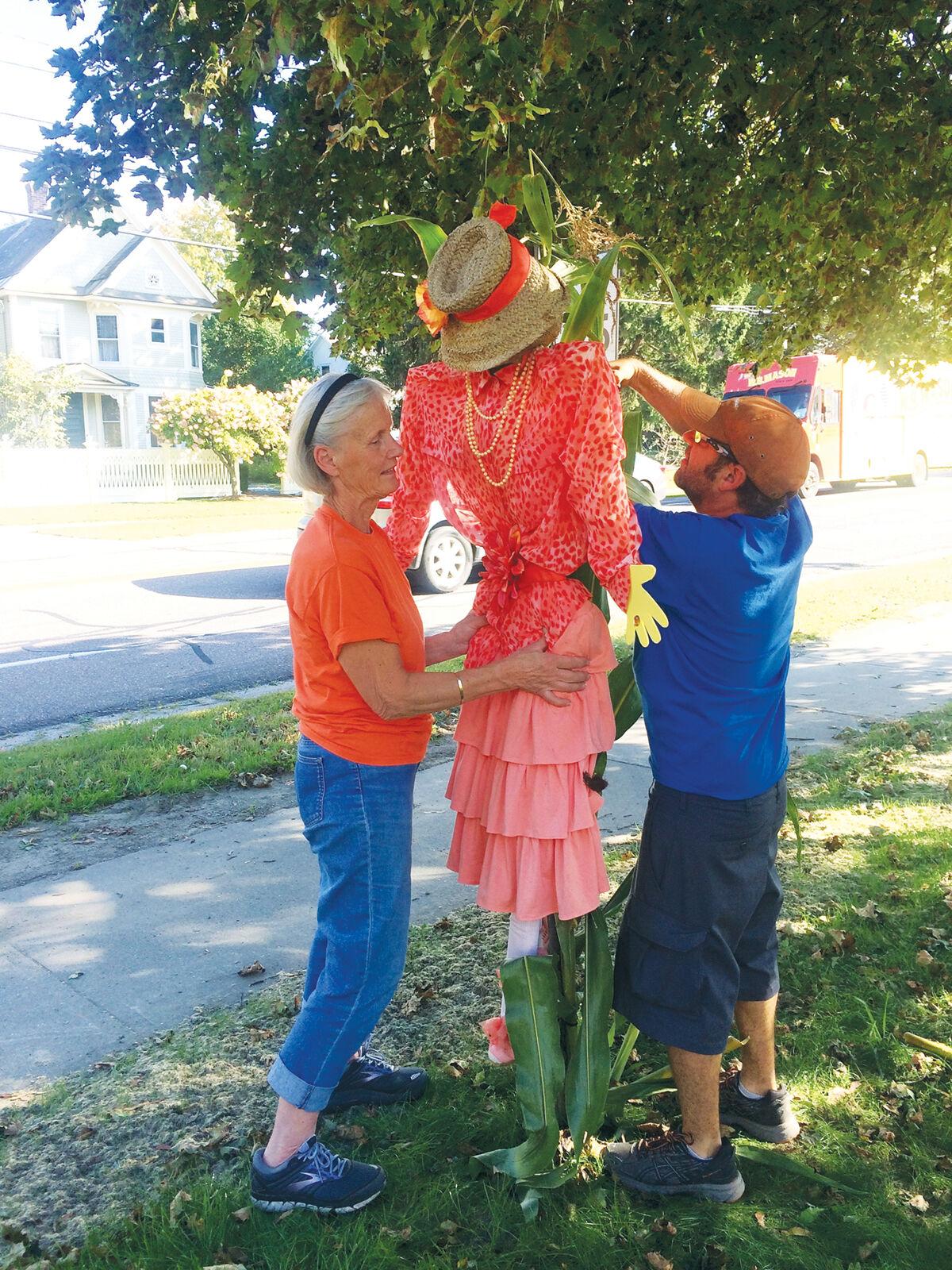 Setting up Leaf People in strategic locations around Shelburne is something Sue Gracie Pinney has been doing since 2006 – after she builds them and dresses them!! Shelburne residents and everyone else who sees them says "Thank You." 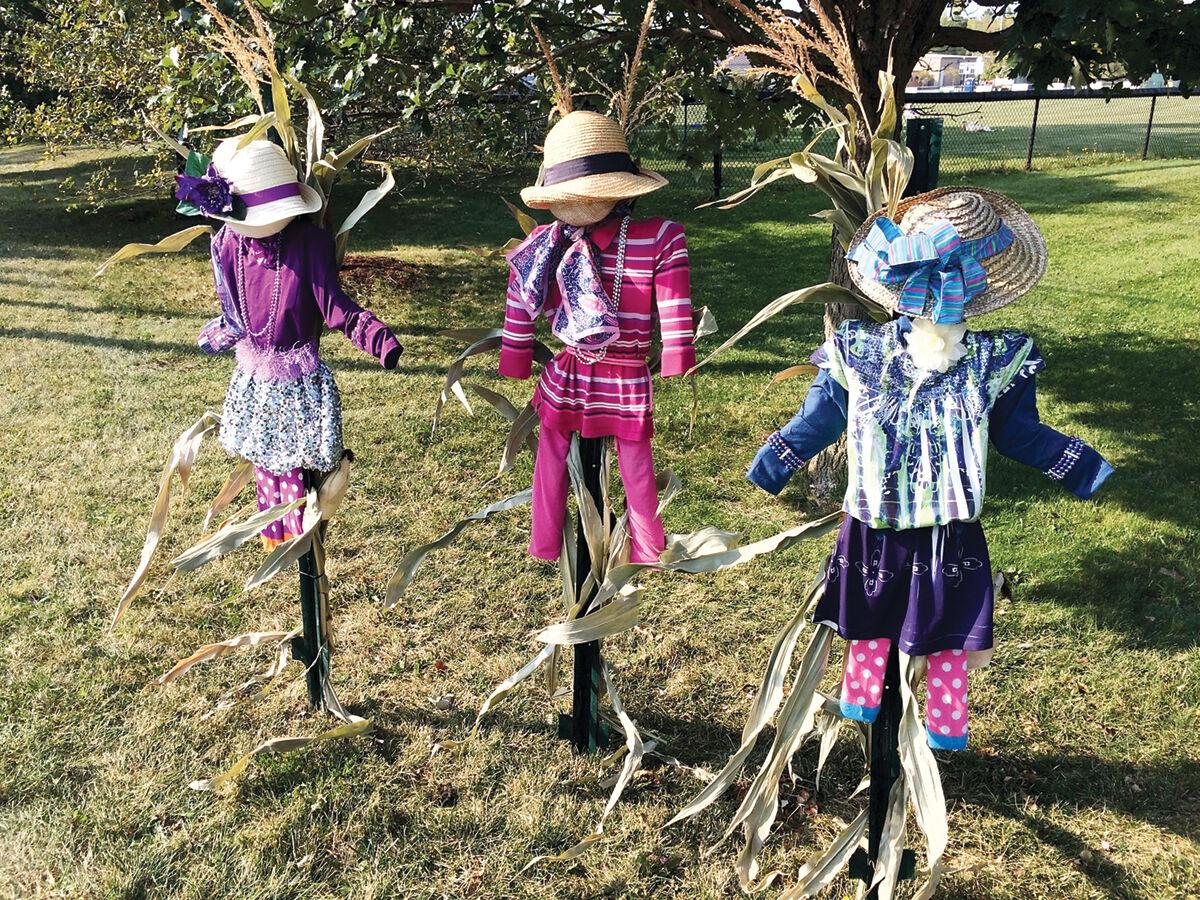 Setting up Leaf People in strategic locations around Shelburne is something Sue Gracie Pinney has been doing since 2006 – after she builds them and dresses them!! Shelburne residents and everyone else who sees them says "Thank You."

As the foliage begins to turn to its autumn colors, in Shelburne we have another sign of the season: The roadsides are lined with dozens of brightly colored figures known as Leaf People, a name coined as an inside joke in a state where we welcome the annual visitors known as Leaf Peepers.

For the past 14 years the Leaf People have been a labor of love for Sue “Gracie” Pinney, whose garage on Harbor Road is a year-round storage warehouse for the wooden frames that are the bodies, and the array of clothing that Sue gathers at garage sales and browsing the racks at thrift stores. It is also the workshop where she transforms the simple t-shaped frames into fashionably dressed “people,” all sporting bright colors, fun hats and sometimes high heeled shoes.

This year Sue created 65 Leaf People and with some volunteer help “planted” them along Route 7 and in strategic locations throughout Shelburne.

As in years past, the reaction of the public was enthusiastic and complimentary, voicing appreciation for the bright, cheerful additions to the scenery at a time when everyone seems to have a special need for something cheerful to focus on. And as in the past, calls of appreciation from tourists from as far away as Malaysia and Sweden who passed through Shelburne and fell in love with the greeters. Sue says, “I’m always surprised at how people look forward to the Leaf People. It’s fun to see their reactions and hear their comments.”

The rest of the story

Shelburne’s Leaf People story has an earlier chapter: The happenstance and the volunteer effort that originally brought them to town.

In 1997 Sherry Cooley, an energetic, creative and imaginative member of the Shelburne community, drove through Brandon and came home to tell her friends and fellow-members of the Shelburne Business and Professional Association that along the streets of Brandon she had seen the most delightful, smile-triggering “scarecrows.”

She thought Shelburne should adopt the idea.

With the technical assistance of the Brandon Chamber of Commerce who provided specifications for the frames for the “scarecrows” and the energetic enthusiasm of SBPA members and friends, colorful costumed figures were ready for their roadside roles very quickly. And the Leaf People name was adopted.

The “Dress the Leaf People” project became an annual endeavor that moved from Sherry Cooley’s garage the first year to the Fire Station and even one year was part of Shelburne Farms Harvest Festival.

In the fall of 2006, no Leaf People waved to passersby.

As then-President of SBPA Tod Whitaker explained, with the pressures of managing the Shelburne Farmers Market and many other projects, there were no hands available to tackle the Leaf People project.

But the absence of those bright figures in town was the spark that lighted Sue Pinney’s imagination and we are all grateful for her good work and enthusiasm.

Rosalyn Graham is president of the Shelburne Business and Professional Association.