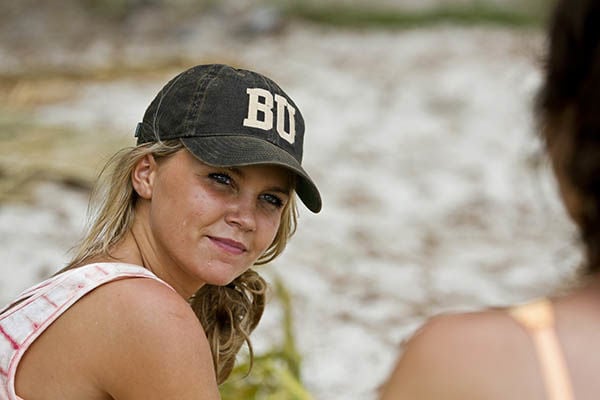 Boston University student Julia Sokolowski, 19, of Shelburne is a cast member on this season’s Survivor on Team Beauty. Courtesy of CBS 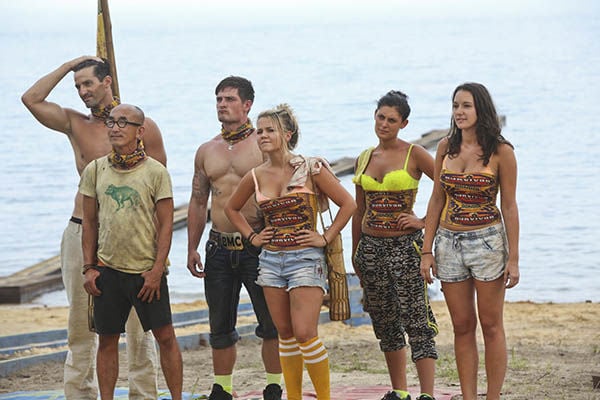 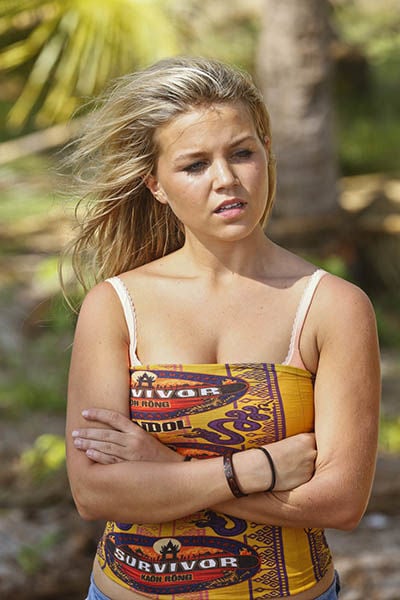 Boston University student Julia Sokolowski, 19, of Shelburne is a cast member on this season’s Survivor on Team Beauty. Courtesy of CBS

The 32nd season of Survivor premiers Feb. 17 on CBS with Shelburne native Julia Sokolowski competing on the Beauty Tribe. The Emmy Award-winning series theme this time around is Brains, Brawn and Beauty.

Champlain Valley Union High School graduate, Sokolowski, 19, is the youngest female player in the show’s history. She turned 19 during the filming of the show last spring where she joined 18 castaways who competed to outwit, outplay and outlast each other.

Sokolowski is currently a sophomore at Boston University, where she is studying communications.

The show is hosted by Emmy Award winner Jeff Probst in Kaôh RÅng, an island in Cambodia. This season’s location is said to offer relentless conditions for the castaways.

We interviewed Sokolowski about her journey on Feb. 12.

Lynn Monty: Bugs are often an issue on the show. Are they really as relentless as they appear to be? Did you suffer with bites? How did you find relief?

Julia Sokolowski: Kaoh Rong, Cambodia is actually known for sandflies, which were by far the worst of the bugs. I’m about to geek-out and go all science-y here for a sec, but female sandflies bite you because they need our blood to synthesize their eggs, and those bites easily turn in to blisters … and those blisters bleed. The worst part is, these bugs are microscopic and live in the sand, so I couldn’t even tell I was being bit until I was itchy an hour later. The only relief I got from the bites was by swimming in the ocean.

LM: Rain! The rainy days seem the worst. Especially when everyone’s feet and hands turn puckered and white. Did you suffer consecutive rain days? How did you try to stay dry? What is the worst part of the rain?

JS: Luckily, our filming schedule just missed monsoon season! However, that doesn’t mean it didn’t rain. Once you are wet out there, you are wet. The humidity made it almost impossible to ever be completely dry. The worst part of the rain was when it rained at night because that meant no sleep.

LM: What did you survive on? Just rice? Did you hunt?

JS: I got lucky in that the jungle had coconut trees and the gulf of Thailand is essentially a supermarket … but as for the rice and hunting, you’ll have to wait and see!

LM: What were you allowed to bring with you? Clothes? Makeup?

JS: Nothing, besides the clothes on my back and a pair of in-game shoes for challenges. When my makeup from day one washed off, that was it! Not even a toothbrush.

LM: Did you do anything to prepare for the show? What workouts? Did you get anything like eyelash extensions? Was staying beautiful a requirement? Did producers care what you looked like during the filming?

JS: I didn’t do much to prepare for the show because I got on the show by being myself; that’s who the producers cast me as, Julia Sokolowski. However, pre-game I did workout and eat more protein than I normally do, just to try and put on some muscle.

In terms of “staying beautiful,” I did a little tanning in the tanning booth (sorry mom) but that’s essentially it! I actually didn’t know I was put on the beauty tribe until about a minute before we started the game. Of course I was flattered, but I was also nervous because I was already going out there as this young, blonde, sorority girl; so adding the “title” of beauty tribe was intimidating and almost fueling my stereotype.

Everyone who knows me, knows that I dress girly, wear ridiculous amounts of mascara and high heeled boots … but what I love about Survivor is how raw and exposed you are without all of these accessories. So to me, “beauty tribe” became this source of empowerment … look at me, I’m this 18-year-old girl on national television, without makeup, in a bikini, sunburnt and bug bitten, appearing far from perfect and knowing the country is going to judge me, but owning it, and that is what’s beautiful.

LM: What is one thing you know now that you didn’t know before taking on this amazing adventure?

JS: As cheesy as it sounds, I know now that confidence really does come from within, and if you don’t have it, fake it ‘till you make it. I have always been a perfectionist and aimed to present myself in the most positive light, but we all make mistakes, we all have flaws, and we all have a vicious side. I learned that embracing those imperfections at the right time, in the appropriate way, can be more beneficial than I ever realized before.

LM: Do you know Kathy O’Brien from Charlotte? She was on Survivor Marquesas and Survivor All-Stars. Did she offer you pointers before you left? Did they work?

JS: I have met Kathy a few times and I think she is absolutely wonderful. We are the only two players to ever have come from Vermont, and it’s a huge honor to follow in her footsteps. I couldn’t really reach out to Kathy before the show, just for confidentially purposes, but I’m sure she would have given me some awesome pointers.

Actually, years ago, when I was a little kid, I went to a one of Kathy’s viewing parties. I remember thinking she was the coolest and I had her autograph a buff for me. After going through the experience myself, I only have more respect for her.

LM: How did you deal with all of the down time? Were the days long?

JS: Down time was difficult because, truly, the only company I had was my own mind. It sounds crazy because I am so young, but I did lots of self-reflection and really discovered the core of who I am and what is important to me. It was also bizarre because in my real-life down time, I’m typically on my phone or the computer, so being disconnected from my social media as a college student, let alone a communications major, was something I had never experienced.

The days were long, but you kind of develop a schedule where you wake up when the sunrises and go to bed as soon as it’s dark because there is nothing else to do; so, it’s definitely manageable.

LM: Did you bond with any of the players? Will you keep in touch with the others on the show?

JS: The amazing thing about Survivor is that regardless of the outcome, the cast is a family. In fact, the entire Survivor community is one outrageous, dysfunctional but supportive family. We all went through this wild journey together, and that is something that will forever bond us.

LM: Is Jeff Probst every bit as adorable in person as he is on TV? How involved is he with your daily living during filming?

JS: Jeff is great! He really is a huge piece of what has kept Survivor so successful for so many years. I’m not even kidding, it’s as if his passion for the show oozes from his pores. When you are watching it on TV, the show goes so quickly … so as an audience you sometimes don’t even realize that there are multiple days between challenges/tribal, so contestants can go a while without even seeing Jeff … he leaves camp life to us!

JS: Yes! There was always a camera on me, even when I was sleeping. They don’t want to miss a single moment.

LM: What can you tell me about the season?

JS: I think the season will be filled with characters! The cast is extremely diverse, so the audience will at least find one person they can connect with. The big-egos and corky personalities will not only make it fun for the fans but also for the casual spectator.

LM: Any Survivor behind the scene secrets that you are allowed to share?

JS: Hmm … I can’t think of any specific behind the scenes secrets that I am allowed to share, but I will say that I gained a huge deal of respect for everything on the professional and production side of Survivor, they do an incredible job protecting the integrity of the show. What you see on the show is real; there is no bathroom, or food, or pre-built shelter … nothing is scripted.

LM: Was it everything you hoped it would be?

JS: Yes, it was everything I hoped it would be. I had a roller coaster adventure that I am excited and ready to share.

LM: What was your fondest memory from home that kept you going on the hardest of days?