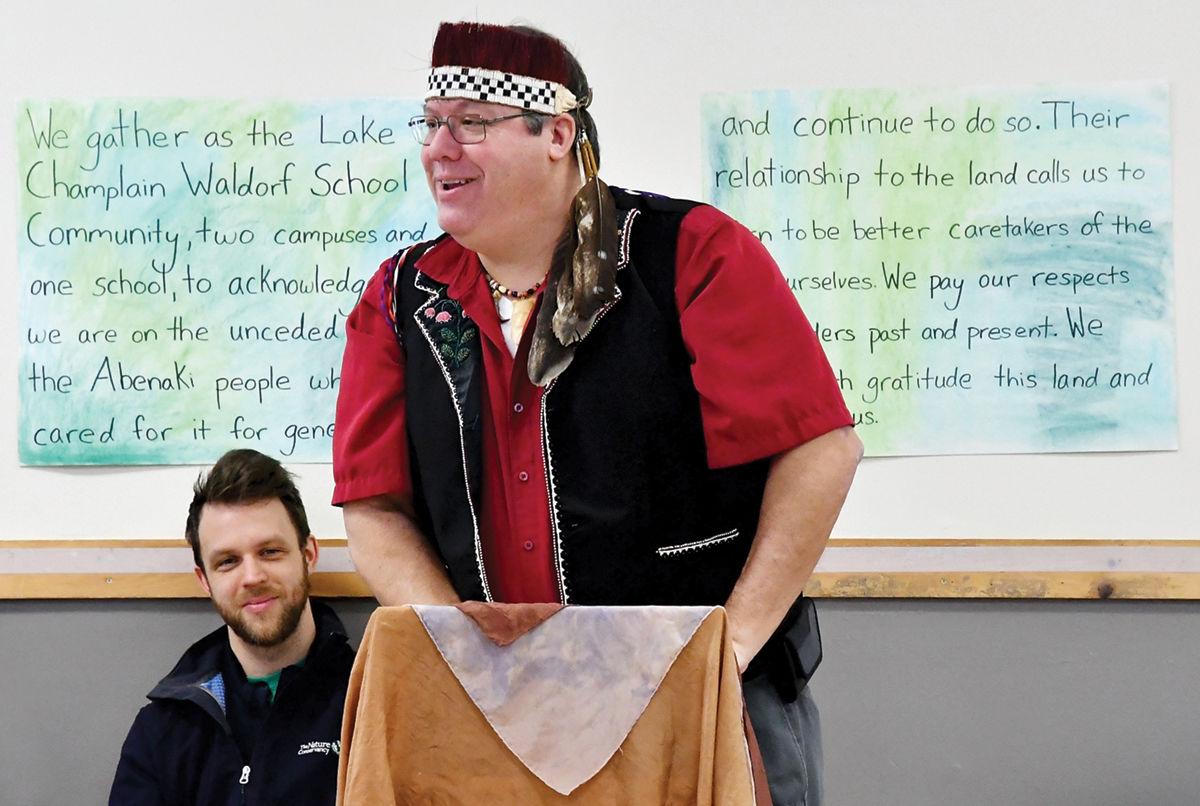 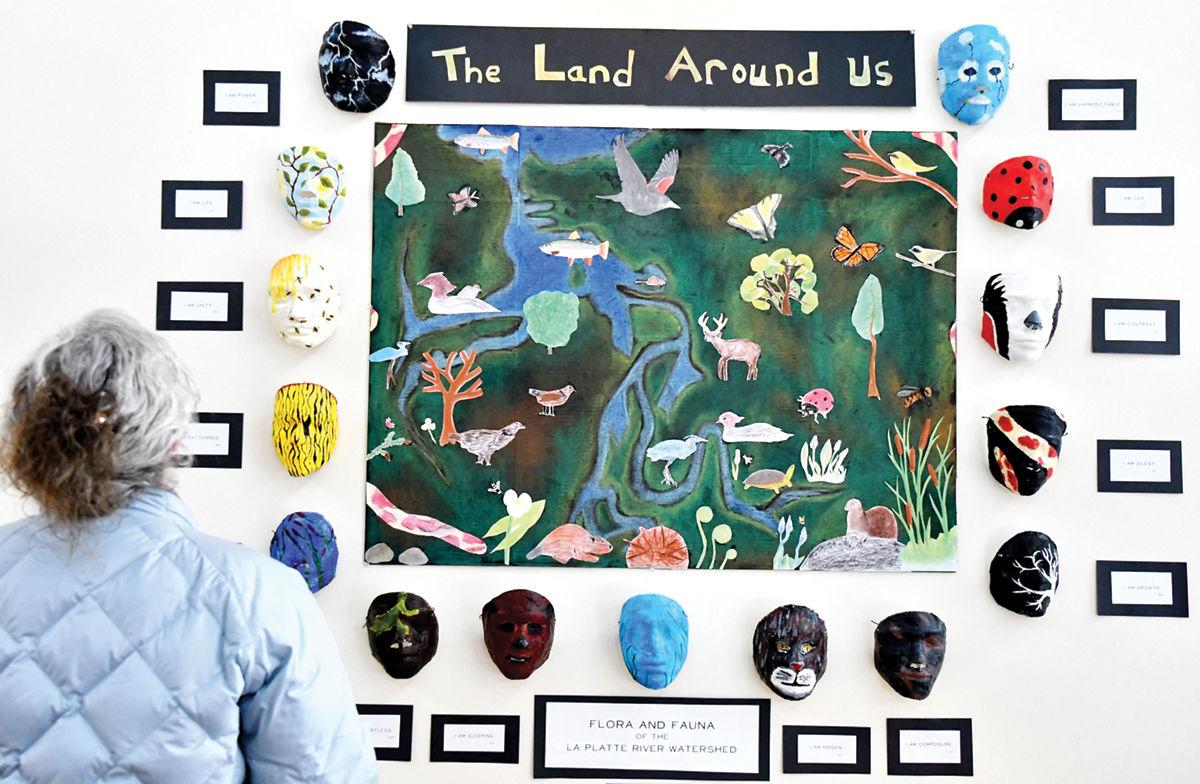 On Friday, Jan. 24, students, faculty and board members of the Lake Champlain Waldorf School participated in a Land Acknowledgement Ceremony created by students to honor the Abenaki Nation – whose land the school stands on – and to commit to stewarding the land with respect and care.

The event included an Abenaki creation story told by Chief Don Stevens of the Nulhegan Abenaki tribe, student recitation of poetry by Abenaki writers and the presentation of a multi-media art piece created by a student group as the culmination of their study of La Platte River Marsh Natural Area next to the school.

Attending this ceremony to mark this important occasion were elders of the Abenaki tribe, Don Stevens, Chief of the Nulhegan Abenaki Tribe and Roland Bluto, Nulhegan citizen, Hannah Epstein and Jack Markoski of the Nature Conservancy and Lee Krohn, town manager of Shelburne.

It was important to the Head of School, Jas Darland, that the school’s Land Acknowledgement be formed by students, in consultation with Abenaki elders. For three weeks, a group of eighth through 10th grade students in a class called World Migrations studied the movements of people across the planet, from the first migration of humans out of African through the contemporary refugee crisis.

A focus of the course was the movement of Native American tribes, first in seasonal migrations for millennia, then in forced migration to reservations, and in flight from the Eugenics movement, which sought to sterilize citizens deemed “undesireable” in the 1920s and 30s. Students also learned about the land around them that was used and protected by Abenaki people for many generations.

As part of their coursework, students met with Don Stevens chief of the Nulhegan Abenaki, walked the lands of both school campuses guided on the La Platte Marsh by the Nature Conservancy staff, learned about local plants and animals, and created a large-scale group art piece inspired by the flora and fauna of the lands around the school. They wrote a Land Acknowledgment on behalf of the Lake Champlain Waldorf School, naming the Abenaki tribe as the original people of the land, and stating their collective intention to be good stewards of the land the school now uses.

The Land Acknowledgement was approved by the Lake Champlain Waldorf School Board of Trustees on Jan. 23, and will now become part of the school’s culture and practice, spoken on special occasions as a reminder of the student and faculty’s obligations to the earth and the people who have tended it for generations.

Here is the statement the school adopted:

“We gather as the Lake Champlain Waldorf School Community, two campuses and one school, to acknowledge that we are on the unceded land of the Abenaki people who have cared for it for generations and continue to do so. Their relationship to the land calls us to learn to be better caretakers of the land ourselves. We pay our respects to the elders past and present. We honor with gratitude this land and all it gives us.”

On Friday, Jan. 24, students, faculty and board members of the Lake Champlain Waldorf School participated in a Land Acknowledgement Ceremony created by students to honor the Abenaki Nation – whose land the school stands on – and to commit to stewarding the land with respect and care.

Listening to third graders in Adam Giles’ class at the Shelburne Community School is a lesson in empathy.

Students deck the halls of the Shelburne Police Department

On Monday, Dec. 16, a group of third graders from Shelburne Community School went to the Shelburne Police Department to see their mural hung.