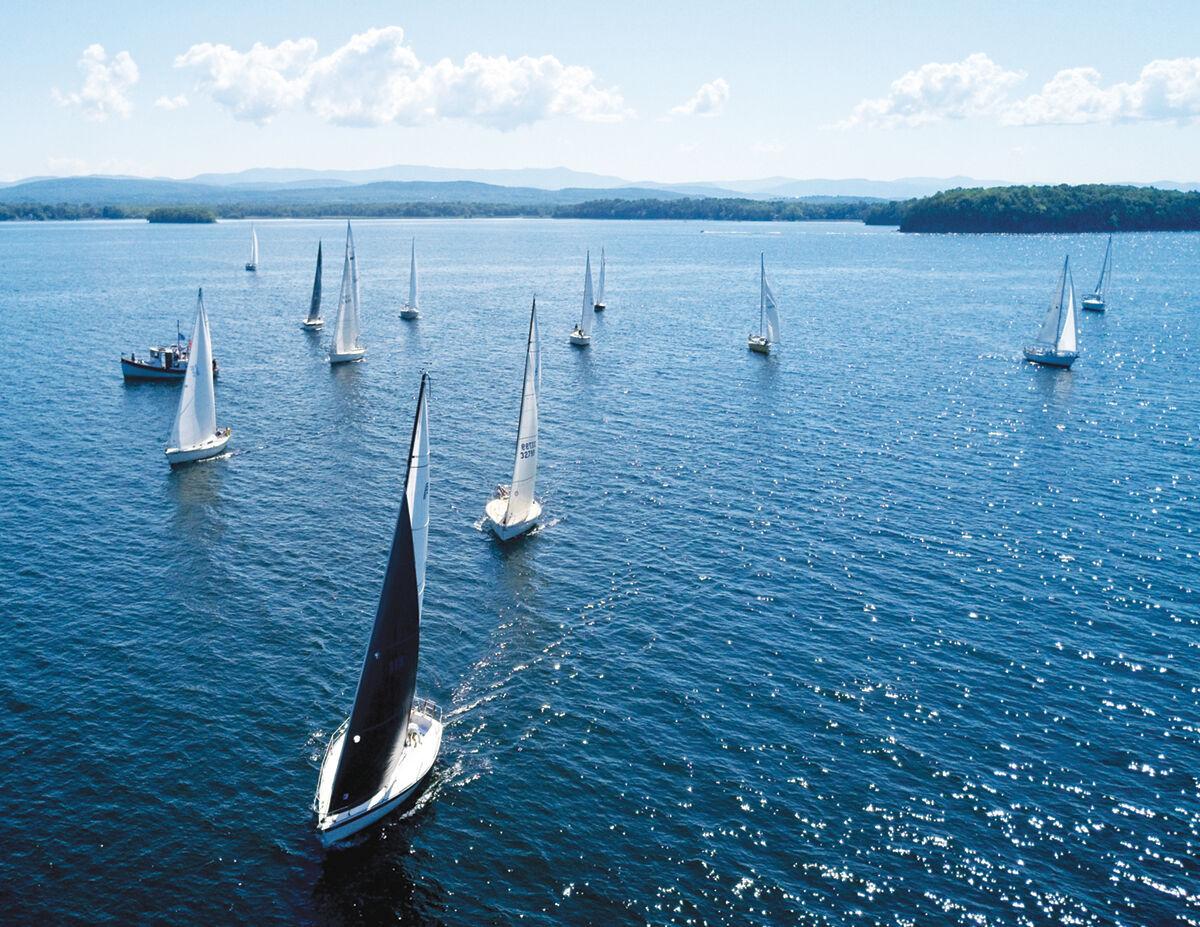 The start of the Jib & Main class during the 2020 Diamond Island Regatta in Town Farm Bay. 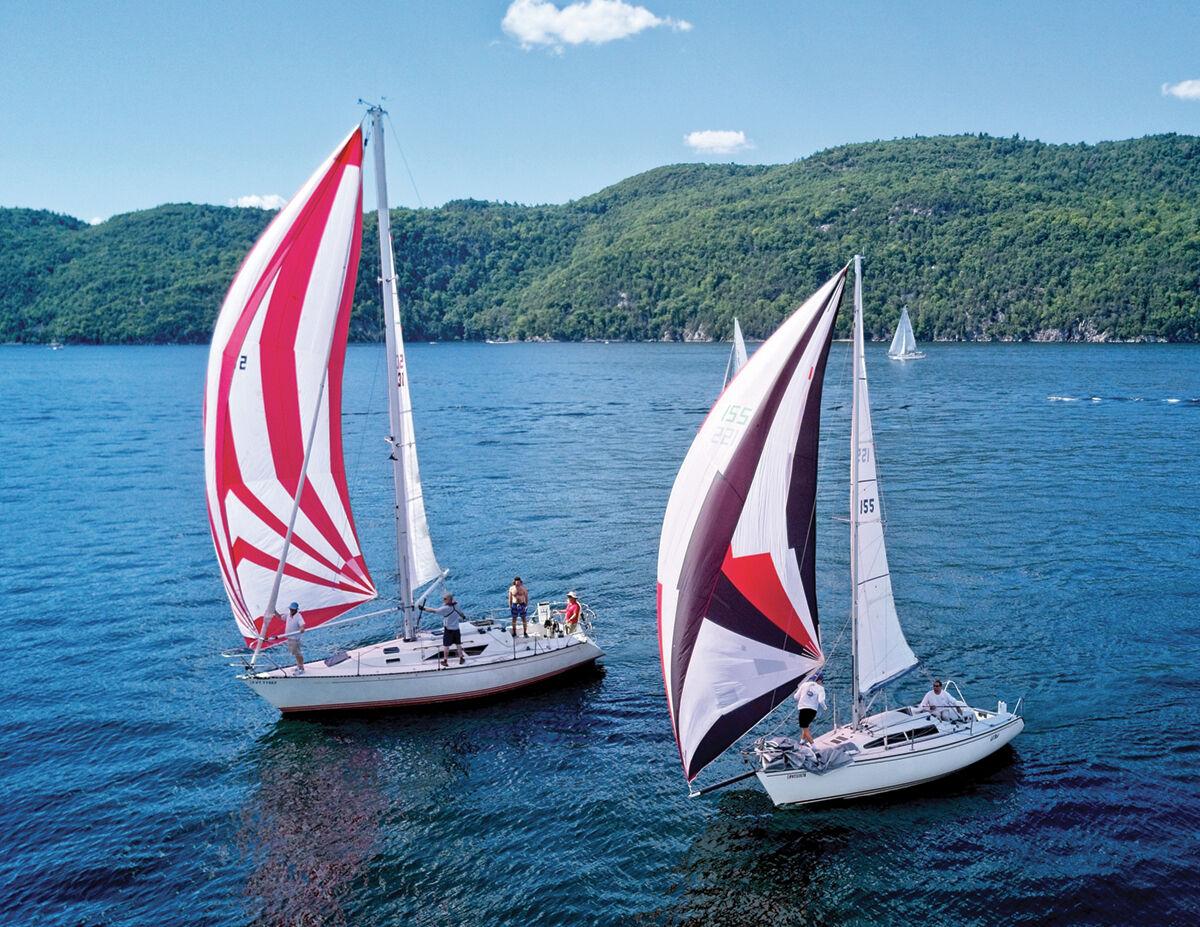 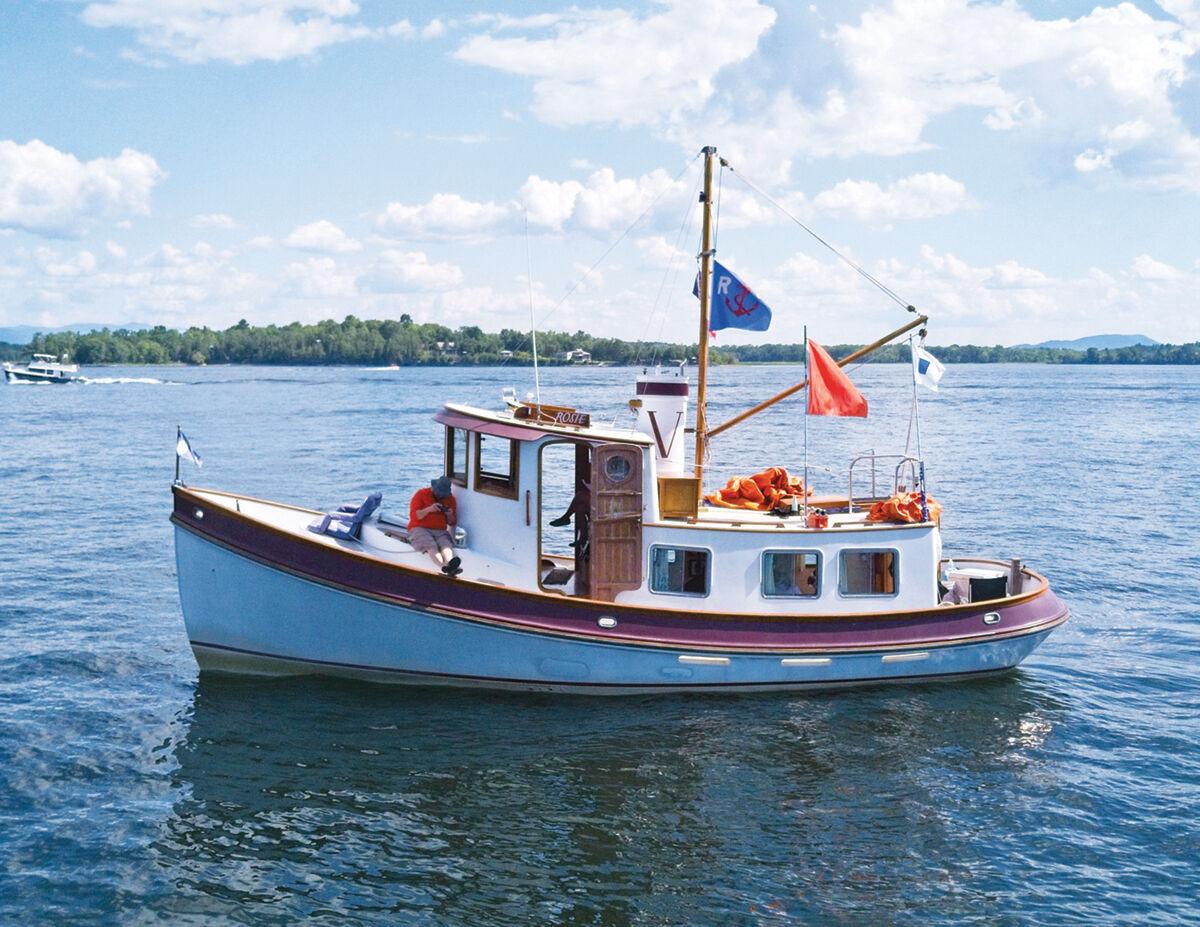 The start of the Jib & Main class during the 2020 Diamond Island Regatta in Town Farm Bay.

Sailors have a saying: “You can’t change the direction of the wind, but you can adjust your sails.”

This year, the Royal Savage Yacht Club’s signature sailboat racing event, the Diamond Island Regatta, looked a bit different due to COVID-19, but then sailors seem to find ways to adjust to winds of change.

Twenty-two boats gathered in Town Farm Bay in Charlotte on Saturday, Aug. 15, with some sailing from as far away as Plattsburgh and Mallets Bay to compete.

Gone were the traditional pre-race breakfast and post-race awards ceremony, the presentation from the Lake Champlain Maritime Museum, the fundraising raffle, T-shirt sales, dinner or party.

What did take place was a challenging race as members from four different yacht clubs competed. Many boats’ crews were limited this year to small family groups in response to concerns over the pandemic.

The 6.5-nautical-mile course took sailors from the start near Macdonough Point (off Kingsland Bay State Park in Ferrisburgh) upwind to Sloop Island (off Charlotte) and then downwind for a finish at Diamond Island.

The race was overseen by Diamond Island Regatta Race Director Wendy Friant from the Lord Nelson Tug Rosie owned and captained by Will and Kathleen Patten and was supported by mark boats owned and operated by Russ Fowler and Paul Lamberson. A myriad of other volunteers worked on the event.

First over the line and taking top honors in the Spinnaker A Class was Odinn, a J/111 owned and skippered by Kjell Dahlen of the Valcour Sailing Club. The Spinnaker B Class was won by Marc and Cindy Turcotte of the Mallets Bay Boat Club with their boat Enki, a C&C 99. Host club RSYC captured the remaining classes, with the Spinnaker C class going to Lil’Bot, a Santana 2023 sailed by the father and son team of Benedek and Botond Erdos; the Jib and Main A class to Spirit, a Pearson Flyer 30 helmed by Steve Koch; and the Jib and Main B class to Tim and Betsy Etchells sailing Mackinac, their Pearson 32. The Lake Champlain Yacht Club captured second in Spin A and third in Spin B.

Full results can be found on the Royal Savage Yacht Club’s website: rsyc.org/diamond-island-regatta-results-for-2020.