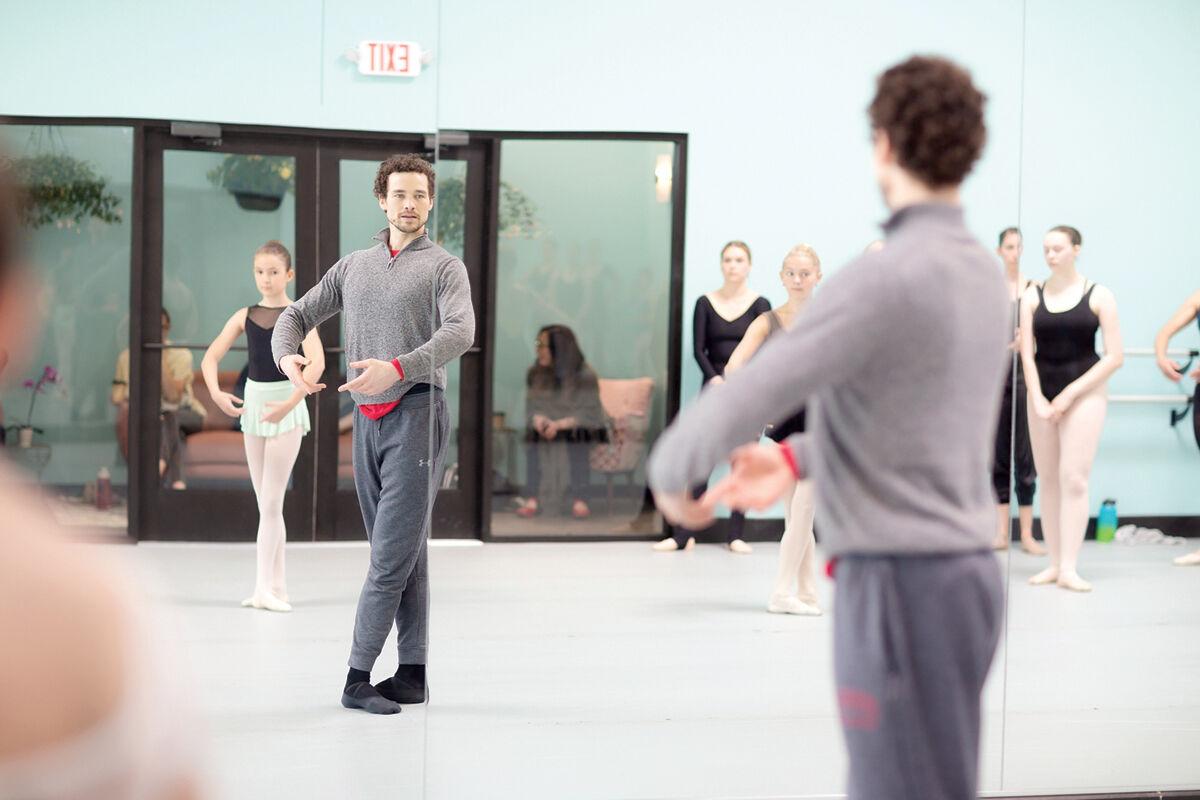 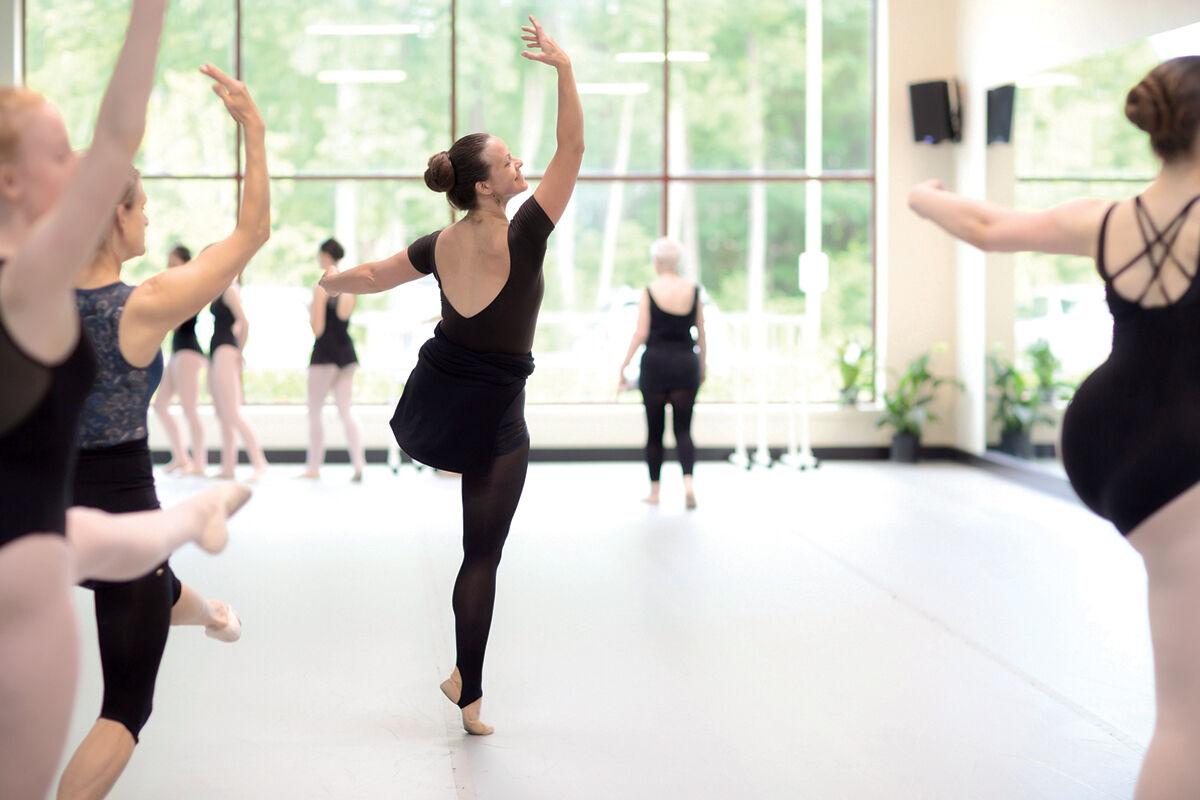 Dancers take a ballet class without masks at the Lines Studio before COVID-19. 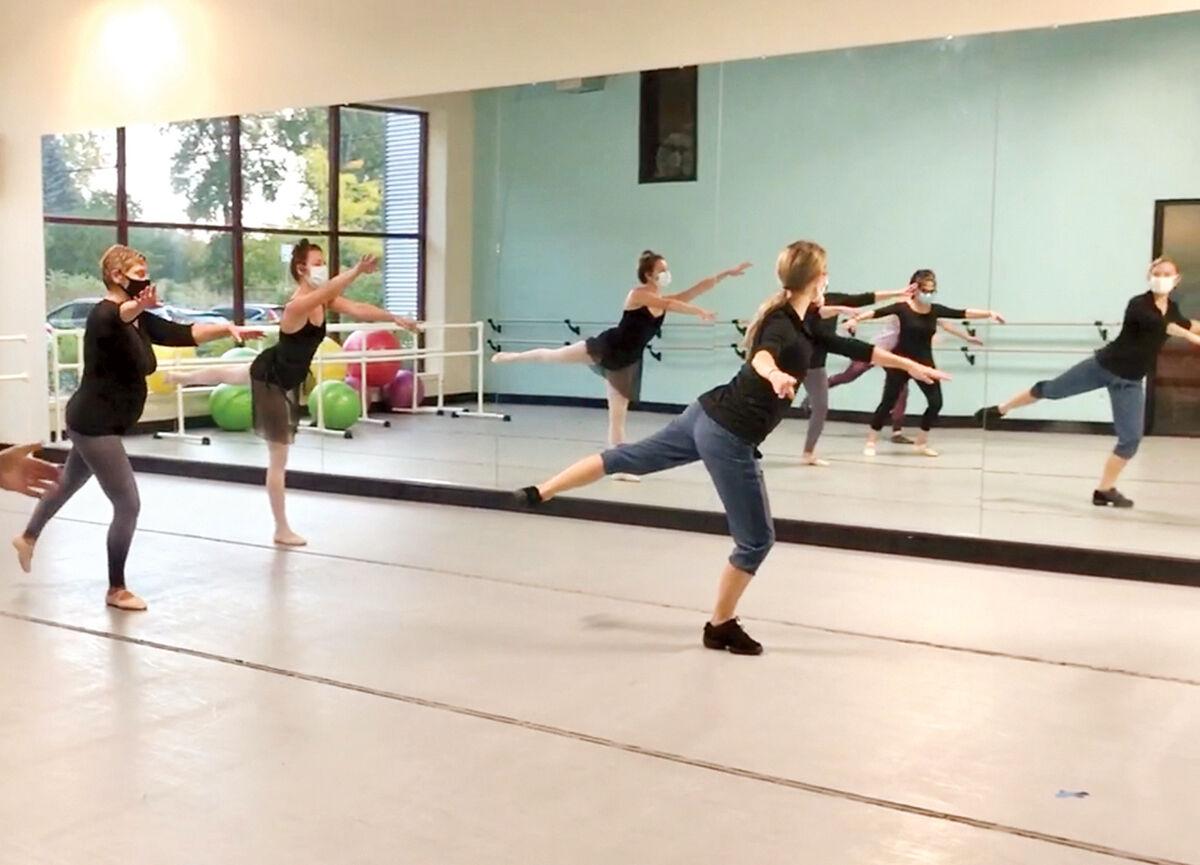 Dancers take a ballet class without masks at the Lines Studio before COVID-19.

That’s why Stearns and Buechner Carney are on a mission to bring diversity to their dance studio. And the duo is putting their money where their mouths are, creating a scholarship for aspiring teenage ballet dancers of color.

“It was sort of the perfect storm of all of the conversations about supporting Black Lives Matter after George Floyd’s Death. We knew that we wanted to support the movement,” Stearns said.

One day, a young woman of color came to the studio to take a ballet class.

“She shared with the teacher that before she goes into any establishment, she feels that she has to do a lot of research on that establishment to make sure that she’s entering an environment that feels safe to her and will not present her with lots of microaggressions and painful experiences,” Stearns said.

The dancer asked the studio to consider offering discounted rates to people of color.

“That idea intrigued us, but we just felt we could be a little bit more targeted with it like how can we make sure that if we do something like this it’s going to have the biggest impact in the way that will most benefit the dance world,” Stearns said.

So, Stearns and Buechner Carney called on Lacretia Flash, their former dance classmate, and assistant vice president of diversity and inclusion at Berklee College of Music to help them as a diversity consultant.

Together the trio set out to investigate the best way to make inclusive and lasting changes at the studio.

Flash met with the studio owners via Zoom and gave them a homework assignment to get the ball rolling. Stearns and Buechner Carney were to look at the Black Lives Matter Capsule — a free resource created by a Berklee colleague with information on the history of race in the U.S., the role of whiteness and how to be an ally, Flash said.

“I’m an educator by training, so I felt like it’s not just about finding the answers but really sharing good information so that people are grounded in the context, and just some deeper knowledge of what the complexity of the issues are,” Flash said.

She and the studio owners talked values, mission, priorities and how to pair those with their goals.

“They need to be able to do something that is sustainable and in alignment, not just the band aid solution for the moment,” Flash said.

Stearns and Buechner Carney liked the idea of a scholarship and started brainstorming an approach for greater access to dance classes, Flash said.

Around the same time, a donation was made to the studio, to help it during COVID-19. Stearns and Buechner Carney felt a good way to use it would be to create the Diversity in Dance scholarship.

But so far, there haven’t been any applicants, Stearns said.

Vermont is the second whitest state in the nation, and ways to break down barriers and demonstrate that ballet is for all is a question the store owners said they are still trying to solve.

“We’re just hoping that we will have applicants,” Stearns said. She added that when the studio announced the diversity scholarship there was an outpouring of support and donations that doubled the fund.

But the studio owners are also taking more proactive approaches. Buechner Carney has been sure to carry an array of skin toned tights and shoes in the store.

Representation is as important in dance as all other areas. And it’s something Flash, the studio owners and Ronni Favors of the Alvin Ailey dance company ballet has lacked for a while.

“As these traditions were important to the United States, the visual representation hued to these eccentric roots,” Favors said. But she believes economics and racism can also be factored in.

In the U.S. claims were made that Black bodies weren’t suitable for classical ballet because they were too curvy, or that Black feet wouldn’t arch properly, Favors said.

Then there’s the lack of representation, with Black ballerinas a minority, she said.

She joined the Lar Lubovitch Dance Company, despite people telling her there weren’t Black dancers.

“When I mentioned to Lar what I had heard, he said, ‘I don’t hire any black dancers because black dancers don’t come audition for me,’” Favors said.

She joined and witnessed the company become more diverse over time.

“It’s so important to have relevant and visible role models to enable you to expand your vision about what is possible for oneself,” she said.

Flash, too, said she was nervous to take her first ballet class. She was 30 years old when she took the plunge.

“It’s such a beautiful artform and I had always been curious about it, but it never felt like it was something that was available to me,” she said. “I remember just my own nervousness. The first time I walked into the studio, wondering, ‘Would people look at me funny, would I be accepted?’”

She believes representation will help break those barriers.

“Ballet, on a good day, is incredibly demanding. People are screened out who are wonderful dancers, all the time, for whatever reason. I do think that the more we can widen exposure it allows more people to see this as a possibility for themselves,” Flash said.

Just like dance, diversity work is a never-ending practice.

“This work around creating a more inclusive welcoming equitable space, it is a discipline just like ballet is, it doesn’t stop once you think you’ve mastered it you just have to keep on going and get even better,” Flash said.