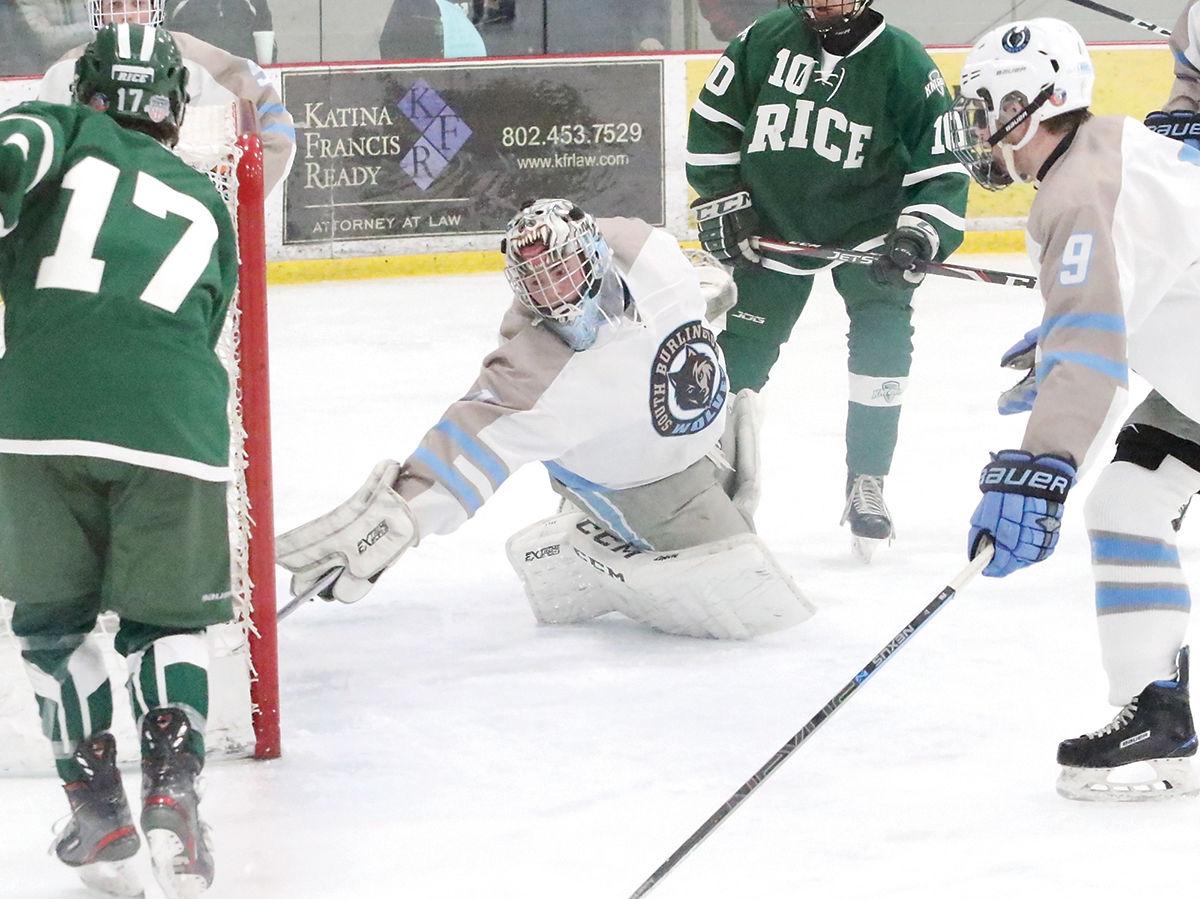 Logan Riddle, South Burlington junior, tries to sweep for one of the 33 saves made. Rice ultimately won, though, with a final score of 5-2. 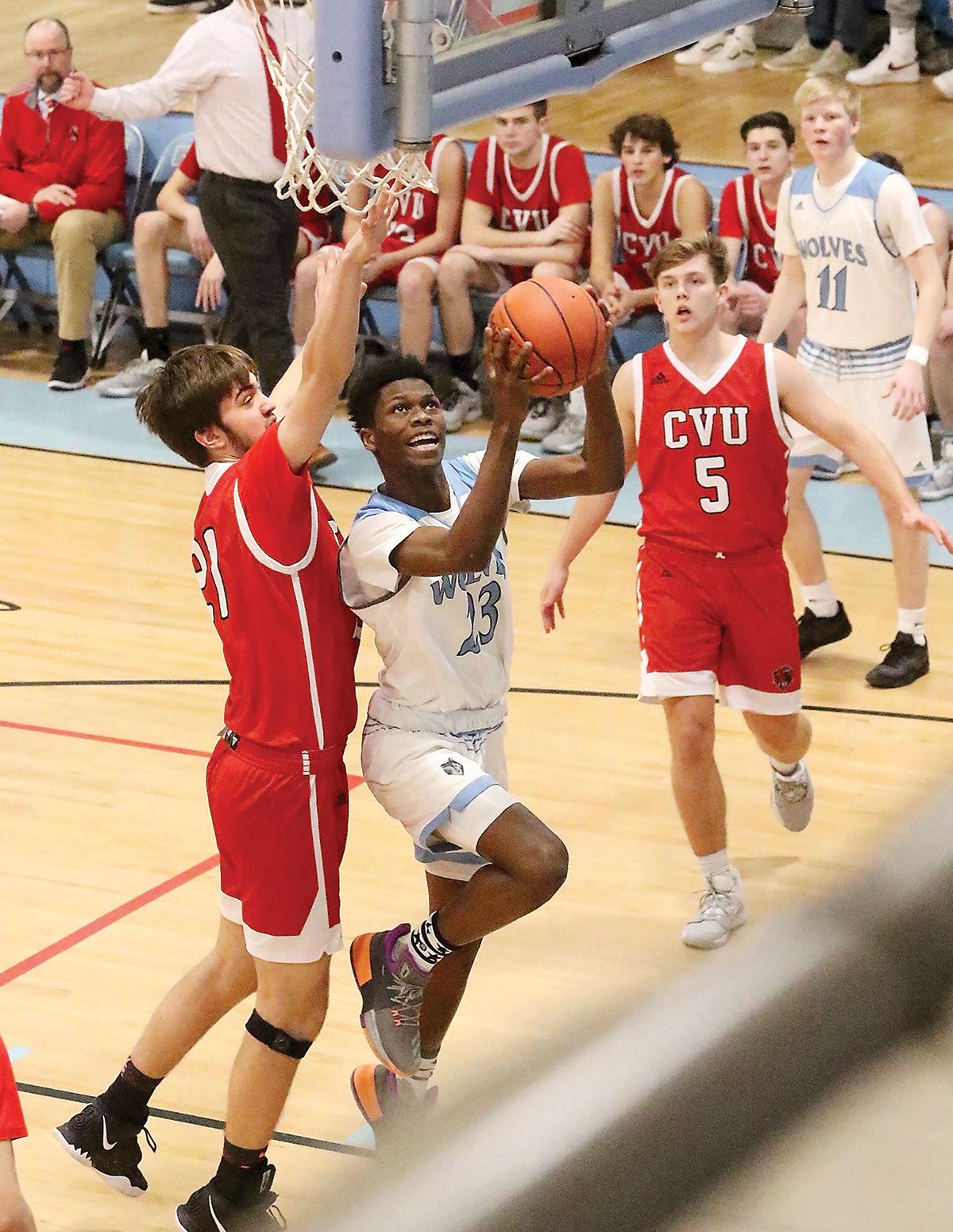 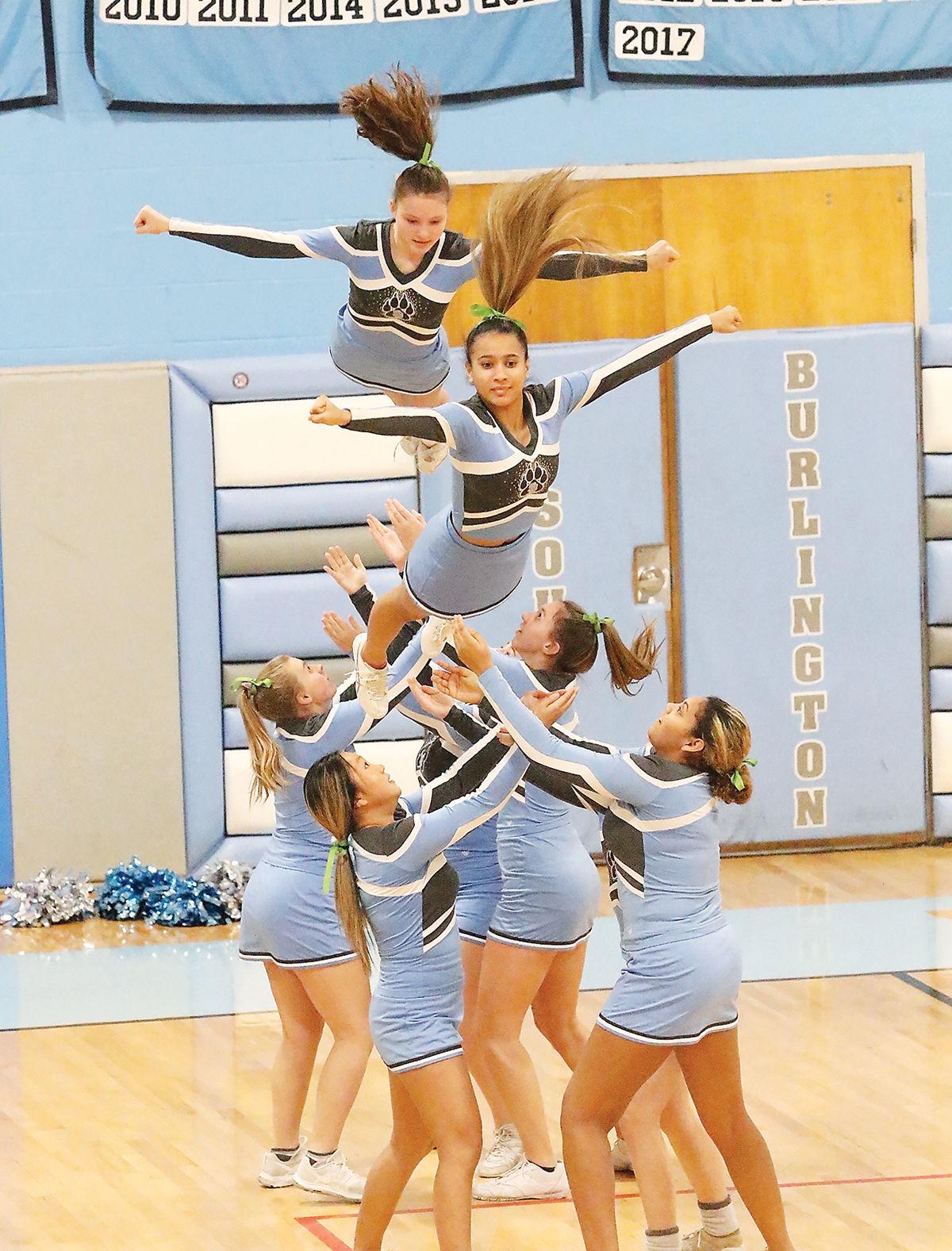 Members of the Cheer team fly high at the South Burlington/CVU basketball game.

Logan Riddle, South Burlington junior, tries to sweep for one of the 33 saves made. Rice ultimately won, though, with a final score of 5-2.

Members of the Cheer team fly high at the South Burlington/CVU basketball game.

Fay’s game-winner capped off his hat trick performance for the Wolves, who trailed 3-1 entering the third period. Zack Erickson tallied twice for South Burlington (3-5) and Will Hershberg added a goal.

It was a nice rebound for the Wolves, who fell to Rice 5-2 on Wednesday, Jan. 8.

Isaac Touoin and Ray Thibeault each had a goal in the loss and Logan Riddle made 33 saves for South Burlington.

Parker finished with 21 points to lead the Wolves (6-3), while Devante Jackson added 14 points. Tyler Gammons added a double-double with 11 points and 11 rebounds.

It was the second win in two days for South Burlington, who beat Champlain Valley 64-48 on Tuesday, Jan. 7.

Parker had 16 points in that contest while Khalon Tayler chipped in with nine points. Three other scorers had eight points each for the Wolves.

Woodstock 1, South Burlington 0: Lyssa Tan made 31 saves but it was not enough to hold off Woodstock in a loss on Saturday, Jan. 11.

Allie Cimis had the lone goal for the Wasps.

The Wolves fall to 1-3 with the loss.

Tan had another high-save mark on Wednesday, Jan. 8, in a loss to BFA-St. Albans.

Members of the Wolves’ cheer team compete in the NVAC Cheerleading Competition in South Burlington on Jan. 25.