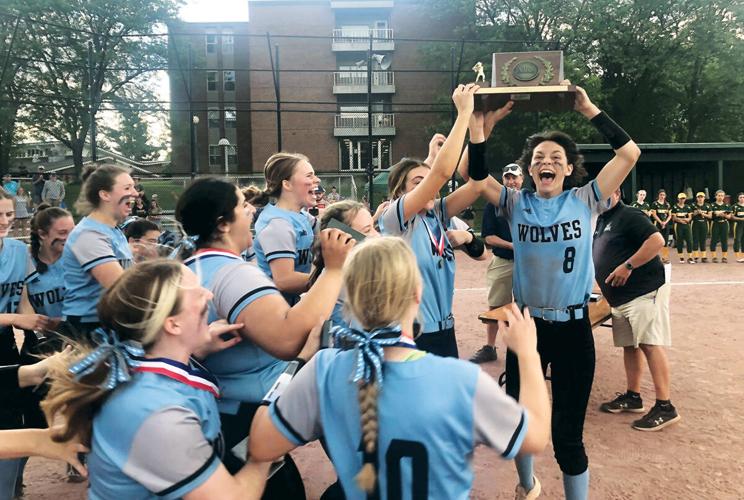 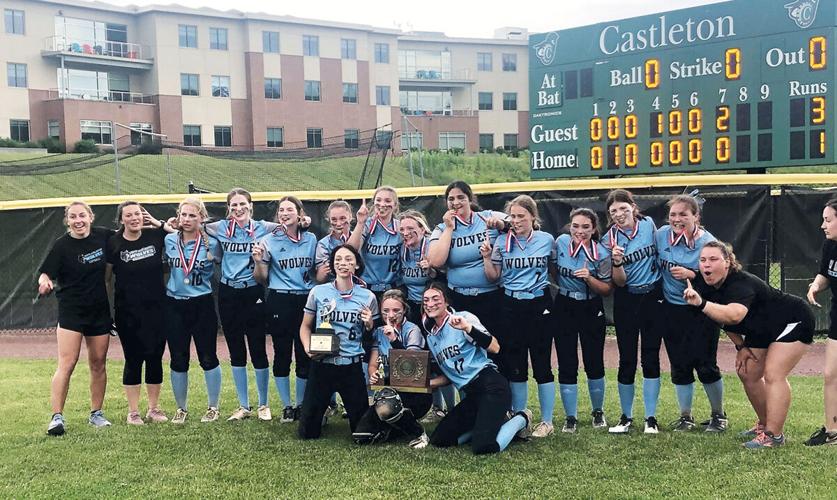 Tensions were high at the Division I softball championship game in Castleton.

Top-seed BFA-St. Albans and No. 2 South Burlington were locked in a tight, low-scoring battle.

“It could be the Emily Borrazzo show and it’s not. Emily is the most selfless player ever,” South Burlington coach Hailey Reilly said. “I think the team looks to her for that and feels bolstered by that positivity and that selflessness.”

With the game tied 1-1 in the top of the seventh and the bases loaded for the Wolves, Borrazzo stepped to the plate a delivered a double to drive in two runs and give her team the 3-1 lead.

“I’ve always known how good Emily was and the amount of time she’s clutched up for us is insane,” senior captain Sofia Richland said. “She does so well under pressure…she knows what she needs to do and when she needs to do it.”

Then, as the Comets tried to salvage their unbeaten season and their title hopes, Borrazzo struck out the side to clinch South Burlington’s first-ever state title in DI softball.

“Right now, I’m just trying to live in the moment and just look back on everything and be so proud of what we’ve done as a team,” Borrazzo said. “I’m just really excited.”

South Burlington entered Sunday’s game as the underdog, playing in its first championship game. But the Wolves faced BFA-St. Albans, the two-time defending state champs and undefeated coming into the game.

The Comets took advantage of their experience to get on the board first, scoring a run in the second. But a fantastic defensive play from South Burlington third baseman Miah Lafayette, who caught a pop-out bunt attempt and threw out the runner trying to advance to third, turning the double play, kept the game at 1-0.

Team defense and Borrazzo kept BFA off the board.

“I looked at my assistant coach in the third inning and I was like, wait, I forgot that they had a run because it didn’t feel like we were down because we were so energized and so confident,” Reilly said. “I think that was important for us because we didn’t let ourselves like get back on our heels.

South Burlington found its offense in the fourth inning, after a leadoff single from Emma Stevens gave the team a base runner. Cait Bartlett dropped a sacrifice bunt to advance Stevens to second and Sana AL Namee reached on an error to advance her to third. Jordan Larose drove in the tying run with a ground out.

“We focused on hitting like all week,” Reilly said. “We all knew hitting would change the game for us. We trusted our defense, but we knew if we don’t hit, it’s going to be a whole different game.”

BFA threatened to retake the lead in bottom of the fourth but another standout defensive play from Lafayette —a diving catch on a pop up down the line — ended another Comet rally.

“We knew we’d have to go for those big balls and Miah showed up for us so big today,” Reilly said. “All week, we’ve been saying it’s the last game we play together, and we have to go all out for everything. So don’t wait until the seventh inning to try for a ball.”

With the game tied 1-1, Borrazzo went to work. The junior pitcher — just named the Gatorade Softball Player for the Year for Vermont — did not allow the Comets to get another hit.

South Burlington started a rally in the top of the seventh with a single from Larose. Lafayette followed with a bunt single, and Richland loaded the bases after drawing a walk. After a fielder’s choice eliminated one runner, Borrazzo stepped up and hit a double up the left side of the infield to drive in two runs.

Then Borrazzo struck out all three batters in the bottom of the inning.

“It’s definitely been a very historic year,” Richland said. “We’ve made so, so, so much history this year, like beating Essex, beating MVU and now winning the championship and against the undefeated team too. It’s absolutely insane.”