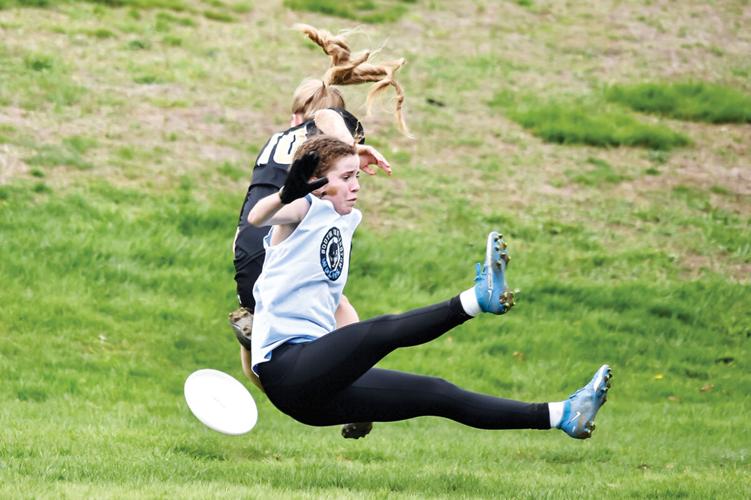 South Burlington’s Emma Cooley and Montpelier’s Susha Beniot collide while racing for the disc during the Wolves’ game against the Solons in South Burlington on May 3. 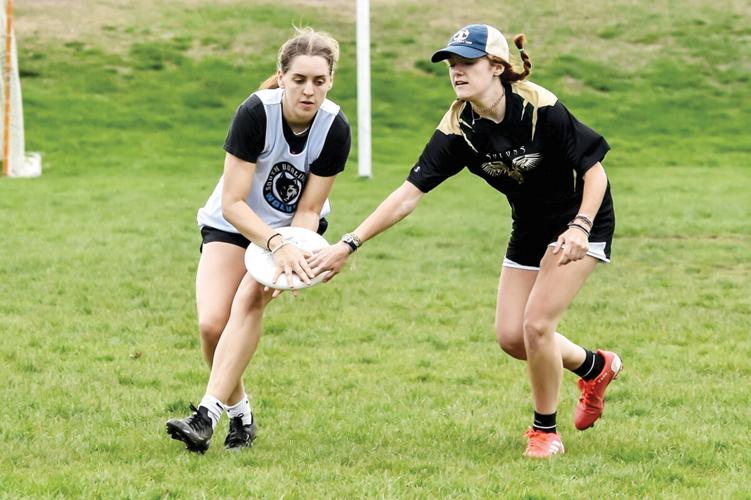 South Burlington’s Emma Cooley and Montpelier’s Susha Beniot collide while racing for the disc during the Wolves’ game against the Solons in South Burlington on May 3.

Stevens allowed three runs and struck out seven in five innings of work, while also scoring three runs and adding an RBI. Emily Borrazzo was 3-for-4 with three RBIs and two runs and Tori Smith had an RBI.

It was the second win in a row for the Wolves, who beat North Country 14-0 Thursday.

Borrazzo got the win. She allowed just one hit and struck out 12 in five innings. Sofie Richland scored two runs and Miah Lafayette went 2-for-3 with three RBIs and three runs.

With the win, South Burlington is 4-5.

The Wolves also took on Mount Anthony during the week, falling to the Patriots on Thursday 4-0.

South Burlington 16, Essex 6: Mercedes Rozzi had a seven-point game in a win over Essex Friday in lacrosse.

Rozzi scored four goals and dished out three assists for the Wolves, Miranda Hayes had a hat trick and two assists and Rachel Kelley and Sam Crane each had three goals.

Sriram Sethuraman, Will Bradley and Mayeo Duracek each got a win in singles, while Yuyang Zhry and James Bradley and Robin Hokenmeir and Nicolas Charelbois won in doubles action.

Burlington 11, South Burlington 9: The team surrendered a lead in a loss to Burlington last Thursday.

Emma Cooley had three goals for the Wolves, who led 7-4 before Burlington made a comeback. Moriya Gelfenbein added two goals and two assists, while Liz Toupin tallied twice for South Burlington.

Stowe 5, South Burlington 2: The girls struggled in singles as they fell to Stowe on Saturday, May 7.

The Wolves lost all five singles matches to the Raiders but got two wins in doubles. Lilla Erdos and Winnie Aelamson won in No. 1 doubles and Ivey Howard and Ranjani Sethuraman were victorious in No. 2 doubles.