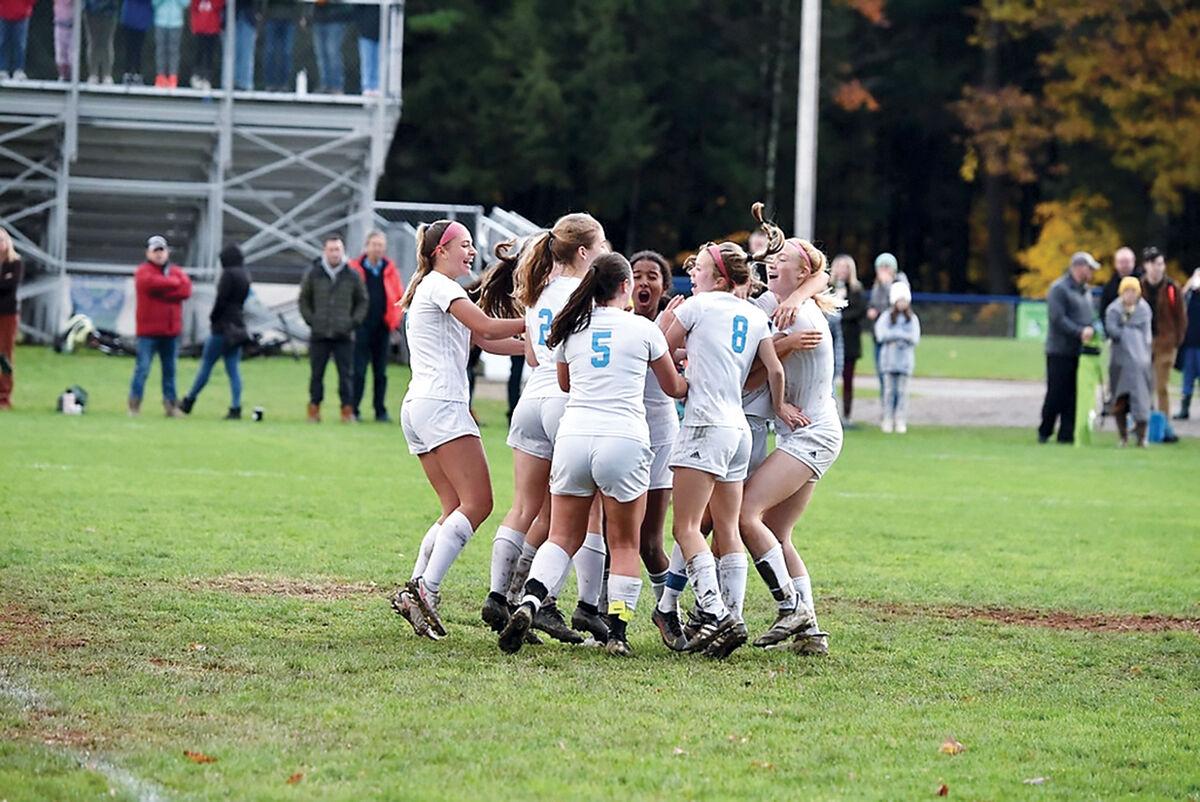 The South Burlington girls’ soccer team celebrates after winning a slot in the Division I championship game. 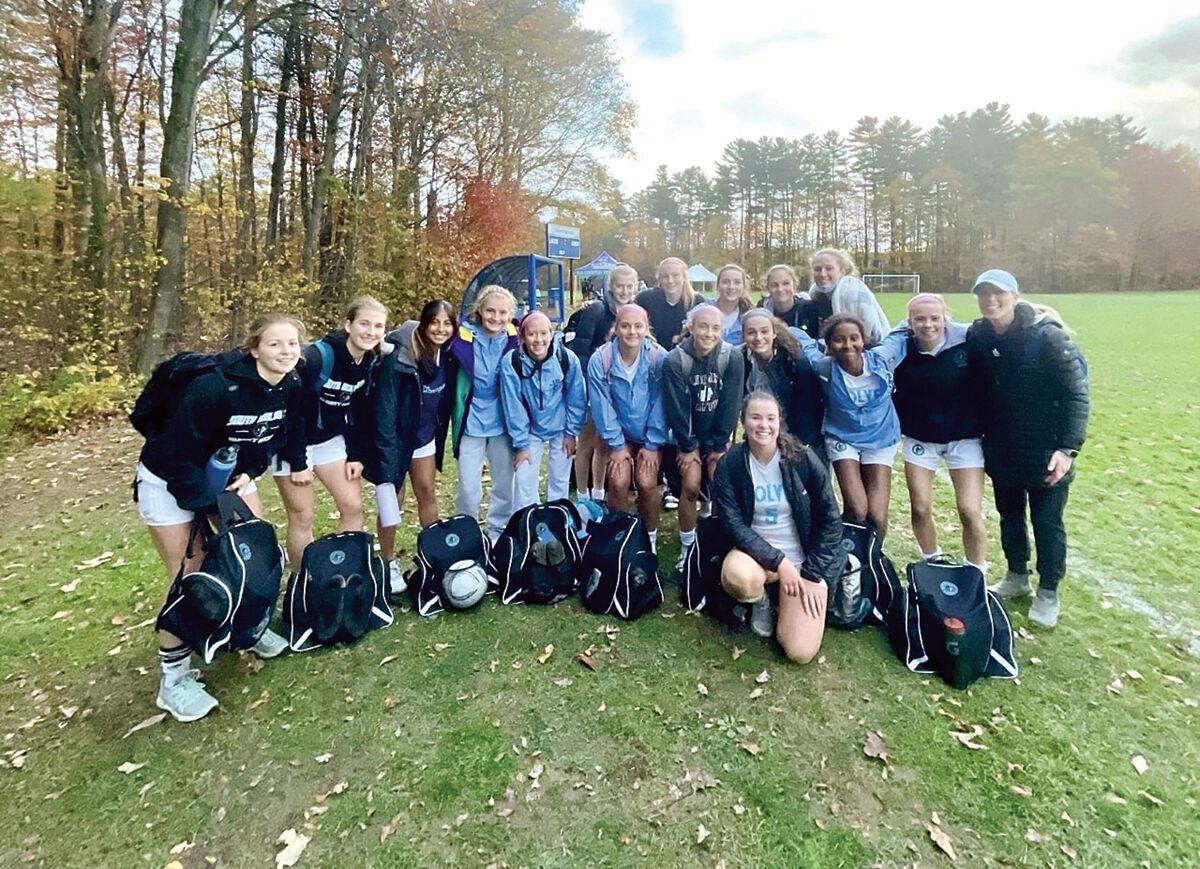 The South Burlington girls’ soccer team celebrates after winning a slot in the Division I championship game.

Before heading to the goal for the penalty kick shootout that would decide the Division I girls’ tournament championship, South Burlington goalkeeper Mercedes Rozzi took out a piece of paper and studied.

On it was the senior keeper’s plan for the shootout. Whatever was written on that paper, the plan worked.

Rozzi stopped four of five penalty shots and the Wolves captured the D-I state title on Saturday, Nov. 6, at Burlington High School after beating top-seed Champlain Valley 2-1 in the shootout by the two teams played a scoreless regulation and overtime.

“I wrote that this morning and I threw it in my coach’s notebook, Rozzi said. “It was a strategy that was told to me yesterday and it was proven successful.

“It raised my confidence, especially with the last one. When I knew if I made the save, we won, I knew I could do it. And I was just so happy that I made the final save.”

It was the second Division I title in a row for No. 6 South Burlington, who beat the Redhawks in the state finals last season.

“We definitely knew we could beat them,” said South Burlington senior Greta Heldman. “I think that helped us win. It’s great. It’s exciting.”

After the two teams battled to a scoreless tie in regulation, the teams headed to OT. South Burlington and Champlain Valley traded possession but after 30 minutes, the two teams were still tied 0-0.

The D-I state final was headed to penalty kicks and the Wolves were confident with their senior keeper in net.

“She had this whole Zen focus, all these notes she took, and she was like, ‘This is my game, I’m going to do this for the team,’” said South Burlington coach Lindsay Austin-Hawley. “She knew she had to do it for the team. She had a team on her back.”

Rozzi made a save on the first shot from Champlain Valley but then saw Emma Crum step up and score on the second shot.

After South Burligton’s first two kickers had missed their shots, Crum’s score gave the Redhawks a lead in the shootout.

Rozzi would not allow another goal. She stopped the next three shooters to give her team the win.

On the South Burlington side, Heldman scored on her shot and Ava Hamme found the back of the net to secure a lead for the Wolves.

Then Rozzi stepped up and made the save on the final CVU shot to secure the title.

“Back-to-back state champs. It feels amazing,” Rozzi said. “I couldn’t be more thankful for the teammates that I have with me. They obviously pushed me every day at practice. Good shooters make a better goalie.

“That dedication, grit and that strive for something great has always been with this team the entire season.”

Part of that grit was a defensive effort that shutdown the top-seeded Redhawks potent offense. The defense relied on the senior leadership of Heldman and Sylvia Burkman, along with the youth and speed of sophomore Anna Bennett and first-year Yorda Gebreselasie, to keep the CVU players from getting a good look at goal.

What looks they did get, Rozzi was there to stop.

“It all came down to communication. That’s all we talked about last couple of days is that you guys have come so far from day one,” said Austin-Hawley. “Yorda is a freshman in the back, that’s awesome. It is Anna Bennet’s first year playing outside back. So if your work rates there and your communications there, you’re going to be successful. It worked great.”

While the Wolves were stalwart at the back, Rachel Kelley provided enough offense to keep CVU on its toes. The tall sophomore forward hit a post in the second half and sent a shot just over the bar in overtime to nearly give South Burlington a win.

“I’m really happy for them to have this experience,” the coach said. “We talked a lot about how this could be a once-in-a-lifetime experience. Let’s cherish this and really push through and do the best that we can to leave it out all on the field.”

South Burlington finished with a 12-4-2 record.