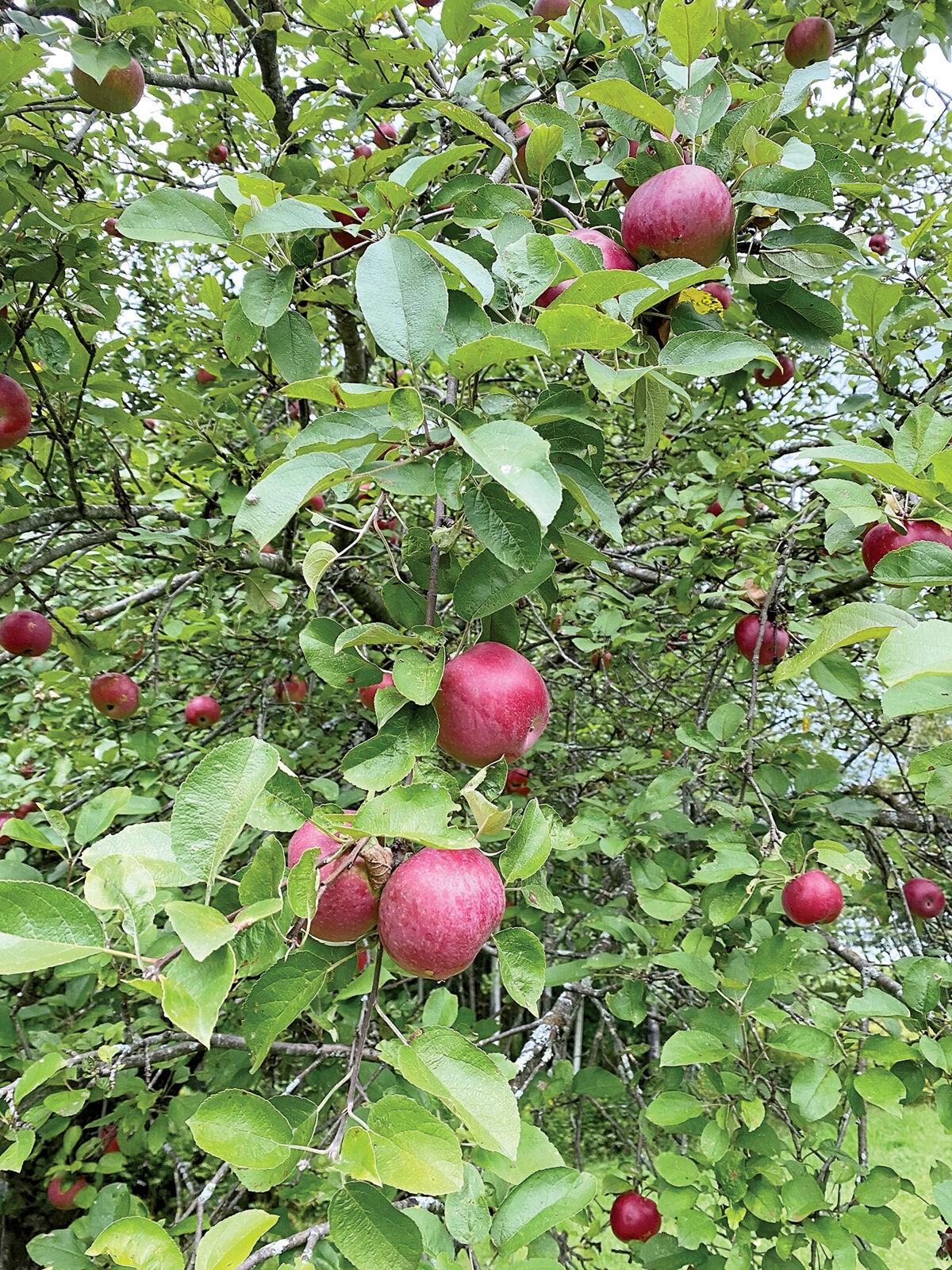 McIntosh apples, developed in the 19th century, are especially good for eating and applesauce, and still popular in Vermont today. 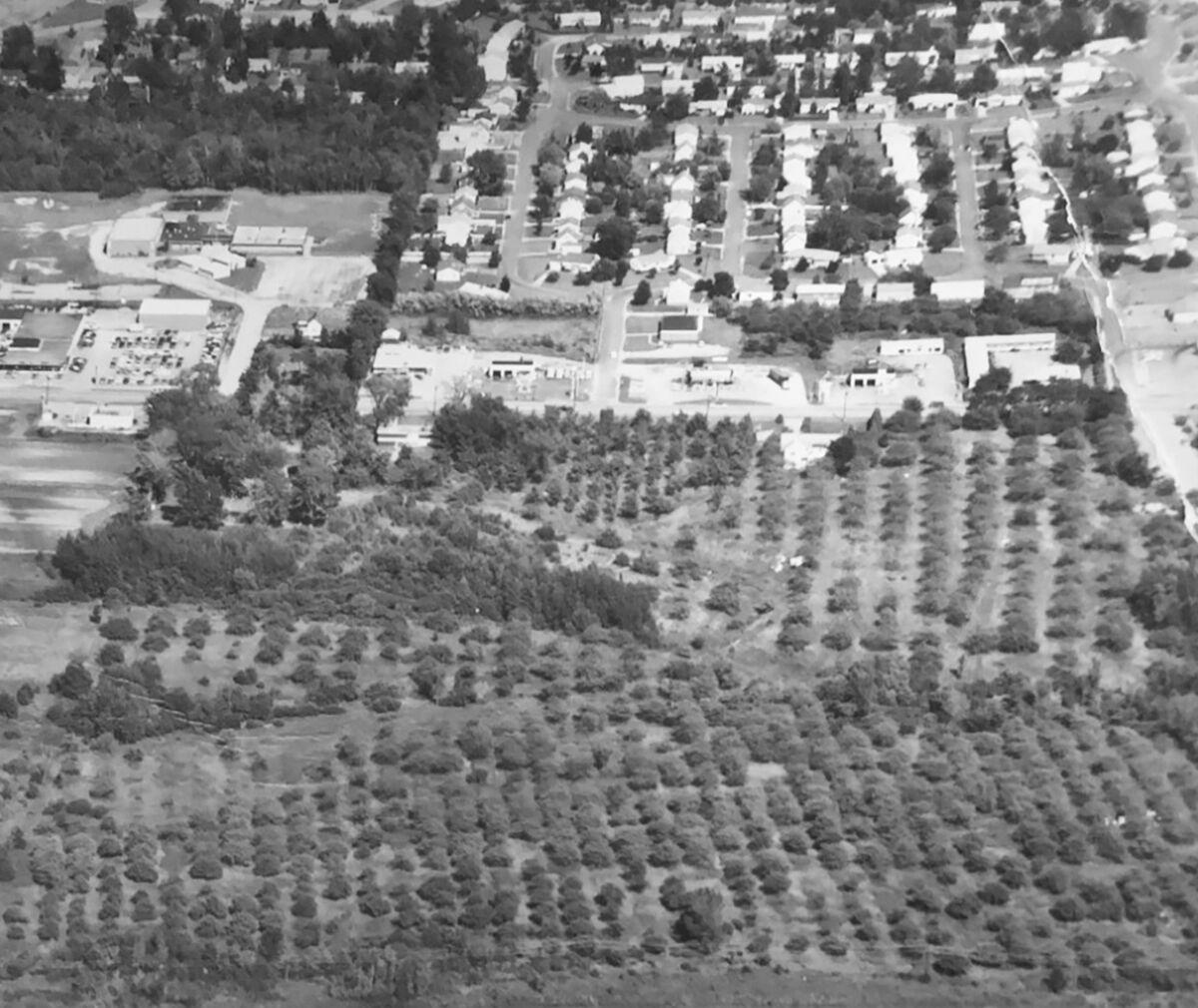 Aerial photo of the Twin Orchard Park neighborhood in 1968, with Orchard School in the upper left corner. Note that there is still another orchard on the west side of Shelburne Road in the foreground of the photo that has since been developed. 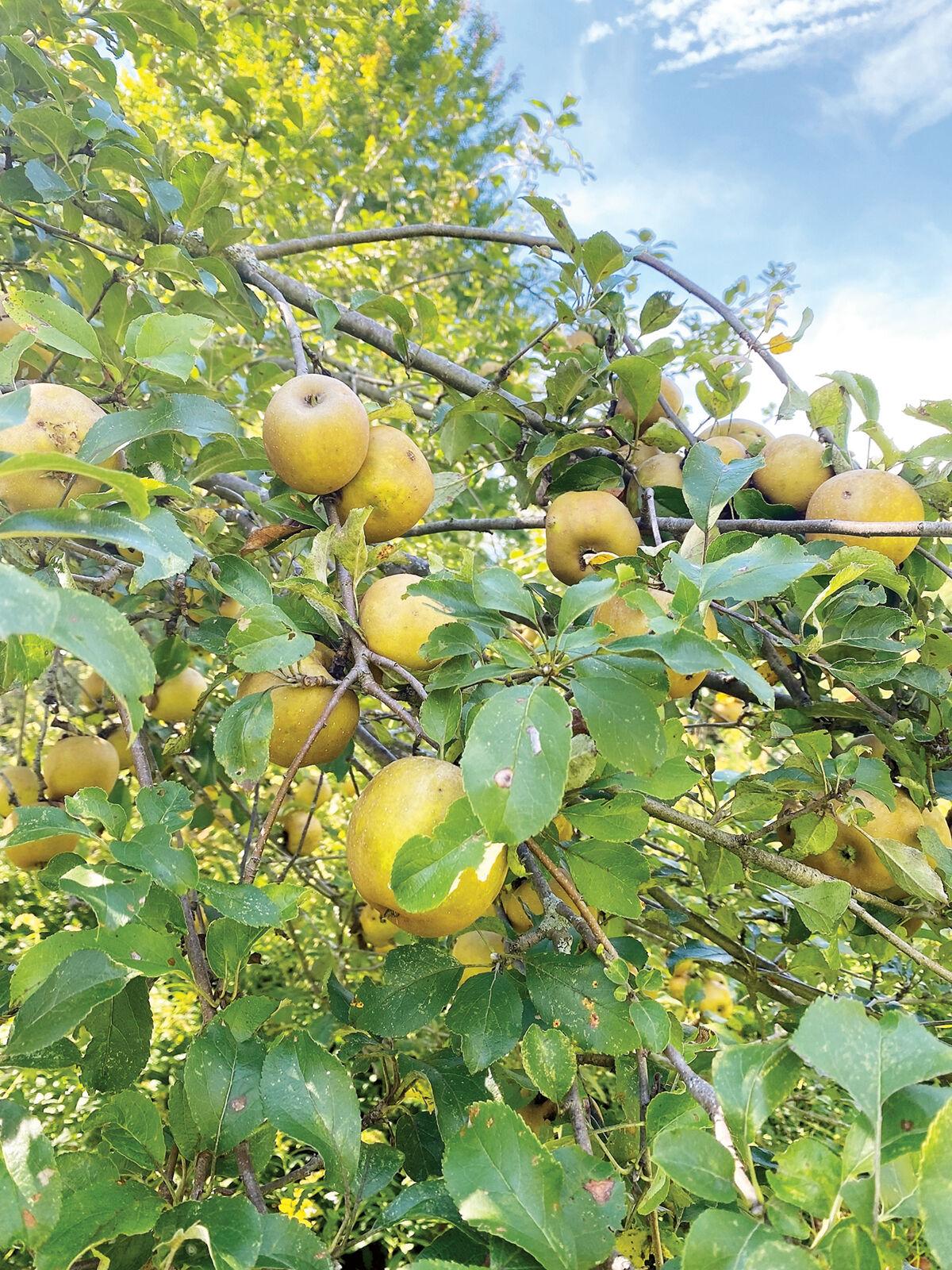 Russet apples, related to the oldest known variety developed in the U.S., are known to be very good keepers in farmhouse cellars and prized for cider.

McIntosh apples, developed in the 19th century, are especially good for eating and applesauce, and still popular in Vermont today.

Aerial photo of the Twin Orchard Park neighborhood in 1968, with Orchard School in the upper left corner. Note that there is still another orchard on the west side of Shelburne Road in the foreground of the photo that has since been developed.

Russet apples, related to the oldest known variety developed in the U.S., are known to be very good keepers in farmhouse cellars and prized for cider.

Q: How has the role of apple trees in the Vermont landscape changed through time?

As I walked an abandoned hill farm recently, I paused to take in the old cellar hole and its companion — a gnarly apple tree. The research project I was doing for a local community group included mapping the 19th-century features. The cellar hole likely fit the bill, with its modest footprint, no mortar between the foundation stones, and its proximity to a late-19th-century-style bank barn foundation.

Circling the cellar hole, I imagined the old wooden farmhouse held above ground by the stonework. But with the dooryard apple tree, I also remembered the foundation’s other purpose — food storage. It is likely that the apples from this tree were picked each fall and stored in the cellar to nourish the farm family through the winter. This was just one of the chapters of the story of how apple trees fit into Vermont’s landscape through time.

The earliest apple trees in Vermont were planted from seeds brought in the 1700s and early 1800s, and they were not uniform, named varieties. They were placed near the farmhouse and barn on the early homesteads to help protect them from deer and bear predation and from late frosts, which killed the blossoms and stopped the apples from forming. Many of these early apples would have been pressed into cider or dried.

As the century progressed, farm families often planted a few more apple trees, but instead of planting apple seeds, they now planted grafted trees chosen for their special characteristics. Small family orchards usually included a variety that kept well in the cellar through the winter. But they also planted varieties good for baking pies, making applesauce, pressing into hard cider and slicing into rings and dried.

There’s an old Vermont folk song collected by folksinger Margaret MacArthur about making dried apple pies that may date to this period. I often find remnant family orchards in the hill farm areas, sometimes surrounded by stone walls that kept out the cows.

After the railroads arrived around 1850, some big city markets became less than a day’s journey away. Some farms transitioned into commercial apple orcharding, especially near Lake Champlain, which buffered the late frosts. In Shelburne in 1850, orchard products on all farms were only valued at about $5,000, but 20 years later they had jumped to about $18,000.

In 1880, Shelburne had 19,000 apple trees that produced 37,000 bushels of apples that year. But by 1930 as better mechanical refrigeration allowed apples to be transported from even further away, the number of apple trees in Shelburne dropped dramatically to 2,300, as many apple farms transitioned to dairying.

In South Burlington, the apple history can be read in some place names. Twin Orchard Park housing development was built in the 1950s, replacing orchards at what was then the edge of the city along Shelburne Road. Their elementary school was named Orchard School, and many of the street names reflect the apple varieties popular then: Baldwin, Cortland, McIntosh, Jonathan, Wealthy, Duchess and Greening.

These varieties were especially good for eating fresh, cooking and baking. I remember my grandmother once taking my chin in her hand, looking me directly in the eye, and saying “don’t forget that duchess apples make the best apple pies.”

Recently, another housing development has gone in behind the old Chittenden Cider Mill — now Mill Market and Deli — on Dorset Street, and these streets have apple variety names, too. The decades between this development and Twin Orchards are evident in these names, including Crispin, Braeburn, Royal and Sommerfield. These varieties were developed mostly after 1950 as the market shifted toward those prized for their looks and for eating fresh.

As for the companion apple tree near the old cellar hole, its story has a new chapter. Since the farm was abandoned, the old apple tree is now feeding deer and other wildlife that inadvertently spread the apple seeds throughout their territories.

Volunteer apple trees can spring up where the seeds drop. Now, there are apple trees on old hill farm sites that are not near the old farmhouse, not planted in rows and not enclosed by stone walls. Because they are not grafted, the volunteer apples are not true to any named variety, making them much like the earliest apple trees in Vermont.

When I’m out doing field work, I watch for apple trees and look for landscape clues to see which landscape history chapter they belong to. I also can’t resist biting into some of these apples, even if they are green. The variety of flavors I enjoy is a legacy of the variety of roles that apple trees have played in our landscape.