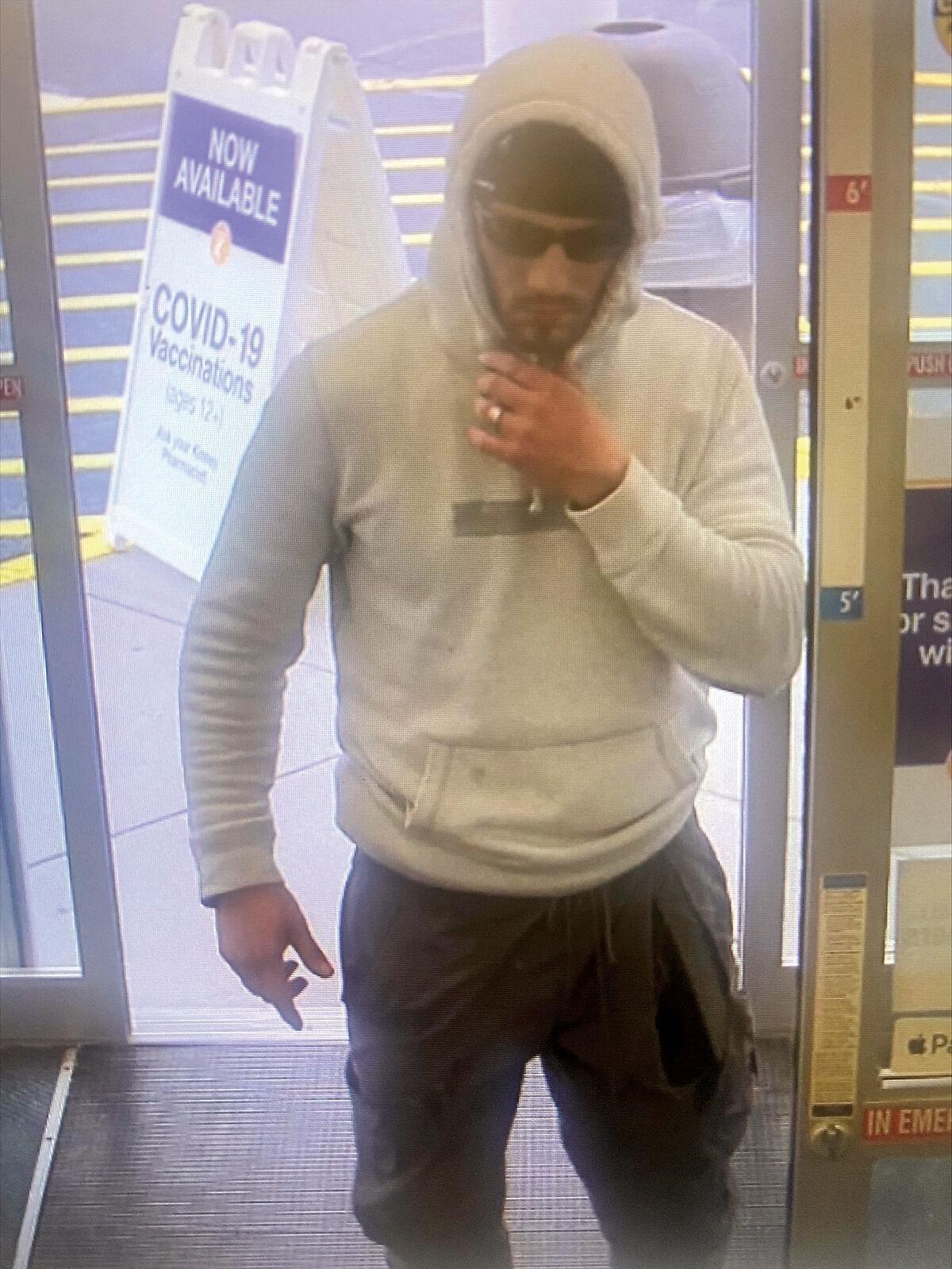 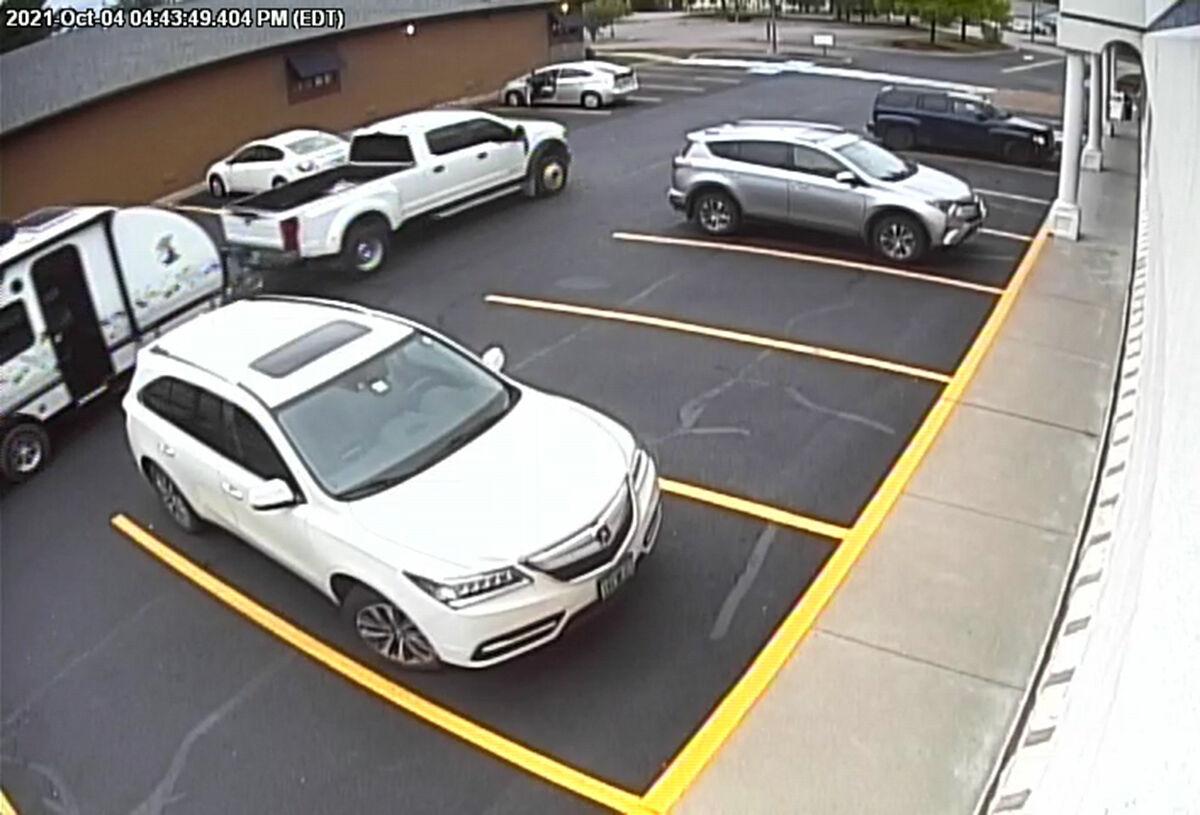 Bixby drove away from the drugstore in a white truck towing a camper, which Hinesburg Police Sgt. Caleb Casco spotted parked in a church parking lot.

Bixby drove away from the drugstore in a white truck towing a camper, which Hinesburg Police Sgt. Caleb Casco spotted parked in a church parking lot.

Note: The following story was reported after The Other Paper print edition went to press and contains newer information than found in the print edition. The original print version is included immediately following.

An Addison County man has been arrested by South Burlington Police for stealing narcotics during a brazen armed robbery of a city drug store this week.

Johny Bixby, 35, of Addison, is facing federal charges of obstruction of commerce by committing an armed robbery and for using a firearm during a violent crime.

A hearing planned in U.S. District Court for Wednesday was postponed until Thursday. Bixby remains detained.

Bixby, who has operated a Charlotte construction company, has felony convictions, but is not charged as a felon in possession of a firearm, records show.

South Burlington Police Det. Kevin Grealis said Bixby entered the Kinney Drugs at 1653 Williston Road about 5 p.m. Monday and headed to the pharmacy section. Bixby first asked for a prescription under a false name, but the clerk could not find it, police said.

When the clerk turned around, he pointed a gun at her and demanded hydromorphone tablets, according to Det. Tanner Palermo. The accused gunman followed the clerk behind the counter as she told the pharmacist about the demand and the pharmacist pulled out the 2mg and 4mg tablets, Palermo said.

Bixby then demanded the 8mg, which the pharmacist turned over, police said.

Both women said they were in fear for their lives and the pharmacist said she thought she would be shot, Grealis said in a court affidavit. During the robbery, a bullet popped onto the counter when Bixby pulled back the slide on the semi-automatic, police said.

After receiving the tablets, Bixby put them in his pocket and fled out a back door, Palermo said. Bixby drove away in a white truck towing a camper, police said.

A picture of the robber and the vehicle were later circulated to law enforcement and the media and put on social media.

A family member of Bixby’s called police to report him, Grealis said. A friend of the suspect also identified Bixby and noted he was a heavy drug user, police said.

As the search continued, Hinesburg Community Police said they received a report of a suspicious vehicle parked at the Community Alliance Church on Pond Road Tuesday evening.

Sgt. Caleb Casco first approached the vehicle, but the man claimed he had no weapons or identification papers on him, police said. Casco returned to his police cruiser and was able to determine the vehicle was wanted in South Burlington for the robbery, police said.

When Casco returned to the camper, he spotted the man pull a handgun from under a pillow and put it in his waistband, Hinesburg Chief Anthony Cambridge said. When the man stepped from the camper, Casco was able to grab the handgun and put Bixby under arrest, the chief said.

The handgun is believed to be the same firearm seen in the video of the armed robbery, officials said.

When questioned by Grealis and FBI Special Agent Colin Simons, Bixby admitted to the armed robbery. He said he stole the gun from the home of his former in-laws, police said.

If convicted as charged, Bixby faces a mandatory minimum of five years in prison and up to a possible life sentence.

The case has been assigned to veteran Assistant U.S. Attorney Barbara A. Masterson.

South Burlington Police are looking for a man who used a gun to rob Kinney Drugs, 1653 Williston Road, on Monday around 4:45 p.m. No one was injured in the incident.

Police said the man entered the store, and a few moments later approached the pharmacy counter where he brandished a handgun while demanding a specific narcotic.

The man fled with an undisclosed amount of the narcotic. Police consider the man armed and potentially dangerous, and said he fled the area in truck pulling a camper.

Anyone who can identify the suspect or has seen the truck and camper is asked to call police at 846-4111, ext. 0.

Tips or information can also be provided via e-mail to kgrealis@southburlingtonpolice.org.