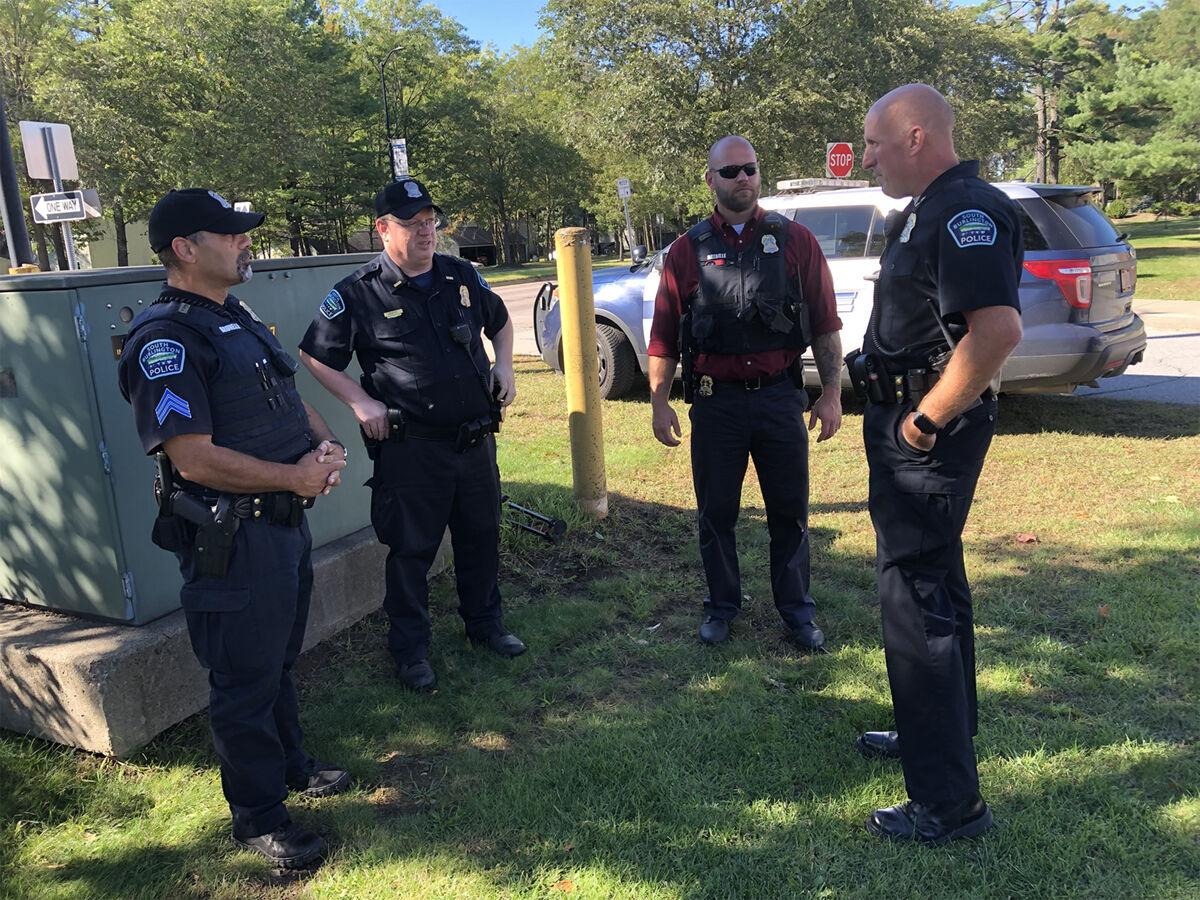 Police Chief Shawn Burke (right) speaks with officers from his department outside South Burlington High School on Thursday during lockdown. 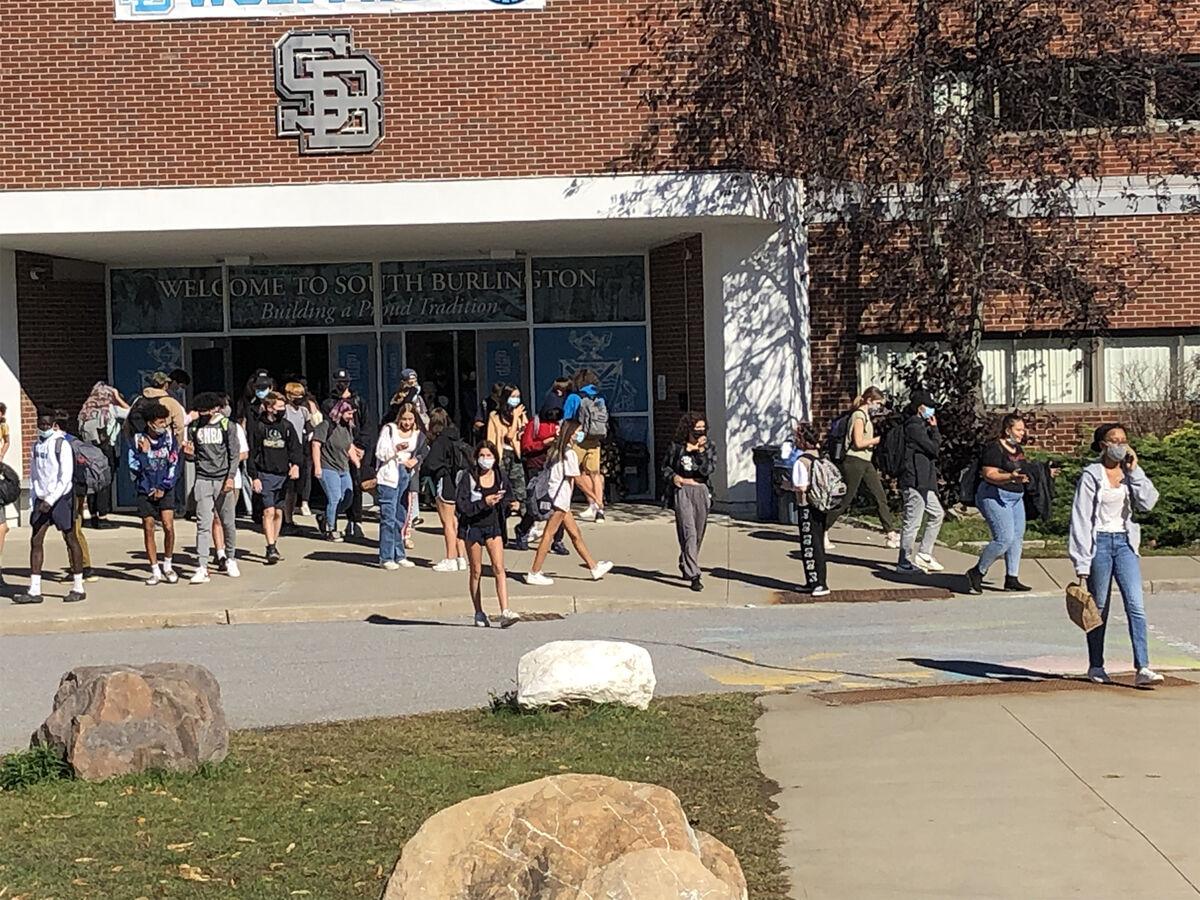 SBHS students head out from school during regular dismissal at 3:15 p.m. Thursday.

Police Chief Shawn Burke (right) speaks with officers from his department outside South Burlington High School on Thursday during lockdown.

SBHS students head out from school during regular dismissal at 3:15 p.m. Thursday.

Three juveniles were taken in custody after the high school and middle school campus on Dorset Street went into a lockdown Thursday following a complaint of a student making threats, possibly with a weapon, South Burlington officials said.

No injuries were reported and no weapon was found as of midafternoon, police chief Shawn Burke told reporters outside the high school.

The case, described as a “threatening incident,” started at the Tuttle Middle School and later carried on next door at the high school, he said. Police were alerted at 1:17 p.m.

He said the three teenagers who were “persons of interest” were found at the high school and were being interviewed by detectives at the city police station.

Three potential victims also were identified, Burke said. All six juveniles, all boys, were known to each other.

“The threat did involve what appeared to be a weapon,” the chief said. He said he was aware of some rumors indicating it was a firearm, but police did not have evidence to support that claim.

He said investigators were still sorting out the case, which he said had a few layers.

“A student called a parent. The parent called 911. So, we have to work that chain of events back down,” Burke explained.

The chief said police would review both the rules of criminal procedure and school district regulations to determine the extent of any permitted searches for a weapon in backpacks and schools. Burke said he did not expect full police searches of the schools.

Burke said there was no initial indication of the case being gang related — including the Riverside Avenue gang in Burlington that was one of two gangs involved in a shooting at the University Mall earlier this year.

The chief said when the report was received city police worked with the school district and other law enforcement personnel, including the Vermont State Police, to bring it to a successful conclusion.

He said the school district determined that a lockdown of the schools was proper.

“Where I see the victory here is that the appropriate people were notified, we responded, no one was hurt and we are restoring the campus to order now,” he said.

The school district issued a few statements during the afternoon to try to keep parents and others informed with facts as they became known, superintendent David Young said.

He said the Tuttle Middle School administration received word that some students were being threatened by other students claiming to be armed. Both schools were put in lockdown, he said.

“After an initial investigation conducted by school and police officials, it was determined that the schools were secure, and thus the lockdown was lifted,” Young said.

Students were asked to remain in their classrooms, and out of an abundance of caution, the high school and middle school remained in session until 3:15 p.m. — the normal dismissal time.

He said the schools will have typical schedules on Friday.

“I want to thank all of our students, staff, and the South Burlington Police Department for their swift and professional assistance. The protocols we put in place to secure the school worked as planned. We worked to get communication out to families as soon as possible to let you know student(s) and staff were safe,” Young said in one message.

He said the district will update both families and staff when there is more information to report.

Young said school guidance staff will be ready to support students and staff in need.

This story was updated from an earlier version as more information became available.

Sept. 16 started out as a typical school day for the students at Frederick H. Tuttle Middle school in South Burlington. School began at its no…