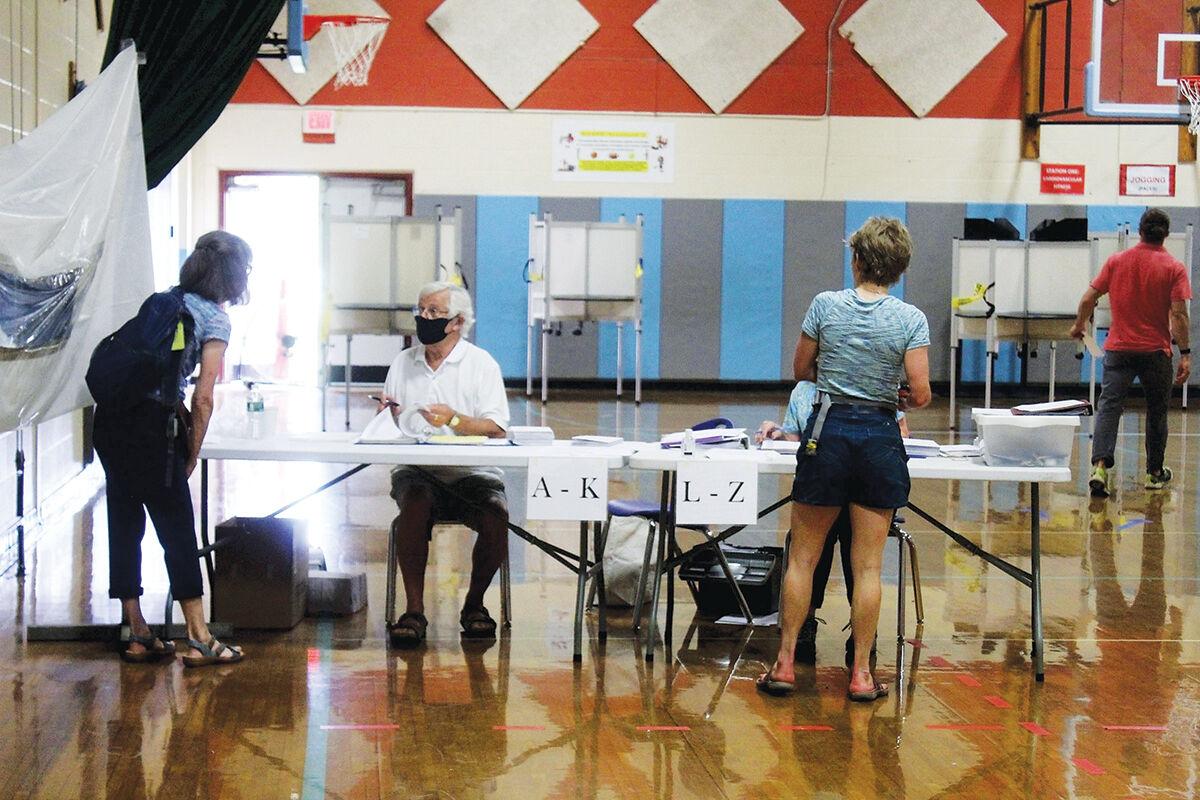 South Burlington voters get their ballots. In addition to mandatory masks, poll workers used a screen to minimize the risk of spreading the coronavirus. 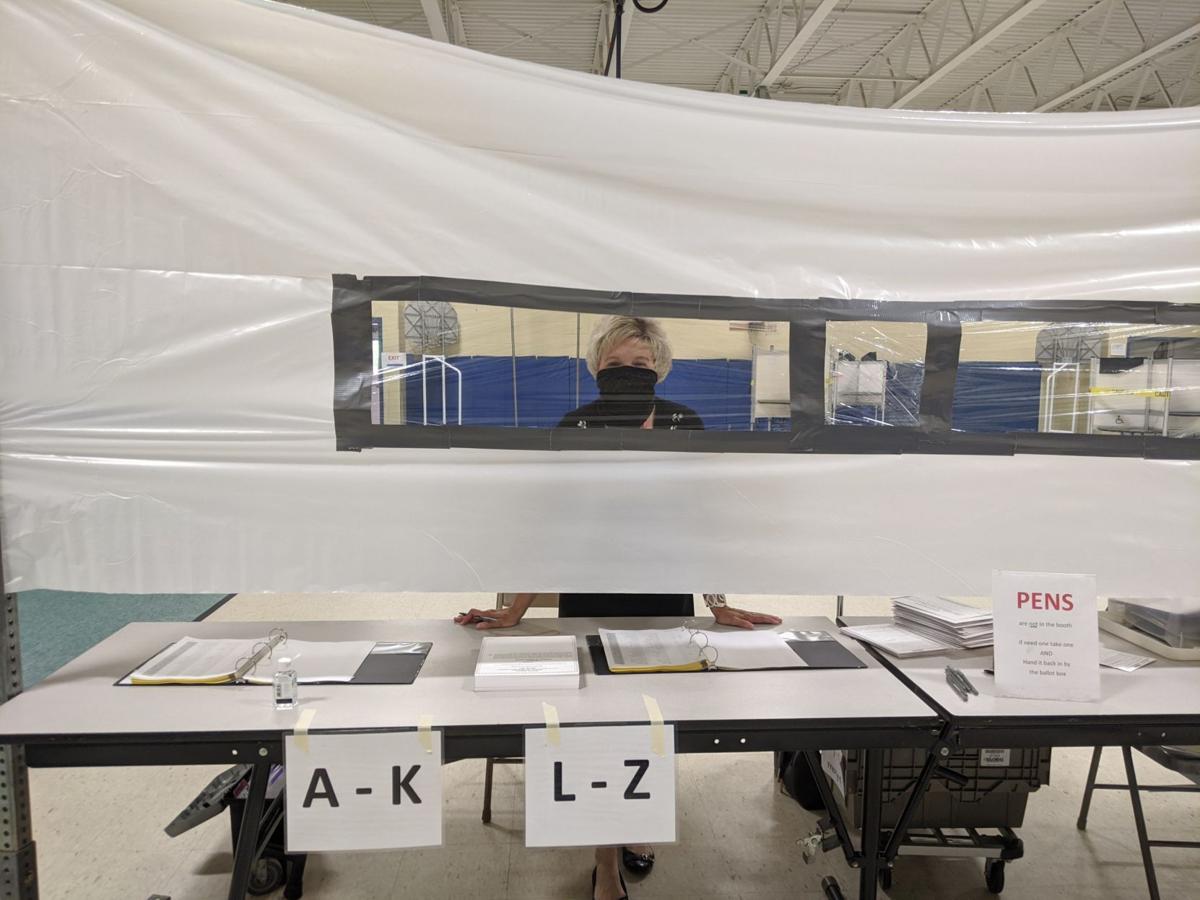 An election worker stands behind a partition installed at the voter sign-in table as one of the measures to help protect those in the polling place from spreading or contracting COVID-19. 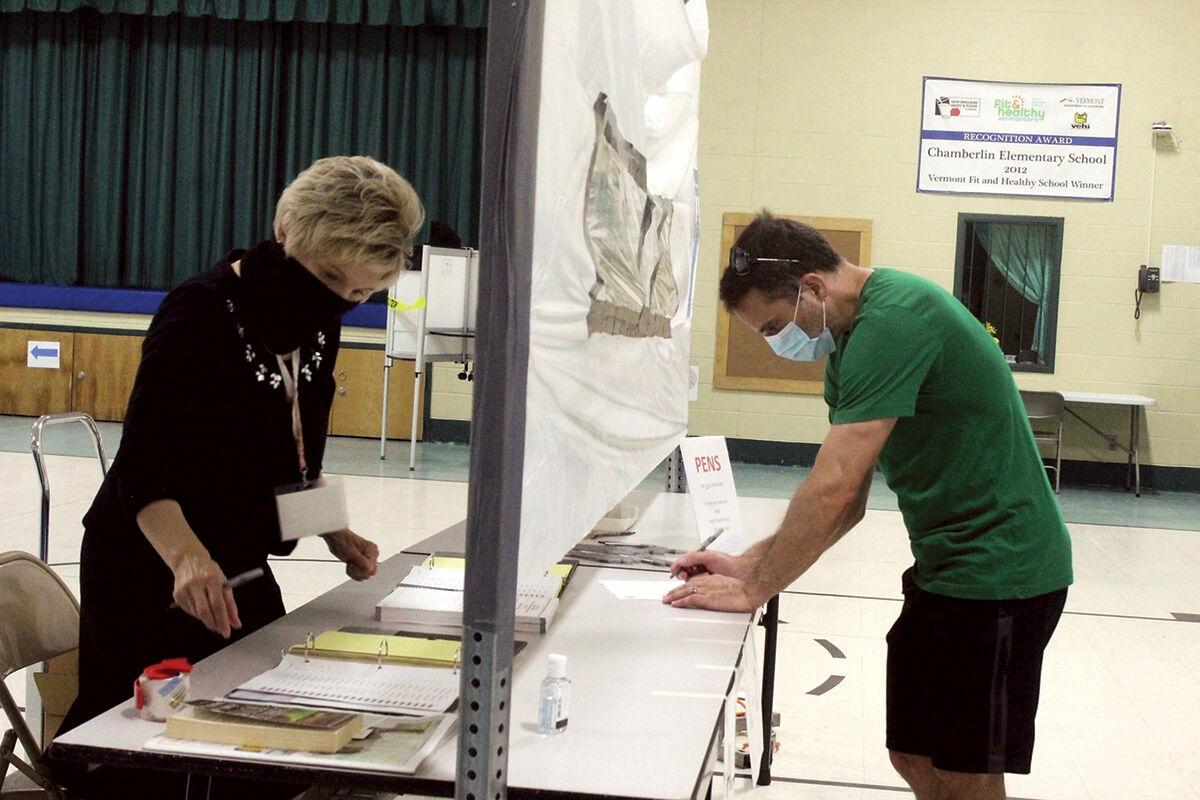 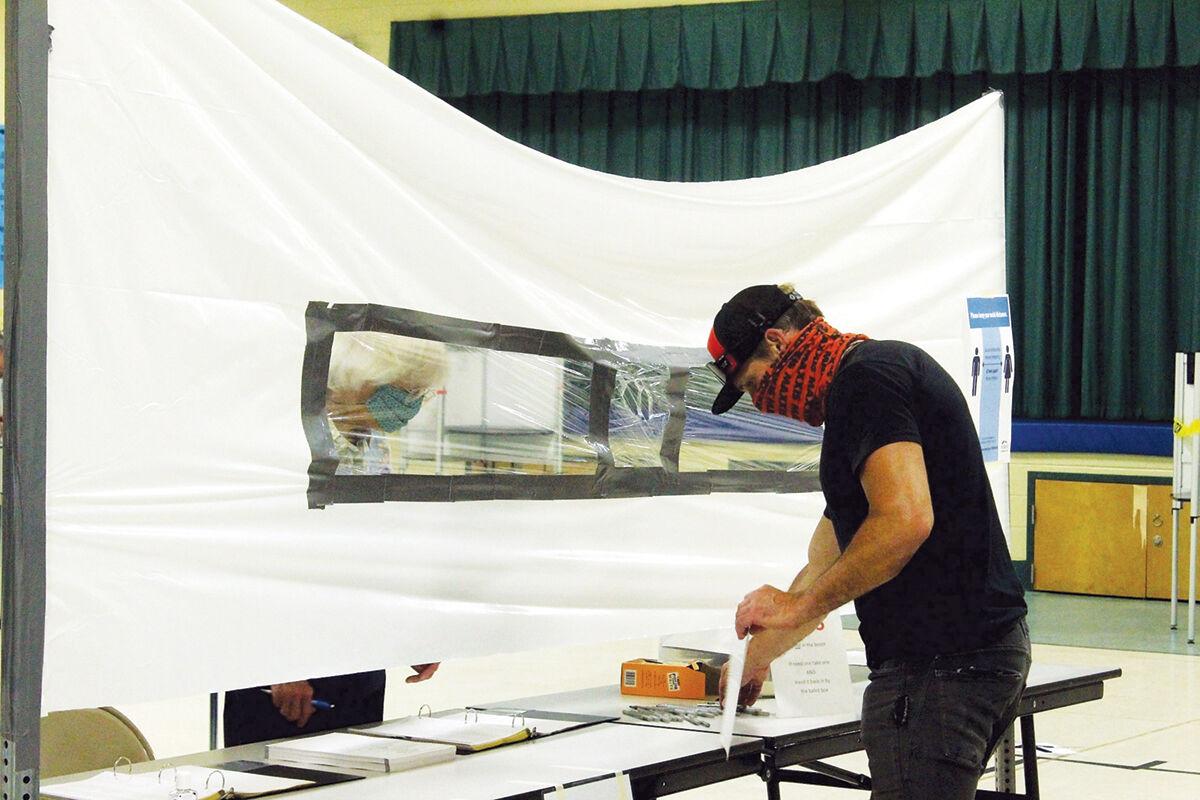 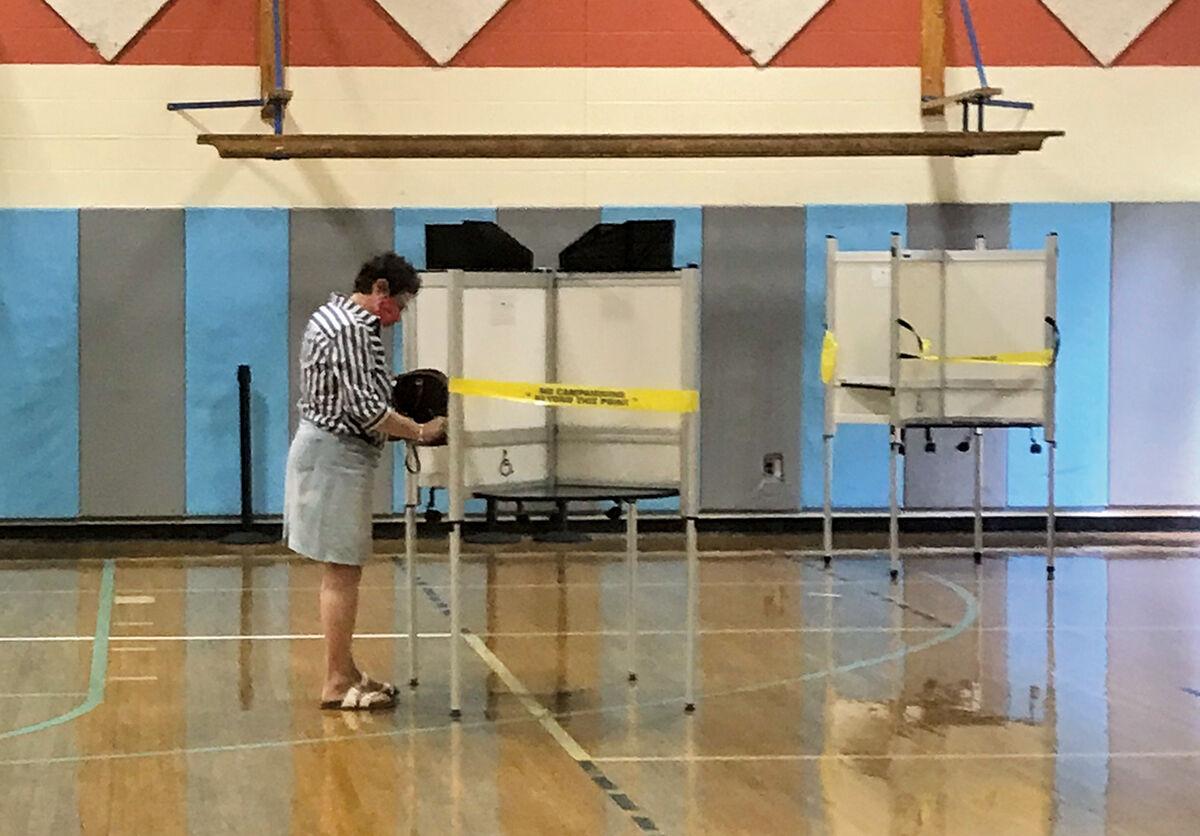 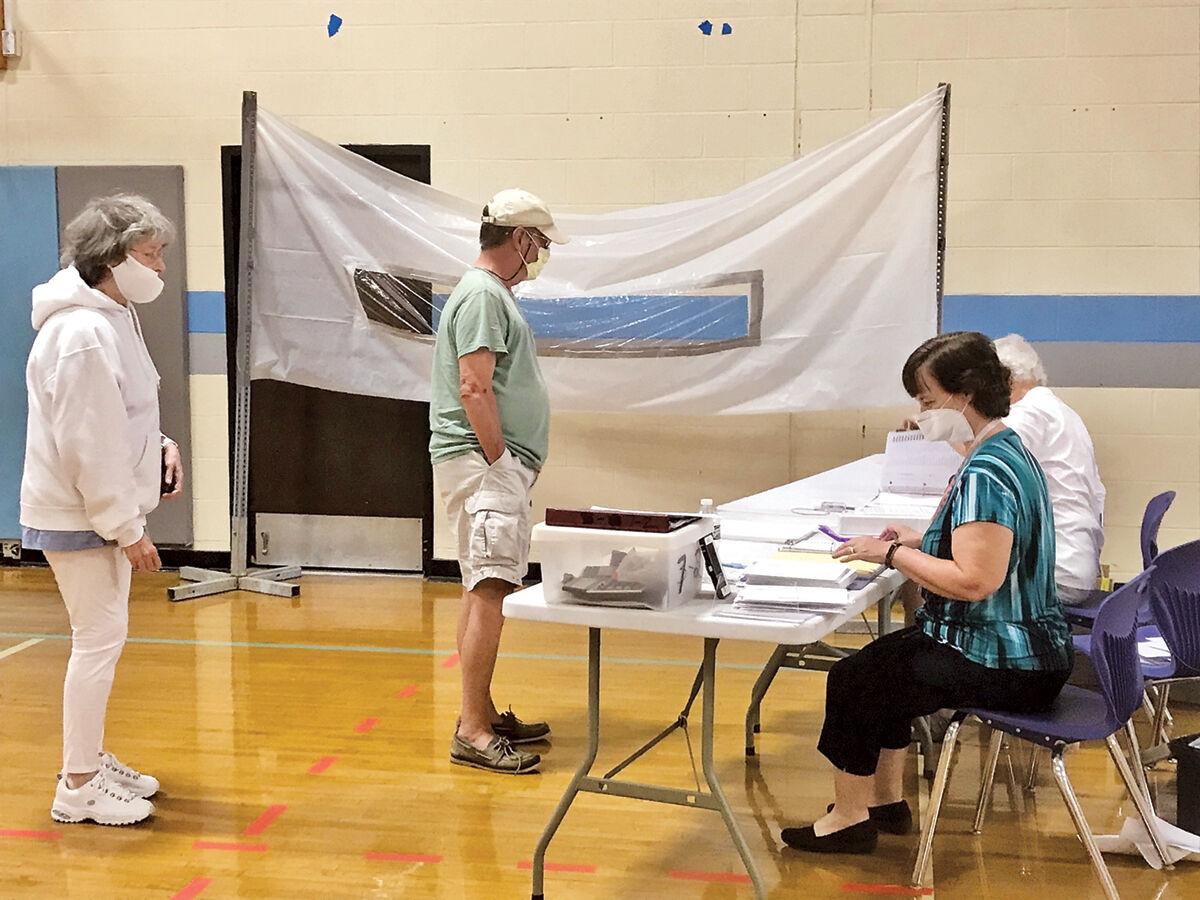 South Burlington voters get their ballots. In addition to mandatory masks, poll workers used a screen to minimize the risk of spreading the coronavirus.

An election worker stands behind a partition installed at the voter sign-in table as one of the measures to help protect those in the polling place from spreading or contracting COVID-19.

It was strike two at the polls on May 28 as South Burlington voters rejected the school district’s revised Fiscal Year 2021 budget proposal.

The school board will discuss next steps at a June 3 meeting, said Superintendent David Young. At that time, the board could consider locking in a voting date for a third proposal before the current fiscal year ends on June 30, he added.

Board Clerk Bridget Burkhardt declined to comment on her feelings about the no vote, but said the board asked Young to be ready to help plan next steps on June 3.

“At some point if we continue to cut the budget we get to a level that doesn't allow us to provide the services that we've been providing to students for decades,” Burkhardt said. “Personally, I believe that level is somewhere between this budget and if we get to level-funding, I think that level-funding would be below the level of service that we're providing right now.”

Burkhardt said she is concerned about how the pandemic may result in a need for increased services when students return to school. She said students may fall behind and need additional support. Others may need added counseling services, she added.

Burkhardt thanked the public for attending board meetings and keeping informed. She encouraged them to continue doing so.

The failed May 28 proposal would have accounted for a 3.8% spending increase over Fiscal Year 2020 and a 5.91% tax rate increase. The proposal removed items from the original Town Meeting Day ask including some “A level” reductions, which are those cuts district administrators deemed most impactful to the student experience.

Now, the district will have to tighten its belt some more.

“As far as what the amount would be to reduce, none of that has been talked about,” Young said.

If a third budget proposal fails at the ballot, the district can borrow up to 100% of its current, Fiscal Year 2020 budget. In that scenario, the district would not have enough money to call back 27 employees who received reduction in force notices earlier this month, Young said.

“At some point if we continue to cut the budget, we get to a level that doesn’t allow us to provide the services that we’ve been providing to students for decades.”

Other obligations, like state mandated health care, would have to be covered in the Fiscal Year 2021 budget, he said.

But the legislature has been discussing potential measures for the 18 school districts who either didn’t vote on or pass a budget before the COVID-19 pandemic.

The legislature’s ideas have included: allowing districts without approved budgets to borrow 100% of their FY20 budget value plus an inflator, allowing a district to keep voting until a budget is passed or voting a few more times and, if nothing is passed, borrowing 100% of the FY20 budget plus a little more, Young said.

To date, no such measure has been passed.

City Clerk Donna Kinville estimated that about 4,000 residents had voted at the polls by 6 p.m. on May 28.

The city mailed out 2,725 ballots to absentee voters, Kinville said. Between 1,800-1,900 absentee ballots were returned to the city by May 27. Another 150 were brought by absentee voters to the polls on May 28.

“I am really impressed by people's patience,” Kinville said, adding at times there was a wait to enter the polling place with the 10-person limit inside.

Most voters wore masks to the poll. The city hand disposable masks on hand for those without, of which 25 were doled out. Only two people were “ticked” with the mask requirement, Kinville said. They were brought ballots and envelopes to fill out and seal outside the polling place, which were then brought inside by masked election workers.

“I was really impressed with the caution that the residents are displaying, but also how they want to vote. They're not letting this stop them,” Kinville said. “People are taking it all in stride and doing what they're supposed to be doing.”

A new way of voting

South Burlington residents will head back to the polls next week as the school district puts a new budget proposal to a vote.

The district is proposing an about $53.7 million budget, which represents a 3.8% spending increase over the current fiscal year, and a 5.91% tax rate increase.