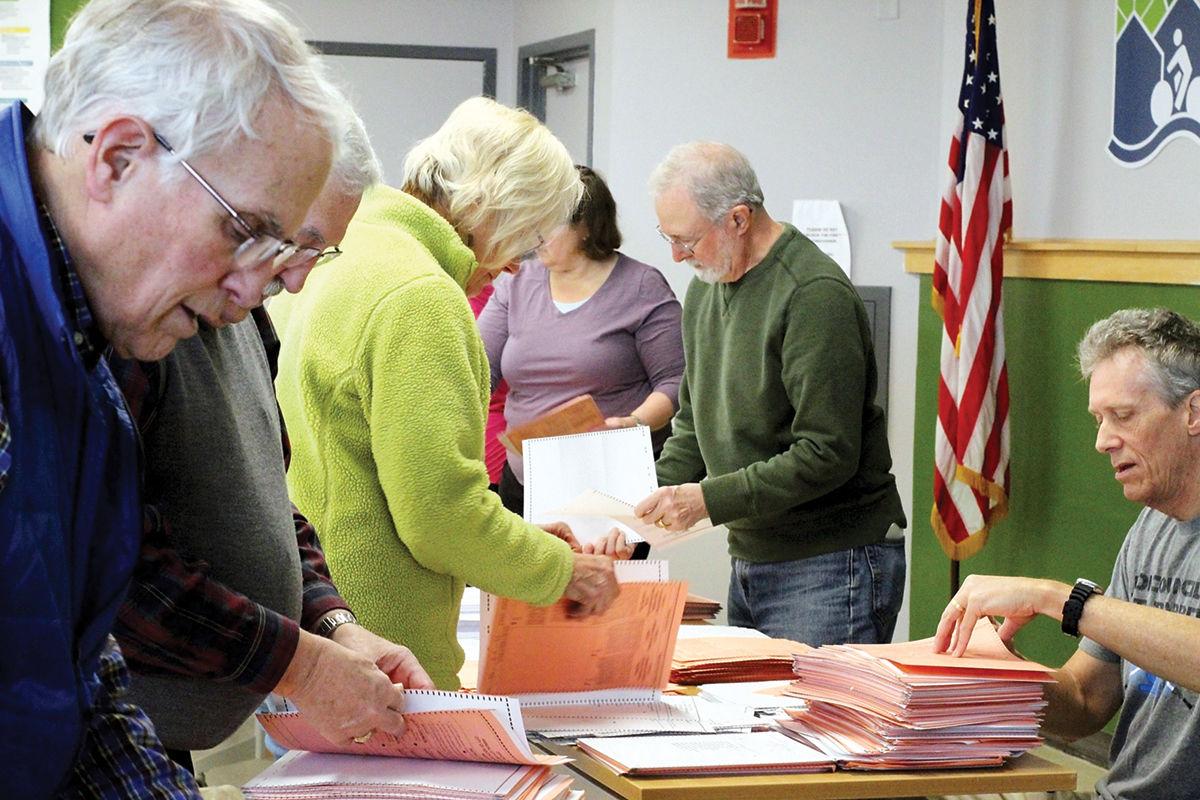 City officials separating presidential ballots from local ballots that had been bagged mixed together in the confusion of Town Meeting Day before recounting them. 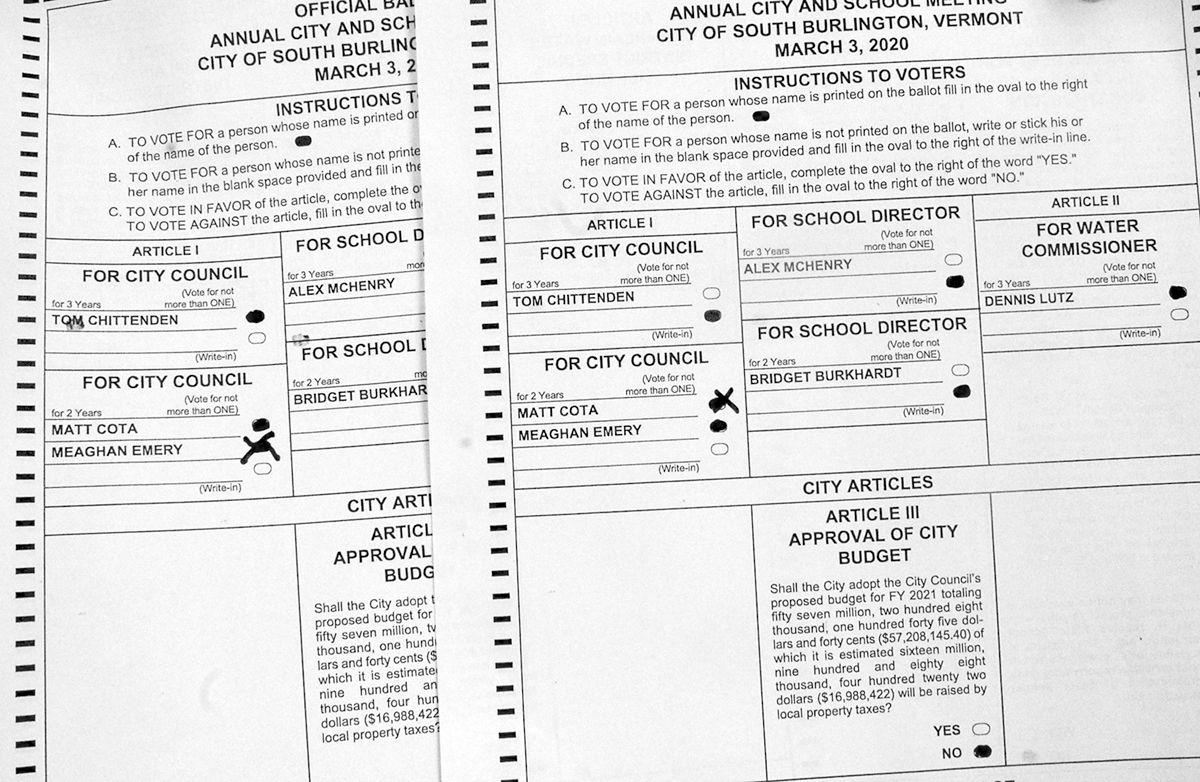 These two ballots illustrate the kind of judgement calls ballot counters had to make. This could have contributed to the three-vote difference between the original and the recount.

City officials separating presidential ballots from local ballots that had been bagged mixed together in the confusion of Town Meeting Day before recounting them.

These two ballots illustrate the kind of judgement calls ballot counters had to make. This could have contributed to the three-vote difference between the original and the recount.

A group of 11 South Burlington city officials showed up at the City Hall at 9 a.m. on Saturday to handle a recount of the race for the two-year city council seat that had been contested by Meaghan Emery and Matt Cota.

The volunteers and City Clerk Donna Kinville put in three hours and ended up with the same result as had been announced late Tuesday night, March 3, after a hectic day of voting.

Emery, the incumbent, was confirmed by the recount with 3,937 of the votes cast to 3,869 for challenger Cota.

Cota picked up three votes. Kinville said those were probably from questionable ballots requiring a judgement call from poll workers on Town Meeting Day. Examples of questionable ballots shown to the small group of observers at City Hall on Saturday included two ballots where both of the oval circles next to Cota’s and Emery’s names were filled in, but one of the ovals was crossed out.

Trying to determine what these two voters meant was immaterial because Cota was crossed out on one and Emery on the other. It was a wash.

Even though there were four tabulating machines – one for each of the four voting districts – that hadn’t been used on Town Meeting Day since they were backups, the recount took all morning.

Kinville said, “It was a really crazy day on election day, a higher turnout than we ever expected.”

Around 8,300 showed up to vote, 2,300 more than turned up for the presidential primary in 2016 and they ran out of printed ballots. Kinville said they had to use about 1,700 ballots that they ran off a copy machine.

These ballots could not not be run through the tabulators and had to be hand counted.

They called extra poll workers in, but Tuesday was still a long day, Kinville said.

“So, we have a court order, allowing us to open those seals on those bags, sort them into city and presidential. We’re going to take the presidential bag ballots and put them in a bag and reseal it,” she said.

Kinville said she and the city attorney were sworn in by Superior Court Judge Helen Toor over the phone. Toor granted their request for permission to open the bags where the ballots were mixed, resort the ballots and reseal the bags with just presidential ballots, so the two-year term on the city council could be recounted on the local ballots.

After the recount confirmed her election, Emery said, “It validates my confidence in the system. I’ve work with them for 10 years and on the Board of Civil Authority. I’ve seen people working up close. People are very careful. It’s always double checked, triple checked. And that’s because Donna makes sure there are no corners cut.”

Cota did not attend the recount.

As all of the tables used for the recount were being folded up, all the chairs restacked and all the bags of ballots being locked back up in the vault, Kinville administered the oath of office to Emery, confirming her position on the city council.

Thank you for your support

I want to thank the Board of Civil Authority for their work on the election and recount. I am grateful for the opportunity to run for City Cou…