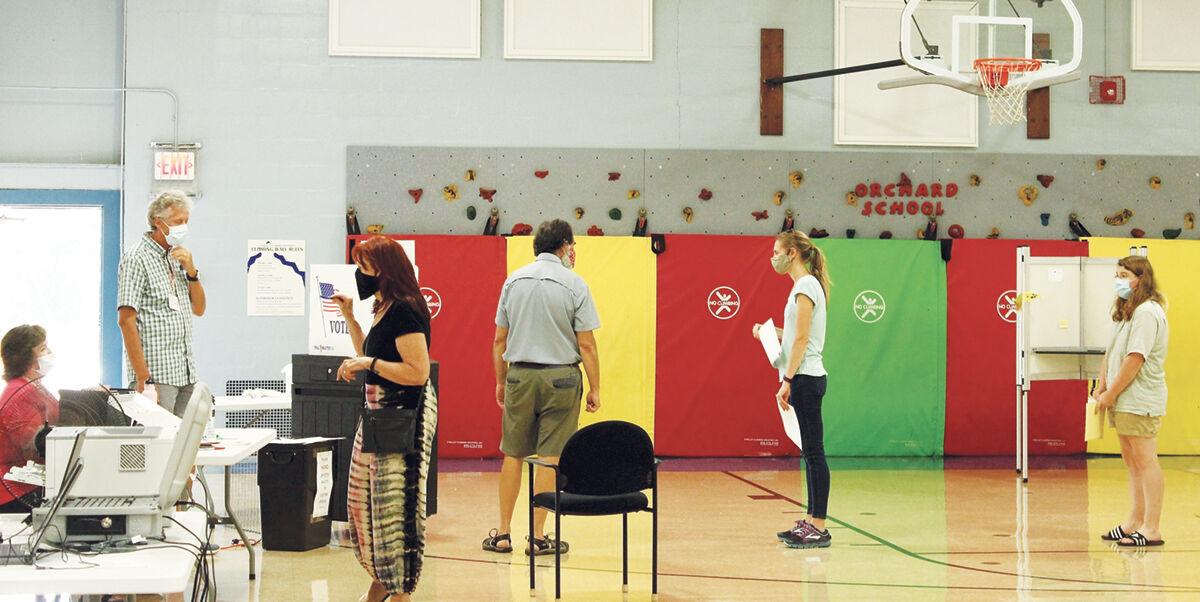 Socially distanced voters have their say in what City Clerk Donna Kinville described as a suprising in-person turnout. 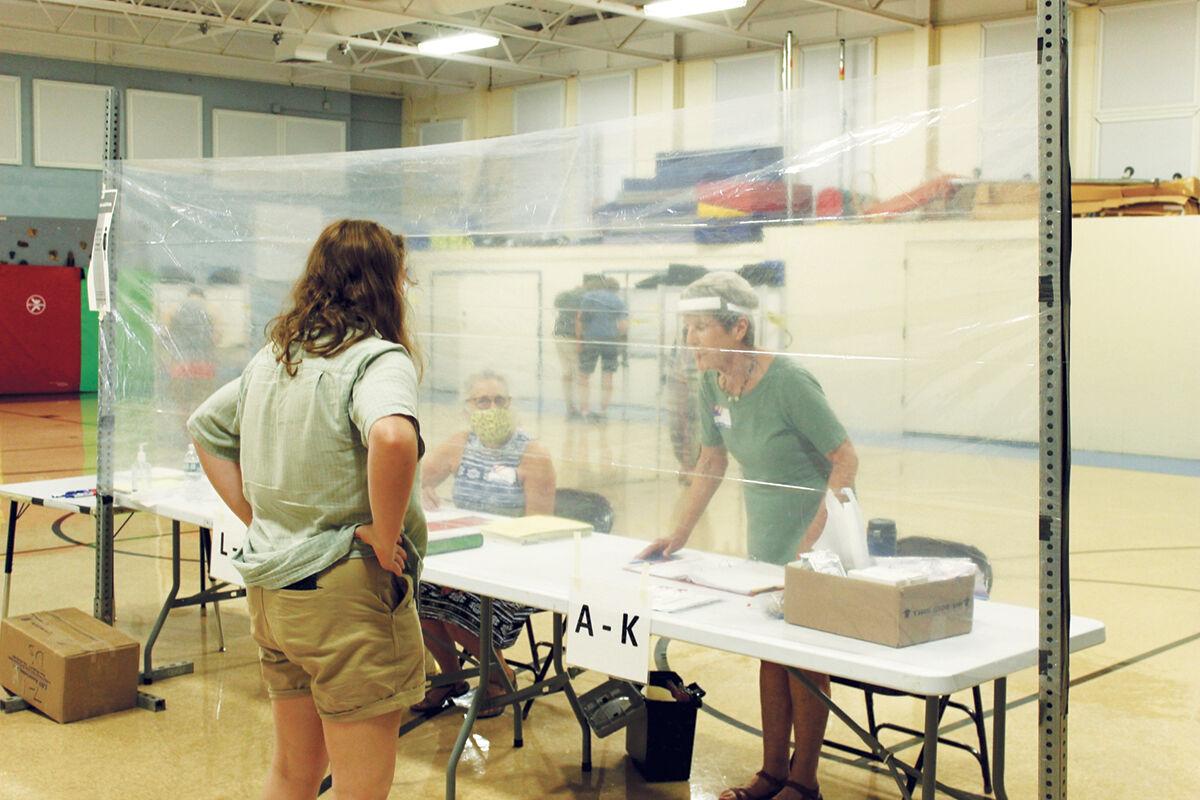 Socially distanced voters have their say in what City Clerk Donna Kinville described as a suprising in-person turnout.

After two strikes at the ballot, a revised South Burlington School District budget proposal passed muster with voters on Aug. 11.

The city’s voters approved the more than $52.5 million budget by a count of 3,883-3,387 votes, according to City Clerk Donna Kinville.

“We are grateful for the support of the community and we are relieved to have a budget so that the district can focus on the effort to reopen school and focus on things that we need to do to get the school year started properly,” said School Board clerk Bridget Burkhardt.

With the budget passed, administrators can start the hiring process for new positions. The district may also call back those teachers who received reduction in force notices and whose positions are covered under the approved budget. Superintendent David Young has not shared with the board the exact number of teachers who will be recalled, Burkhardt said.

The district has lost some teachers who opted to retire or not return, she added.

The accepted budget also paves the way for the state to approve South Burlington’s education tax rate. Taxpayers will still pay an interim tax bill in September but will be asked to make up the difference between the interim rate and the final education rate during a later tax installment.

“I think this budget does the best that we can do to balance the concerns of community members with respect to the economic environment, and the needs of students,” Burkhardt said.

But she believed the budget would also do “long-term damage” to the district. With health care costs and increasing enrollment it will likely be hard to bring back Advanced Placement courses and activities that were cut out of the budget, she said.

“I really do believe that this is really as much as we can responsibly cut,” Burkhardt said. “We’re making do without a lot of the things that we needed, and at some point, some of those things like maintenance and certain types of staffing will have to come back.”

Bob Walsh cast a no-vote for the school district’s first and second budget proposals. But this election he marked his ballot “yes.”

Walsh voted in favor of the 1.52% increase because he felt the school board listened to the community and Citizens Budget Advisory Group and returned with a reasonable proposal.

“Defeating the new budget proposal will do nothing to resolve the problem of negotiations. It will, however, further disrupt the lives of our children and their parents,” Walsh wrote in an email.

Scott Bronson took to social media ahead of the election and shared his intent to vote no.

“I’m sorry I’m voting no until I can see what the union gets I hate to say teachers because I believe that most teachers would take a wage freeze I believe it’s the union and maybe even not the SBEA but the VT NEA that is pulling the strings because they don’t want a statewide freeze and they know as go SB so goes the rest. I cannot in all honesty vote for a budget ‘til I see what they are getting,” Bronson said.

John Stern, a leader of the Citizens For an Affordable South Burlington political action committee, which formed this winter to challenge a district budget proposal that would have resulted in an 11.22% tax rate increase and a separate $209.6 million bond proposal for a new school complex, also voted no. Stern felt the school board failed to recognize the key concerns of many community members.

He also did not appreciate the union’s approach to negotiations, he said.

“I believe that a no vote sends the message that all of us — teachers included — need to adopt a disciplined, evidence-based approach to the use of public funds,” Stern said.

The city sent out more than 7,000 absentee primary ballots and an even greater number of absentee school budget ballots to voters prior to the election, said Kinville.

Kinville didn’t have the latest number of returned ballots as of 5 p.m. on Aug. 11, but said that at last count, around 67% of both the absentee primary and school ballots were returned.

The city’s three polling locations were open on election day, with modifications to mitigate the risk of spreading COVID-19. Kinville was surprised to see that despite the large number of absentee ballots mailed out there were plenty of voters casting their ballots in person on election day.

“It’s exciting. I really thought that we were going to be dead,” Kinville said.

As of 5 p.m., Kinville said the polls were running smoothly. There were no issues with machines, voters wore masks and they kept their social distance.

“The people coming in to vote have just been awesome,” she said.

The 13 Democratic candidates vying for six Chittenden County Senate seats raised a combined $270,000 in the current election cycle, according …