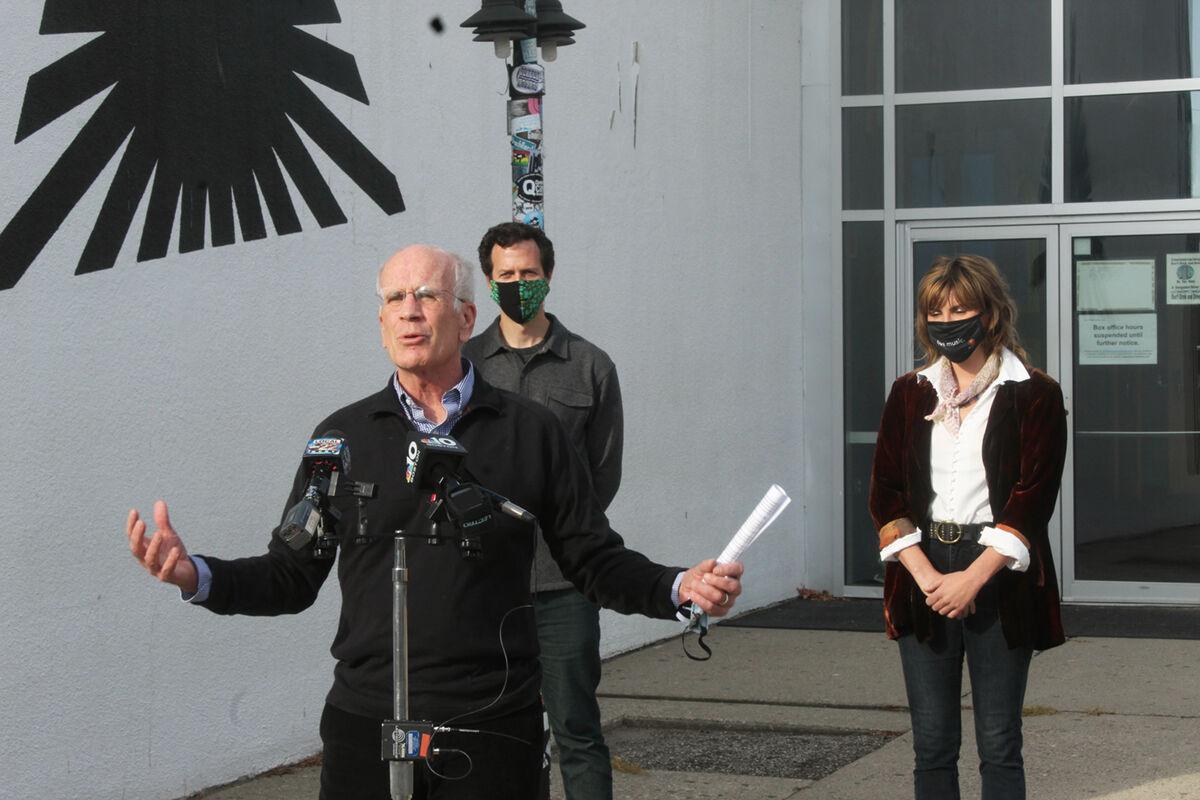 Representative Peter Welch speaks at Higher Ground about improved bipartisan prospects for the Save Our Stages legislation. 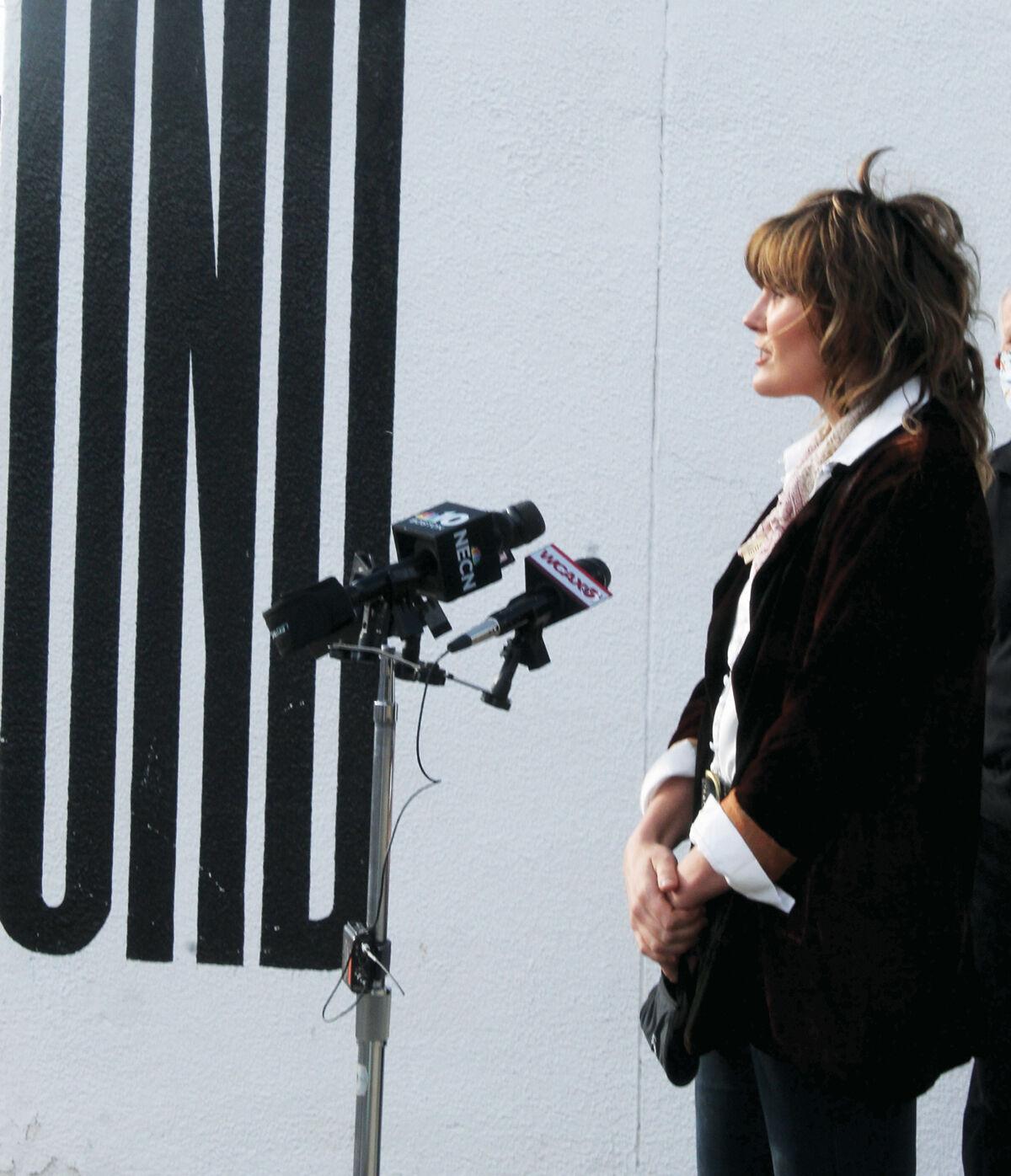 Grace Potter speaks about the value of live music during outside Higher Ground on Monday, Nov. 9.

Representative Peter Welch speaks at Higher Ground about improved bipartisan prospects for the Save Our Stages legislation.

Grace Potter speaks about the value of live music during outside Higher Ground on Monday, Nov. 9.

A stack of newspapers sits just inside the front door of Higher Ground, their edges browning with age. They’re from the week of March 11-18.

Dried leaves swirl when the doors of the lobby open. Except for missing a few tumbleweeds, the performance venue could be the set in a ghost town.

U.S. Representative Peter Welch stood outside the front entrance to the club on an unseasonably sunny Monday afternoon, Nov. 9.

He spoke about improved bipartisan prospects for the Save Our Stages legislation, joined by Higher Ground owner Alex Crothers and singer, songwriter and musician Grace Potter in extolling the virtues of the legislation.

Crothers told the gathered members of the press that he’d walked through the lobby of his concert hall a few minutes before.

It was the first time he’d been in his building since March, when it closed for the pandemic.

Welch introduced the Save Our Stages bill in the U.S. House with U.S. Representative Roger Williams, a Texas Republican. The bill would allocate $15 billion for performance venues across the country.

Welch mentioned the news that had broken earlier that morning — a COVID vaccine seems to be inching ever closer to reality.

“We have some promising news today about a vaccine from Pfizer,” Welch said. “We’re going to get to the other side of COVID.”

He talked about the need to help venues like Higher Ground and the Flynn Center for the Performing Arts weather the storm and make it to the other side.

Welch said the Save Our Stages bill has gone from something introduced by himself and Williams to now having 157 co-sponsors.

Potter said when she first started performing, the stages were small. Higher Ground was the first real venue she played, on New Year’s Eve in 2004.

And even then, it was the venue’s smaller of two stages.

“The hardest part of all about this is looking into the eyes of people who are dying to be entertained and knowing that there’s very, very little that I can do,” Potter said.

When COVID hit she had just traveled across the country to Vancouver in two tour buses with a crew of 17.

Her gear had been loaded onto the stage where she and her band were set to perform on March 11.

Then the news came — and it all had to be loaded back up.

She said she’s continued performing on YouTube and Zoom, but “you can’t feel the energy that happens on a stage.”

“Every single human on planet earth deserves to feel what it feels like to sit in a theater or stand out at a concert venue and enjoy what’s happening on a stage,” Potter said.

On March 12, cancellation announcements at Higher Ground began — with a casualty count of 187 shows.

“That was just the shows that went from then until Easter,” Crothers said.

Opening at partial capacity, as some businesses have done, isn’t an option; “It’s just a way to lose more money,” he said.

Most of the predictions he’s heard are that performance venues won’t be back to full capacity until this time next year.

The summer’s drive-in Higher Ground shows were benefits for the Vermont Arts Council, which has helped artists with grants for rent and groceries.

Myriad venues are struggling, and Crothers said every dollar spent at venues brings $12 into local economies.

“These performing arts centers are all over the state and in your backyards. These are the places that you go to for school plays, dance recitals, to go on first dates and see rural elections happen. So, these are really important parts of a community,” he said.

Burton’s plan to bring Higher Ground to the company’s Burlington campus has met with a number of challenges. The latest is “historical contami…