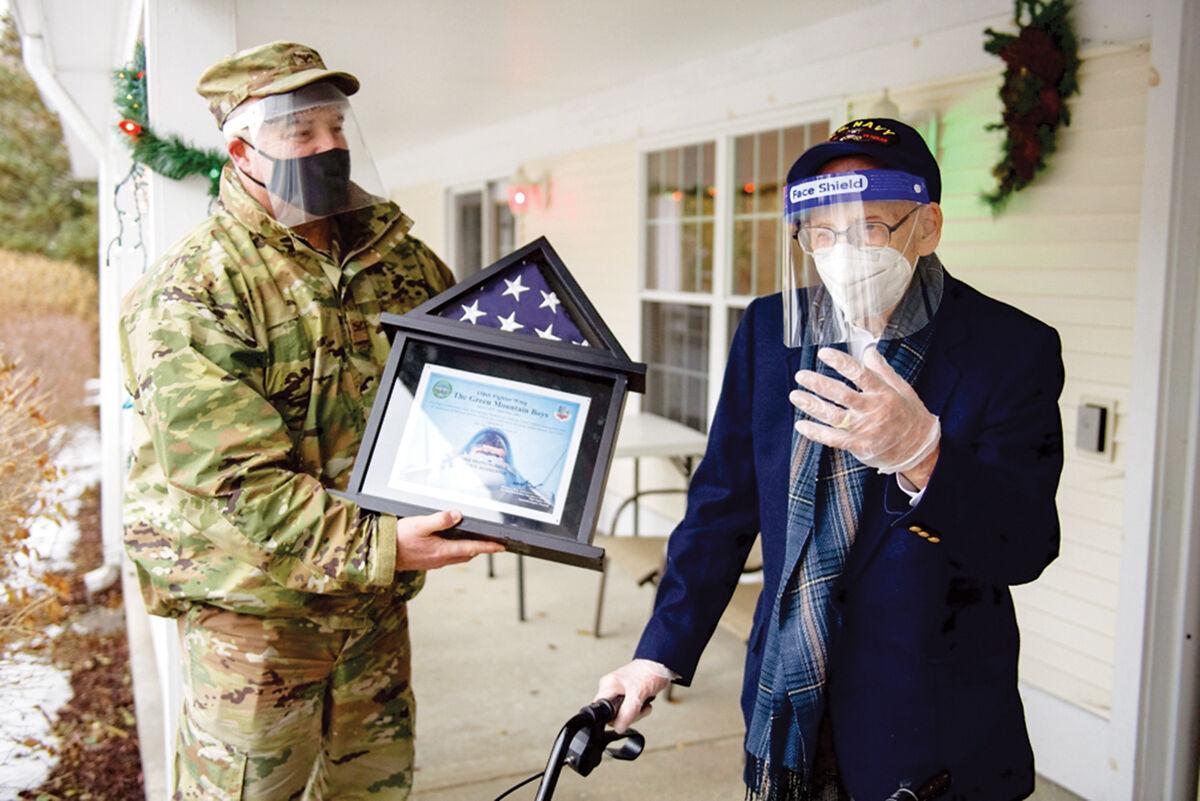 In order to honor Roberge, Airmen from the 158th Fighter Wing had a flag flown in an F-35 during a combat training sortie over the mountains of Vermont and New York. 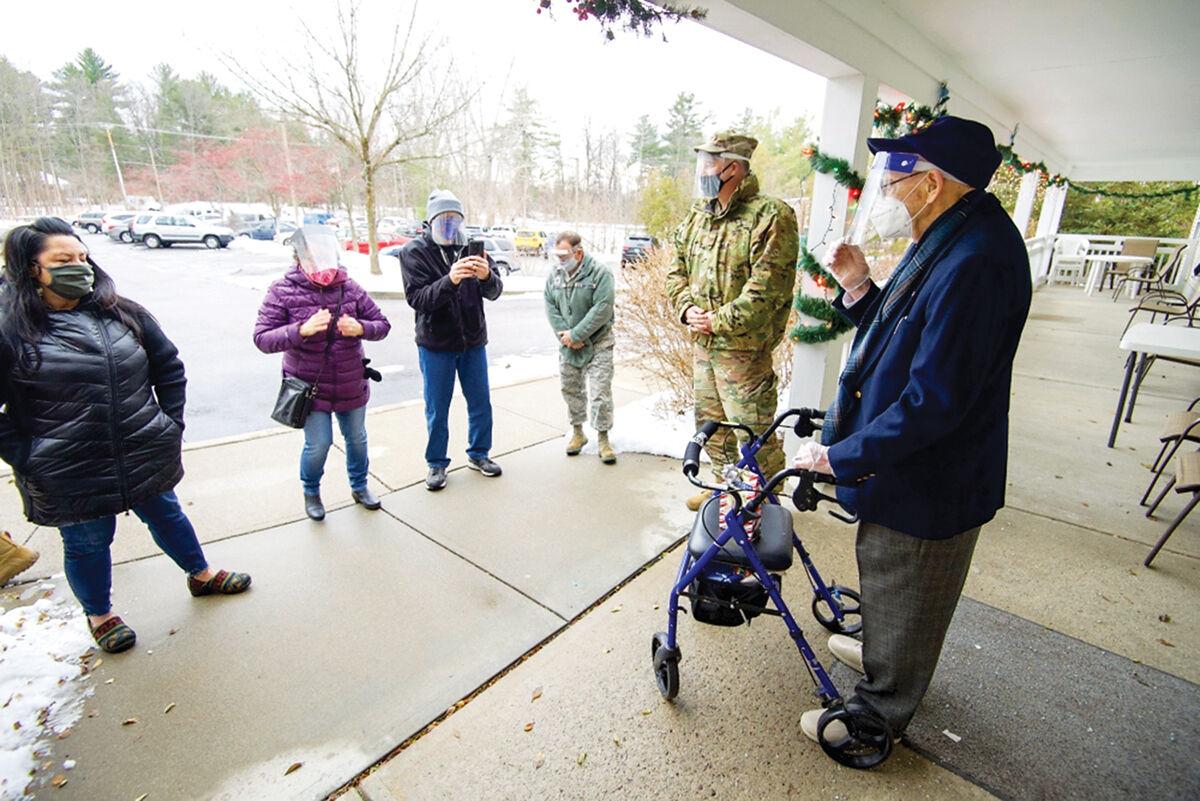 World War II veteran Lenny Roberge, Vermont’s oldest living veteran, says a few words of thanks to the Airmen of the Vermont Air National Guard at a small ceremony outside his nursing home in South Burlington, Vt., Dec. 22, 2020.

In order to honor Roberge, Airmen from the 158th Fighter Wing had a flag flown in an F-35 during a combat training sortie over the mountains of Vermont and New York.

World War II veteran Lenny Roberge, Vermont’s oldest living veteran, says a few words of thanks to the Airmen of the Vermont Air National Guard at a small ceremony outside his nursing home in South Burlington, Vt., Dec. 22, 2020.

Honor. This is a word that is ingrained into the ethos of people who have served in the U.S. military.

It comes as no surprise, then, that when Airmen of the 158th Fighter Wing learned that Vermont’s oldest living veteran, 106-year-old Lenny Roberge who served in WWII, wanted to visit the Vermont Air National Guard, they were excited and started making plans for his visit in November.

“To be able to show Lenny around our base, and let him experience seeing the F-35 up close was going to be really cool,” said Master Sgt. Chad Cosgrove, executive administrative assistant for the 158th Fighter Wing. “It was going to be an honor to meet Lenny and we were all really looking forward to connecting with him.”

Because of a spike of COVID-19 cases in the previous month, plans had to change. That’s when the Airmen of the 158th Fighter Wing went back to the drawing board on how to honor Roberge.

“All of us at the fighter wing staff felt that it was really important to honor Roberge,” said Maj. Frank King, executive officer of the 158th Fighter Wing. “We decided that, what better way to ring in the New Year then to present him with a flag flown in an F-35 on a combat training sortie over the mountains of Vermont and New York.”

After abiding by the latest COVID-19 protocol, on Dec. 22, Col. Adam Rice, vice wing commander of the 158th Fighter Wing, along with three other Airmen, were finally able to honor Roberge with a flag that flew in the F-35A Lightning II in a small ceremony on the front porch of his nursing home in South Burlington.

“It feels like I’m at home, I couldn’t have a better home,” said Roberge in response to receiving the flag. “Thank you!”

In appreciation for receiving the flag, Roberge honored the Airmen of the wing in his own way, by handing out fresh apple pie he baked earlier in the day to those at his ceremony.

“Thank you for your service to our country,” said Rice while Roberge rendered him a final salute. “We wish you all the best in the new year.”

So happy New Year to Mr. Lenny Roberge, Vermont’s oldest WWII veteran who has now lived through two worldwide pandemics: you are an inspiration to us all.

The day’s guests of honor were centenarian veterans – Lenny Roberge, 106, and Frances Duval, 101.